And the 34-year-old revealed on Monday she’d been hit by yet another blow after her fiancé Alex Richards tested positive for Covid-19.

She shared a photo on Instagram of herself lying on the couch, which she said will be her ‘bed for the next week’ as she and Alex isolate separately under the same roof. 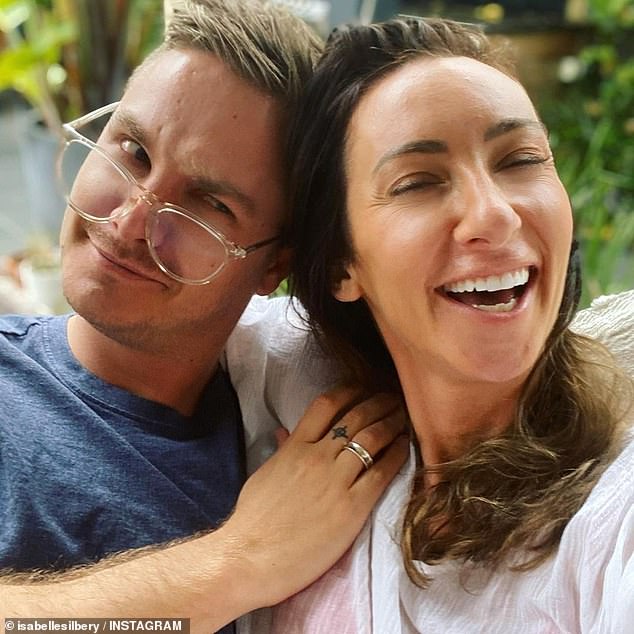 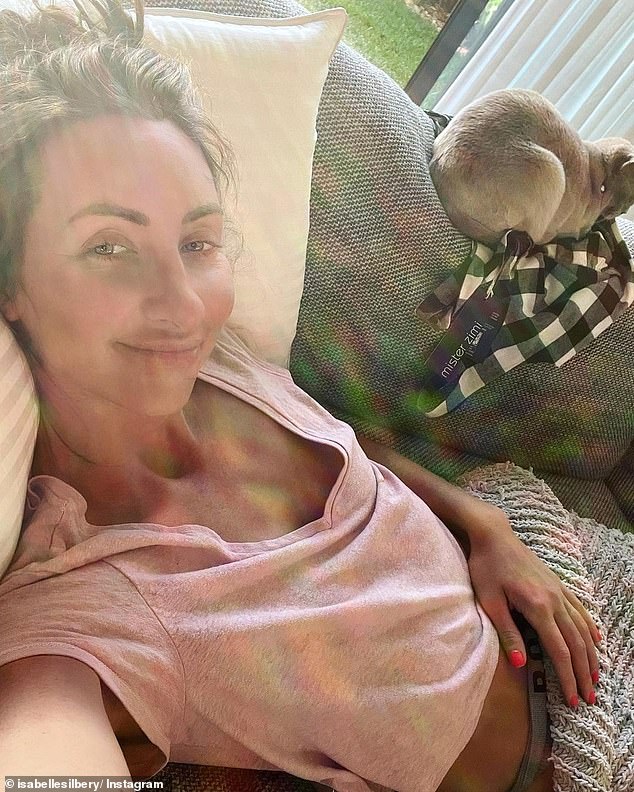 Bad luck! On Monday, she shared this photo on Instagram of herself on the couch, which she said will be her ‘bed for the next week’ as she and Alex isolate separately under the same roof

‘This is my bed for the next week while my man has Covid-19,’ she said.

‘I hate that he’s so sick but all I can do is be here for him, bring him food and write him love notes and spray the s**t out of the house.’

Isabelle, the youngest of the Silbery family on Gogglebox, shared a video of herself delivering dumplings, soda and a sweet note to Alex’s room.

She also urged her followers to show kindness to their loved ones with Covid.

‘To anyone else in this position – get creative, show love, reassure them, appreciate the time alone but monitor the symptoms and get help if needed,’ she wrote. 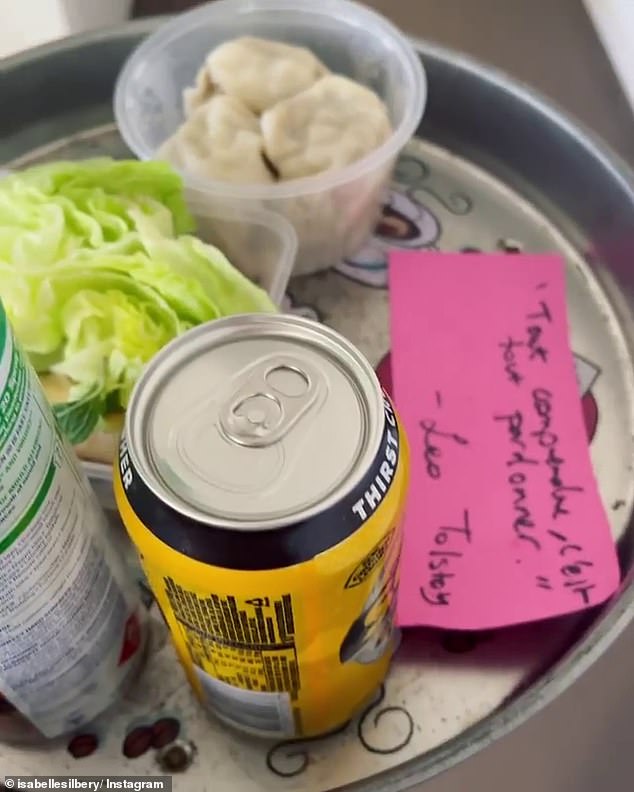 Kind gestures: Isabelle, the youngest of the Silbery family on Gogglebox, shared a video of herself delivering dumplings, soda and s sweet note to Alex’s room

Alex’s diagnosis comes after Isabelle injured herself in a horrific staircase accident.

Isabelle shared a photo to Instagram on Christmas Day of herself posing with Alex, as well as a selfie taken in hospital immediately after the accident.

‘A broken jaw won’t stop me from having a Merry Xmas,’ she wrote in the caption. 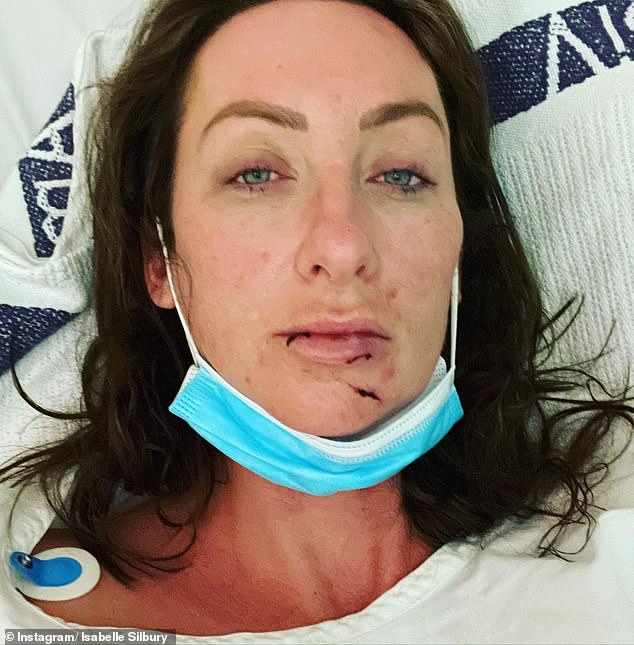 ‘Christmas through a straw’: Alex’s diagnosis comes after Isabelle injured herself in a horrific staircase accident on Christmas Day

‘A steep stair case + drinks + drugs found in my system that I didn’t put there = Christmas through a straw,’ she continued, suggesting she’d consumed a drink that was spiked.

Praising her fiancé, she added: ‘Could’ve been a lot worse so I’m bloody thankful and also for this man [Alex] who is now my live in nurse, chef and just the best career I could ask for.’

Isabelle has had a difficult few months, having announced in November she’d suffered a miscarriage. 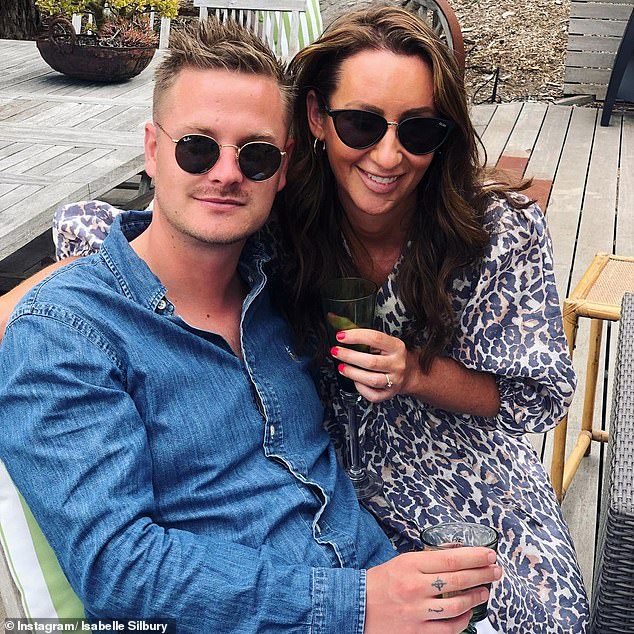 Support: Isabelle hinted she’d injured herself after consuming a drink that was spiked, but praised her fiancé Alex (left) for taking care of her

‘I was pregnant and then I wasn’t. Miscarriage is so hard… and after experiencing it myself recently and hearing the stories of other women and couples, I realise how common it is,’ she wrote to Instagram at the time.

‘I feel that it’s clearly not spoken about openly enough. It’s been a really rough time… the rollercoaster of getting my head around being a mother again and then suddenly having it taken away,’ she added.

Isabelle went on to say she was ‘working her way through it’ with support from her friends and a psychologist. 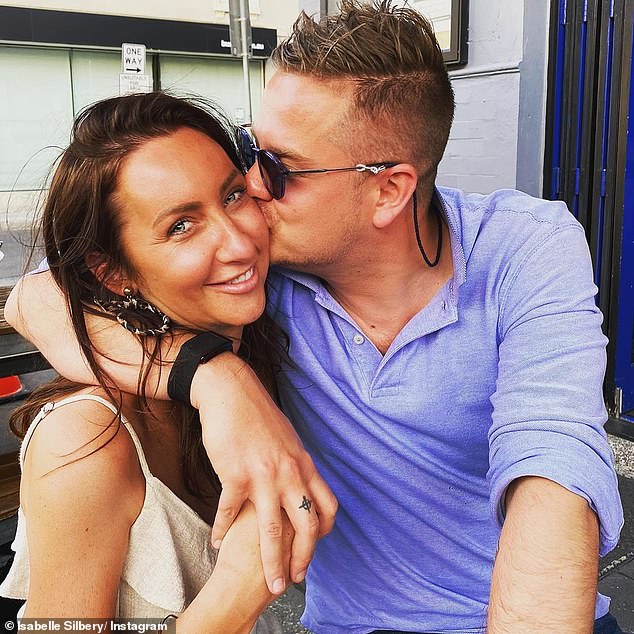 Devastating: Isabelle has had a difficult few months, having announced in November she’d suffered a miscarriage

‘What’s also been challenging is simultaneously supporting myself but also [fiancé] Alex as we process our individual losses,’ she said.

‘We shared our happy news openly with our friends and family early on and we don’t regret this because it’s enabled us to be so well supported as we get through this.

‘I now understand all the amazing women who have been through this and my heart goes out to all of you… wherever you are.’

Isabelle shares a son with ex-husband Craig Silbery, whom she split from in 2017 after five years of marriage. 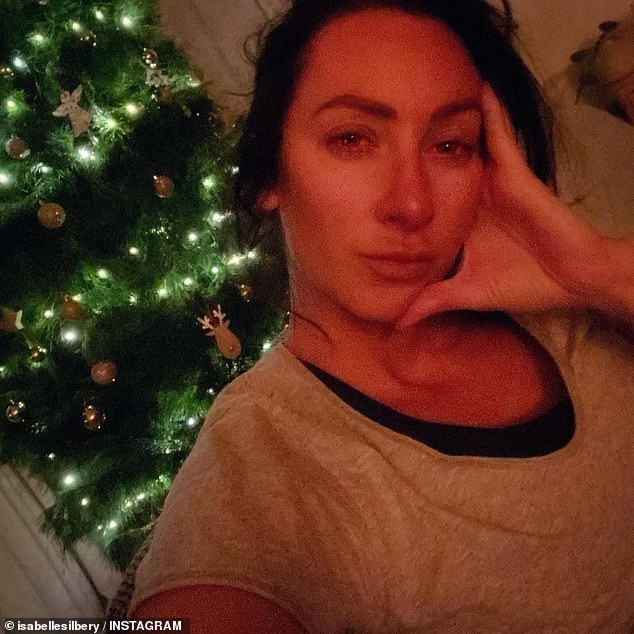 Ordeal: Isabelle is ‘working her way through it’ with support from friends and a psychologist