Hayden Panettiere’s ex-boyfriend Brian Hickerson was seen moving out of the home they shared on Monday, less than a week after she spoke about their troubled relationship, as well as her past issues with drug and alcohol abuse.

Hickerson – who is on probation in connection with domestic violence incidents involving Panettiere – last week told a photographer in Los Angeles that he and Panettiere, 32, are ‘just friends’ and ‘absolutely not’ together anymore. 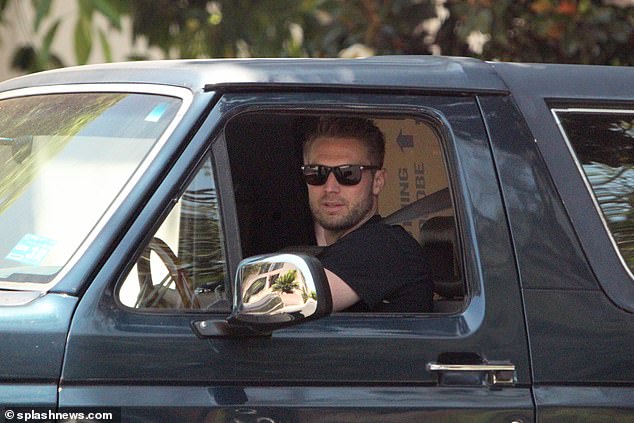 The latest: Hayden Panettiere’s ex-boyfriend Brian Hickerson, 33, was seen moving out of the home they shared on Monday, less than a week after Panettiere, 32, spoke about their troubled relationship, as well as her past issues with drug and alcohol abuse

Hickerson – who had been in an on-and-off relationship with the actress over the past four years – said there was no chance of a romantic reconciliation with the Palisades, New York-born beauty, as he’s ‘looking forward to new chapters’ in his life.

When asked about a public fight he was involved in this past March in Los Angeles, Hickerson said it was ‘not one of the finer moments,’ and that he ‘went to treatment’ and ‘got help’ in the wake of the incident.

The Heroes actress spoke about a number of personal issues in a joint interview with Good Morning America and People, saying she was ‘trying to live in a place of forgiveness’ in regards to Hickerson.

The Nashville actress said her relationship with Hickerson marked ‘a very dark and complicated time in [her] life,’ adding, ‘a lot of women go through what I went through, and I want people to know it’s OK to ask for help.’ 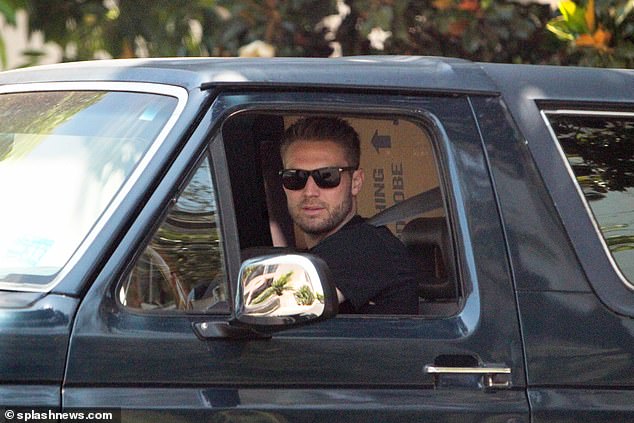 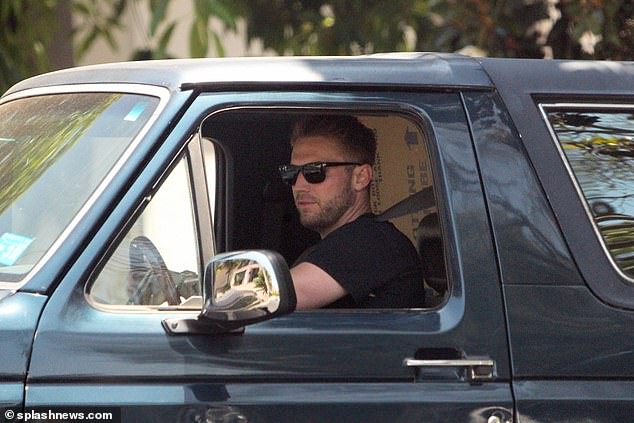 Panettiere said she was ‘trying to live in a place of understanding’ in regards to her history with Hickerson and the multiple domestic violence incidents he was charged with during their relationship.

‘I think [Brian] has done his time and was willing to get help. I think about the things I have done in my life that people forgave me for,’ she told People. ‘Making amends is a really important thing that you learn in treatment. And it gives you a lot of inner peace.’

The I Love You, Beth Cooper actress said she was dealing with alcohol and opioid abuse at the time she and Hickerson began dating.

‘I wanted to party, I wanted to do everything I wasn’t supposed to do,’ Panettiere said. ‘Acting was my life, but I felt so bad about myself that I lost trust in myself. And that is very detrimental. The idea of not having a responsibility was very appealing at the time.’

Hickerson was charged with domestic violence in May of 2019, with Panettiere receiving a protective order in the case, as the charges were dropped. 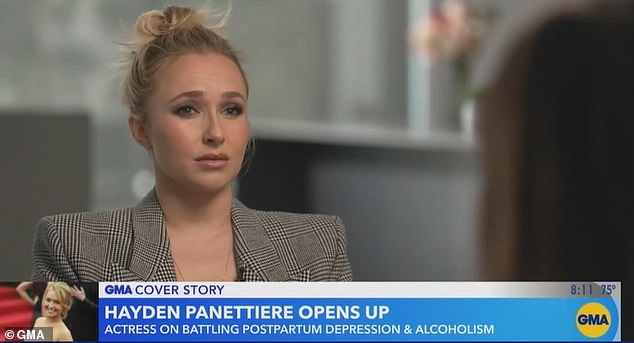 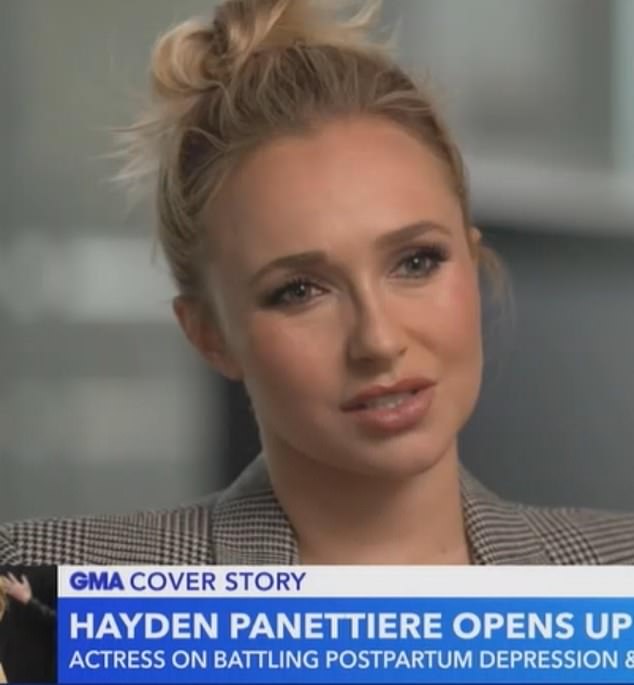 Of her past relationship with Hickerson, Panettiere told People she was ‘trying to live in a place of forgiveness’ 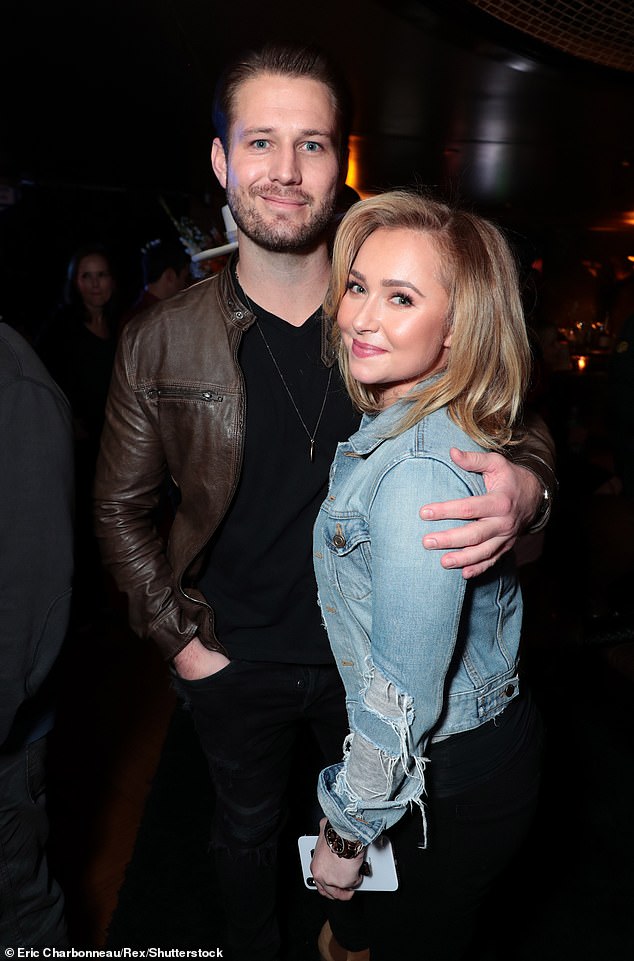 Hickerson in July of 2020 was arrested in connection with eight charges of domestic violence, eventually entering a no contest plea to a pair of felony counts of injuring a partner in 2021, with the rest of the charges dropped. Hickerson was in jail for 13 days in connection with the arrest.

After the arrest, Panettiere put out a statement saying she hoped she could serve as an example for others in a similar situation: ‘I am coming forward with the truth about what happened to me in the hope that my story will empower others in abusive relationships to get the help they need and deserve … I am prepared to do my part to make sure this man never hurts anyone again.’

Panettiere told People that she and Hickerson remain friends in the wake of their stormy past.

‘None of it is OK, and I want to make sure that everybody knows that,’ Panettiere said of the multiple domestic violence incidents Hickerson had been linked to. ‘But I am open to people who are willing to get help and make amends. He’s gone to treatment and done his time. And I’m trying to live in a place of forgiveness.’