Just give us a plate! Instagram account shares the VERY unusual ways food has been served in restaurants – from chips in a miniature trolley to jelly on a sanitary towel

It has become trendy for restaurants and foodie pubs to serve up meals on roof slates or other bizarre objects rather than traditional porcelain plates.

And now the Instagram account We Want Plates has collated the funniest objects used to serve food around the world into a hilarious online account – as well as a book – of a few of the best pictures.

They left social media users baffled, including chips served in a miniature trolley , and chicken noodles and Shepard’s pie served in pint glasses.

Another of the most bizarre includes one experimental Japanese restaurant, whose team thought it would be a good idea to serve red jelly on a sanitary towel.

Meanwhile another restaurant served reindeer meat on top of an antler for the full effect. 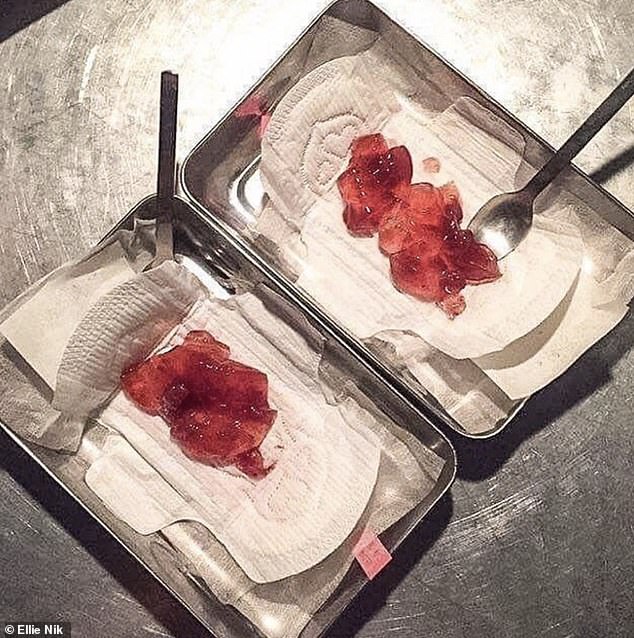 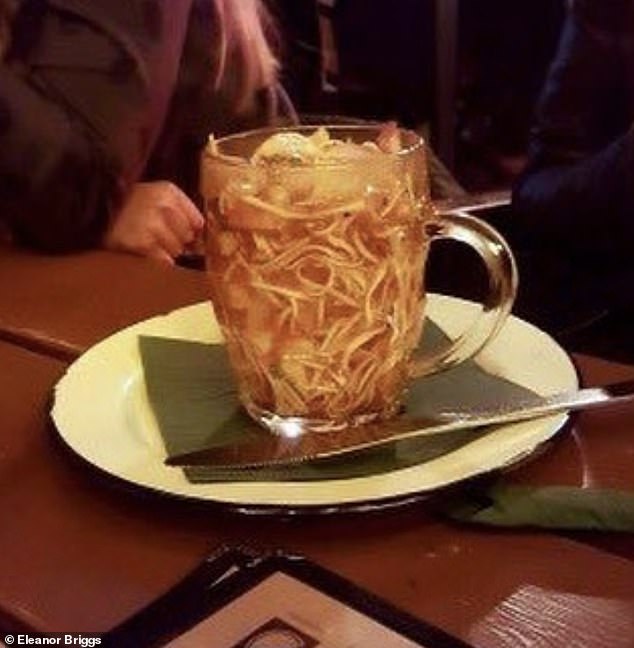 YUK! This sweet and sour chicken dish was served in a very unconventional pint glass in a pub in an unknown location 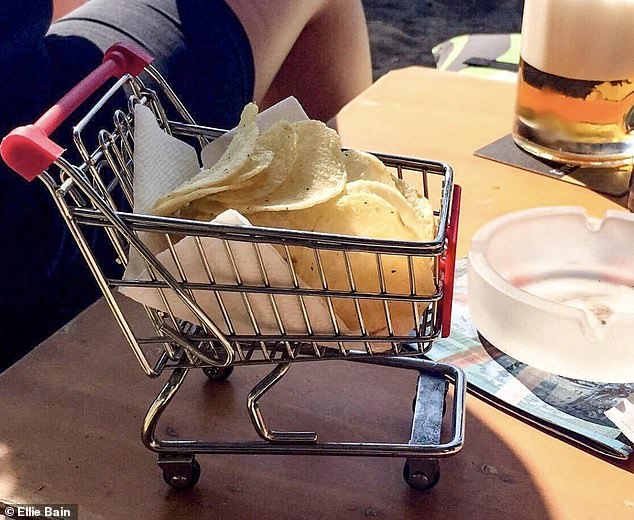 Tiny! Ellie Bain shared a snap of some crisps she had ordered from a pub that arrived in a miniature trolly 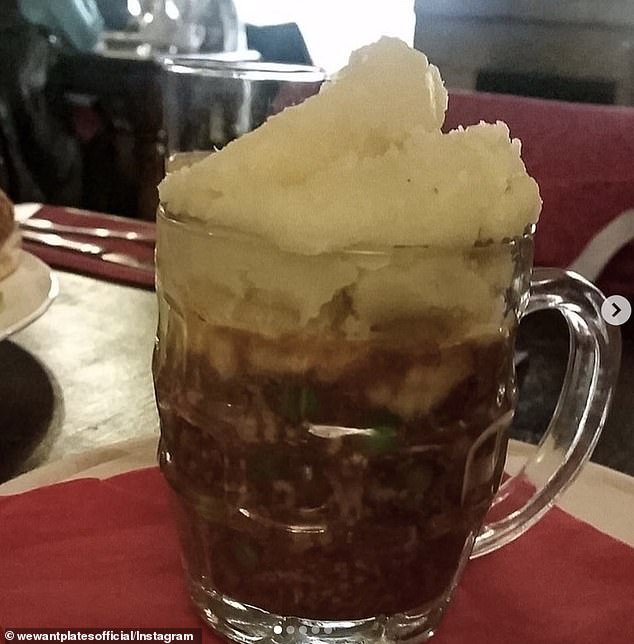 Vile! Another person shared a tragic snap of an unappetising Shepard’s pie served out of a beer glass 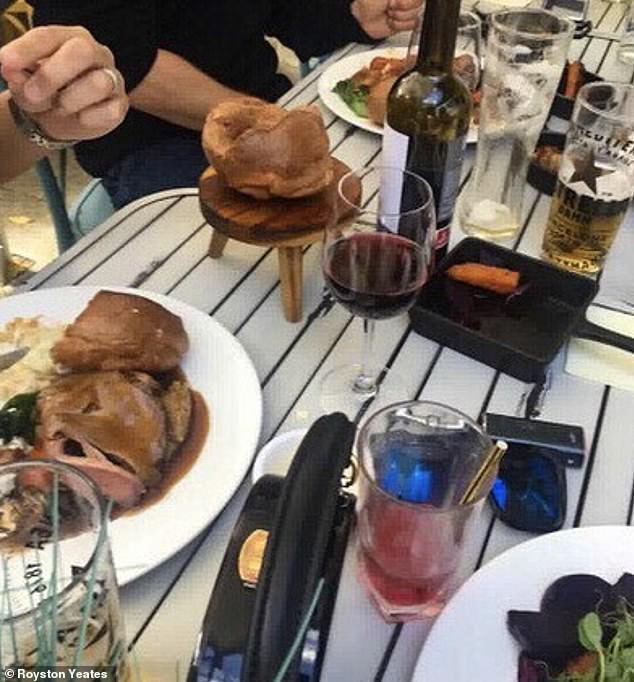 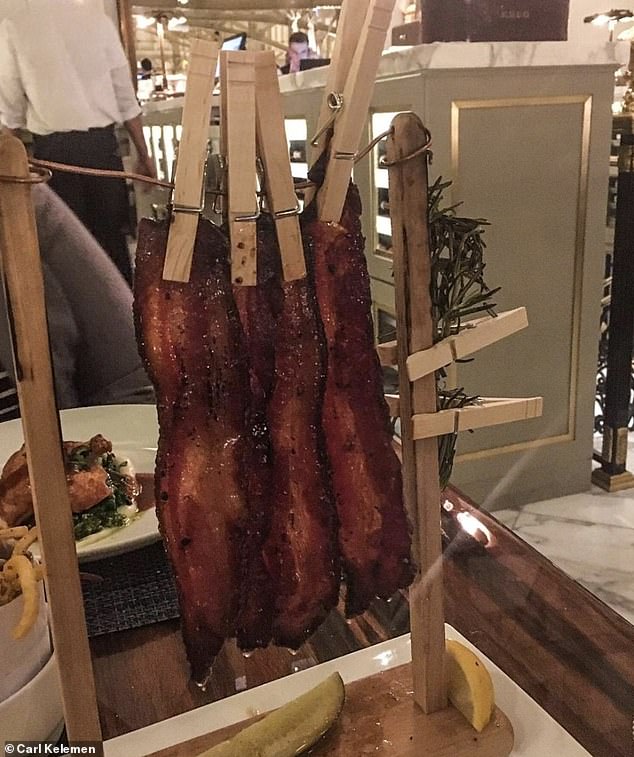 Drying: Carl Kelemen, from the US, was served a washing line full of bacon while out for dinner with friends 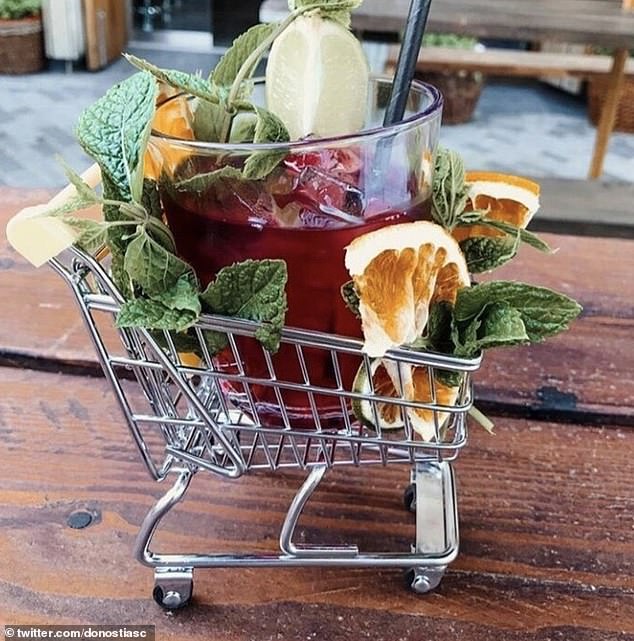 One pound for the trolly! Paul Belcher, from London, was served his cocktail in a miniature troll and it was embellished in fruit and leafs 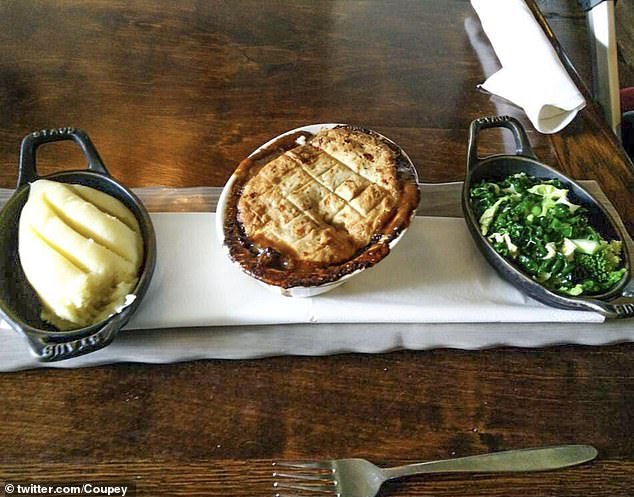 Lots of washing up: This man, from Sheffield, was given his meal is three separate dishes which were all placed on a slate 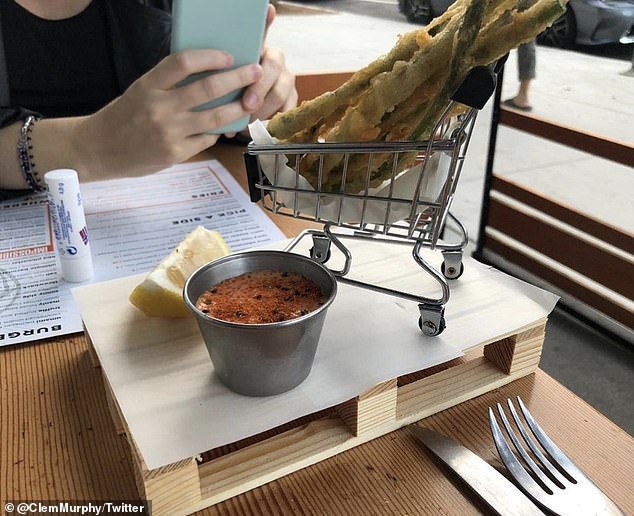 Little building site: Clem Murphy, from London, was served his asparagus tempura in a tiny trolly which was placed on a little palette of wood 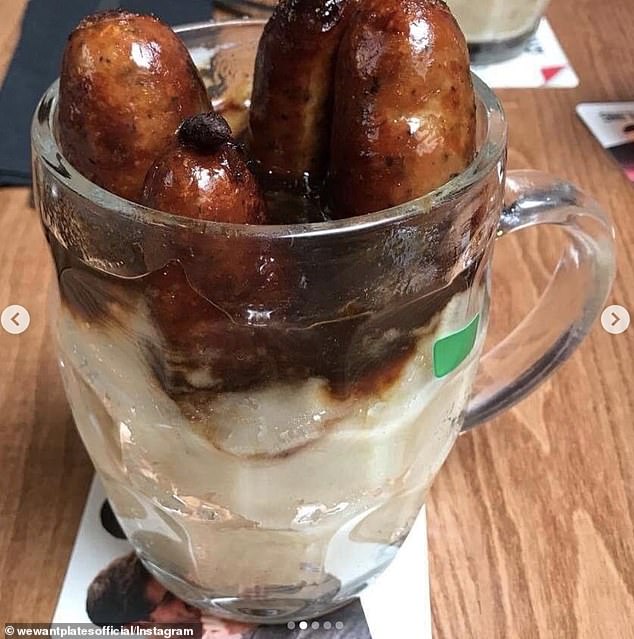 Appetising! This person, from the UK, was served their bangers and mash in a pint glass from a pub 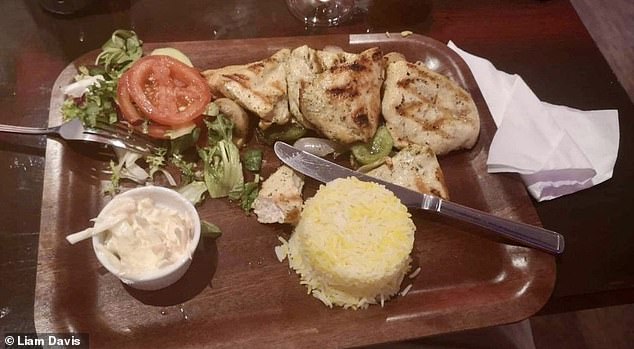 No thanks! Liam Davis, from Hull, was served his chicken, rice and salad dinner on a school dinner tray 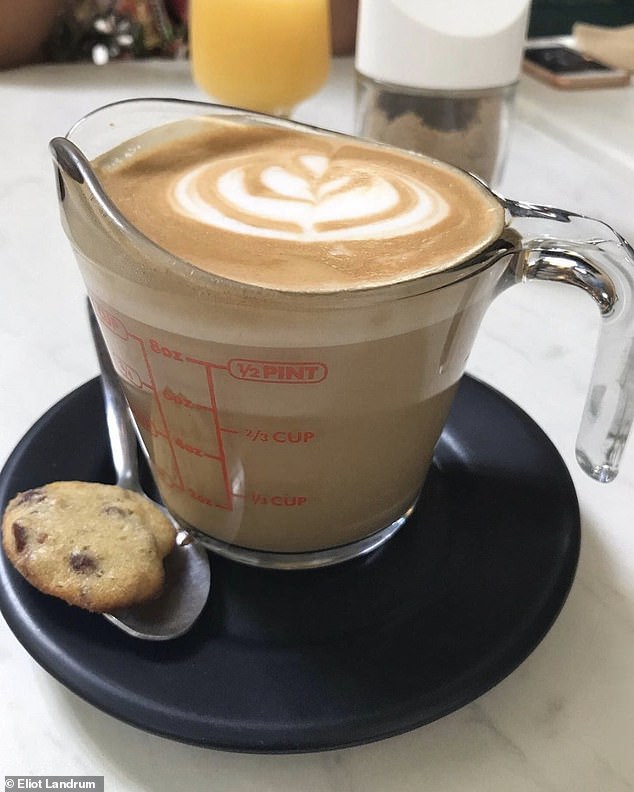 500ml of coffee please! Eliot Landrum was served their coffee in a measuring jug while out in a cafė