Horror as woman is sexually assaulted while asleep in her own home, as police launch probe and release man, 26, on bail

A sleeping woman was sexually assaulted after a man broke into her home with police launching a probe and releasing a 26-year-old man on bail.

The assault happened in the early hours of Sunday morning in Warrington, Cheshire.

A female occupant, who had been asleep, was attacked by an unknown man, according to police.

The MEN reported that officers arrested a 26-year-old man in connection with the incident who has now been released on police bail.

Detectives probing the incident from Cheshire Constabulary are looking into numerous lines of enquiry.

They have told residents to be vigilant and keep their doors and windows locked. 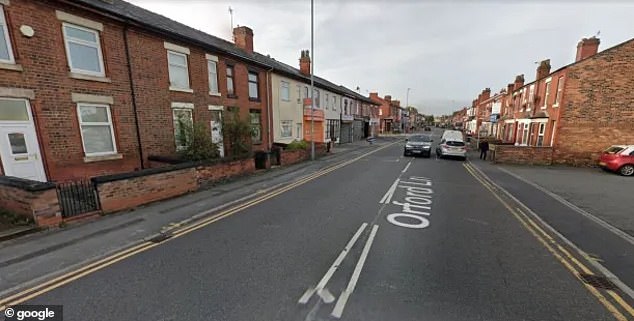 The assault happened in the early hours of Sunday morning in Warrington, Cheshire, pictured

This is a breaking news story. More to follow…