An entrepreneur has opened up about how he went from cleaning airports to running a multi-million dollar IT company.

Aamir Qutub, 33, grew up in a small town in India known as Saharanpur, and moved to Australia ten years ago to study a Master of Business Administration.

He would go on to become the general manager of a tech firm at just 25 before launching his own business which now employs 100 staff and is worth $2million.

But his road to success was far from smooth, at one point submitting 300 job applications without landing a single interview, and he now advises young entrepreneurs to embrace their failures in order to learn how to succeed. 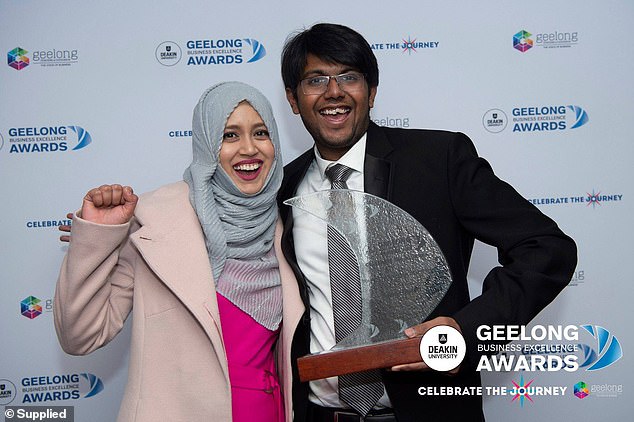 Aamir Qutub, 33, (pictured with his wife) grew up in a small town in India known as Saharanpur, and moved to Australia ten years ago to study a masters of business administration 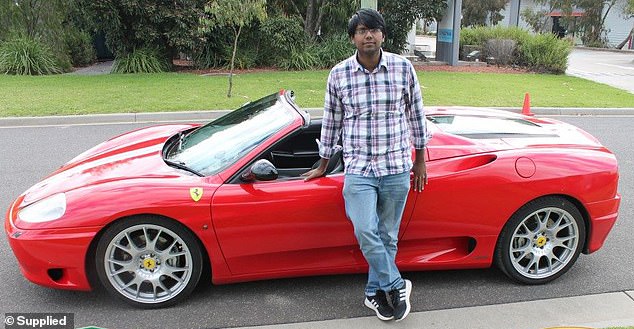 ‘It was very scary moving here because everything was new for me and my English was not great,’ he told Daily Mail Australia.

‘It was hard to find jobs without experience, every job required previous experience but I didn’t have any because I just moved here.’

Mr Qutub decided to broaden his horizon and ended up working as a cleaner at Victoria’s Avalon Airport.

As well as running his company,  Mr Qutub set up Entrepreneurs Geelong Network, a group of around 200 entrepreneurs.

He had also been appointed as Member Geelong Authority to provide advice on land use and development in Central Geelong.

He is the Secretary of Pivot Summit, which bring Australian and international thought leaders together to share insights on the future of digital

He spent six months there but eventually left to try and start his own software business.

Mr Qutub would travel three hours to get to uni, spend the day studying there, the afternoon trying to network and from 2am to 7am would pack and redistribute newspapers.

‘I was exhausted but I was excited to see where it would take me,’ he said.

In his final year of study, Mr Qutub landed an internship at tech company ICT Geelong, and within 15 days he was promoted to operations manager.

His flair for the business saw him work closely with the general manager and when a position opened up in the role after just under two years, the university graduate became the interim GM.

‘I felt a bit overwhelmed but it was like that moment in the Pursuit of Happiness film where he finally gets the job – it felt amazing,’ Mr Qutub said.

The interim title was dropped and he took over the role permanently increasing the company’s revenue by 300 per cent, and doubling its membership.

Mr Qutub then decided to put all his efforts into launching his own business.

The dedicated entrepreneur spent countless days handing out flyers at bus stops and train stations hoping somebody would give him a chance.

That day came when he met a man on the train who was running his own small business. Mr Qutub created a software app that saved the man’s business $10,000 each month. 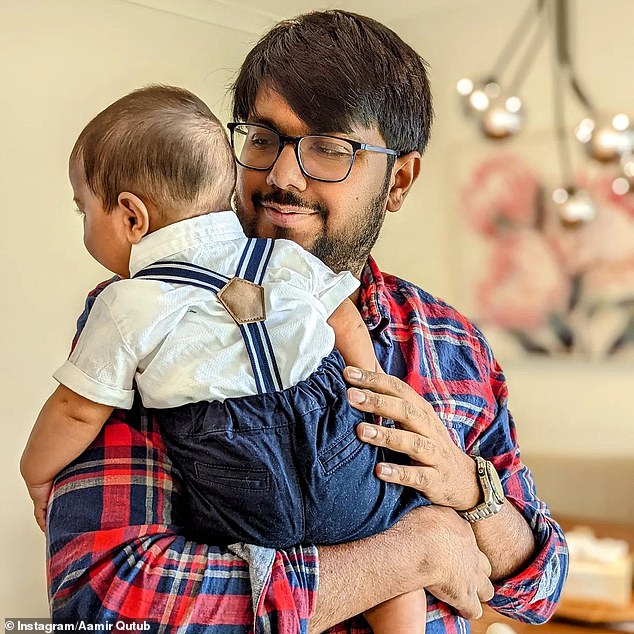 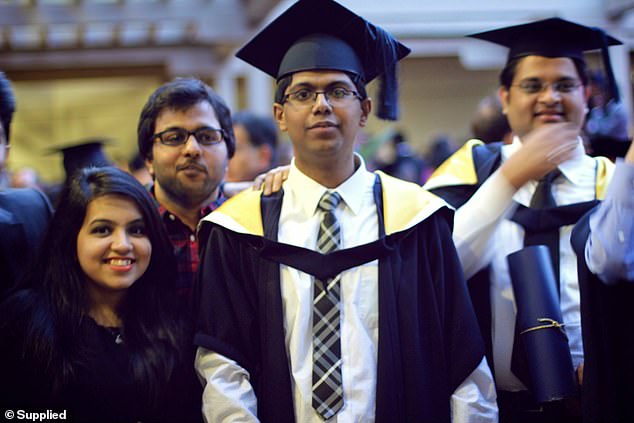 He created his company Enterprise Monkey Proprietor Ltd in 2014 with just $2,000 in his pocket, with the business initially running out of his brother-in-law’s garage.

‘The biggest challenge was finding clients, I was new to the country and I didn’t know how to do business,’ he said.

He now has a team of 100 staff, 80 of whom work remotely in India, with the aim of his business to create software apps that help companies save money and increase revenue.

‘I always wanted to be successful, I just wanted to pursue what I loved and I had this belief in myself,’ the 33-year-old said.

He said his father had wanted him to take up a government job and noted there was a real ‘stigma’ around failure in India. 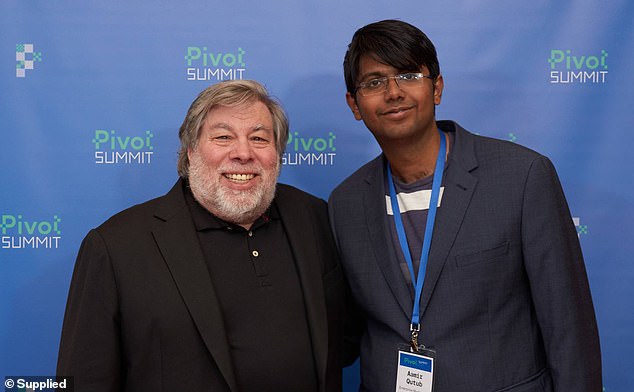 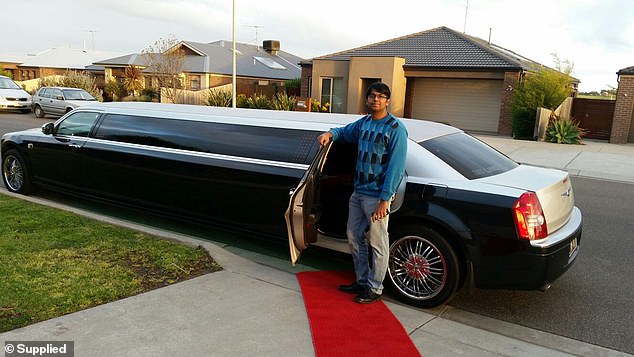 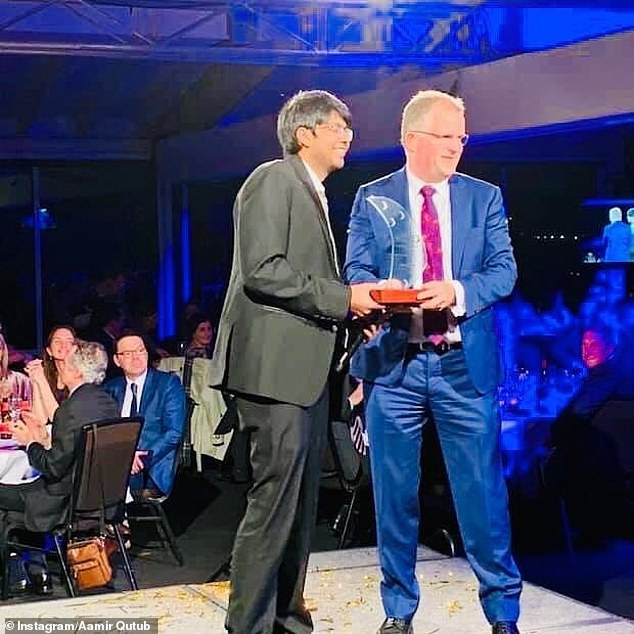 Mr Qutub is seen receiving one of many awards in business

‘In India it’s all about qualifications that you have and generally when you do a good degree at uni you get a job, but over here it’s not about education, it’s about skill set,’ the CEO added.

‘Australia has a nice work-life balance, in India and even the USA, it’s all about earning money and getting promotions.’

While Covid didn’t affect his business much as most of his team work remotely, Mr Qutub decided to create an app called Angel Next Door which allowed neighbours to ask for help for things like groceries or medicine when they were isolating.

Mr Qutub, who now has a nine-month-old son with his wife, said he encourages aspiring entrepreneurs to embrace their failures.

‘It’s a long journey but rather than be worried about reaching the destination, enjoy the journey and enjoy the ride,’ he said.

‘You’ll have failures but it’s all about embracing them.’ 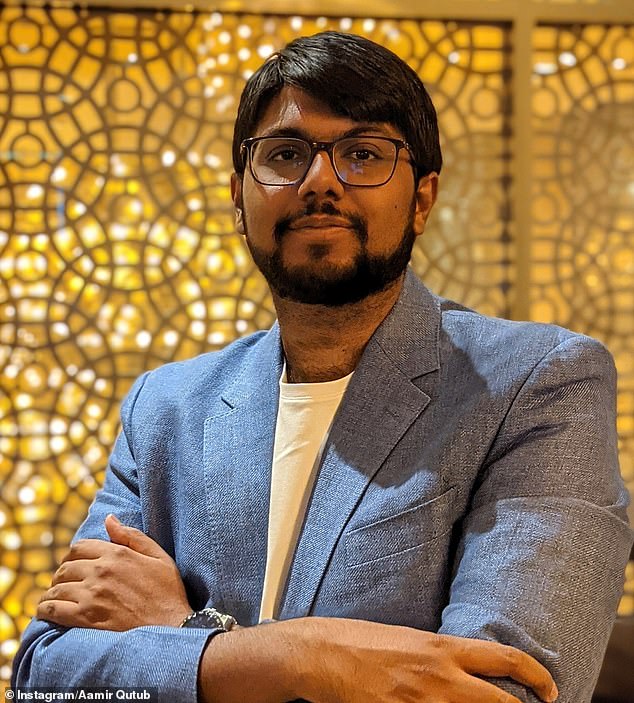 Mr Qutub, who now has a nine-month-old son with his wife, said he encourages aspiring entrepreneurs to embrace their failures