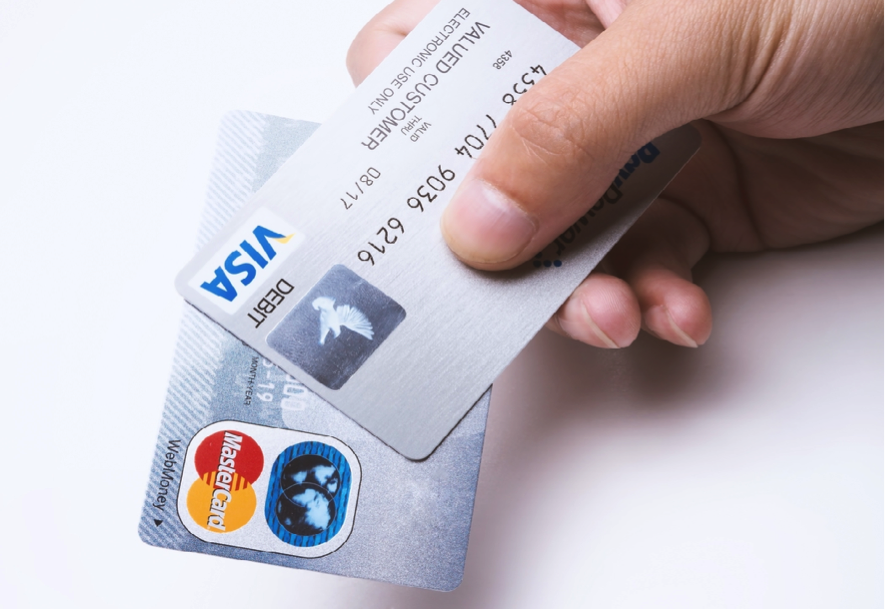 How to use Credit Cards in Japan!

The use of Credit Cards in Japan is not exactly popular even though it is one of the most developed countries in the world especially with regards to advancement in science and technology.

One would have expected that the most acceptable means of payment would be through credit cards in Japan but is it not the case. Japan is still a cash-based society to some extent. Local stores, pubs, historical sites, parks, and other relaxation centers are likely to frown at making payments via your credit card(s).

A 2016 study revealed that 84% of people have credit cards in Japan but only 66% percent of credit cards and other forms of cardholders use them for transactions. 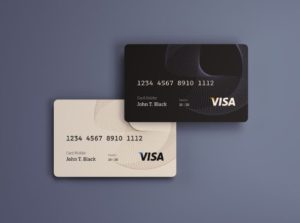 However, if you are in a city like Yokohama, Tokyo, Osaka, Kobe, Hiroshima among others, restaurants, hotels, stores, cinemas would most likely accept payments through credit cards.

The use of credit cards in Japan has significantly increased due to the Olympic and Paralympic Games which will be hosted in Tokyo later this year.

Unfortunately with the ban on visitors or fans attending the games due to the COVID-19 pandemic, there should be a shortfall in the use of credit cards during the games.

Expectedly, Mastercard and Visa credit cards are the most acceptable in Japan. You can use any of these cards at restaurants, shopping malls, hotels, train stations, etc.

The JCB Credit card is also acceptable for making payments. It is Japan’s credit card, it is accepted in over 190 countries and it boasts of about 80 million cardholders.

Some stores and other businesses also accept American Express and Union Pay credit cards but the aforementioned credit cards are the most used in Japan.

Places where you can use Credit Cards in Japan.

Only major Taxi companies accept payments for trips via credit cards in Japan. Most local taxis prefer you pay in cash rather than using any of the cards.

It is always advisable to ask the driver of the taxi directly if he or she accepts payments via cards or not. 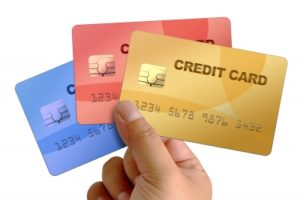 Most privately-run businesses in Tokyo, Osaka among other major cities accept credit cards in Japan.

However, some might decline based on the period of the day. Therefore, it is good to ask one of the employees or cashiers if they not only accept credit cards but also whether they acceptor them at that particular point in time you are about to use it

They gladly accept credit cards in shops like this. Usually, they put up a sign to inform you that credit cards are accepted for payments.

They also accept credit cards. You can use your card to make payments after use or to make reservations. But some lodgings only accept cash payments.

The point is, it is better to have cash and credit cards so as not to run into trouble especially with the locals. This is not to say that they are hostile and unaccommodating but to be on the safe side, make sure you have both cash and cards if you are planning to visit Japan anytime soon.

It is most unlikely to apply and get a credit card in Japan as a visitor or foreigner and the reasons are not to understand.

Japanese credit card issuers do not use the credit agencies and history in your home country even though you might have a very good credit history. They only use one called JICC.

Again, issuing a foreigner a credit card is quite risky because you are just a flight away from leaving the country which means they won’t get their money back once you leave the country.

As a result of you not having a credit history, it might be extremely difficult to get a credit card in Japan. However, there are alternatives you can try out.

You can apply for the Prepaid Master or Visa or a debit card.

Also, you can load your IC card with any amount you want. The IC card can be used to make payments for transport fares and it can also be used in local stores in Japan.

How Credit Cards in Japan are different from others

Unlike other counties where you can spend the money on your credit card and repay when you like or defer payments, Japanese credit cards require full payments.

The billing cycle for most consumer credit cards starts from the 16th of a month to the 15th of the next month. The account summary on the card will be sent on the 30th while the payment will be automatically debited on the 10th of the following month with no interest charged since one is paying in full.

While making payment for purchases, you can decide to make part-payment for the item but you will have to make this request at the credit card section of the point of sale.

The interest on the payment will depend on how you split your payment. The total interest you may pay ranges between 12%-17%.

With the low limits, you can only use them to buy food, drinks at the restaurant or make regular payments. However, except you choose to pay in installment, you can’t use the limit to buy travel tickets. 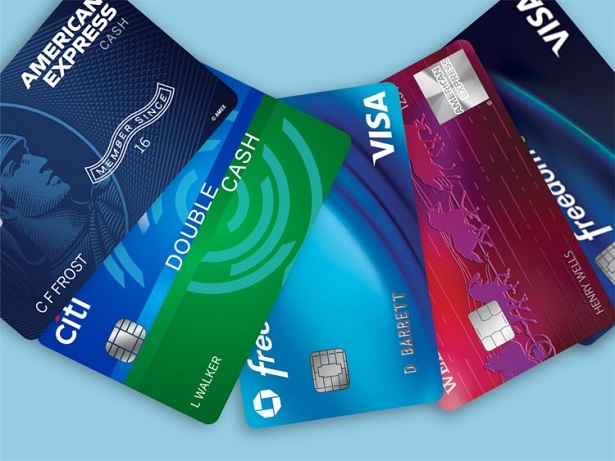 Advertisement 10 Credit Cards with Easy Approval in 2021 What is a Credit Card?  A small piece of plastic card with a microchip that allows you to buy items, pay for bills, travel and do other things on credit with the contractual agreement to pay later. In other words, it is a short term loan. … 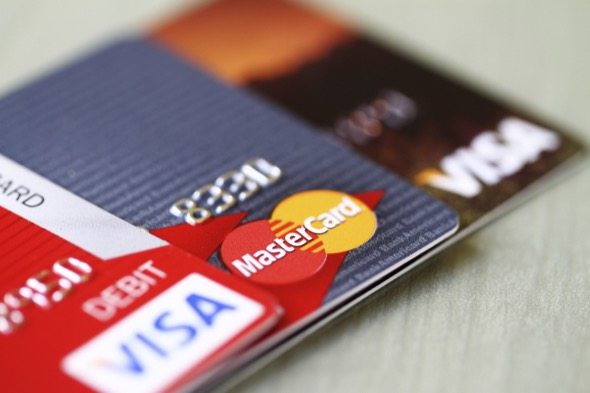 Advertisement Check out 10 Credit Cards with no credit you can apply for For one to be considered for a credit card conventionally, a good history plays a huge role before the issuer will grant you one. However, for people that have not applied for one or have no credit history, all hope is not… 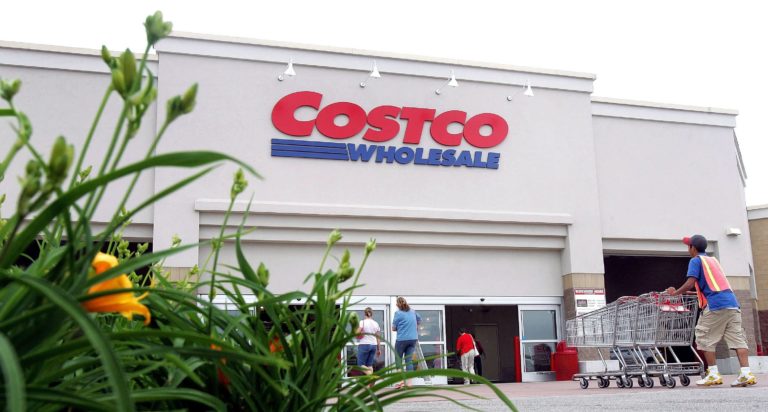 Advertisement A list of Credit Cards Costco accepts Shopping has become easy especially with the swift payment systems either offline or online. Gone are the days where you have to use fiat or physical money in purchasing items. Card payments, either credit or debit is the way to go if you don’t want to use… 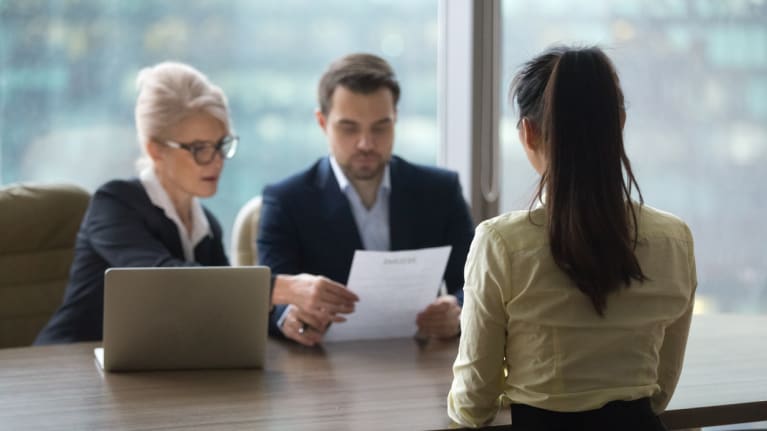 Advertisement 4 things you should look out for when at a job interview  By Bayo Adeyinka An interview is a two-way street. The candidate being interviewed is also interviewing the company. This is more so for experienced hires who need to check out a prospective employer before committing. For someone like me, it’s not about… 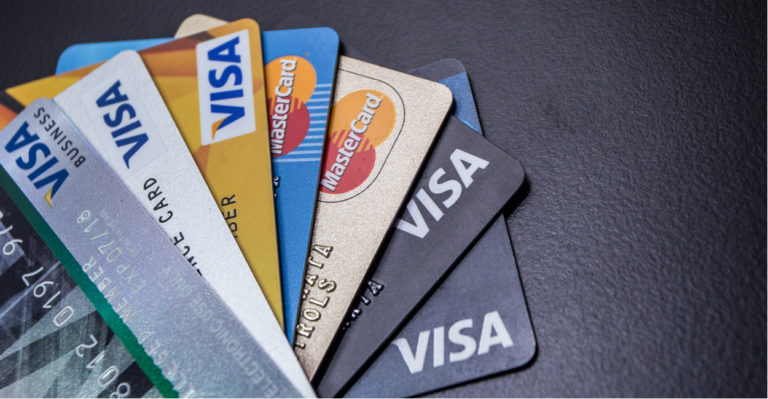 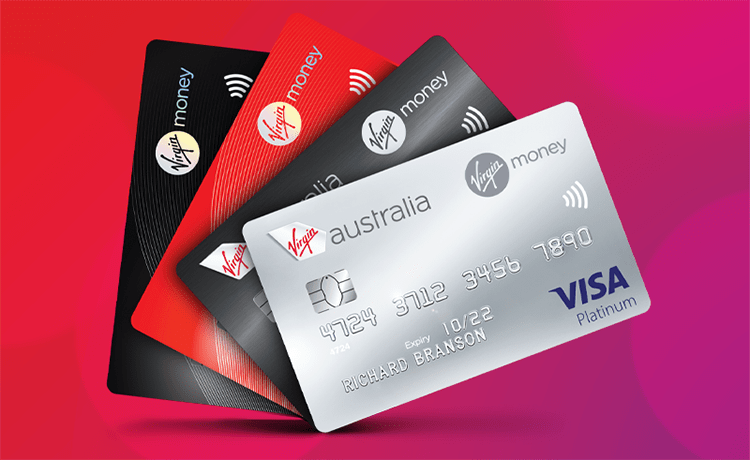 Advertisement The Virgin Money Credit Cards are a specially made brand of cards designed to meet the specific needs of customers. Powered by one of the biggest international payment channels in the world, Visa, these cards provide irresistible offers to customers. So whether you’re looking for a card that allows you to turn your everyday…