Inside Olympic swimmer Giaan Rooney’s new family life on the farm complete with mud, floods and zero glamour: ‘We love it’

Former Olympic swimmer Giaan Rooney has revealed that her new life on the land has not been easy.

The 39-year-old Gold medal winner and mother of two sold up her gorgeous Gold Coast property last May to take up a life as a macadamia farmer with husband Sam Levett.

And while the champion adores the tree-change, the extensive flooding in the region around their property has presented big challenges. 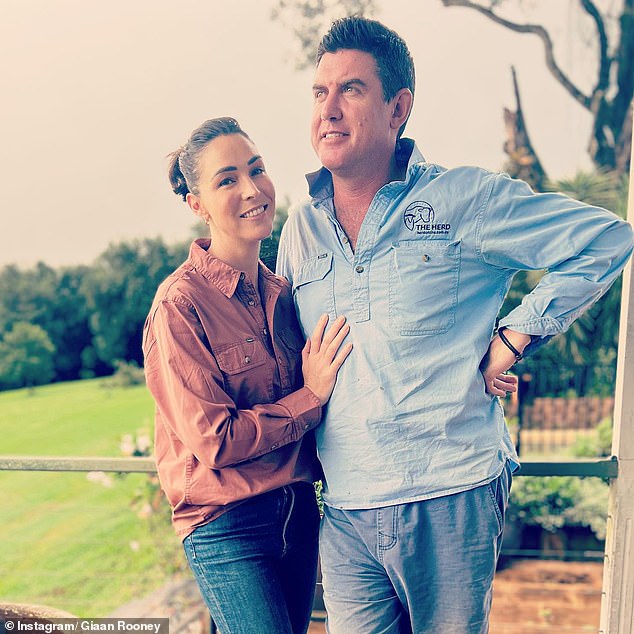 Former Olympic swimmer Giaan Rooney revealed The Daily Telegraph Saturday that her new life on the land has not been easy, but she loves it. Picture: Giaan and husband Sam

In an interview with The Daily Telegraph on Saturday, the television presenter said that their farm in Clunes, in Northern NSW, has received more than twice the yearly rainfall since January.

‘The mud is next level,’ the beautiful brunette explained.

‘Our farm workload has doubled if not tripled, our machinery needs cleaning every day, the harvesters get bogged and need pulling out every few rows and our de-husking equipment blocks constantly due to wet nuts.’

Falling macadamia prices have added to the couple’s troubles. 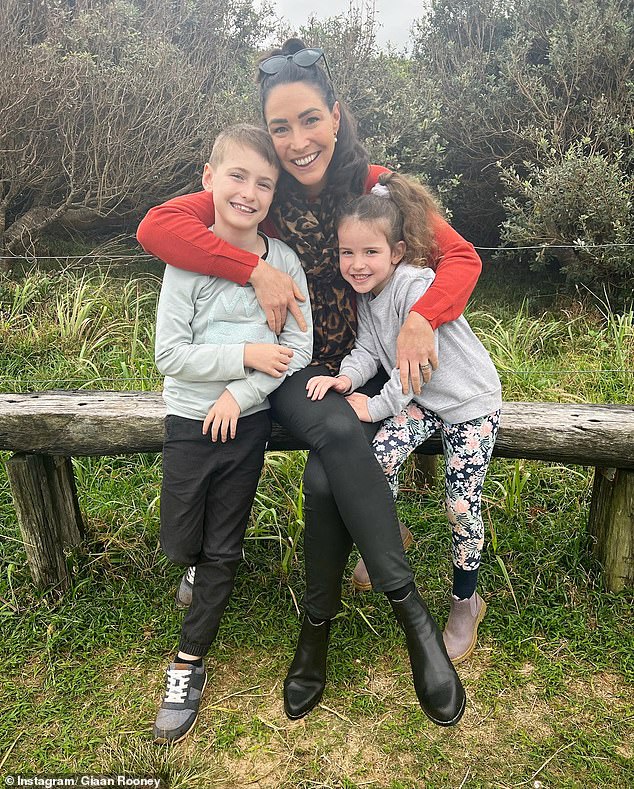 The 39-year-old Gold medal winner and mother of two sold up her gorgeous Gold Coast property last May to take up a life as a macadamia farmer. Picture: Giaan with the children she shares with husband Sam, Zander, eight (L), and Alexa, five (R) 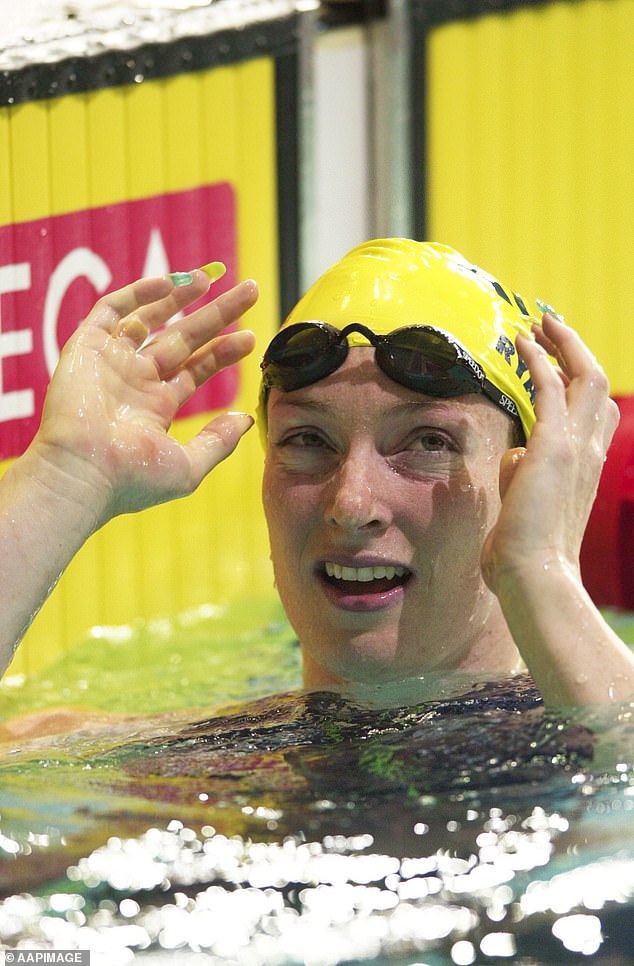 Giaan rose to fame at the 2004 Summer Olympics after breaking the world’s record for the women’s 4×100-metre medley. Picture: Giaan at the 2002 Commonwealth Games

But Giaan says that compared to so many other farmers in the region, which is near the recently devastated Lismore, they have been lucky.

‘In terms of what we have gained, it’s been amazing – we just absolutely love it,’ she said.

Elsewhere in the chat, Giaan said that she was not by nature, a glamorous person, and it was an image she had to work at.

‘I’m actually far more comfortable with dirt under my fingernails and a pair of old boots on – all of a sudden, it’s getting harder and harder to get to the glamorous Giaan,’ she said.

The retired athlete, who rose to fame at the 2004 Summer Olympics after breaking the world’s record for the women’s 4×100-metre medley relay, shares Zander, eight, and Alexa, five, with husband Sam. 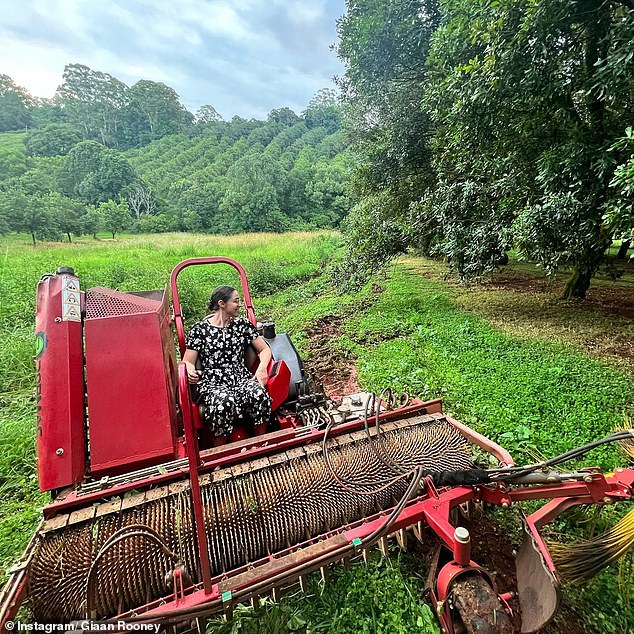 Giaan says she and the family love life on the farm

The couple moved to the farm after they sold out on the Gold Coast, where they scored an impressive $2.206million for their waterfront home on Broadbeach Waters.

Giaan had originally bought the property for $860,000 in 2015. In December 2020 she announced the purchase of the macadamia farm in Northern NSW.

‘Are we nuts?!? Absolutely,’ Giaan wrote in her post at the time.

‘So in a year that has been so horrific for so many, we have been well and truly blessed… This year has forced us to reassess, prioritise and appreciate what we have like never before and I am so truly grateful for my health, my family and for where I live.’ 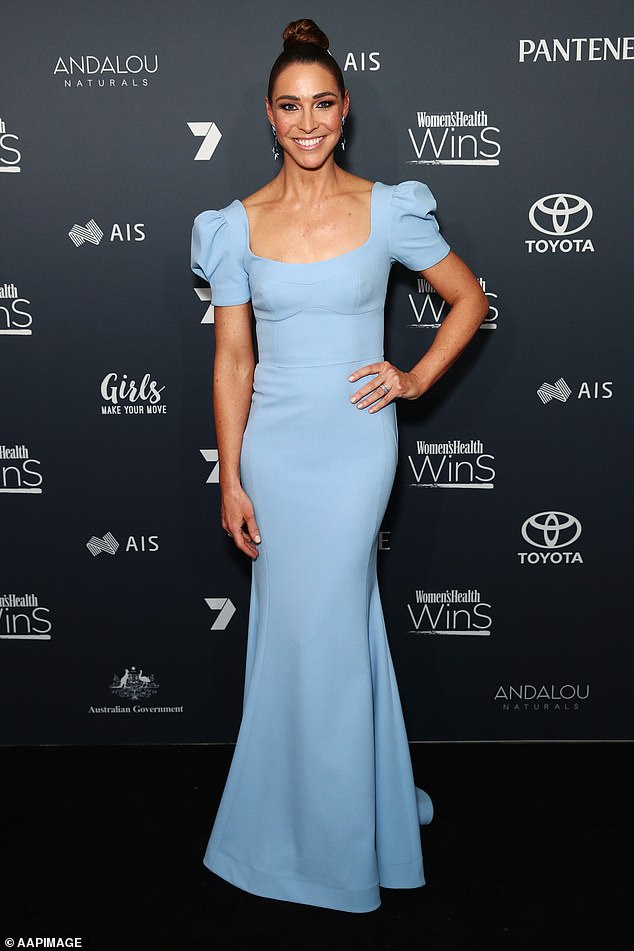