Irina Shayk pulled off a simple and comfy all black outfit as she was seen out running errands in New York City earlier Friday.

The former Sports Illustrated Swimsuit model wore a thick sweatshirt to make a few stops in the big apple.

The star’s style easily draws attention, from her simple streetwear to her classy ensembles at glamorous events. 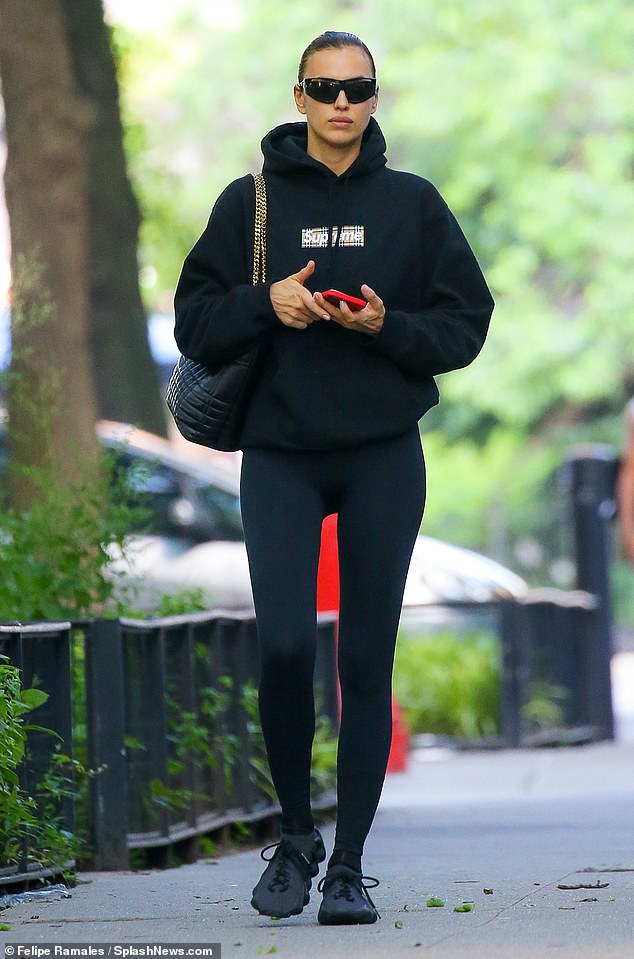 Glamorous: Irina Shayk, 36, looking stunning in a pair of simple black leggings and a hoodie in New York City on Friday

The 36-year-oold donned a black Supreme hoodie for her early morning errands.

She added a pair of plain black leggings and comfortable sneakers of the same color for walking around the busy city.

Her black shoes appear to be a pair of Yeezy 450 dark slate trainers, which can range around $260. 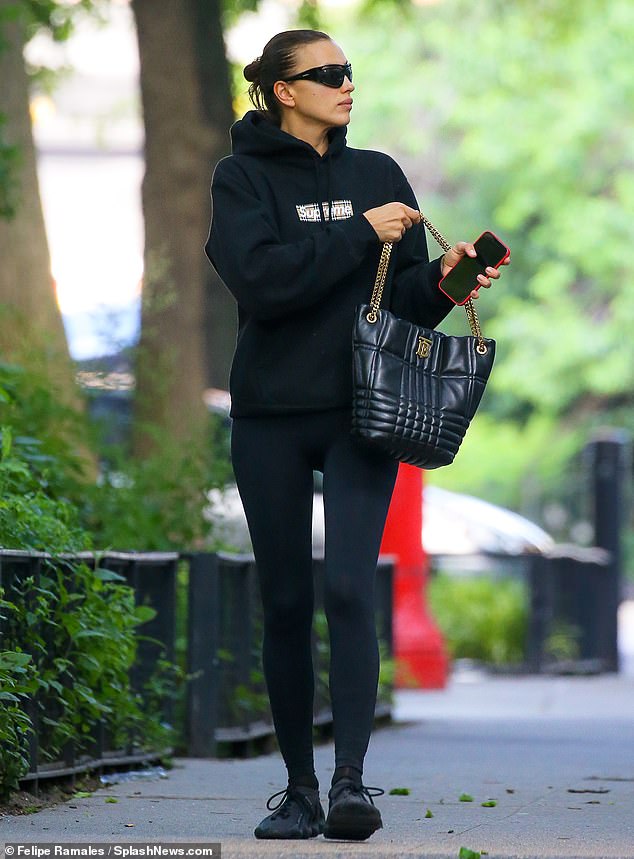 Fabulous and chic: The supermodel looked gorgeous in casual streetwear as she ran some errands in NYC

The beauty carried a black Burberry Lola Bucket Bag with gold chain straps over her shoulder.

The price of the luxury bag can range around $1,950 depending on the size of the purse, according to the brand’s website.

Her brunette hair was pulled back into a tight, sleek bun to keep any loose strands from falling onto her face.

She added a pair of black sunglasses as she walked under the early summer sun. 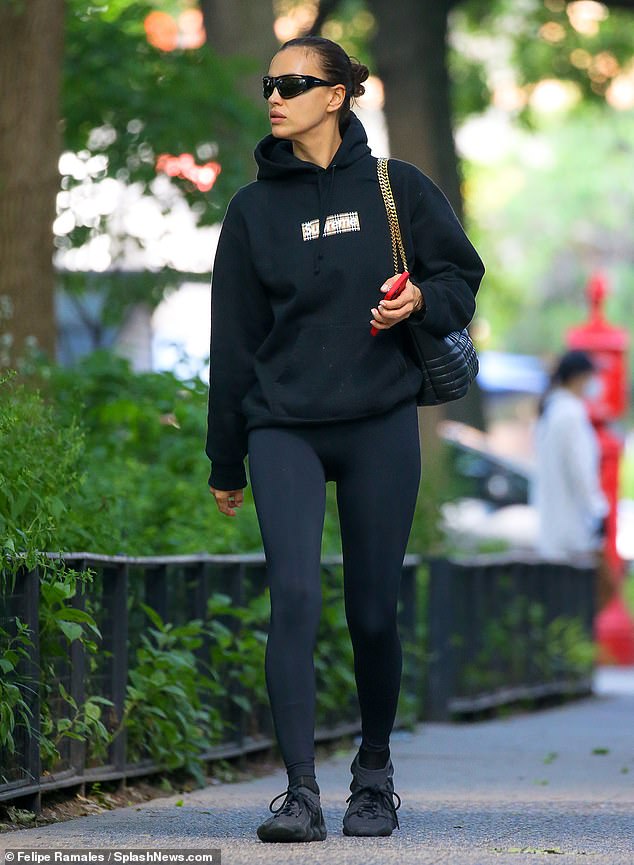 Running errands: The Victoria’s Secret model donned leggings and sneakers to easily make a few stops in the city

Irina chose to not add any excessive jewelry to her look, keeping the overall outfit simple and comfy.

She has been quite busy and recently worked on a new campaign with Jean Paul Gaultier.

The collection is called Evidemment and consists of a mix of summer fashion pieces and swimwear. 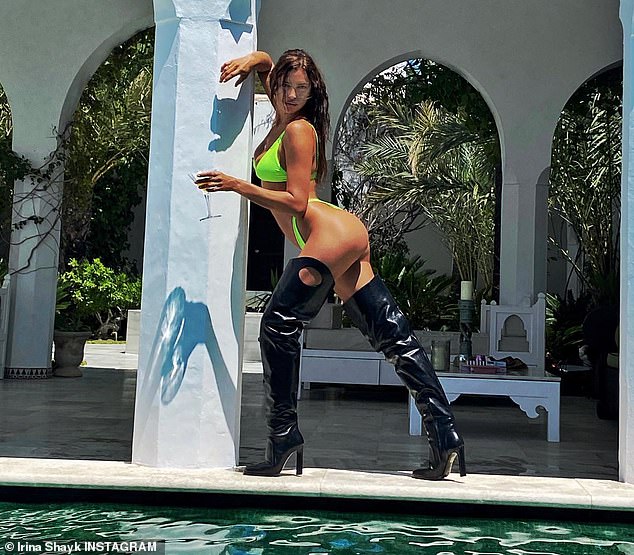 Vogue pose: The supermodel has been seen modeling for multiple swimwear brands throughout her career

In an interview with British Vogue, Irina opened up about starting out in the modeling industry at a young age, and going to Paris to model when she was was 19-years-old.

‘It was an apartment with eight models sharing two bathrooms,’ she explained. Although she didn’t make a lot of money and some days, couldn’t afford to eat, Irina added, ‘But, you know, it was the most beautiful time I’ve ever had.’

She also shared that she stuck true to who she was and didn’t follow society’s standards to lose a lot of weight to be a model.

‘I didn’t feel pressure to lose kilos and color my hair, and I always, still now, stick to that. I think the industry’s changing for the better,’ the Burberry model stated. 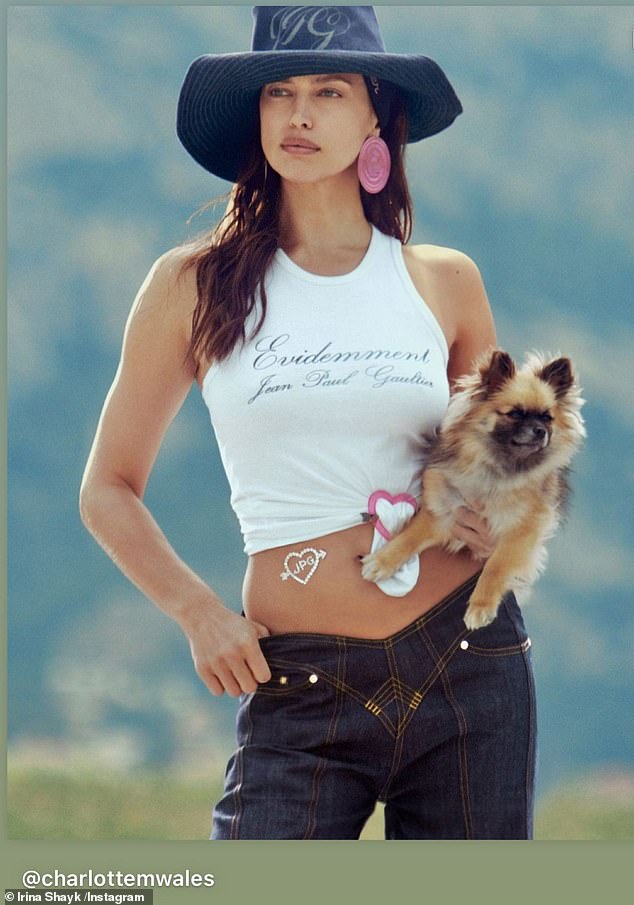 Beautiful: Irina has stayed true to who she was and always tried to stick to a healthy mindset and weight as a supermodel

The model also weighed in about her past relationship with Bradley Cooper. They two began dating in 2015, and their daughter, Lea, was born two years later in 2017.

In 2019, the couple split. However, the former couple still stay in touch to be good parents for their daughter.

‘Life after Bradley is definitely reflective, and I think in all good relationships you bring your best and your worst, it’s just the nature of a human being,’ she told the publication. 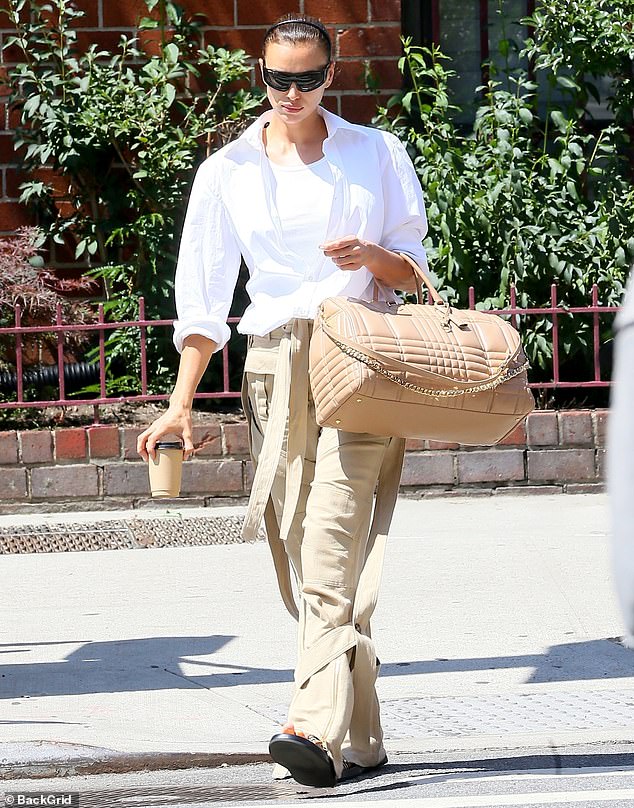 Classic:  The Love Advent actress later changed into a classic white button down blouse with a white t-shirt and beige cargo pants with a large neutral toned bag and sandals 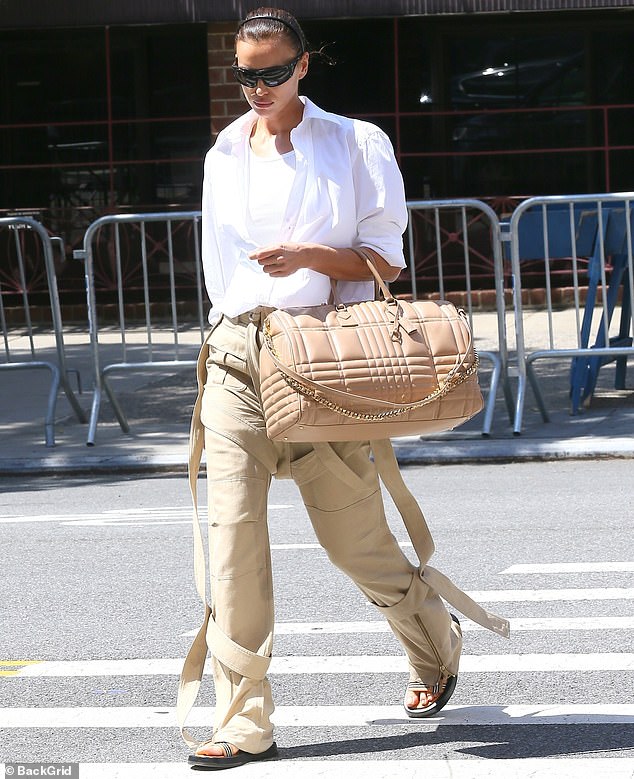 Coffee: The brunette beauty pulled her hair back into a sleek bun and wore dark sunglasses as she  enjoyed a cup of coffee while making her way through The Big Apple