Australia’s practice of deporting Kiwi-born criminals back ‘home’ has been a sore point in trans-Tasman relations but New Zealand has been accused of using the Pacific Islands as its own ‘rubbish dump’ for released prisoners.

New Zealand’s deportation of 400 criminals to Pacific Islands in a five-year period from 2013 has fuelled violent crime and gang culture in those places, a report by Australian think-tank the Lowy Institute said earlier this year.

Many of those deported have little or no connection with the place they were born, which is the complaint often made by New Zealand Prime Minister Jacinda Ardern about Australia’s policy of deporting ‘Kiwi’ criminals. 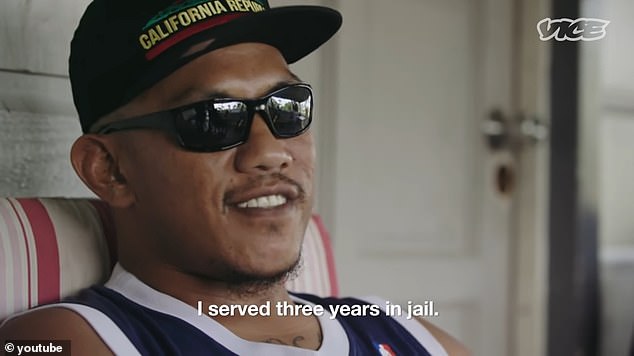 Sione Moli is typical of the deportees being exiled from New Zealand.

After migrating to New Zealand as a child he became embroiled in Islander gang culture and ended up serving three years in jail for a violent assault.

He was deported to Tonga the minute his prison sentence had ended.

‘I didn’t even get out. They just deported me from jail,’ Moli said in the 2019 Vice documentary Gangsters in Paradise.

‘I came with the police, I had an escort. It’s a shameful ordeal, and you’ve got to walk through the whole (airport) terminal.

‘Everyone is looking at you, walking through with handcuffs because you will be the first one that goes in with the police officer and you guys will sit at the back. 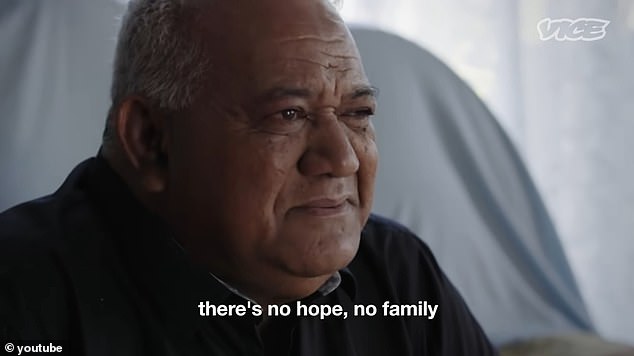 “It’s like crabs being stuck in a bucket scratching to get out,” says Sione Moli who was deported to Tonga six years ago. He dreams of one day returning to his family in New Zealand：http://bit.ly/2SB26cZ Made with the support of NZ On Air.

‘The police officer goes, because you are already in Tonga there’s no way you can get back.’

Moli has a wife and children in New Zealand but his partner does not want to live in Tonga, so they only get together on visits.

‘I’ve been here (Tonga) for about six years, I probably haven’t seen my family a year out of those six years,’ Moli said.

‘It’s going to be hard trying to explain, especially to my oldest son.

‘I tell him what happened, I did a crime, I did something bad.

‘I went to jail and I served my time but this is what the New Zealand government wants, they want me back here (Tonga) and he doesn’t get it.’ 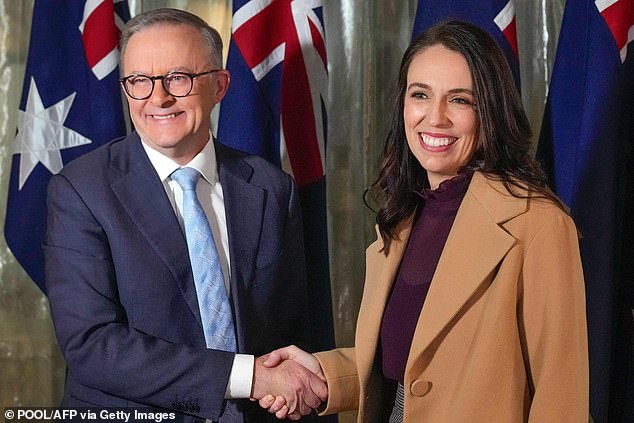 Tonga’s Prisons Commissioner Sione Falemanu told the documentary that armed robbery had surged in the Pacific Islands because of deportees from New Zealand, Australia and the US.

‘When they come over straight away there’s no hope, no family,’ he said.

‘Every week we have news, there’s a robbery … and I think that’s what they (native Tongans) learn from the deportees.’

Mr Falemanu accused the deporting nations of not being concerned that the people they were sending are ‘human beings’. 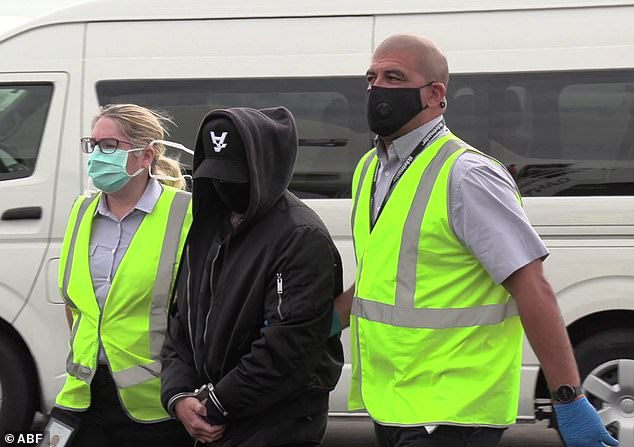 About 2,000 New Zealanders were deported between 2014 and 2020. Most had lived in Australia since they were children. Pictured: A Kiwi is deported from Australia in September 2020

Auckland University lecturer in politics Timothy Fadgen told the New Zealand Herald earlier this year that while the Ardern government employs ‘moralistic rhetoric’ about Australia’s deportation policy, it does something ‘substantially similar’ in the Pacific.

After a meeting between the two leaders in July Prime Minister Anthony Albanese said he will consider Ms Ardern’s request to stop deporting criminals with Kiwi passports when they have lived in Australia for a long time. 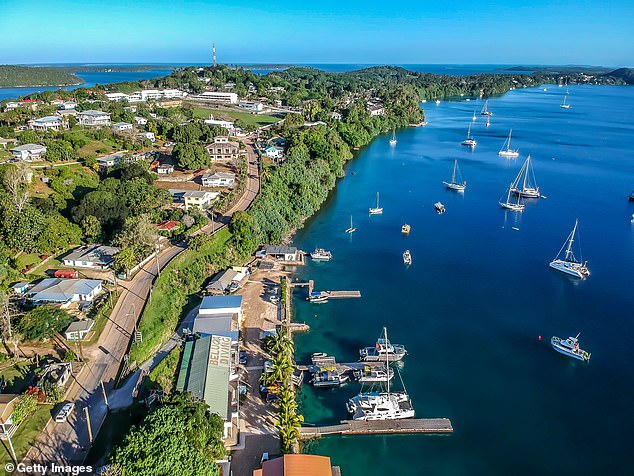 Despite looking like paradise there are rising problems with violent crime in Tonga (pictured) and other Pacific islands, which some are blaming on deportees from New Zealand and other countries

Ms Ardern, who had clashed with Scott Morrison over the issue, declared a ‘reset’ in relations between the two nations now Mr Albanese is in charge.

‘I do see this as an opportunity for a reset because there were obviously some points of friction. There are obviously still issues to be worked through,’ she said.

On a trip to Australia in 2020, Ms Ardern told the former prime minister: ‘Do not deport your people and your problems.’

About 2,000 New Zealanders were deported from Australia between 2014 and 2020. Most had lived in Australia since they were children. 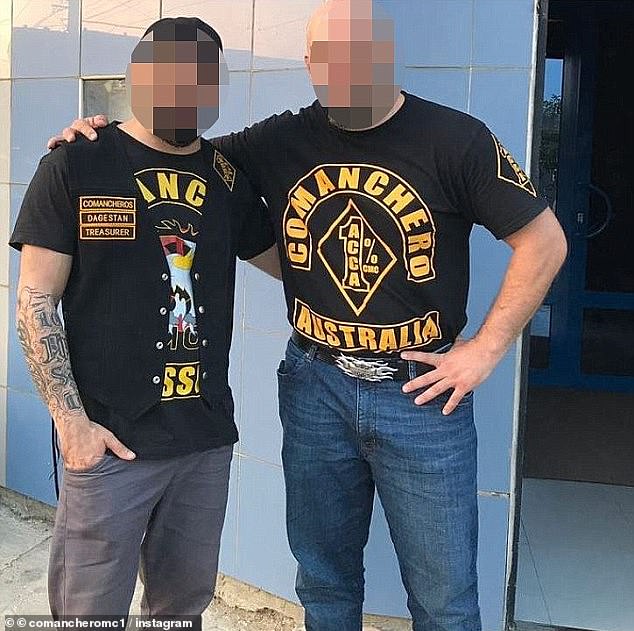 ‘New Zealand is not asking for Australia to remove their deportation policy. We never have,’ she said.

‘New Zealand, of course, deports individuals who have been in New Zealand for a short time and who have acted outside our expectations for anyone who chooses or wishes to stay as a resident.

‘But there are those who are being deported from Australia who, for all intents and purposes, are Australian.

‘Often zero connection to New Zealand. Sometimes not even having stepped foot there. That’s the place that we’re asking for that consideration to be given.’

Under Section 501 of the Migration Act, a foreigner in Australia can have their visa cancelled on character grounds if they have been jailed for 12 months or longer.

Section 116 of the same law gives the Immigration Minister the power to have someone deported if they are regarded as a threat to public safety.

About 2,000 New Zealanders were deported between 2014 and 2020. Most had lived in Australia since they were children.