She earned some of the best reviews of her career for her scene-stealing supporting performance in the 2019 crime dramedy Hustlers.

But Jennifer Lopez was particularly disappointed at getting snubbed when the Academy Award nominations were announced and her film earned zero, her new Netflix documentary Halftime reveals.

‘I got my hopes up,’ the 52-year-old actress and singer admits in the film. 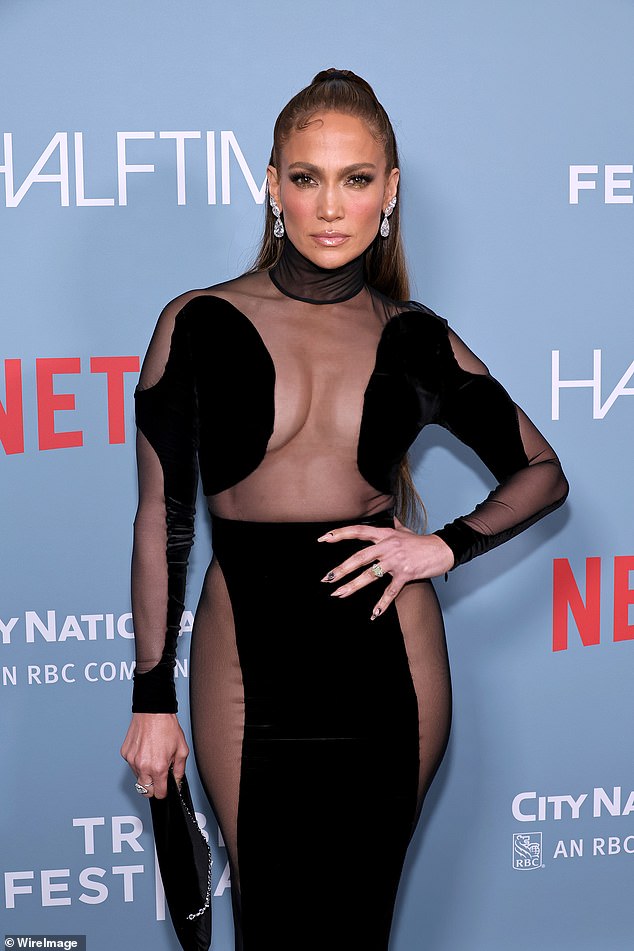 Missed out: Jennifer Lopez delved into her feelings of disappointing after she was snubbed for an Oscar for Hustlers (2019) in her new documentary Halftime; pictured June 8 in NYC

Following a string of critically derided movies that were intended as crowd pleasers, Jennifer won over a bevy of critics with her role in Hustlers.

The movie was inspired by the New York Magazine article The Hustlers at Scores, and it followed a group of strippers with wealthy clients who began drugging the men before running up exorbitant tabs on their credit cards.

Jennifer played the ringleader of the group, though she appeared in a supporting role to Constance Wu’s lead.

Justin Chang of the Los Angeles Times raved that ‘Lopez gives her most electrifying screen performance since Out Of Sight, slipping the movie into her nonexistent pocket from the moment she strides out onto a neon-lighted stage in a rhinestone bodysuit.’

Michael Phillips of the Chicago Tribune wrote that the actress was ‘dining out on her best role in years,’ while the New York Times’ A. O. Scott, who otherwise panned the film, singled her out for praise for ‘channeling her exuberant physicality and her quick-witted self-assurance into a performance that is finely calibrated in its realism and brazen in its theatrics.’ 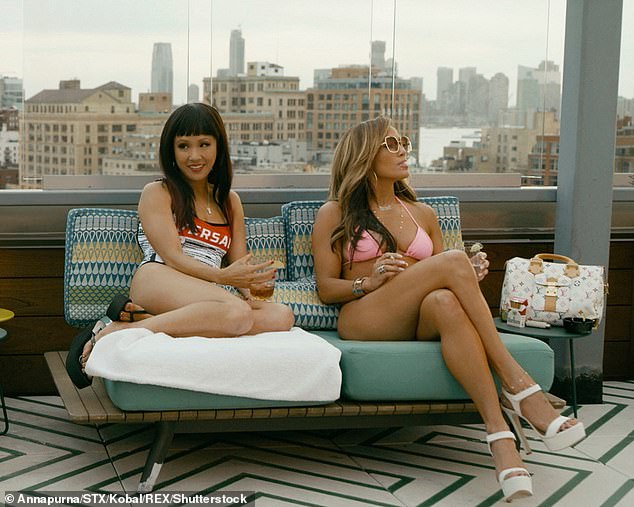 It’s a hit: The dramedy, based on an article about high-end strippers who drugged clients before running up their credit cards, received the best reviews of Lopez’s career; seen with Constance Wu in Hustlers 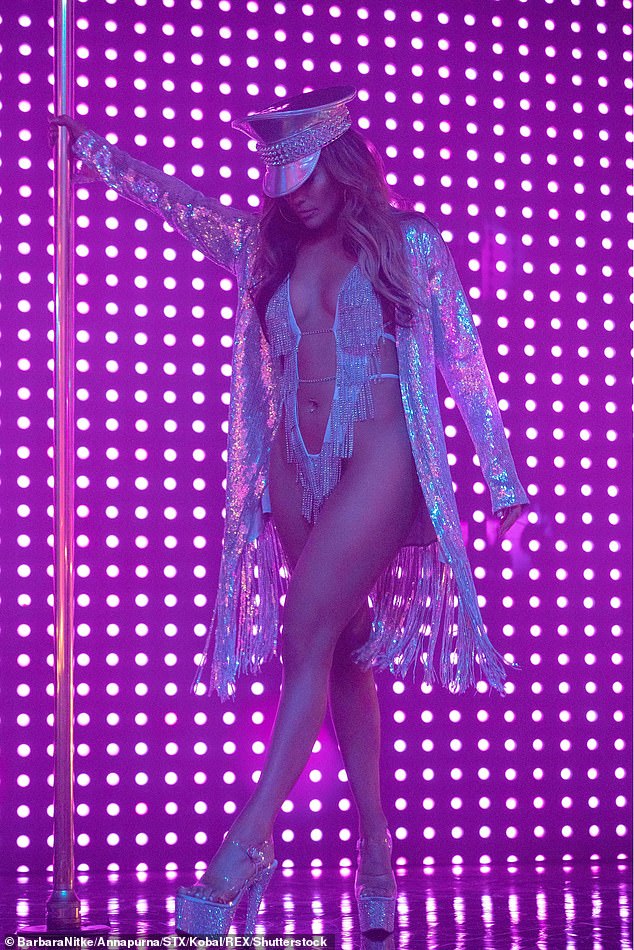 So excited: She admits in Halftime that she kept telling herself, ‘It’s gonna happen, we’re gonna be good,’ and she could barely sleep from excitement the night before the Oscar nominations were to be announced; still from Hustlers

In Halftime, Lopez is seen crying tears of joy in bed as she reads a positive line in published by Glamour: ‘Frankly, it’s thrilling to see a criminally underrated performer get her due from prestige film outlets.’

She admits in Halftime that she kept telling herself, ‘It’s gonna happen, we’re gonna be good,’ and she could barely sleep from excitement the night before the Oscar nominations were to be announced.

‘I dreamt that it happened,’ she said of her fitful night before the announcement.

But she slept through the early morning nominees reveal, and it was only after a friend texted her that she learned the disappoint news.

‘The truth is, I really started to think I was gonna get nominated,’ she said later via voiceover. ‘I got my hopes up because so many people were telling me I would be. And then it didn’t happen.’ 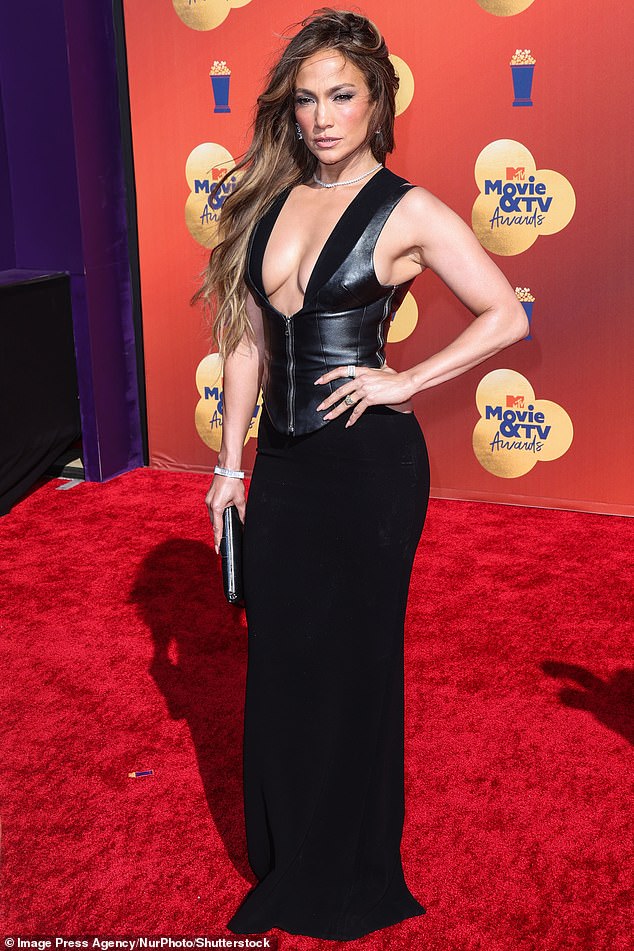 Disappointment: ‘The truth is, I really started to think I was gonna get nominated,’ she said later via voiceover. ‘I got my hopes up because so many people were telling me I would be. And then it didn’t happen’; seen June 5 in Santa Monica, Calif.

The nominees ended up being Laura Dern, who ultimately won for playing a divorce attorney in Marriage Story, along with Kathy Bates for Clint Eastwood’s Richard Jewell, Scarlett Johansson for Jojo Rabbit, Florence Pugh for Little Women and Margot Robbie for Bombshell.

After the disappointment, Jennifer tried to remind herself that awards aren’t her prime motivation for the roles she takes on, nor the music that she records.

‘I had to ask myself, “What does that mean?” I do this not for an award or do my hits up there and seem like I’m the best performer in the world,’ she said. ‘No, I do this to tell stories and to effect change and to connect with people and make them feel things because I wanna feel something. That’s why I do it. Because I actually want to make the world a better place in my own little way.’

She added that her biggest fans weren’t concerned with awards either.

‘At the end of the day, when somebody meets you they don’t go, “Oh my God, you have 12 Grammys!” They don’t say that. They go, “Oh my God, that song you wrote made me feel and got me through. When I saw you onstage, I realized I could be there too.”‘ 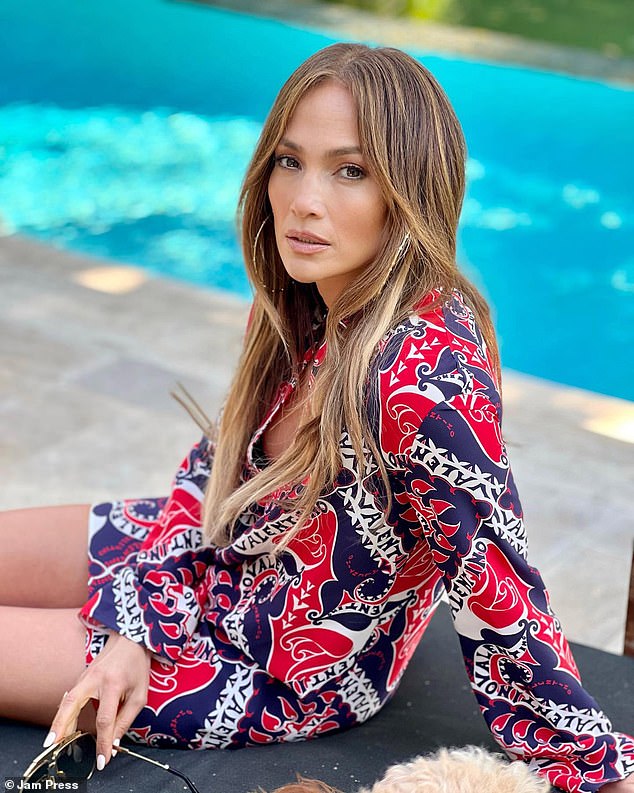 Passed over: Laura Dern ultimately won Best Supporting Actress for Marriage Story, but Jennifer reminded herself that her fans don’t care about awards

Elsewhere in the documentary, Jennifer rages about another perceived lack of respect when she was forced to share the stage at her 2020 Super Bowl halftime performance with Shakira.

‘Typically, you have one headliner at a Super Bowl. That headliner constructs a show, and, should they choose to have other guests, that’s their choice,’ says her manager Benny Medina . ‘It was an insult to say you needed two Latinas to do the job that one artist historically has done.’

The two women eventually found a way to work together for the acclaimed performance. 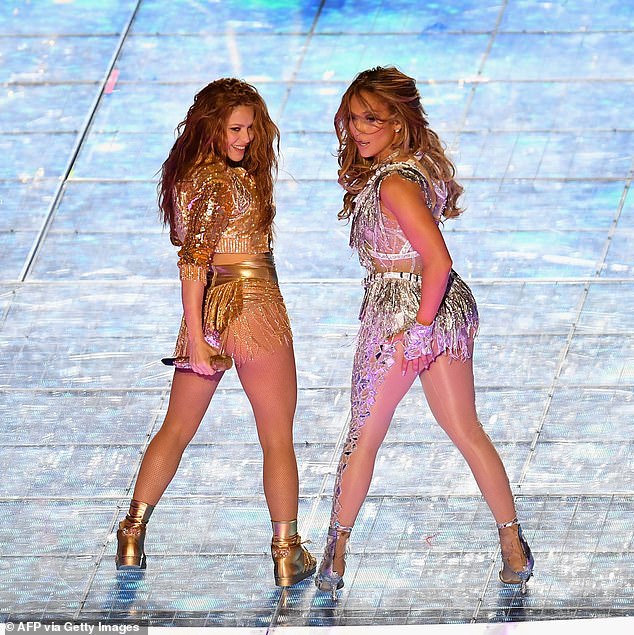 Feeling disrespected: Elsewhere in the documentary, Jennifer rages about another perceived lack of respect when she was forced to share the stage at her 2020 Super Bowl halftime performance with Shakira