By Ella Hodson For Mailonline

Jessica Alves showcased her ample assets in a lingerie-clad photoshoot on Saturday.

The model, 38, put her famous curves on full display in a skimpy pink and purple lingerie set as she posed on a bed.

The stunning ensemble consisted of a busty bra, suspender belt and lacy knickers. 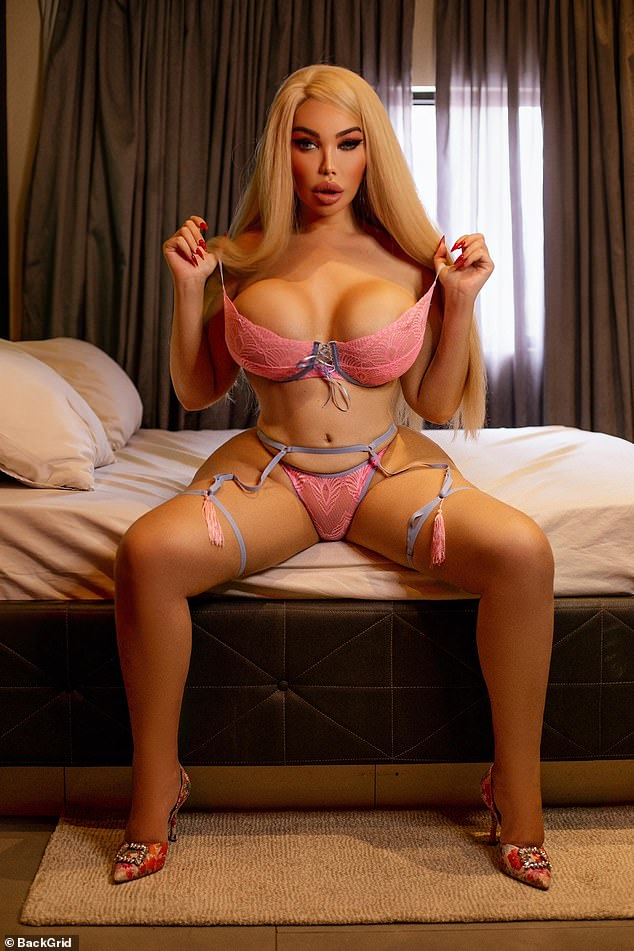 Wow! Jessica Alves showcased her ample assets as she posed in racy pink lingerie for a steamy photoshoot on Saturday

She paired the set with pink heels as she posed for the steamy snaps.

The media personality styled her blonde locks in a sleek straight style which fell over her shoulders and bust.

Jessica also channeled Christina Aguilera’s 2001 Lady Marmalade look as she wore her locks crimped while clad in a red lingerie set which showed off her sensational figure.

Inspired: Jessica also channeled Christina Aguilera’s 2001 Lady Marmalade look as she wore her locks crimped while clad in a red lingerie set which showed off her sensational figure

However, she was not always oozing with confidence, as she recently revealed she felt pressure from her fans to share ‘full nudes’ after signing up to OnlyFans.

The media star told MailOnline in an exclusive interview: ‘Yes I did [feel pressured], men and women were curious to see what I was like without clothing.

‘I am not a prude, nor shy, and I wasted too many years of my life being unhappy. Now it is my time to explore my femininity and sensuality while I can.’

‘For me, [nudity] is why you validate me as a woman and to prove to myself that every single surgery worked out perfectly and that I am a woman,’ she revealed.

Jessica underwent sex reassignment surgery at the start of 2021, having come out publicly as transgender in 2020.

In August Jessica shared that she has lost her virginity since becoming a woman, and that it was an uncomfortable experience.

She has now found happiness since transitioning and told Brazilian TV show Superpop recently that she has had sex since the surgery. 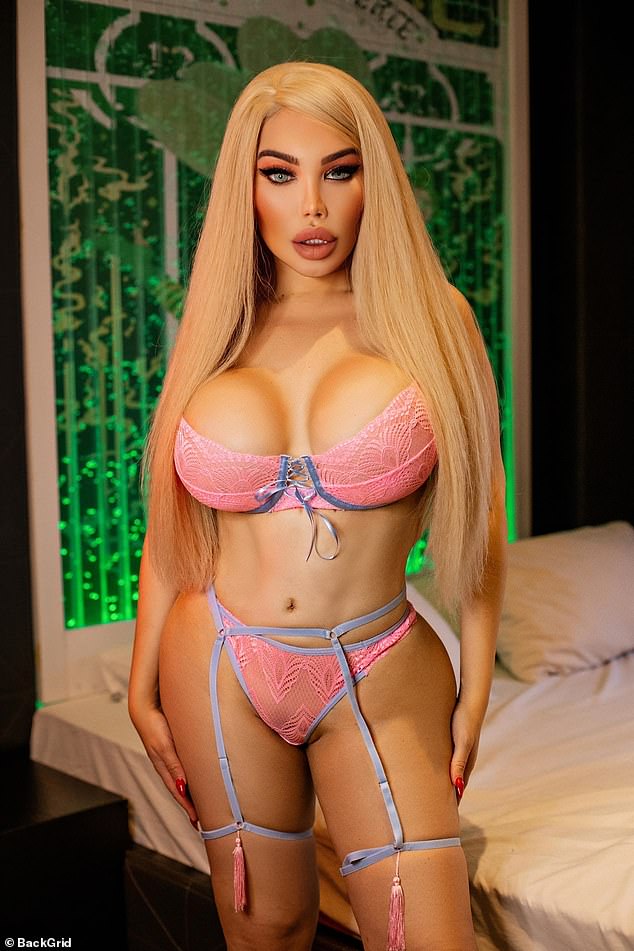