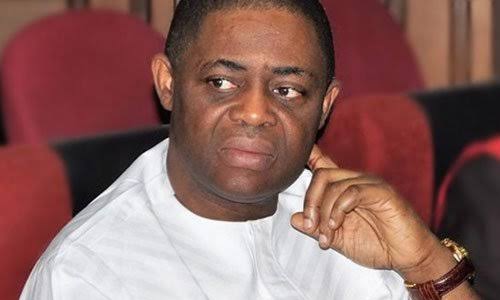 Justice Olubunmi Abike-Fadipe of the Lagos State Special Offences Court in Ikeja on Friday adjourned the trial of former Aviation Minister, Femi Fani-Kayode, due to the failure of the Economic and Financial Crimes Commission (EFCC) as earlier indicated.

Justice Abike-Fadipe, who expressed displeasure over the development warned the EFCC to sit up and prosecute the case diligently and stop wasting the time of the court.

The anti-graft agency had arraigned Fani-Kayode before the court on a 12-count charge of procurement of a “fabricated” medical report and use of the false document.

The anti-graft agency had specifically accused Fani-Kayode of procuring one Dr Ogieva Oziegbe to issue the fake medical report, which he allegedly tendered before the Federal High Court, where is currently standing trial before Justice Daniel Osiagor for money laundering.

According to the EFCC, Femi Fani-Kayode on October 11, 2021, in Kubwa, Abuja, fraud connived with one Dr Ogieva Oziegbe to execute a document titled: Medical Report Olufemi Fani Kayode 60 YEARS/MALE/HOSP. NO.00345 and purportedly to have been issued by Kubwa General Hospital.

EFCC noted that procuring and execution of documents by false pretence is contrary to section 369 of the Criminal Law of Lagos State 2015.

He, however, pleaded not guilty to the charge.

At the resumed hearing of the matter on Friday, the judge asked the EFCC counsel, Bilikisu Buhari about the update on the amended charge she promised to file.

In her response, she said that the Commission has not taken further action on the amended charge.

Subsequently, the judge also asked defence counsel, Wale Balogun if they have applied to obtain the proof of evidence.

The lawyer in his response said that they are waiting for the prosecutor to amend the charges first.

The judge was not happy about the development stating that if the defence had applied and obtained the proof of evidence, she would have ordered the EFCC to open its case.

The court adjourned to February 23 for commencement of trial.