Julianne Hough worked a sophisticated all black ensemble as she was spotted in New York City on Thursday.

The star has been working hard and putting all of her dedication on the Broadway play, POTUS, which she currently stars in as Dusty.

The play had its grand opening night in late April and will run towards the end of the summer, with the final show set for August 14. 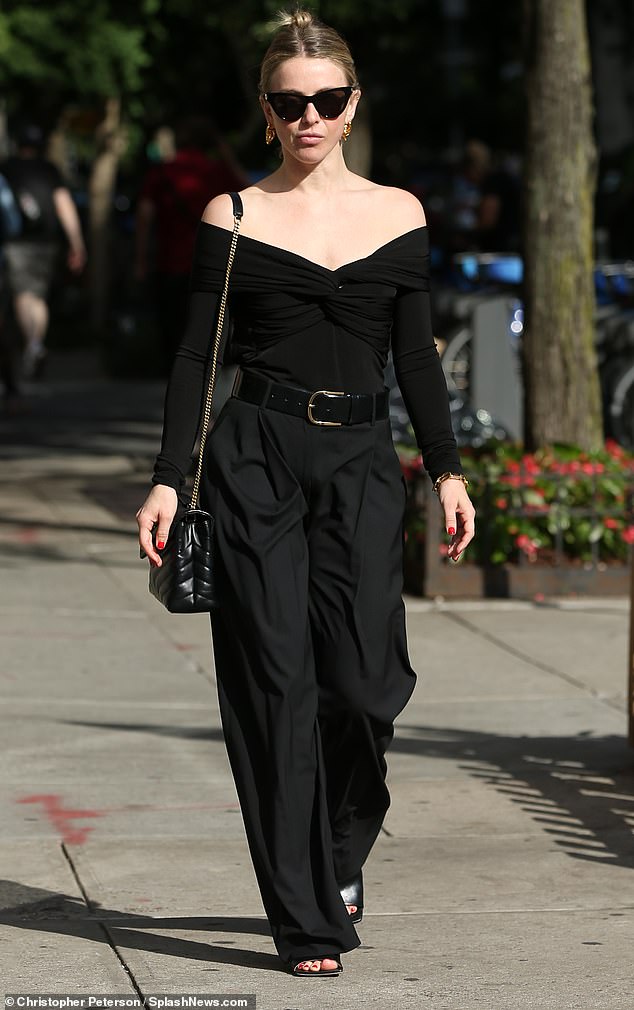 Elegant: Julianne Hough, 33, was spotted strolling through the streets of New York on her way to a performance or her Broadway play, POTUS

The 33-year-old donned an off-the-shoulder black top with long-sleeves to keep herself warm for when she stepped out later at night after her show.

The professional dancer paired the top with sleek, black pants that fell down past her ankles.

She added a simple black belt around the pants to add a finishing touch to the overall monochrome look.

Julianne carried a Yves Saint Laurent purse with a gold chain over her right shoulder. The bag is priced around $2,590, according to the luxury brand’s website. 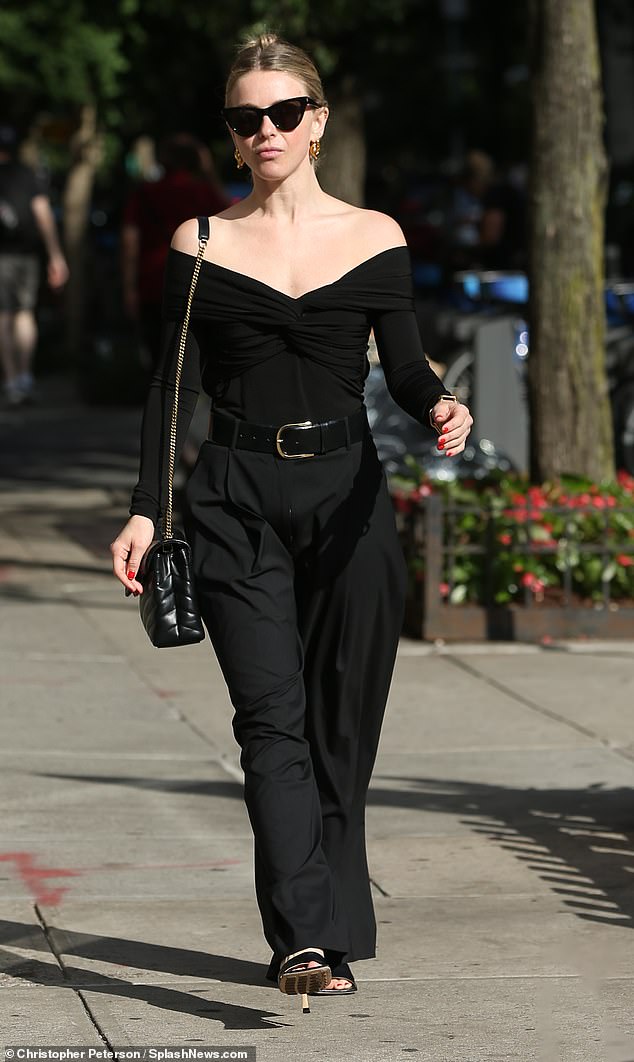 Gorgeous: The Dancing With The Stars competitor stunned in a classic all black outfit in New York City on Thursday

The beauty accessorized her look with a pair of gold earrings and a gold bracelet on her left wrist.

Her red nails added a pop of color to her black ensemble. She donned a pair of open-toed black heels for an additional stylish touch.

The Footloose actress had her blonde hair parted in the middle and pulled up into a classic bun for her brief outing.

She wore black, cat-eyed shaped sunglasses as she strolled under the bright summer sun. 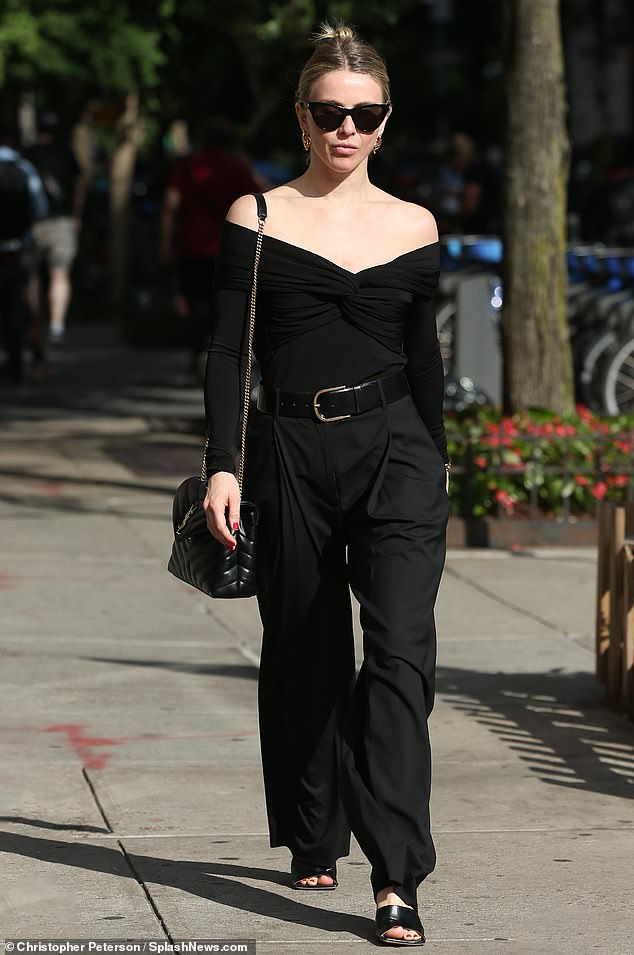 So stylish: The star dresses to the nines as she heads to various performances of the Broadway show she stars in 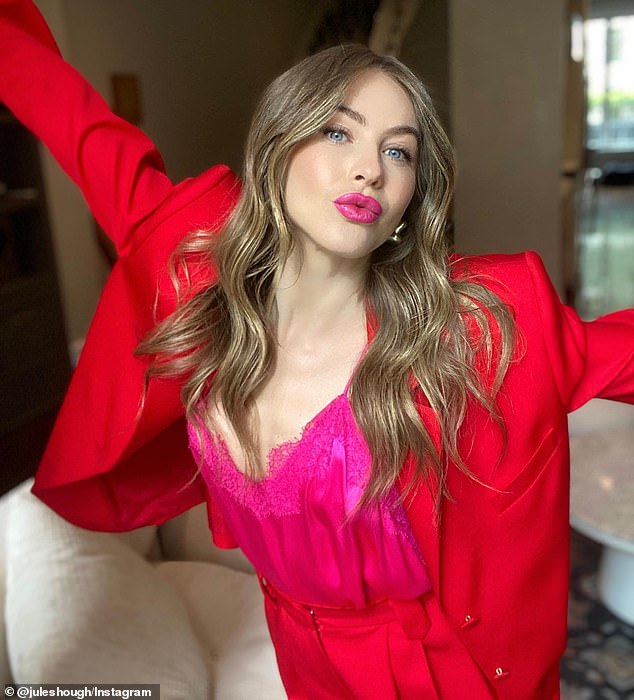 Successful career: The actress and dancer has had an amazing career, from dancing to landing a role on Broadway

Julianne first stepped into the major spotlight when she landed the role as a professional dancer on the series, Dancing With The Stars, winning two seasons. She later returned to be a permanent judge on the hit show until 2017.

She then moved on to fulfill a passion for acting, starring in films such as Safe Haven and Rock Of Ages.

However, during an interview on Live With Kelly And Ryan, the star discussed how she was still very fond of her days on the popular dance competition.

‘I still feel like I’m a part of that show because it was where I came from,’ she explained. 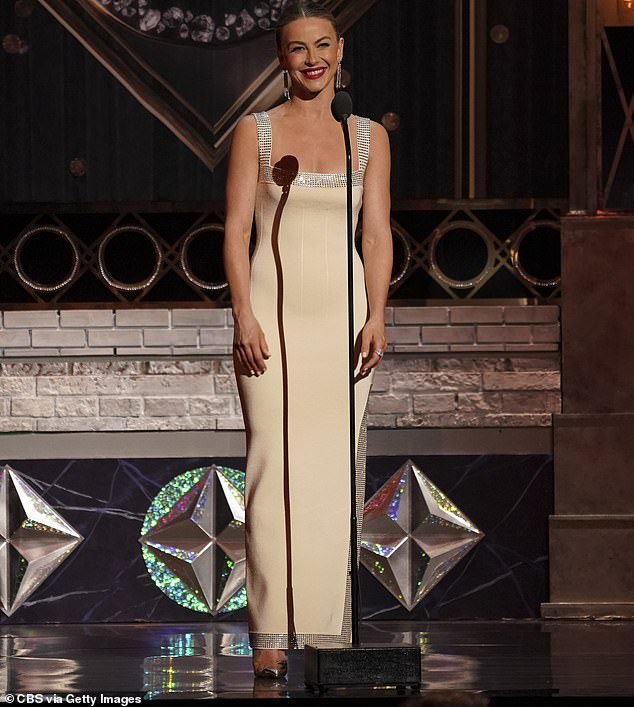 Dreams come true: Julianne had the once in a lifetime opportunity to host the 2022 Tony Awards in New York City 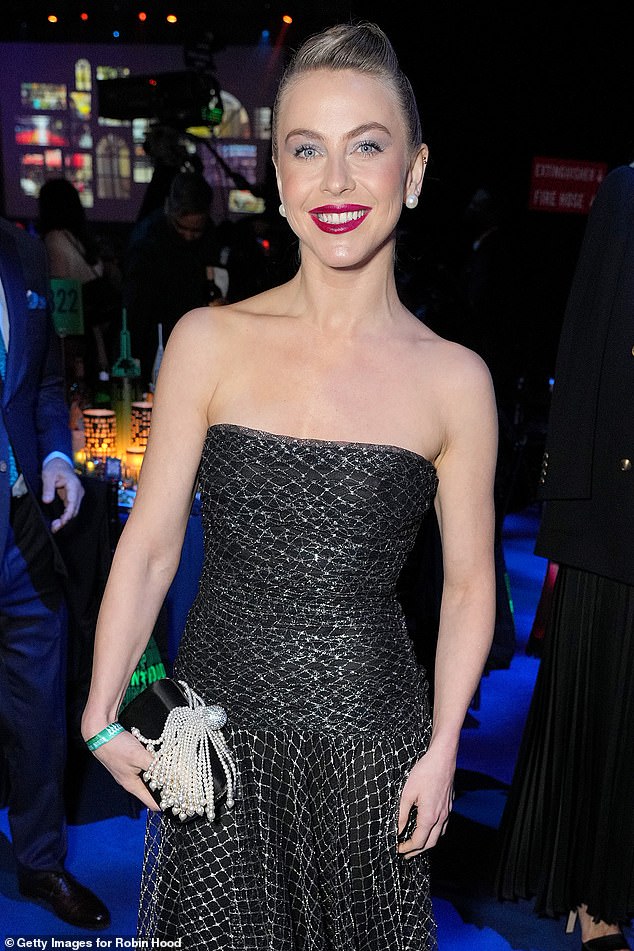 Glamorous: The star has achieved one of her goals by moving to New York and working on Broadway

During an interview with Harper’s Bazaar, the talented performer explained how excited she was to move to New York City and have a role on Broadway.

‘It’s just such a monumental moment, I think, in my career because this has been a dream of mine to do Broadway and be a part of the community.’

Julianne’s role as Dusty on the play has received positive reviews and critical acclaim.

The show also received nominations for the 2022 Tony Awards, including Best Actress and Best Scenic Design. 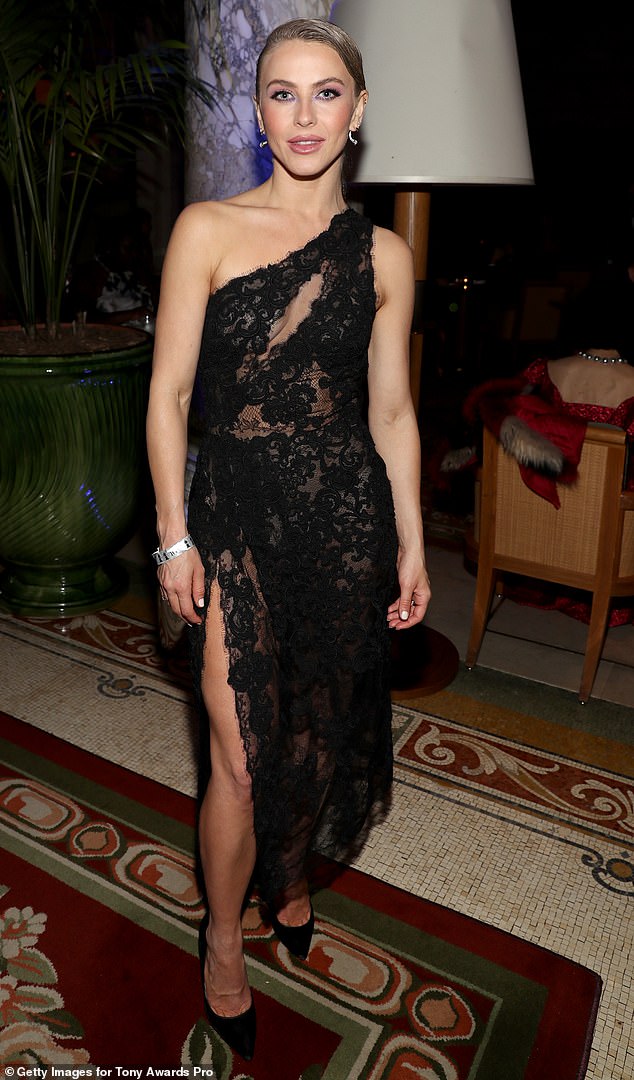 Hard-working: Julianne stars as Dusty in POTUS, which was also nominated for a total of three awards at the 2022 Tony Awards 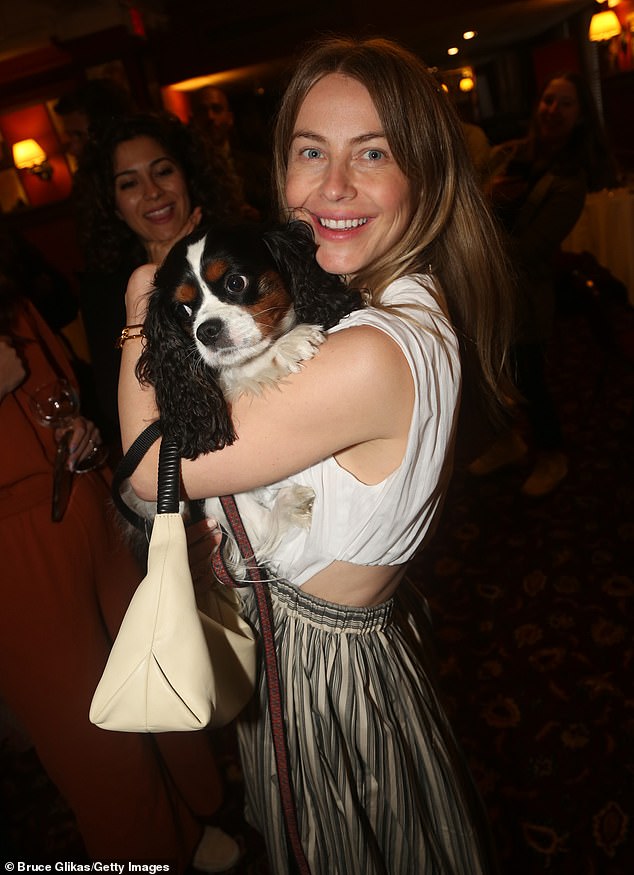 Cute: The talented performer was seen holding a dog in her arms as she posed with a big smile for the camera