Kaye Adams was so determined to keep her real age hidden that she lied to her own daughter about how old she was.

The television presenter, 59, insisted she was 10 years younger to offspring Charley, 20, only revealing the truth when Charley was 12 years old.

Kaye told the Mirror: ‘It’s pathetic but I lopped off 10 years and merrily lied away, including a fake date of birth which I had off pat. 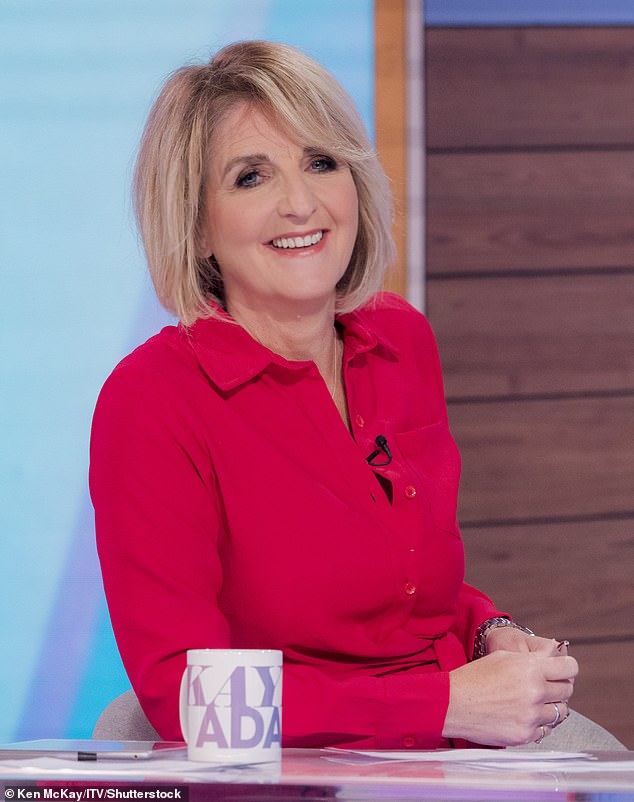 Hiding the truth: Kaye Adams, 59, was so determined to keep her real age hidden that she lied to her own daughter about how old she was (pictured June)

‘I’m generally an honest person but I’ve always been a good liar and parents lie all the time to little children.

‘By the time she got to around 12 I was beginning to feel uncomfortable.

‘So I broke the truth to her in a coffee shop, which was a lot more traumatic than I thought it would be.’ 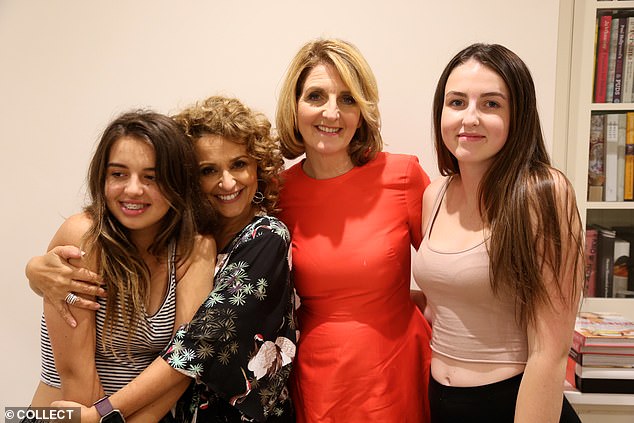 Loose Women star Kaye went on to say that Charley laughed off the situation at first but was actually ‘genuinely disappointed’ in her.

‘I’ll never forget her little face, she said. ‘I feel terrible, she was so shocked.’

The broadcaster said she also tried to keep her real age hidden from her Loose Women colleagues, adding that Nadia Sawalha thought she was ‘pathetic’ for not telling the truth. 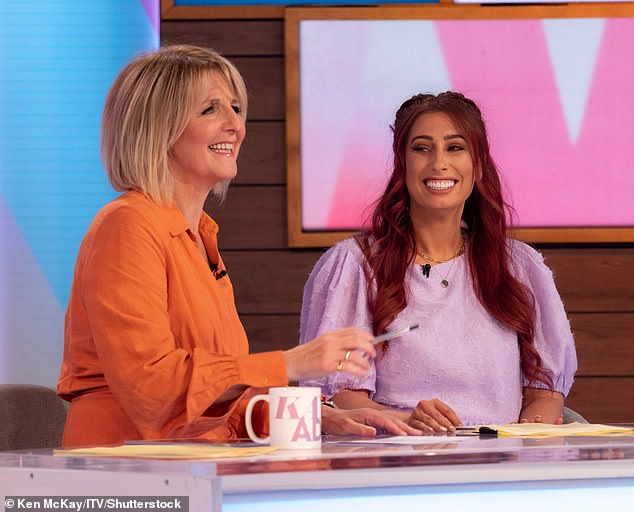 Refusal: Kaye told the Mirror : ‘It’s pathetic but I lopped off 10 years and merrily lied away, including a fake date of birth which I had off pat’ (pictured on Loose Women with Stacey Solomon in June)

Kaye insists she inherited her fear of telling people her real age from her mother, who also refused to let people know her real date of birth.

She recalled the time her parent was stopped by the police but would not tell them how old she was, saying simply that she was over 21, prompting the need for her father to come and meet them at the police station so he could explain the situation.

It comes after Kaye insisted there is ‘no one’ who refuses to work with anyone else at Loose Women.

The TV star was an original host on the lunchtime chat show between 1999 and 2006 and returned to anchor the show on a regular basis back in 2013 but – despite recent rumours of a fall-out between various stars – admitted that while there have been ‘tensions’ over the years, everything has been ‘fixable’.

She said: ‘Have there been times of tension between individuals? Yes, there have. I’m not going to deny that there are occasions when people maybe have a bit of a beef with somebody else but it’s nothing that hasn’t been fixable.

‘There’s nobody who will walk out of the door when somebody else walks in. Nobody refuses to work with anybody else.’

Meanwhile, the BBC Radio host – who is also mother to Bonnie, 15, with partner Ian Campbell – is gearing up to celebrate her 60th birthday in December and has started up a podcast called How to Be 60 as she approaches the milestone which has so far seen her chat to the likes of Loose Women co-star Jane Moore, 60, and talk show host Jonathan Ross, 61, about their experiences with ageing.

She told Metro newspaper’s SixtySeconds column: ‘I wanted to do something that genuinely meant something to me. I was pottering around the garden and various ideas were going through my head and my age popped up.

‘It’s something I’ve got my knickers in a twist about all my life, so it was a eureka moment. My partner lan was about to turn 60 and was very relaxed about it. It made me wonder how he could be so cool about it while I thought it was awful. So How To Be 60 was born.’ 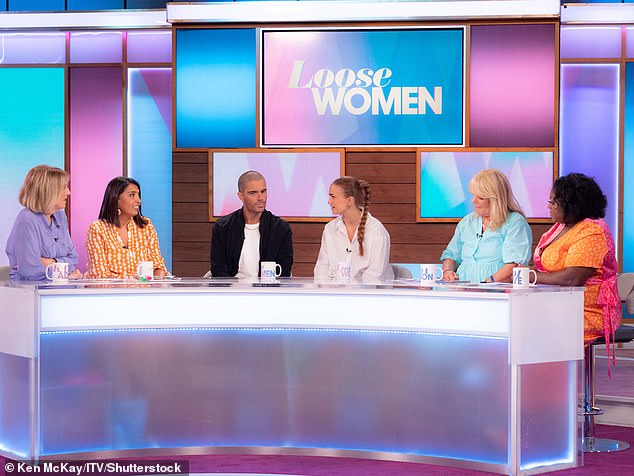