Brits have voted Kew Gardens as the most ‘Instagrammable’ location in the UK with a quarter of people surveyed plumping for the London hotspot.

Places in Manchester, Liverpool and Brighton also made the top 25 most photogenic spots – but the White Cliffs of Dover came an impressive second.

London’s Camden Market has 452,000 check-in tags on Instagram with 14 per cent of those surveyed voting for the location.

Of the 1,000 social media users surveyed, nearly a quarter said that London’s Tower Bridge, Buckingham Palace and Windsor Castle were their favourite spots.

The Eden Project in Cornwall also came close to the top of the list, along with the multi-coloured Brighton Beach Huts.

Primrose Hill in London has 283,000 tags in posts on social media, with nine per cent of those surveyed voting for it, while Colombia Road Flower Market got just six per cent.

Find out more about the top 10 locations in the UK below or to see the entire list and check if your favourite made the cut. 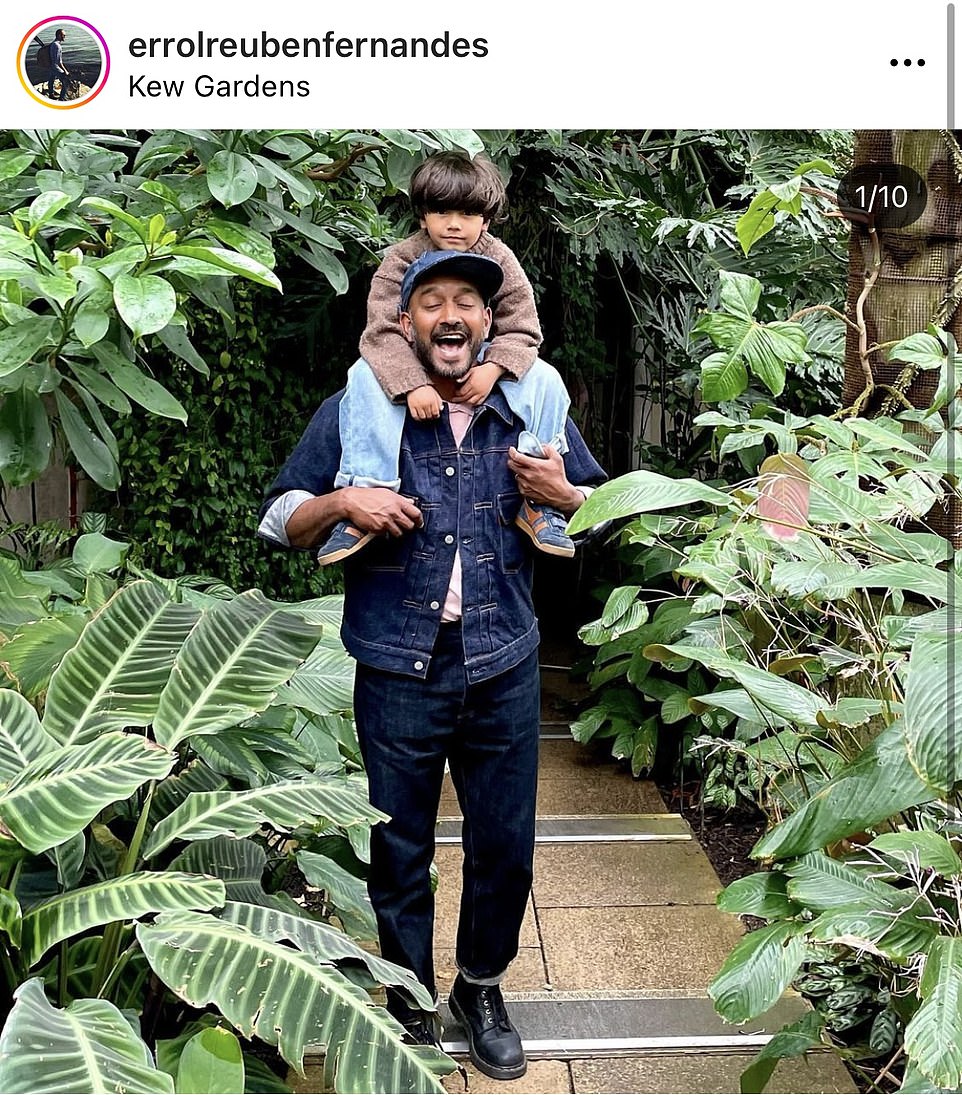 Kew Gardens took home the crown of the most Instagrammable place in the UK, getting a huge quarter of the vote from Brits who were surveyed 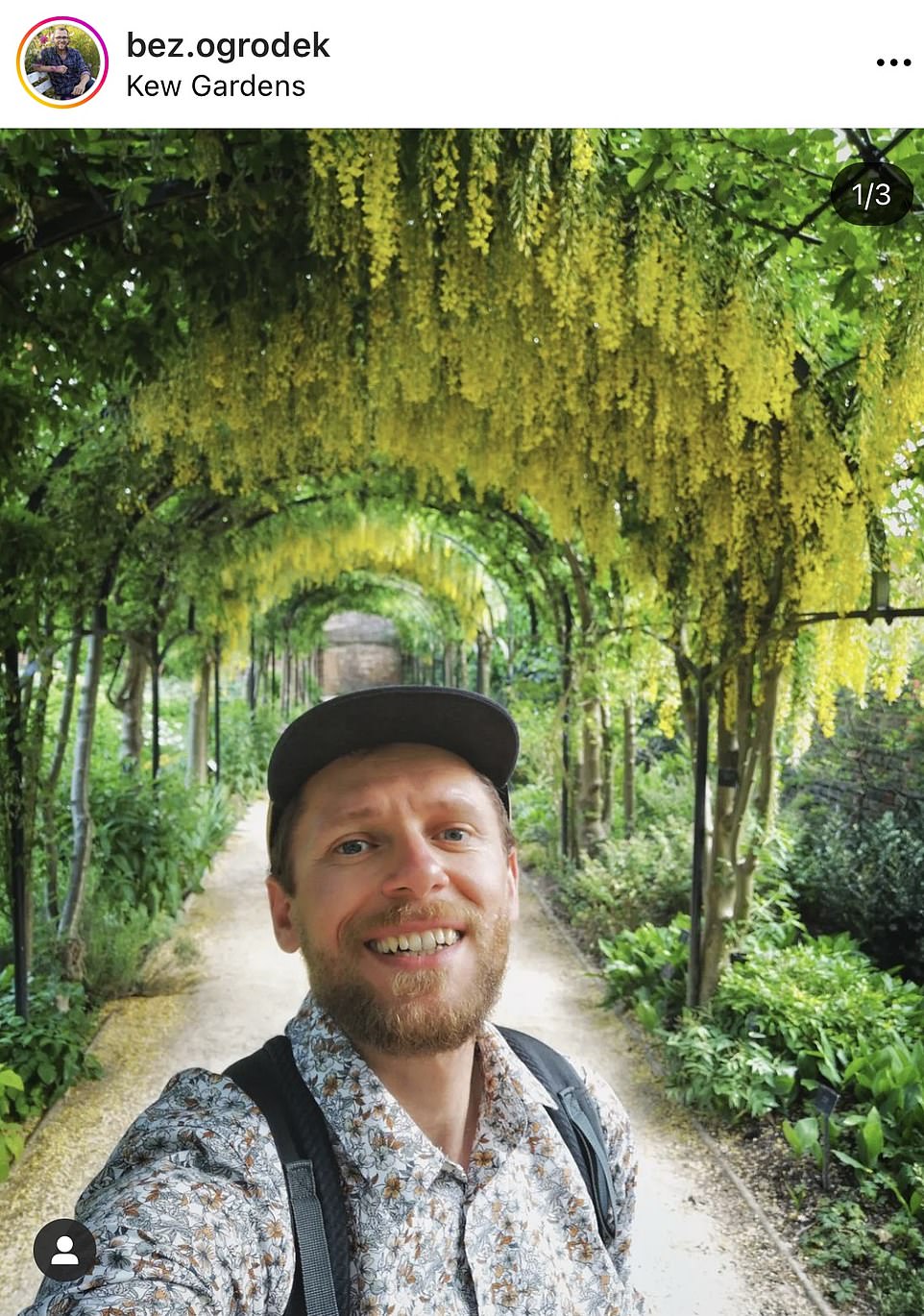 The lush green gardens earned the top spot with thousands of visitors a year enjoying the stunning greenery, before posting their selfies and other snaps online

Stunning greenery in Kew Gardens has earned it the top spot of the most Instagrammable locations in the UK, with a whopping 25 per cent of Brits picking it.

The original 9-acre area has expanded to include 300 acres, and has become a globally renowned scientific institution for plant and fungal research.

It contains more than 50,000 living plants, and visitors can enjoy its Victorian glasshouses, arboretum and artwork. 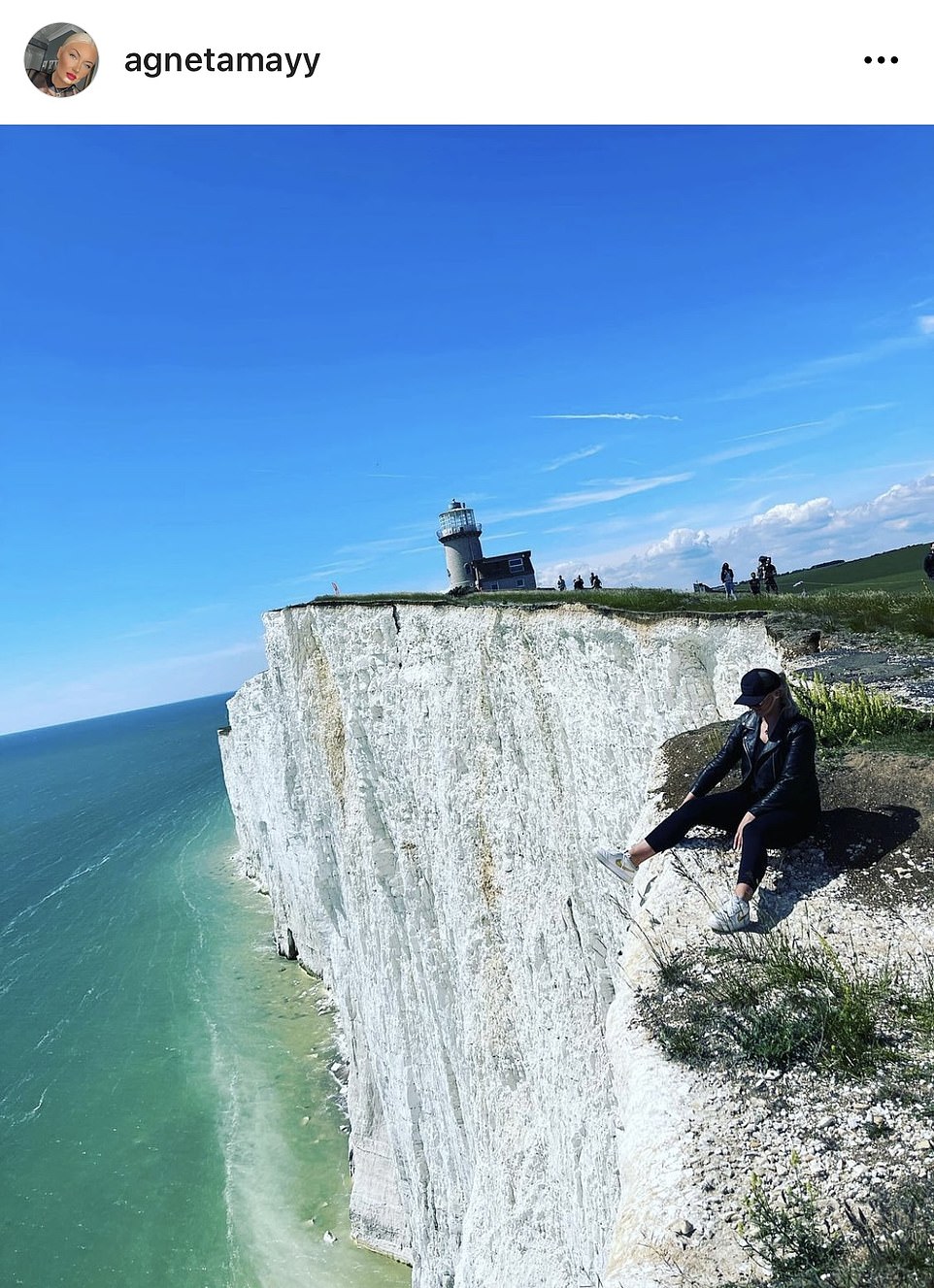 The iconic White Cliffs of Dover have been a popular attraction amongst locals and tourists, despite its chalk consistency crumbling away 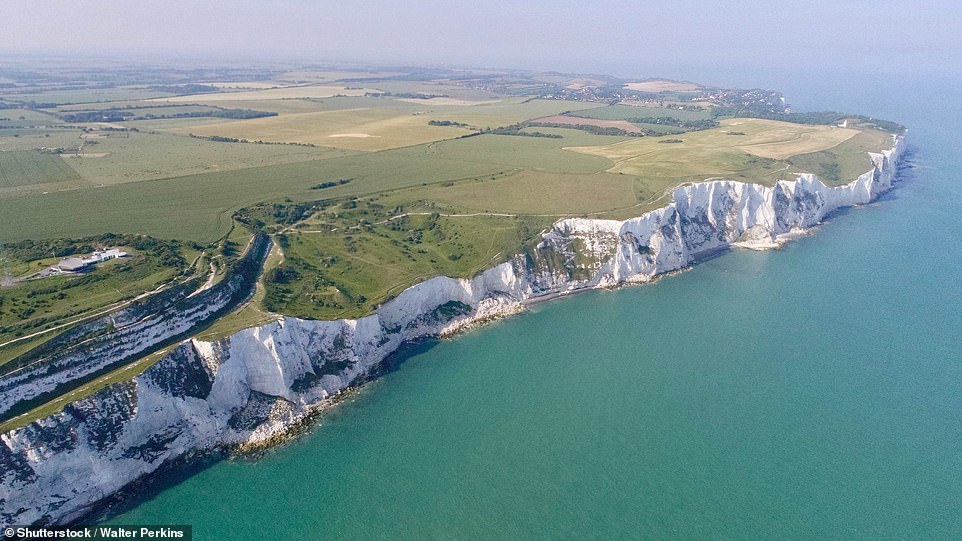 The shoreline came a close second place to Kew Gardens, with many flocking to enjoy the stunning white chalk and lush greenery surrounding it

The White Cliffs of Dover came in a strong second place, with 24 per cent of Brits saying it was their favourite place to snap pictures.

It can often be seen with large parts of it crumbling away, but that doesn’t stop tourists and locals from walking along the iconic beauty spot near the English Channel.

The beautiful cliffs that were formed some 90 million years ago are white because of their chalk composition. 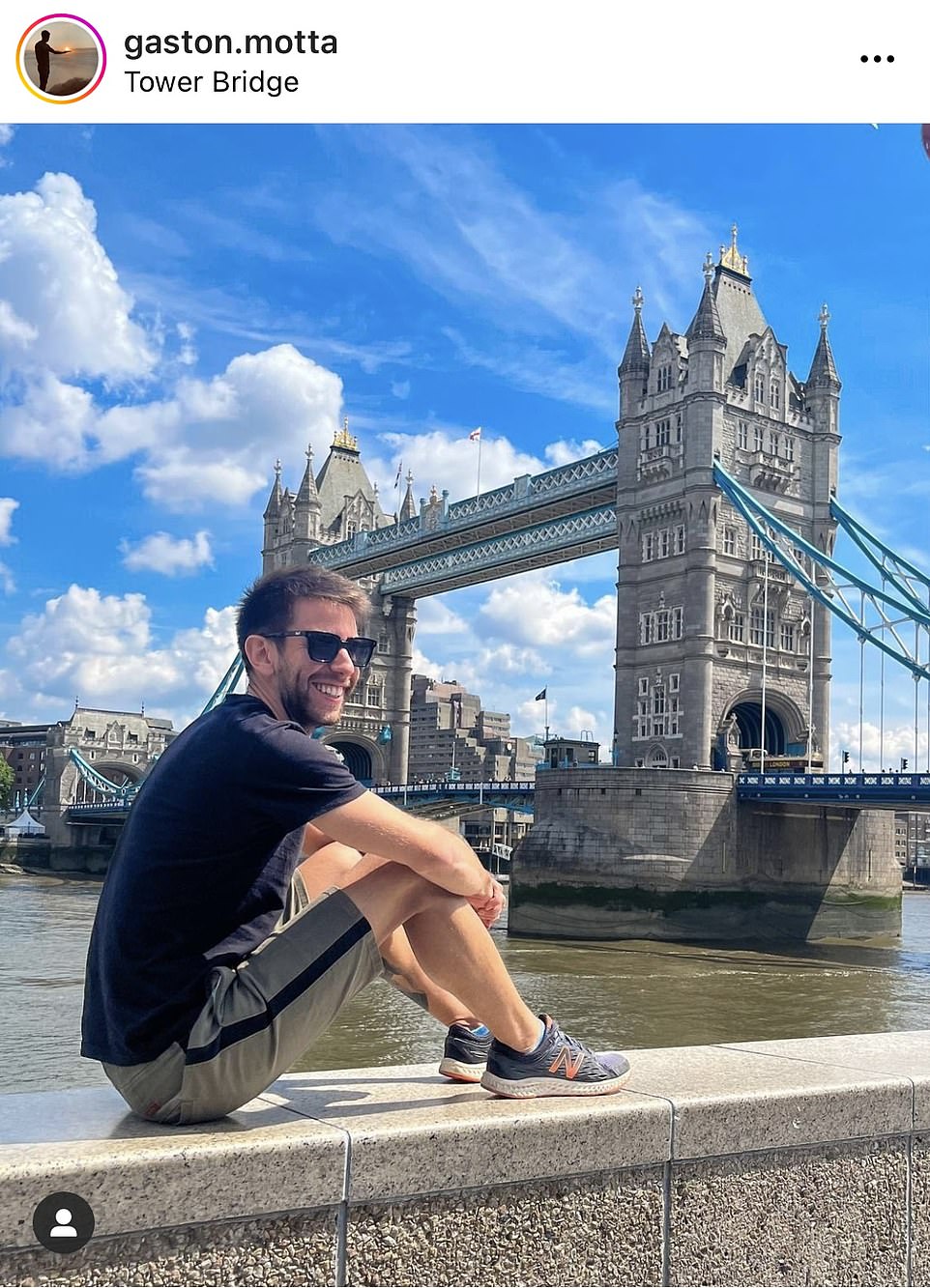 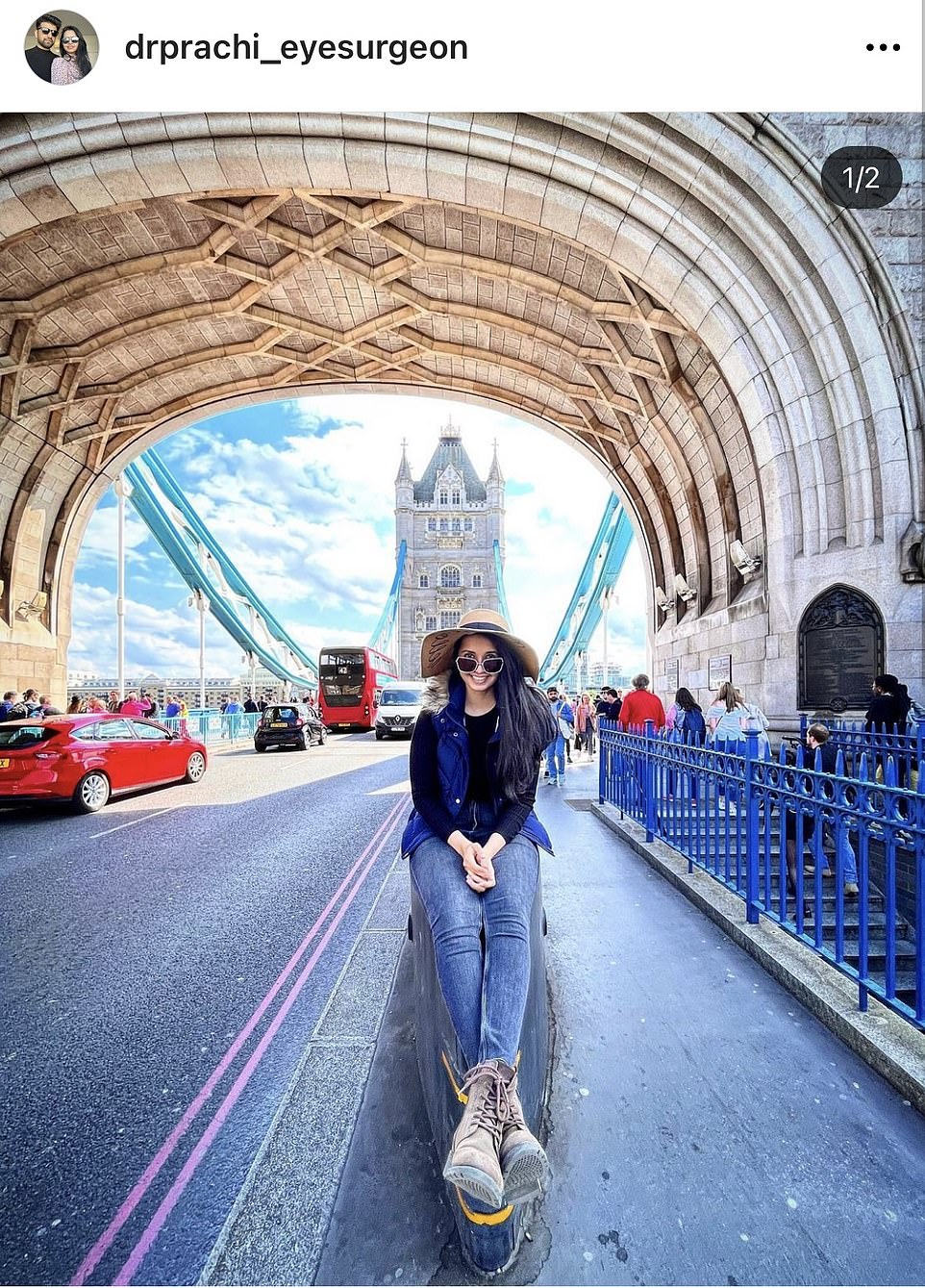 Other brave tourists enjoy posing on Tower Bridge itself, snapping pictures underneath the unique arch with the busy traffic in the background

Iconic London landmark Tower Bridge was in third place, with almost a quarter of those surveyed saying that they loved to take pictures there.

The day shows off the sights of the capital, while if you visit to get a snap at night any budding photographer can enjoy the lit up skyline

Tower Bridge is considered to be London’s most famous bridge and is thought to see almost to 500,000 visitors annually. 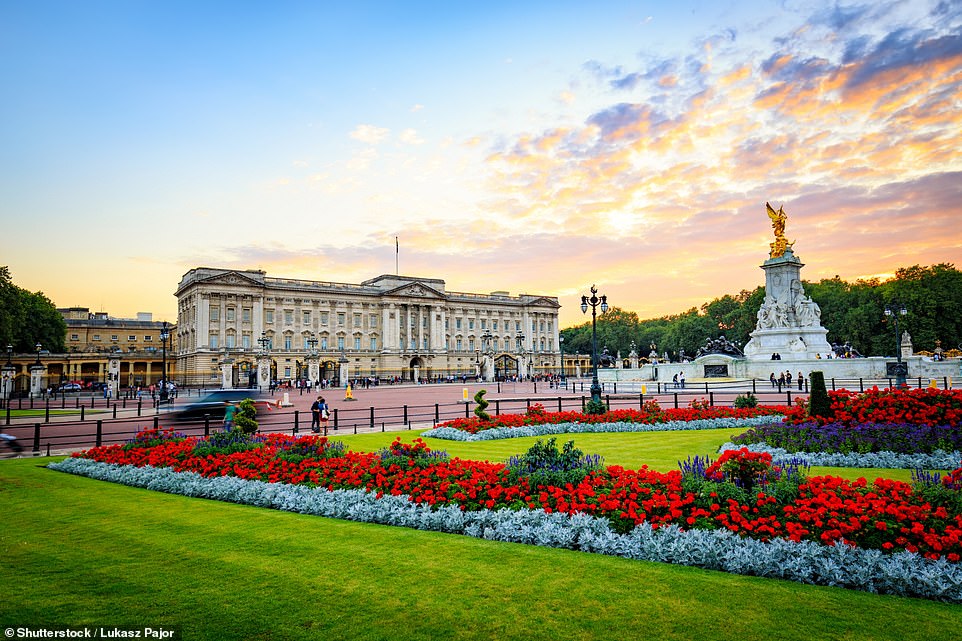 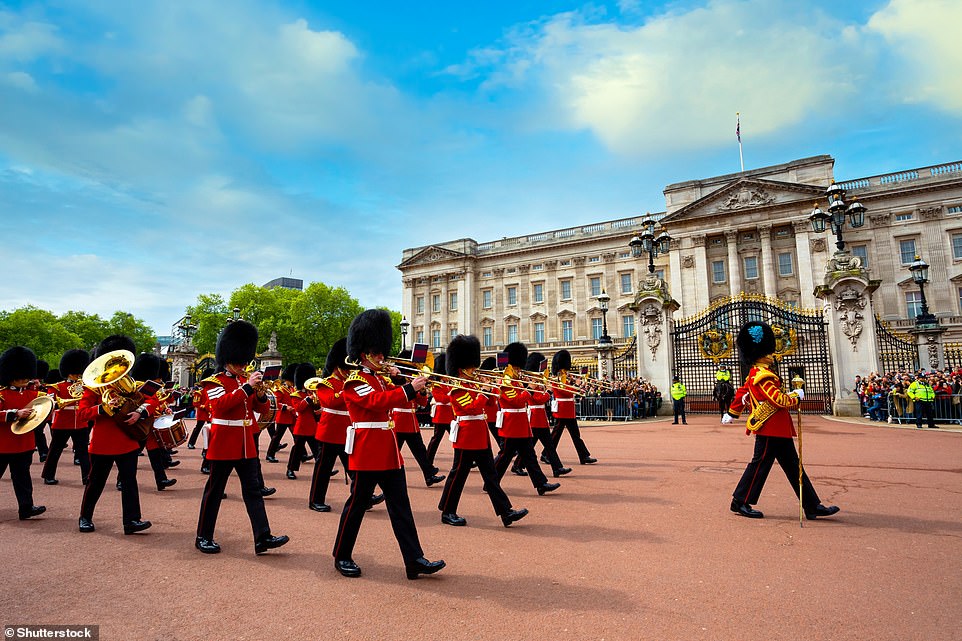 Royal loving Brits voted Buckingham Palace as their fourth favourite spot to snap pictures for social media, with 23 per cent of the vote.

It is a popular tourist destination to get a look at the Beefeaters or a quick snap in front of the illustrious building and gates.

Thousands of people flocked to the streets to watch the Trooping of the Colour and the Pageant at the Palace during the Queen’s Platinum Jubilee. 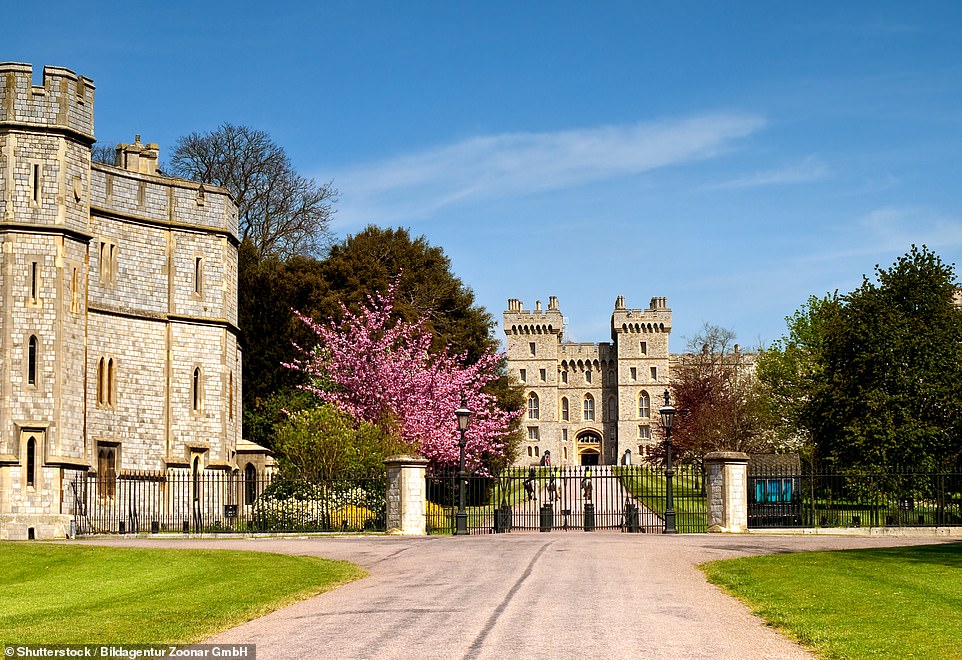 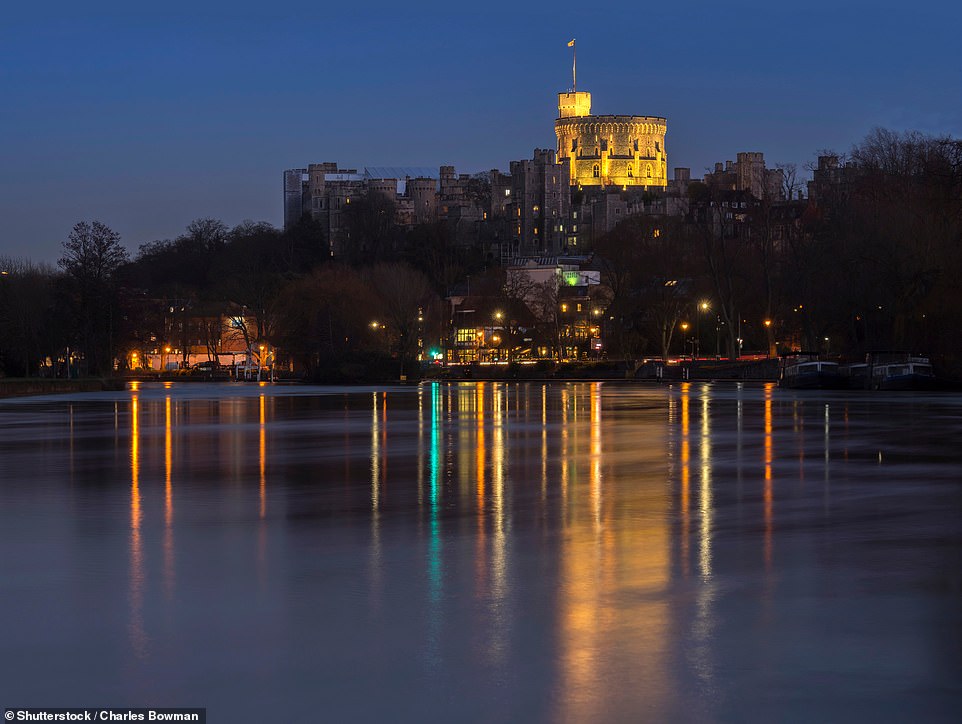 Locals also enjoy snapping a selfie close to the leafy grounds, or showing off the stunning silhouette with reflections coming off the water

The Queen’s home in leafy Windsor finished off the top five of the most Instagrammable locations in the UK, with many taking the opportunity to pose on the Long Walk.

Nearly one and a half million people visit the castle a year, which is where the Queen has set up residence for most of the year.

It is the oldest and largest inhabited castle in the world and has been the family home of British royalty for almost 1,000 years. 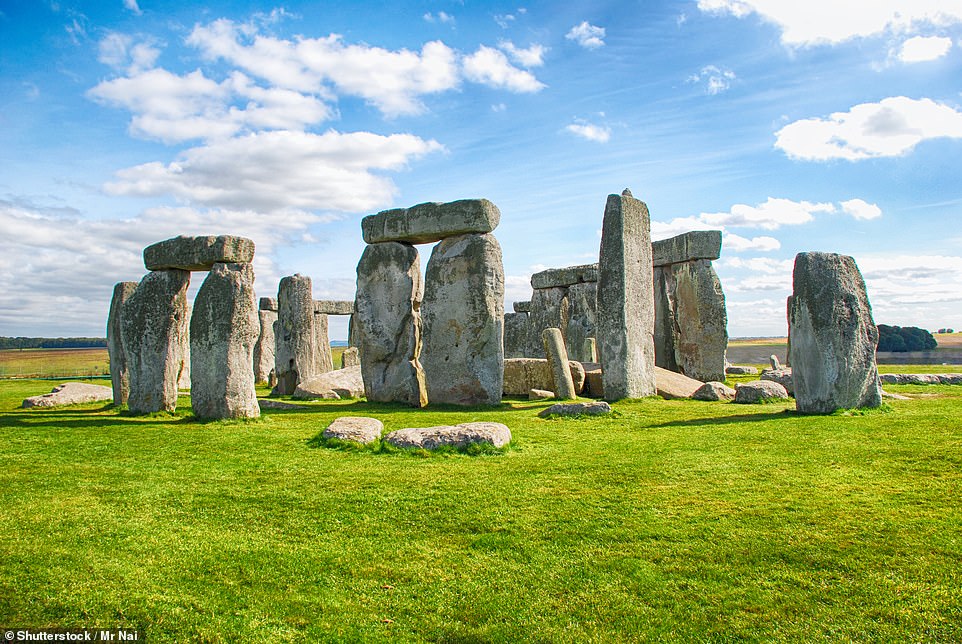 Stonehenge is one of Britain’s most iconic landmarks, shrouded in mystery as scientists are unsure as to how the rocks actually got there 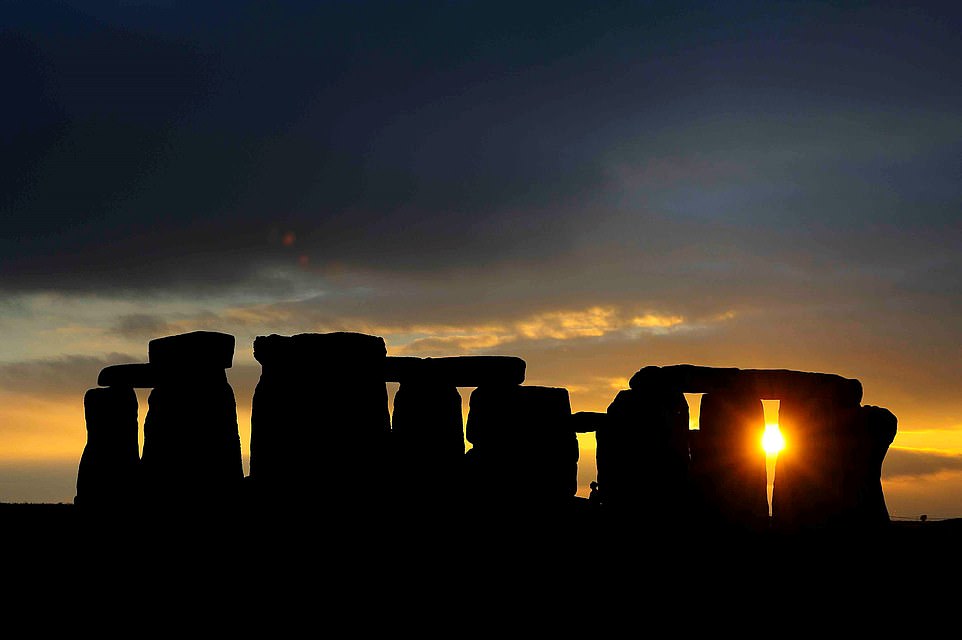 Many social media users enjoy posing next to the rocks in Wiltshire, making the most of the unusual structure

Based in lush Wiltshire, the stone circle of Stonehenge was voted for by 20 per cent of the British public as their favourite photography area.

The structure is understood to have been built 5000 years ago, and took 1,000 years to complete, and is a UNESCO World Heritage site.

Scientists also believed that the stones were used as a way to tell the time, but it is unclear how they were moved to Stonehenge. 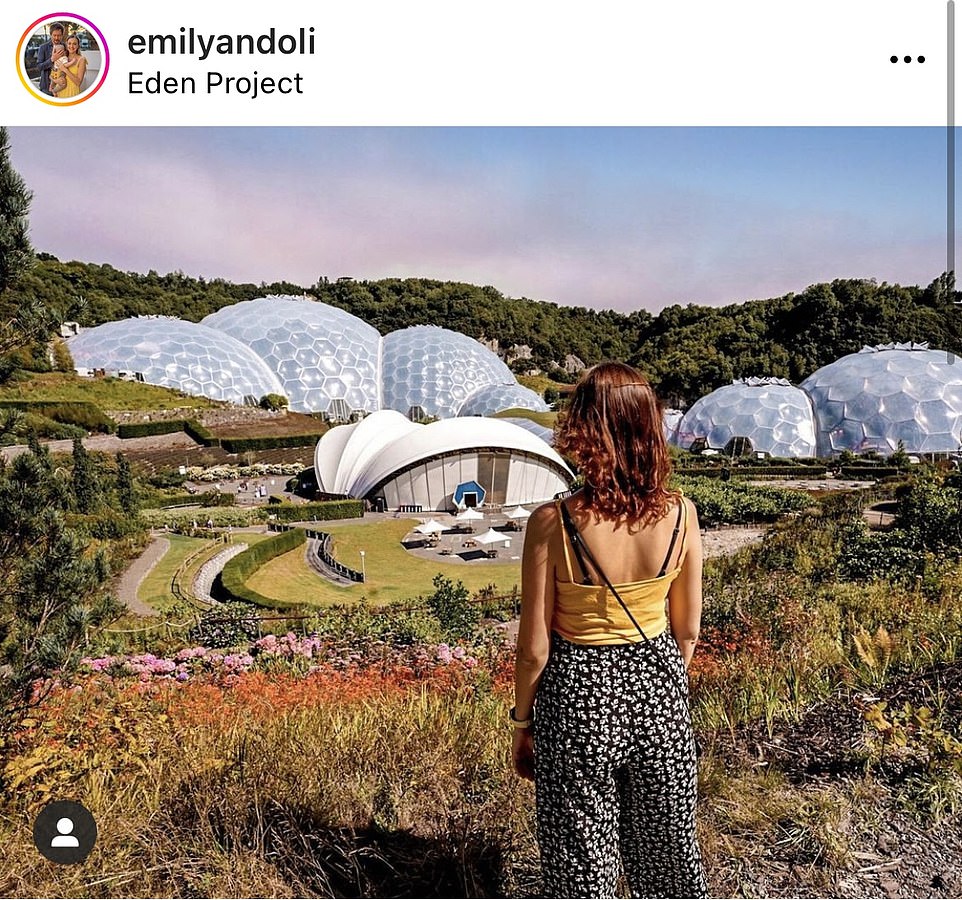 The Eden Projects unusual design attracts hundreds of thousands of visitors a year, with many posing with the outside of the structure 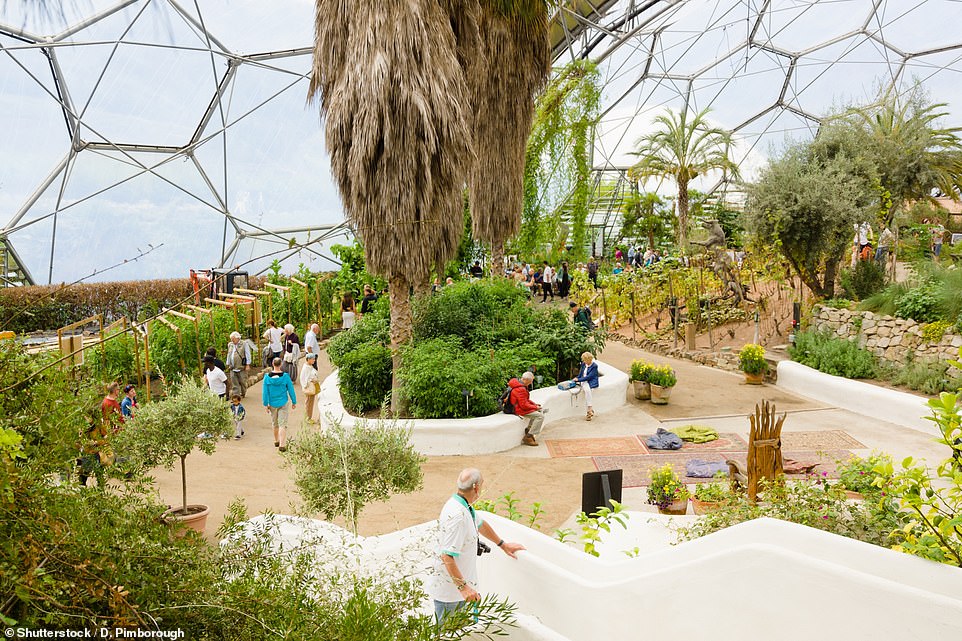 The lush Eden Project in Cornwall attracted 20 per cent of the vote from those who have visited its bubble-like biomes and outstanding range of plants from around the globe.

It opened in 2001 after being funded by the Millennium Commission and was part of a push to re-energise the South-West.

The original beauty of the site was spotted by the BBC, who used it as a filming location for their 1981 series The Hitchhiker’s Guide to the Galaxy. 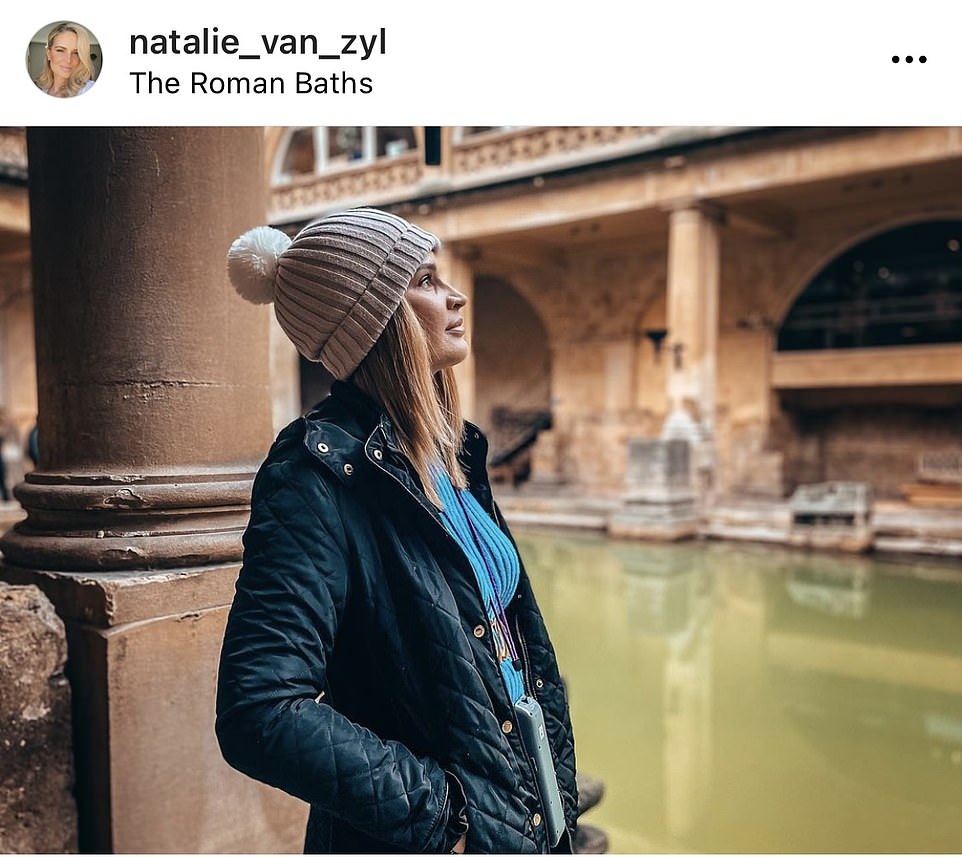 Social media users flock to the Roman Baths, in Bath, to get a snap all year round – often while taking part in the tour of the ancient structure 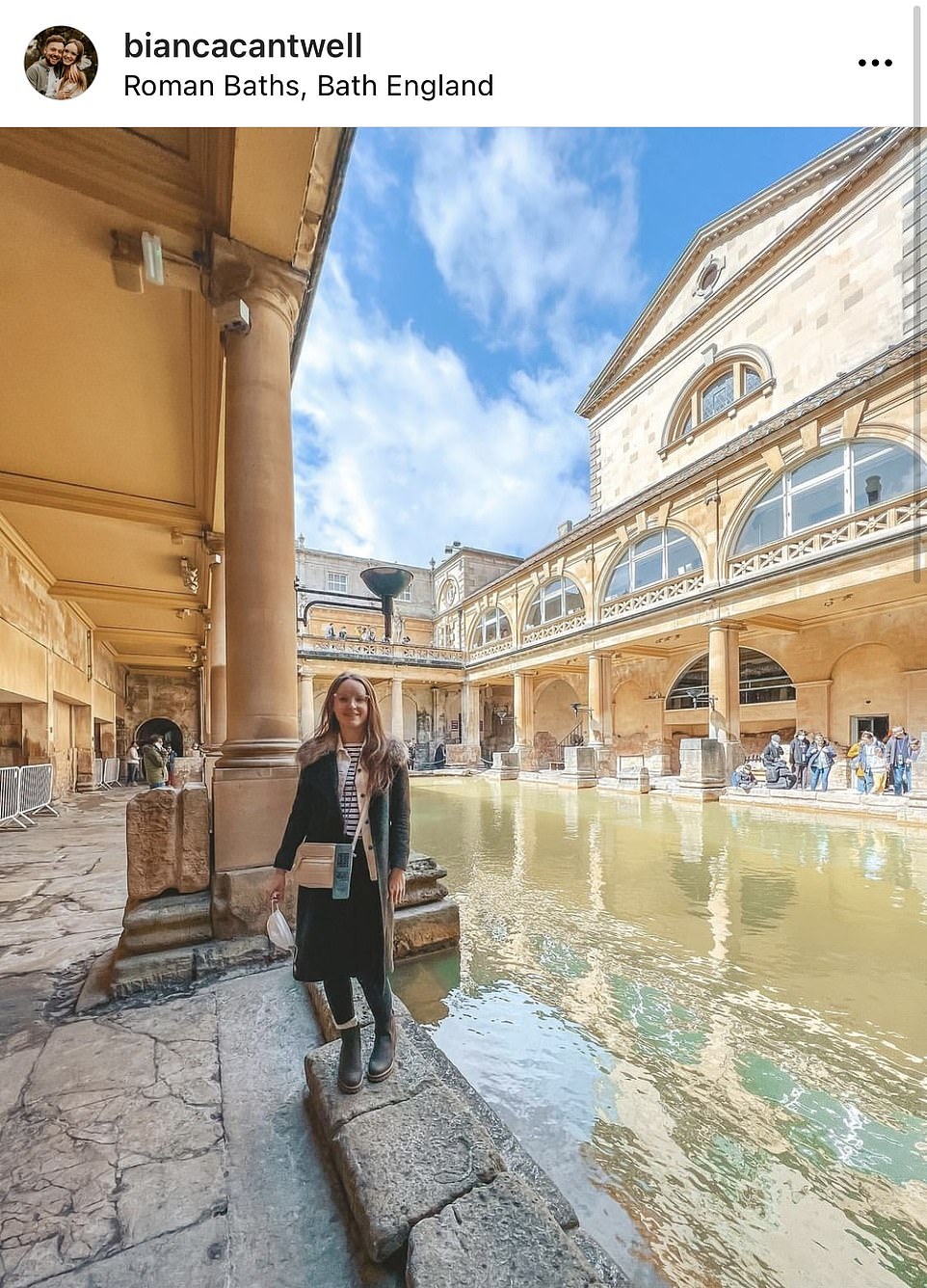 The historic Roman Baths also attracted a large part of the vote, 20 per cent, with many Instagram users choosing to pose at the location all year round.

Many Brits and tourists enjoy taking snaps of themselves looking into the partially uncovered marble and wood structure.

Visitors are free to explore the Roman Baths complex, walk on the original Roman pavements and see the ruins of the Temple of Sulis Minerva. 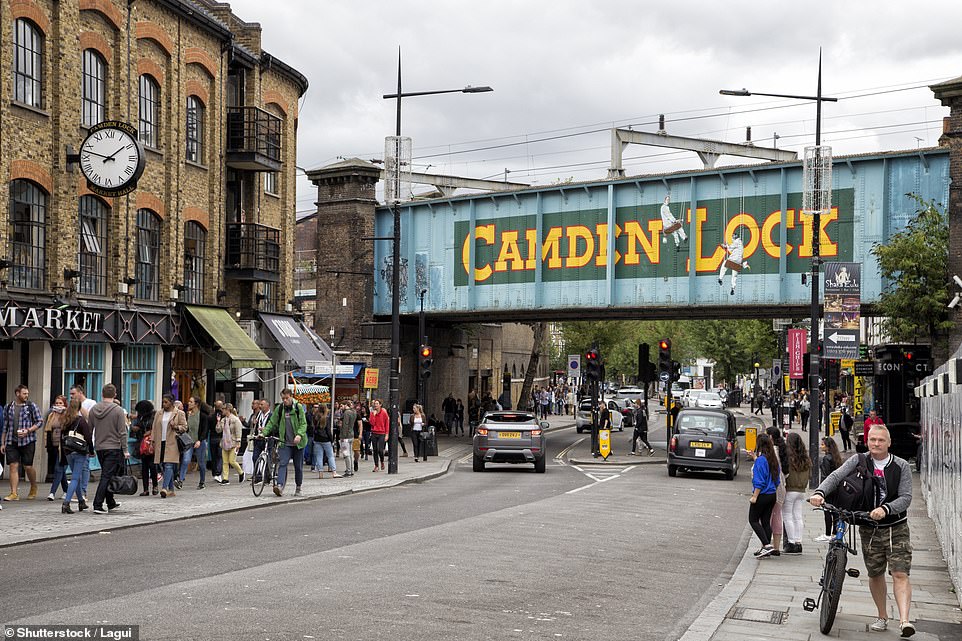 London’s buzzing Camden Lock was also high up on the list of locations, with tourists and locals alike making the most of the iconic bridge 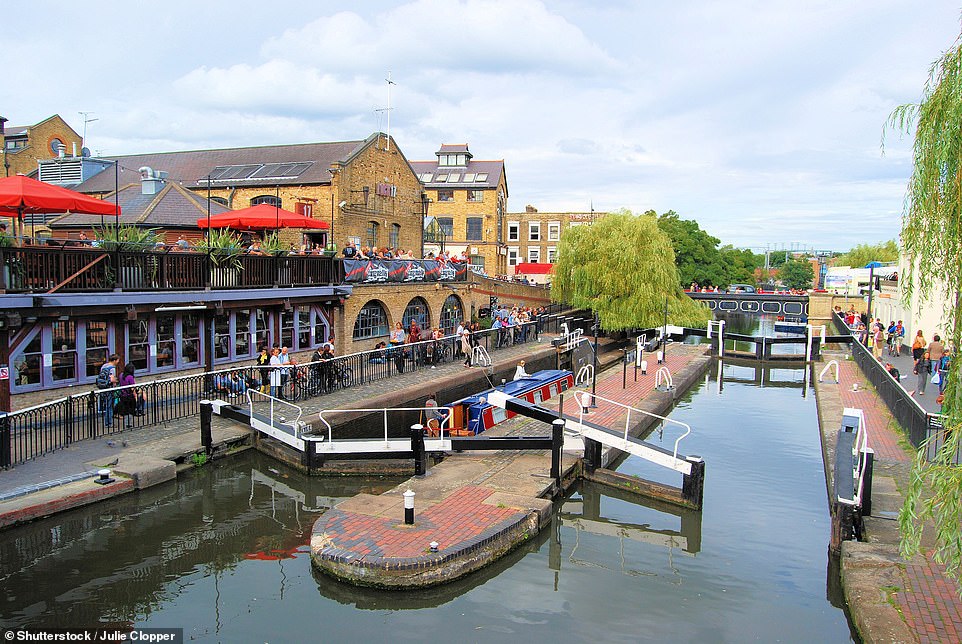 The rustic background of Camden Market in central London secured its place in the top ten, with 14 per cent of people plumping for it.

It has more than 452,000 tags on Instagram, beating Columbia Road Flower Market which has just 66.400 Instagram tags.

10: The Houses of Parliament, London 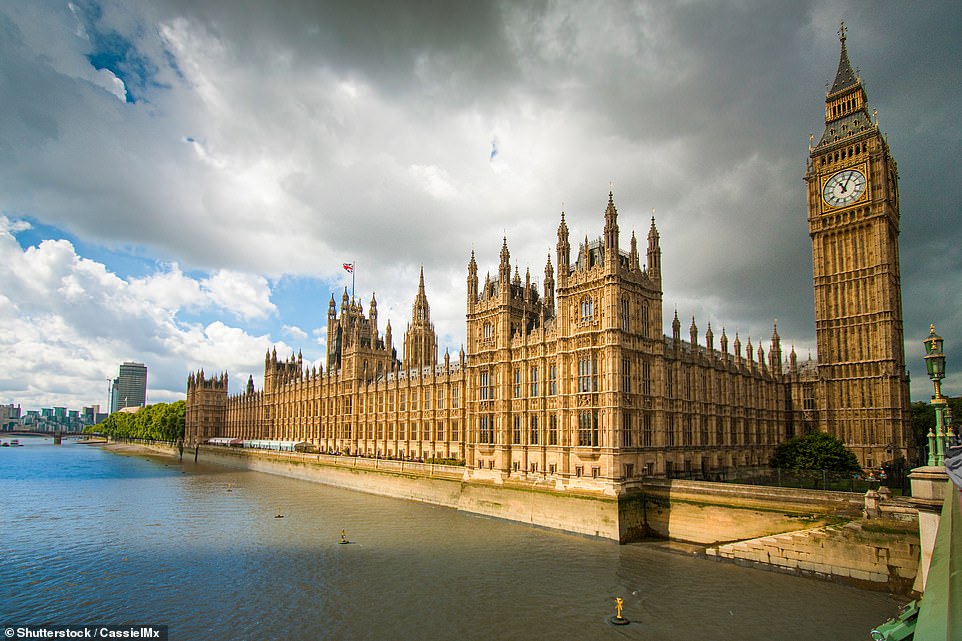 Big Ben and the Houses of Parliament make a stunning backdrop to any social media guru’s trip to London, with the iconic landmark taking the final spot in the top ten

The Houses of Parliament makes up the final number of the top ten, with 14 per cent of those surveyed picking it as their favourite place.

Posing with Big Ben in the background is as sure-fire way to let your online followers know that you have been visiting the capital.

The research also revealed that seven in ten Brits enjoy snapping UK spots because of the history, and 61 per cent claiming that the landmarks are stunning.

Almost half enjoy taking pictures of UK cities because they have a great mix of “urban” and “green” spaces, while 36 per cent appreciate the cultural context of certain locations, such as seeing where famous people have lived.

London has been unveiled as the most Instagrammable city in the UK, with 157m tags on the social media site, followed by Edinburgh and Liverpool. 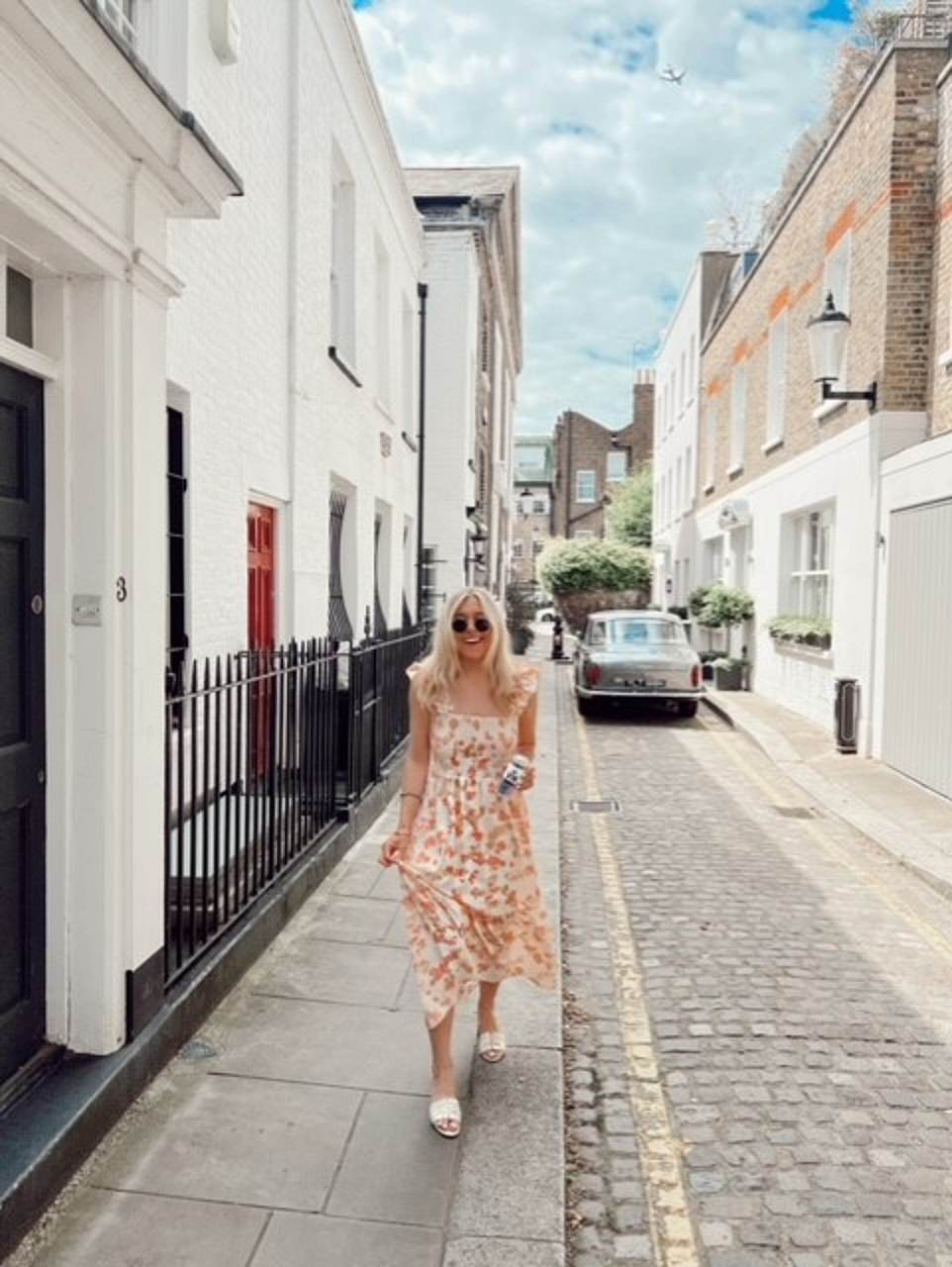 Almost a third of Instagram users admit they’ll retake a picture numerous times in order to get something perfect for the ‘gram.

The research also uncovered the most Instagrammable cities in the world, with Paris taking the top spot, 55 per cent, followed by New York, 54 per cent, and Venice, 37 per cent.

Jade Fowles from Vin Crowd, which commissioned the survey of 1,000 UK-based social media users said: “Our research reveals the most insta-worthy locations in the UK, from urban spots like London’s Camden Market and Manchester’s famous Canal Street, through to areas of natural beauty including Stonehenge, the White Cliffs of Dover and Portmeirion in Wales.

“We know that our Vin Crowd canned spritz drinkers love a picturesque hotspot for their Instagram grid, as they regularly tag us in their amazing shots when they’re out and about, so it’s great to see where people have on their hit list for social media sharing.”