By Jake Ryan Home Affairs Correspondent For The Mail On Sunday

Killer drivers could be given life sentences after new laws come into force this week.

The maximum sentence for causing death by dangerous driving is currently 14 years but it will be lengthened to life under new legislation.

The changes, introduced in the Police, Crime, Sentencing and Courts Act, come into effect on Tuesday.

Careless drivers who kill while under the influence of drink or drugs will also face potential life sentences.

A series of new laws also include penalties for assaults on emergency workers and mandatory life sentences for those convicted of the manslaughter of emergency workers. The latter is known as ‘Harper’s Law’ after PC Andrew Harper, 28, who was killed in 2019 while investigating a burglary.

And a new offence of causing serious injury by careless driving will allow courts to punish more harshly those who inflict long-term injuries.

Meanwhile, sports coaches and faith leaders will also be recognised in law as having ‘positions of trust’, thereby banning them from engaging in sexual activity with under-18s. 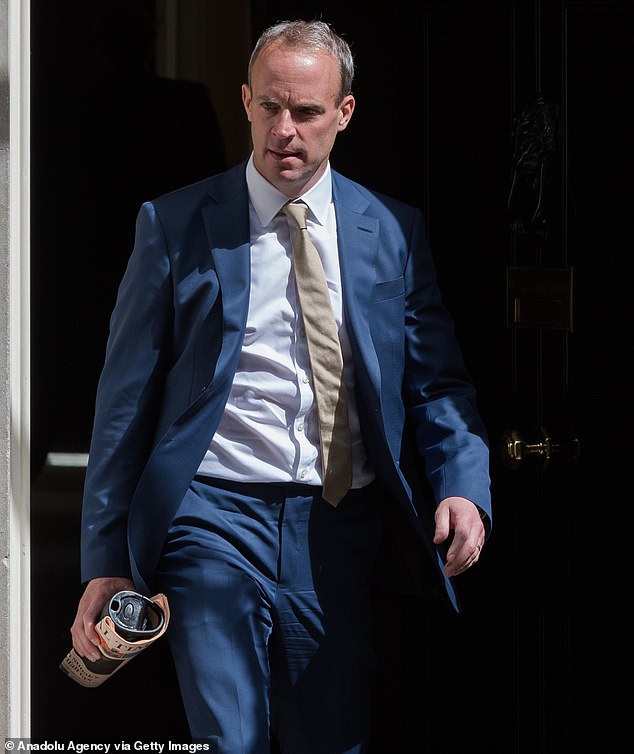 Killer drivers could be given life sentences after new laws come into force this week. Justice Secretary Dominic Raab, pictured, said: ‘Too many lives have been lost to reckless behaviour behind the wheel’

The rule already professionals including doctors, teachers and carers but has been extended through the PCSC Act to those who train, supervise or instruct young people in the fields of sport and religion. Such a move was recommended by the Independent Inquiry into Child Sexual Abuse, established in 2014 following the Jimmy Savile scandal.

Dominic Raab, Deputy Prime Minister and Justice Secretary, said: ‘Too many lives have been lost to reckless behaviour behind the wheel, devastating families. We have changed the law, so that those responsible will now face the possibility of life behind bars.’

He added: ‘Our changes will also keep children safer, by making sure that people cannot use positions of trust in sport or religious institutions to exploit, groom or harm vulnerable young people.’