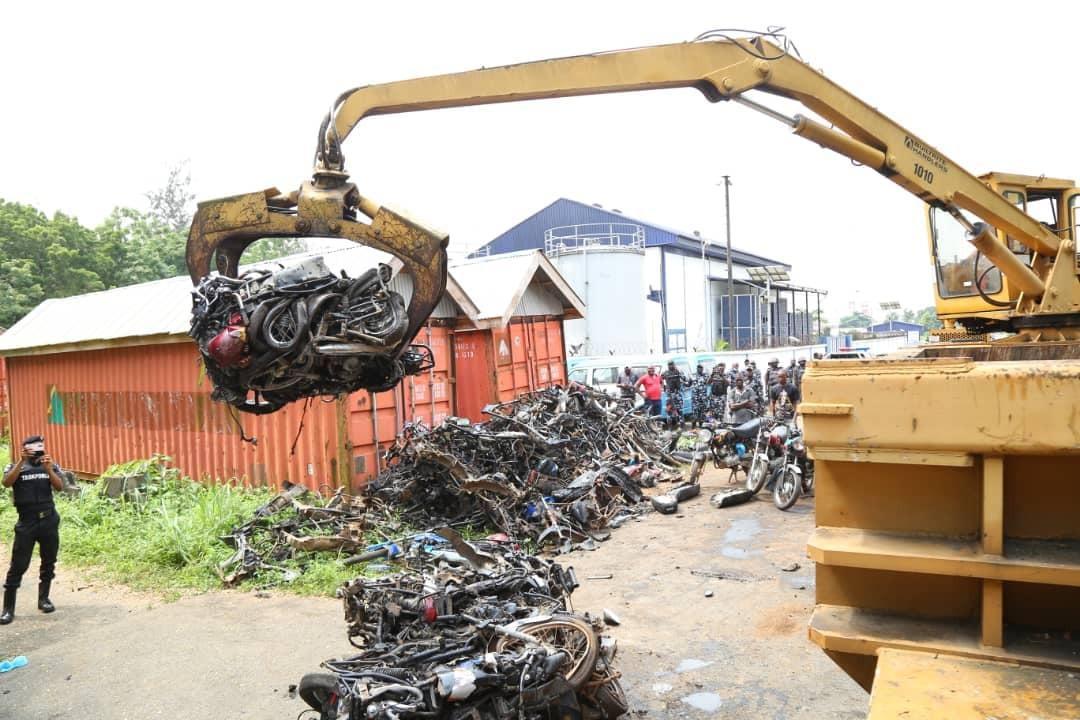 Motorcycles impounded at different times and locations in the state for contravening various traffic laws were today massively crushed at the Alausa Secretariat, Ikeja.

Speaking at the site where 482 of the impounded motorbikes were crushed, the Commissioner of Police, Hakeem Odumosu, disclosed that the crushing exercise has been on since the enforcement started but the exercise carried out publicly today was to convince members of the public especially the doubting Thomas that the impounded motorcycles are actually being crushed contrary to insinuations by mischief makers that the motorbikes are being sold and recycled.

The Commissioner of Police, therefore, wishes to further warn erring motorcycle operators plying restricted areas and those violating other traffic laws or using motorcycles for criminal activities in the state to have a change of mind or face the legal consequences.

The police boss assures that the crushing exercise will be a continuous one to discourage people from trampling upon the law, and reiterate determination of the Police Command to enforce the law. 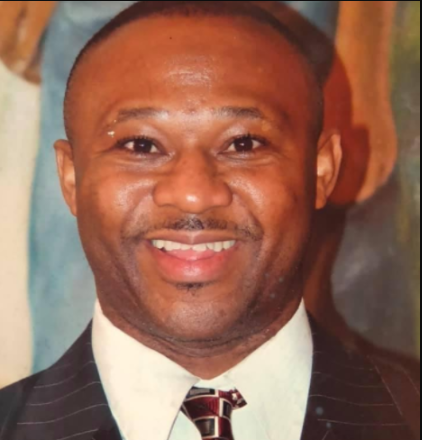 Advertisement Nigerian man Noel Njoku while delivering food in the U.S shot dead There is news about a Nigerian man in the United States of America (USA). While delivering food in Mitchellville, Maryland, United States 48-year-old Noel Njoku, a DoorDash delivery driver, was killed on Thursday, August 12. Detectives are trying to determine a motive… 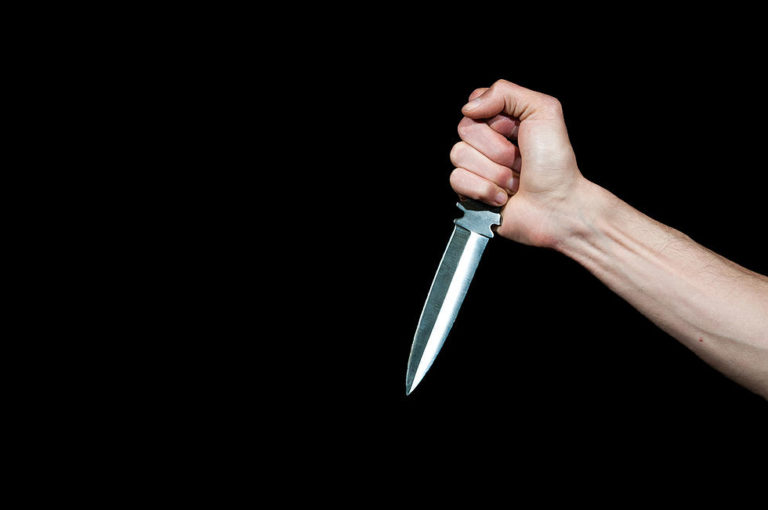 Advertisement A 32-year-old man has been stabbed to death by his friend following a quarrel between the two at a funeral in Akyem-Nkwanta, a suburb of Akyem-Oda in the Eastern region. Kwame Frempong was stabbed with a knife by Nana Kwame, 34, popularly called Cambodia. Advertisement JoyNews gathered that the two argued in the afternoon…

Advertisement The Special Anti-Robbery Squad of the Nigerian Police (SARS) have reportedly killed a young man in front of an hotel in Ughelli area of Delta State. This was made known by a Twitter user with the display name Ichie Teejay in a video he posted on his page some minutes ago. According to him,… 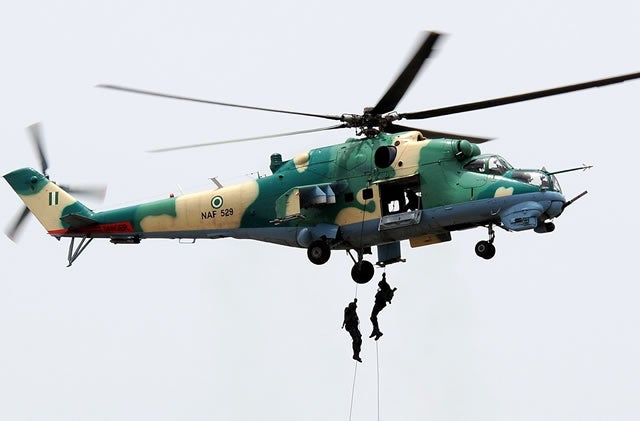 Advertisement The Air Task Force of Operation Lafiya Dole continues to achieve more successes against ISWAP elements in the Northeast region of the country. In a most recent development, scores of Islamic State West Africa Province (ISWAP) fighters were neutralised in the Doron Naira area of Lake Chad on the 24th of November. This was… 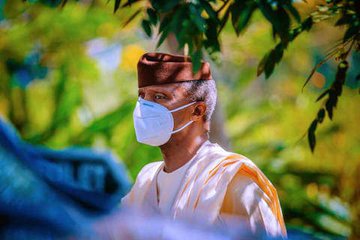 Advertisement Today marks the 64th year since Vice President Yemi Osinbajo has been alive and the Professor of Law is considered to be one of the most brilliant minds in the country. Well-meaning Nigerians as well as President, Muhammadu Buhari have penned down their eulogies about the VP Yemi Osinbajo on respective social media pages… 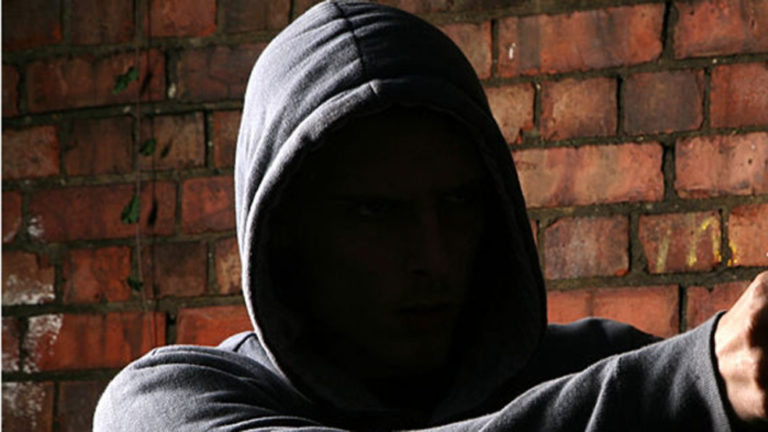 Advertisement The wave of neighborhood armed robbery, theft among other petty crimes is on the rise in Lagos and Ogun State in the past few days despite the lockdown in both states. And it appears Surulere is the next target. In the past few days, residents of Agege, Ipaja Ayobo, Egbeda and other towns  have…