Liz Truss said the UK is facing its biggest economic crisis in a generation and that now is the time for ‘bold action’ and not for ‘business-as-usual’.

The Tory leadership contender has repeatedly said she will introduce swift tax cuts and reverse the national insurance increase if she is made leader of the Conservative Party and Prime Minister.

The Foreign Secretary stated a growing economy is needed to fund public services and tackle issues like the massive NHS backlog.

Ms Truss also hit back at critics who have suggested that her plans are unrealistic, saying she was being ‘honest’ about the situation.

When asked if she is comfortable being the front-runner, Ms Truss said: ‘What I want to see is I want to see a country where everybody can succeed, regardless of their background. 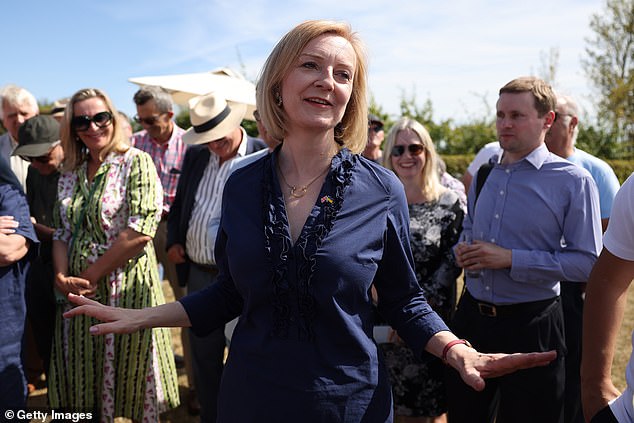 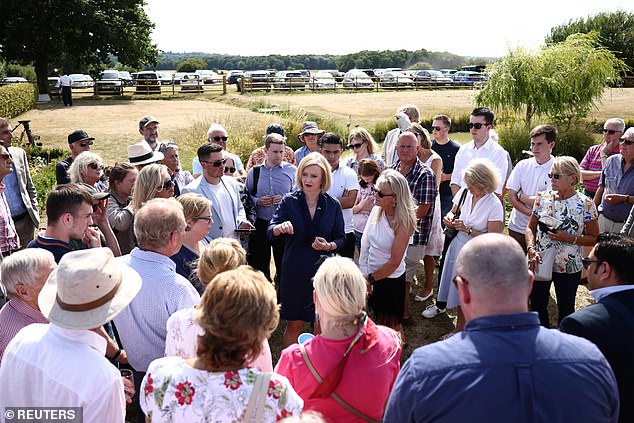 The Tory leadership candidate is considered to be the favourite, but she said she is not taking anything for granted

Speaking to reporters today on a campaign visit to Kent, Ms Truss said she was ‘very clear’ on the need to tackle that backlog, after Mr Sunak unveiled a set of plans to tackle the issue.

‘I am very clear that we need to tackle the NHS backlog and I would put in place a strong health secretary that would get that done,’ she said.

‘But in order to pay for those public services, we need a growing economy. That’s so vital that we unleash those post-Brexit opportunities. We get rid of those pointless EU regulations. And we also cut taxes to make sure that we are getting people to set up businesses and help grow the economy.’

Asked about Mr Sunak’s visit to Margaret Thatcher’s birthplace of Grantham earlier on Saturday and if she is a Thatcherite, Ms Truss said: ‘I think we need to move on. You know, we’re in the 2020s. We’re facing a global economic crisis.

‘And what we need now is bold action. That’s why I would make sure that people who work hard are rewarded, I’d make sure that businesses have those incentives to invest in Britain so that we can get the jobs and growth we need to succeed at the next election and to drive Britain forward in the future.’ 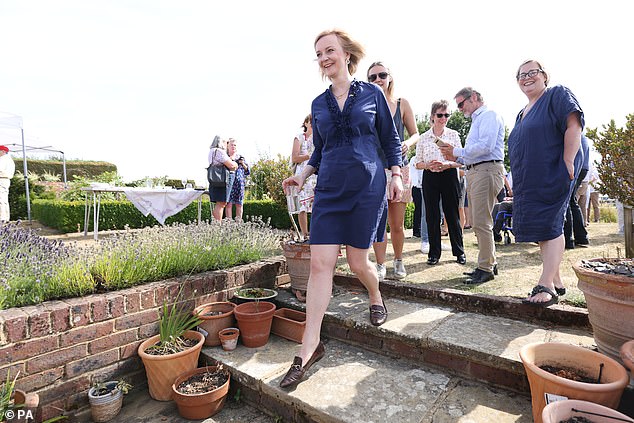 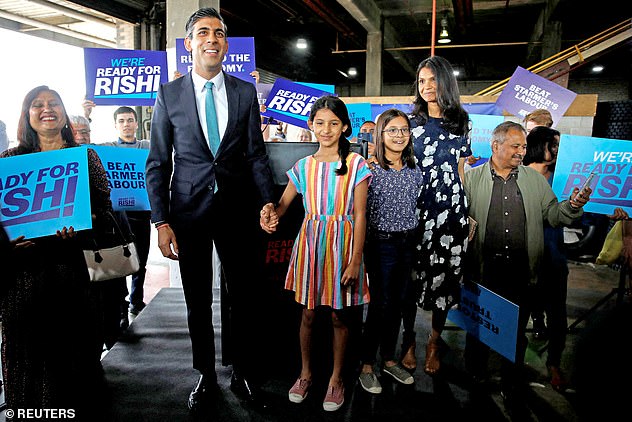 Tory leadership contender Rishi Sunak (pictured with his family) hit out at Liz Truss over her previous stance as a Remainer during a speech in Grantham, the birthplace of Thatcher

Rishi Sunak hit out at Liz Truss today over her previous stance as a Remainer and her tax policies.

In a speech delivered the former Chancellor also promised plans to tackle NHS backlogs, driven in part by a so-called ‘vaccines style’ taskforce before promising to ‘deliver on Brexit’.

‘If we are to deliver on the promise of Brexit, then we’re going to need someone who actually understands Brexit, believes in Brexit, voted for Brexit,’ he told a crowd at a campaign event, to cheers.

Mr Sunak, in a speech punctuated by frequent applause and which included repeated warnings about inflation, also said: ‘We have to tell the truth about the cost of living’.

‘Rising inflation is the enemy that makes everyone poorer and puts at risk your homes and your savings. And we have to tell the truth about tax.’

‘I will not put money back in your pocket knowing that rising inflation will only whip it straight back out.’ 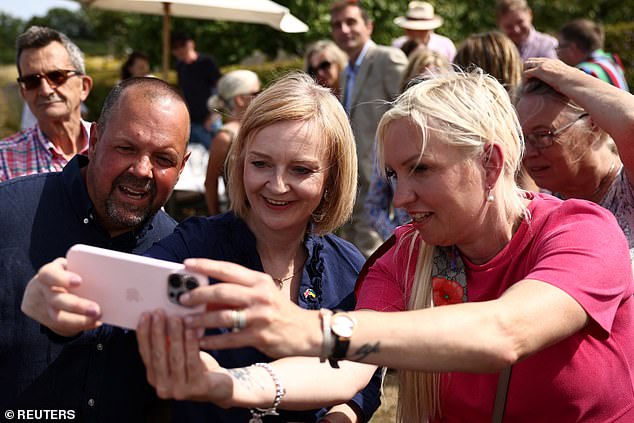 Ms Truss defended herself against criticisms from Rishi Sunak, saying she is ‘being very honest about the situation’

Liz Truss hit back at criticisms by former chancellor Rishi Sunak that it would be wrong to increase government borrowing to fund tax cuts.

Tax cuts have become a major dividing line in the campaign, with Tory leadership rival Mr Sunak stressing his own economic credentials and attacking the proposals from Ms Truss.

‘I think it is wrong to be taking money from people that we don’t need to take, when people across the country are struggling with the cost-of-living crisis,’ the Foreign Secretary said.

‘We know fuel bills are higher. We know that food bills are higher. And what my changes would do is help people with the cost of living, but also drive growth in the economy that’s going to lead to higher tax revenues so we can pay back that debt.’

She added: ‘I’m being very honest about the situation. We face the biggest economic crisis we have for a generation and now is not the time for business-as-usual.’

The Tory leadership highlighted that she is running a ‘positive campaign’, and is someone who gets things done’ in politics.

‘And I’ve stood up to Vladimir Putin after his appalling invasion of Ukraine. I’m somebody who gets things done. That’s what I’m talking to Conservative party members about and I’m running a positive campaign.’