Liz Truss will expand the controversial Rwanda migrant deportation plan to countries such as Turkey if she becomes Prime Minister, it has been claimed.

The foreign secretary has told MPs privately that she will open negotiations with more countries to get them to take refugees arriving in Britain if she wins the leadership, the Times said.

While sources close to Ms Truss poured cold water on claims by Sir Christopher Chope that this would include Spain, Turkey was accepted as a possible destination despite already having the world’s largest refugee population.

Despite the claims, Turkey has repeatedly claimed that it does not have the capacity to deal with any new influx of refugees after it bore the brunt of the wave of Syrian refugees in 2015.

Speaking last year after the fall of Afghanistan to the Taliban, Turkish president Recep Tayyip Erdogan called for other EU nations to ‘bear the burden of the Afghan migration’. 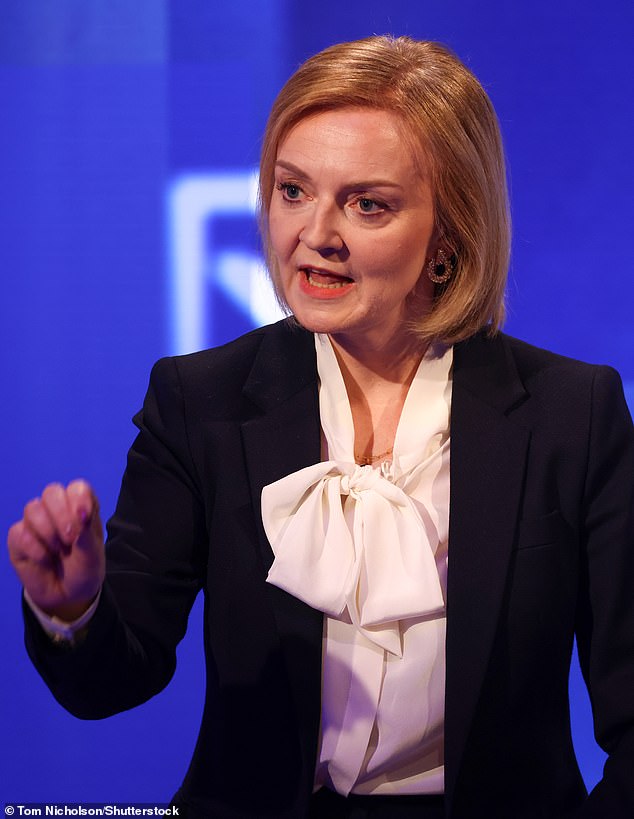 The controversial plan has yet to send anyone to Kigali, and the first flight is unlikely to take off before a new prime minister is unveiled in September – if it survives legal attempts to have it scrapped.

The Home Secretary’s inaugural removal flight to east Africa was cancelled shortly before it was due to take off on Tuesday following the 11th-hour intervention by the European Court of Human Rights (ECHR) – despite the UK Supreme Court’s green light.

All of the contenders in the race to replace Boris Johnson as Prime Minister have said they would keep the contentious policy which sees migrants sent to Rwanda for processing.

Channel crossings passed 13,000 for this year on Tuesday.

Attempts by Britain to begin deporting asylum seekers to Rwanda for processing – which is intended to serve as a deterrent – have been held up by court action.

France claims its security forces prevented 61 percent of attempted crossings this year, up 4.2 percent from the period last year. 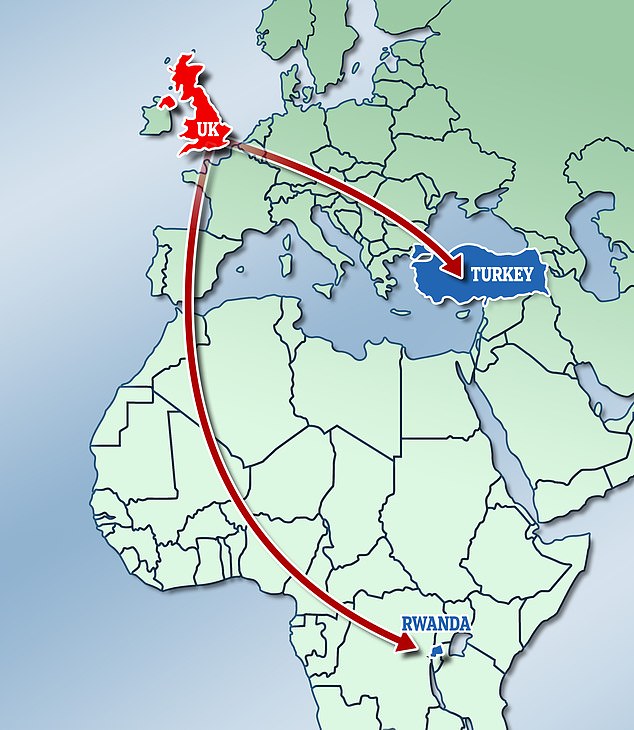 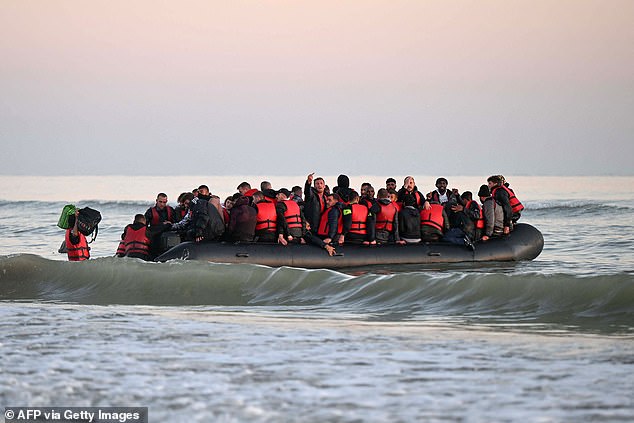 Channel crossings passed 13,000 for this year on Tuesday despite the Rwanda plan being intended as a deterrent

A Government spokesperson said at the time: ‘The rise in dangerous Channel crossings is unacceptable.

‘Not only are they an overt abuse of our immigration laws, but they risk lives and hinder our ability to help refugees who come to the UK through safe and legal routes.

‘The Nationality and Borders Act will enable us to crack down on abuse of the system and the evil people smugglers, who will now be subject to a maximum sentence of life imprisonment.

‘Under our new Migration and Economic Development Partnership with Rwanda, we are continuing preparations to relocate those who are making dangerous, unnecessary and illegal journeys into the UK in order for their claims to be considered and rebuild their lives.’

Ms Truss is still in contention to enter the run-off phase of the Tory leadership elections and racked up 64 MPs supporting her at the last ballot.

She has work to do, however, to catch up with former Chancellor Rishi Sunak who came top with 101 votes and Penny Mordaunt in second with 83 – adding 16 to her previous tally.

If she does gazump Ms Mordaunt into second place, polling suggests the foreign secretary would make light work of a runoff with Mr Sunak and likely would become Prime Minister.