Lawyers are set to file over 100 new claims against Hertz on behalf of customers who say they were victims of false arrests, despite promises from the company’s CEO just this month to fix what he called a glitch in the system causing the false reports.

Stephen Scherr, who took over as CEO on Feb. 28, said the company has changed its practices to fix problems that have occurred when cars were reported stolen but the transaction was improperly recorded in Hertz’s system.

However, another 100+ cases are set to be filed to add to the more than 230 to date, which have sought over $750million in damages. Some of these new cases are being filed as civil cases separate from the bankruptcy proceeding because the incidents happened after Hertz got out of bankruptcy.

The allegations have caught the attention of Congress, who are demanding the Federal Trade Commission investigate.

Michael Okoasia, 29, a music video director from New York City, rented a 2019 Nissan Versa from Hertz at the LAX Marriott Hotel in California. 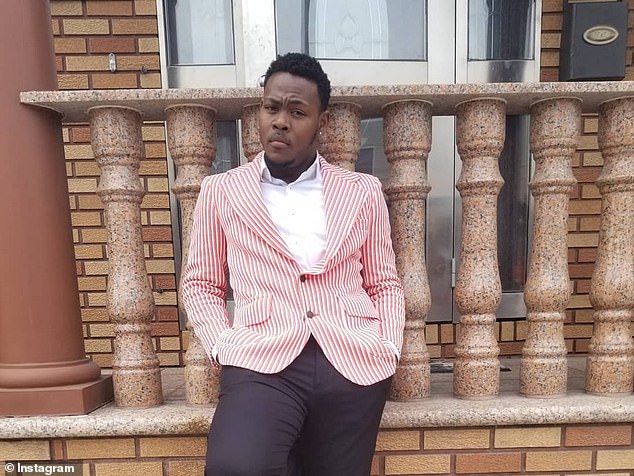 Michael Okoasia, 29, a music video director from New York City, rented a 2019 Nissan Versa from Hertz at the LAX Marriott Hotel in California when he was pulled over 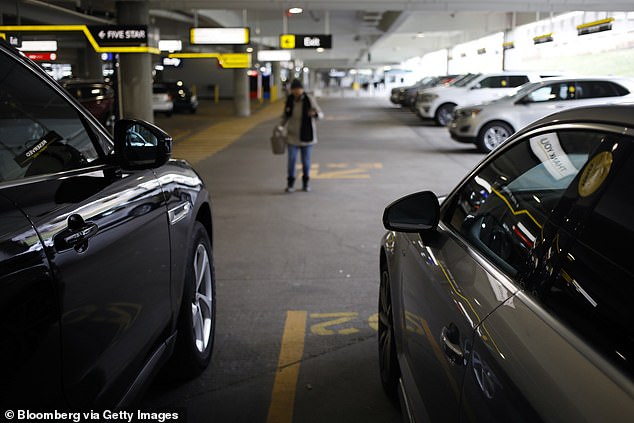 Rental vehicles parked at a Hertz location at the Louisville International Airport in Louisville, Kentucky

Okoasia claims he was headed to a video shoot when he was pulled over and arrested at gunpoint by 10 officers.

‘Hertz had rented me the wrong car and then without any investigation reported the car I was driving stolen. I was eventually let go, and the car towed, but not before a very public arrest in Hollywood,’ Okoasia said in a legal filing. ‘I had to tell the production team I had been arrested for being in possession of a stolen car.’

He’s claiming losses of about $20,000 because he was unable to shoot the music video he was employed on as well as airfare expenses.

Brittany Morgan and Jeremy Benjamin were pulled over at gunpoint in Houston recently after renting a Ford Mustang from Hertz’s George Bush Airport location.

‘We showed the police the paperwork and told them we had obviously not stolen the car. We were stunned when the police told us that the license plate on our car was from another car that was reported stolen and that it was not even the license plate listed on our rental paperwork,’ the couple wrote in their legal declaration.

‘We are infuriated that something like this could happen, and dumbfounded to learn that Hertz has previously rented ‘stolen’ cars to customers,’ they added. 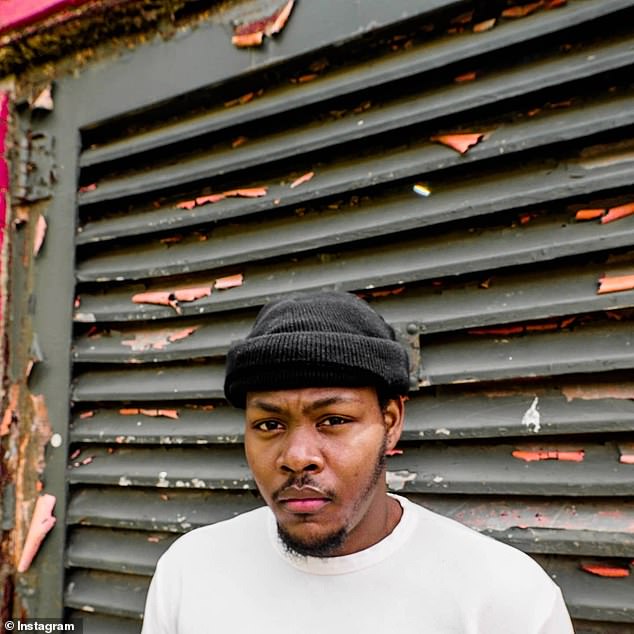 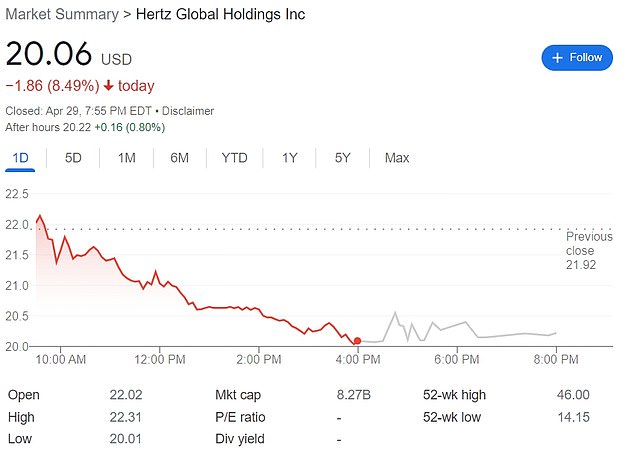 Hertz claims to file over 3,000 police reports annually in connection to their stock, claim that most of the reports are for customers who were ‘many weeks or even months overdue returning vehicles and who stopped communicating with us well beyond the scheduled due date.’

Scherr said earlier in April that he’d been working to fix a glitch in the rental-car giant’s systems that has led to some of its customers being wrongly accused of stealing cars they had rented.

‘This is among the first things that I have started to look to take care of and deal with in the first 30 days I’ve been at the company,’ Scherr told CNBC on Monday. ‘It is not acceptable to Hertz to have any customer … caught up in some of what has happened.’

Some Hertz customers have said they were arrested and jailed because the company accused them of stealing cars that they had paid to rent and in some cases had returned long before their arrest.

It’s not clear how many people are affected. More than 200 customers asked a federal judge in Delaware to Hertz to disclose records about erroneous theft reports, and the judge ruled in the renters’ favor in February. 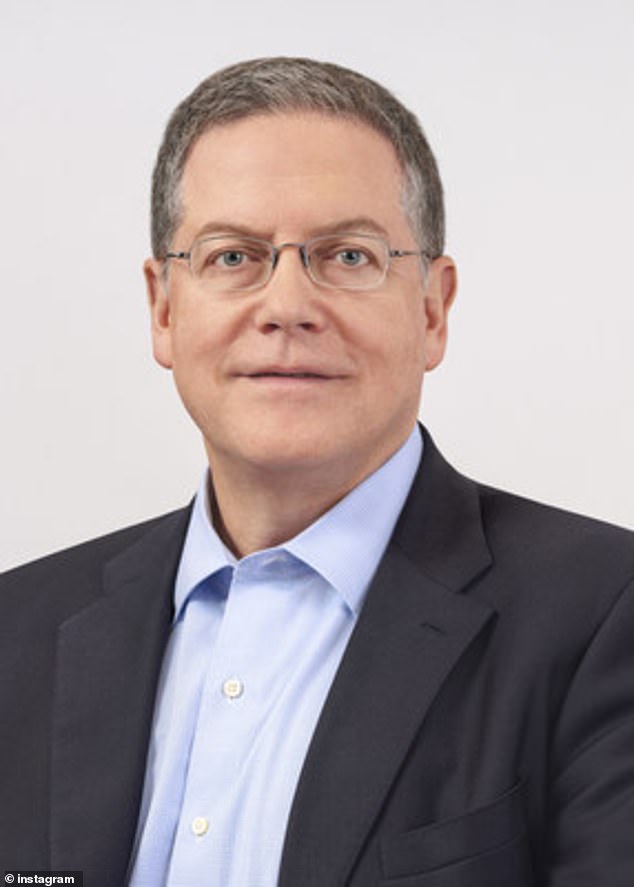 Stephen Scherr, who took over as CEO on Feb. 28, said the company has changed its practices to fix problems that have occurred when cars were reported stolen but the transaction was improperly recorded in Hertz’s system.

The company logo is shown on the exterior of a closed Hertz car rental office, May 23, 2020, in south Denver

Scherr said the false reports involve several hundred customers out of Hertz’s 15 million annual transactions, but lawyers for the customers say the number is more like 8,000.

‘We have changed our policies to avoid the possibility of this happening again,’ Scherr said. ‘No one customer should be put through that.’

Scherr said that in some cases, vehicles have been reported as stolen, the report was withdrawn when the vehicle was found, ‘but that rescission wasn’t recognized.’

Francis Malofiy, an attorney for the victims, told FOX Business that the company’s recent comments are ‘discordant’ with reality and ‘frustrating for a lot of people who are still being arrested, jailed and prosecuted for false police reports.’ 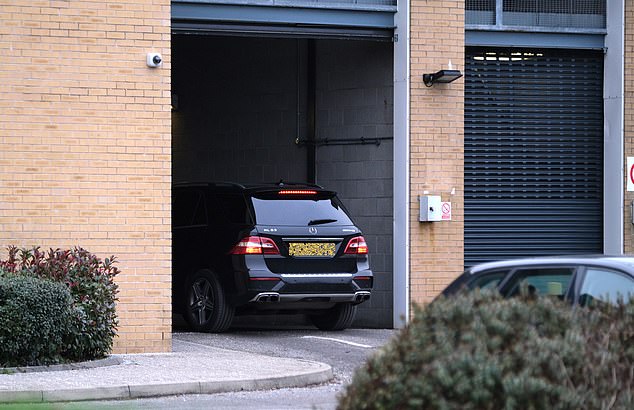 Advertisement Katie Price is seen being driven away from West Sussex police station by boyfriend Carl Woods Katie Price was driven away from police station by boyfriend Carl Woods   Former glamour model, 43, was escorted from car park by her partner  It comes after Price accused her ex-husband of raping an underage girl Kieran Hayler… 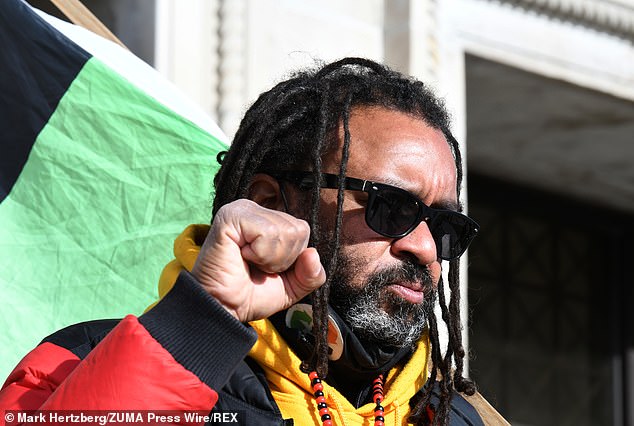 Advertisement The uncle of Jacob Blake, the black man whose shooting by Kenosha police last year set off the riots during which Kyle Rittenhouse fatally shot two men and wounded a third, slammed Rittenhouse’s not-guilty verdict on Friday.   Advertisement Justin spoke to a large crowd of reporters outside the courthouse immediately following Rittenhouse being cleared of all… 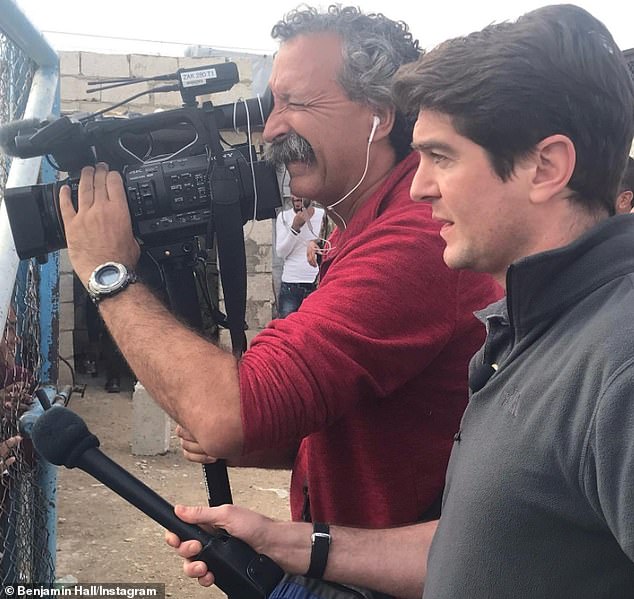 Advertisement A Fox News cameraman was killed in Ukraine on Monday, when the vehicle he was traveling in alongside correspondent Benjamin Hall was struck by incoming fire, the network confirmed Tuesday.   Advertisement Pierre Zakrzewski, 55, had been covering Russian’s invasion of Ukraine with Hall when their vehicle was hit in Horenka, outside of Kyiv, Ukraine, Fox… 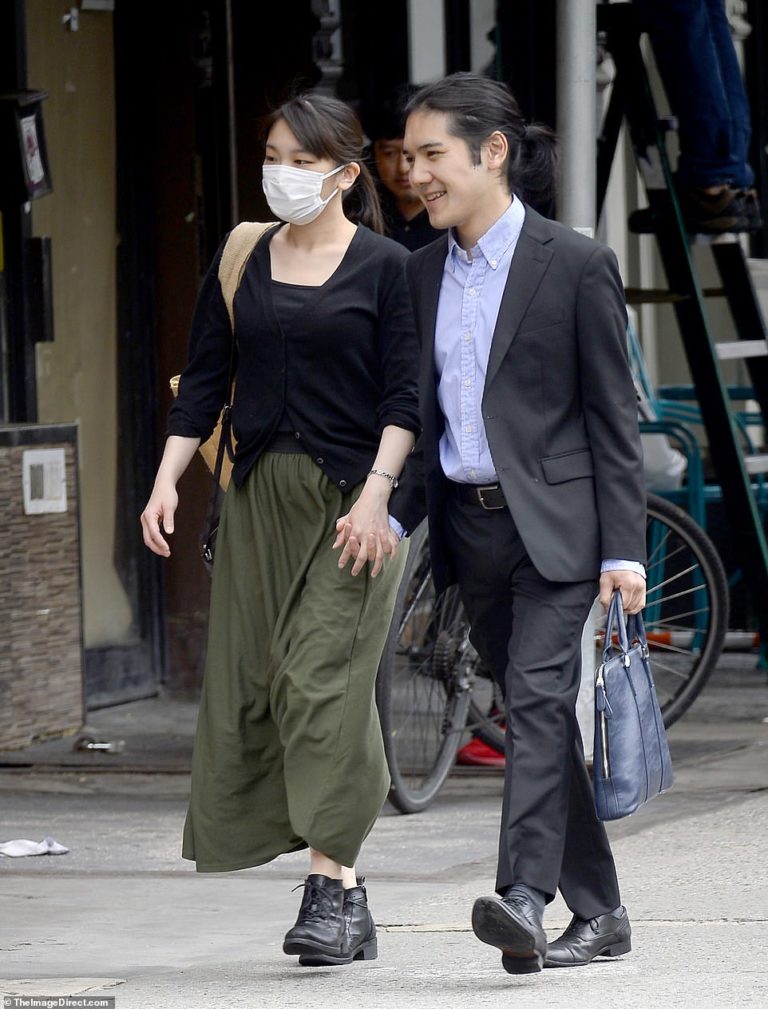 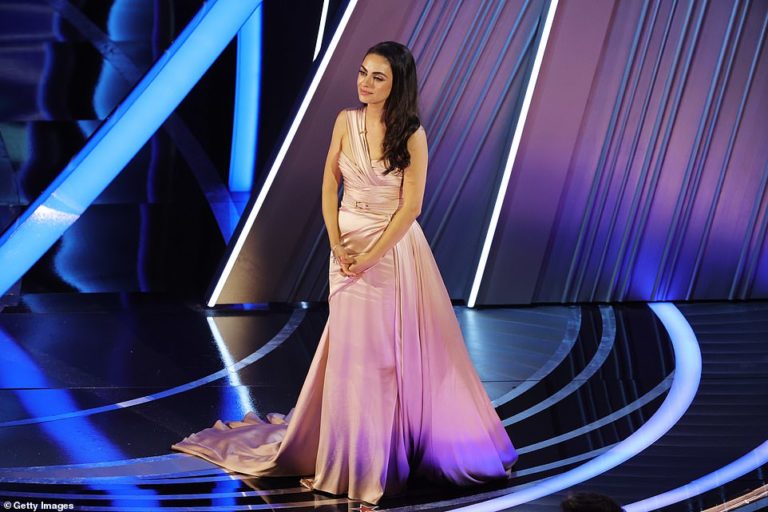 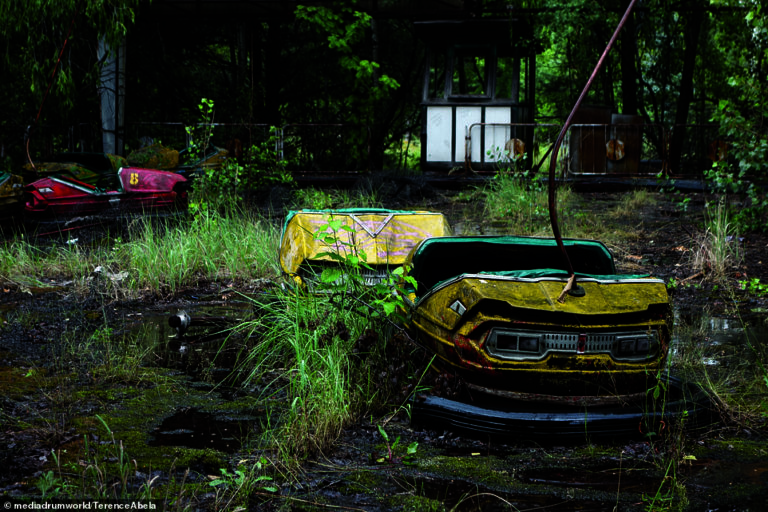