A Twitter user identified as Ladipo.Bode has recounted how his dog, a German Shepherd that has been with him for five years launched a surprise attack on him yesterday.

He revealed that the dog has been avoiding him for the past two weeks but he decided to attack him yesterday after he initially embraced his leg – his usual welcome gesture.

According to him, the dog left wounds on some parts of his body but he escaped after he used his leg to push him away.

I noticed that for like 2weeks he has been avoiding me, even when I try to play with him, he who’d just look or ignore, then today, I went out and I noticed that when I was about to open the gate he was barking, then I called his name and he stopped, then I opened the gate, then

using my other leg to kick him and escape, in the process I fell, he started attacking my calf, then I just used my strength to push him and quickly escaped. 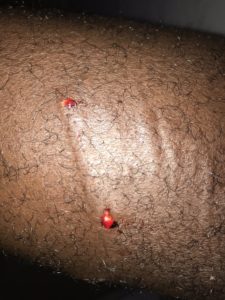 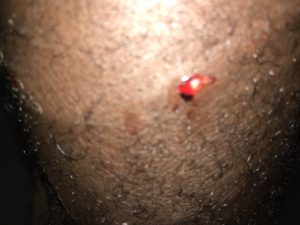 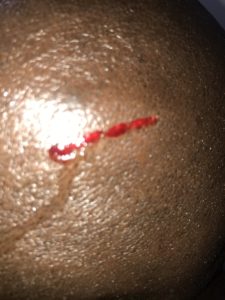