Marvel is bringing two new transgender characters into their universe with the upcoming debut of Escapade aka Shela Sexton and her partner in fighting crime, Morgan Red.

Announcing the new heroes, Marvel said in a statement that the pair’s first adventure will be in a ‘high-flying, yet intensely personal mission’ on the mutant nation of Krakoa in a special Pride comic.

A press release says the duo ‘tear through the Marvel Universe as professional thieves, stealing from criminal and corrupt organizations’ until an event changes Escapade’s life forever.

The concept was created by transgender writer Charlie Jane Anders who told Marvel’s website that Escapade is a ‘cool weirdo’ with a ‘profound loyalty to her friends.’

The artwork was created by British-based team Ro Stein and Ted Brandt.

Anders began her transition in 2001. 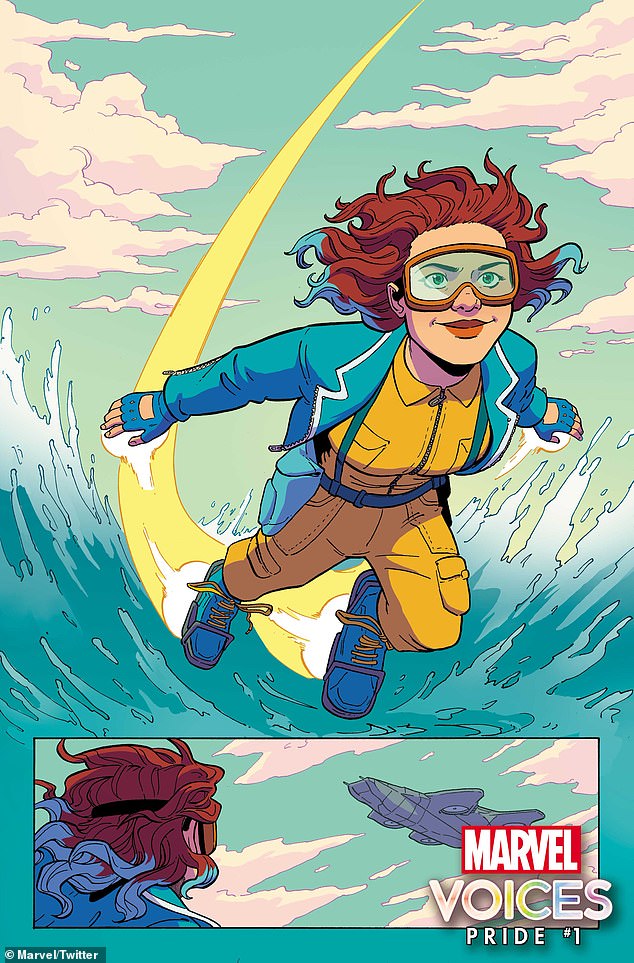 Escapade, shown here, is not a metaphor for being transgender, according to the creator 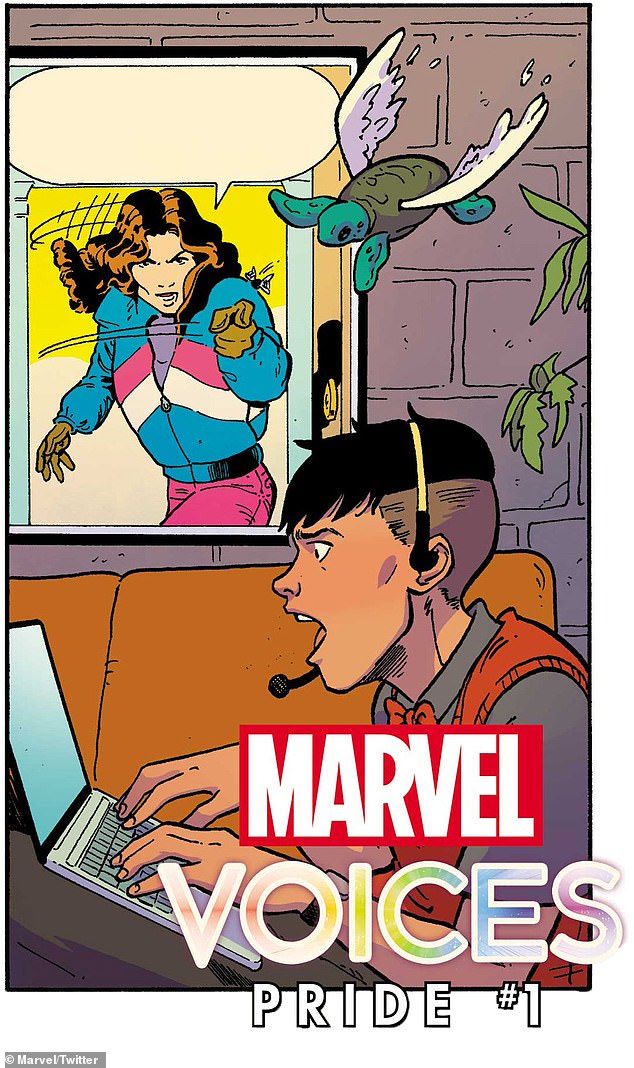 Escapade’s partner in crime fighting, Morgan Red, grew up with our main hero and the writer says that the pair supported each other during their transitions 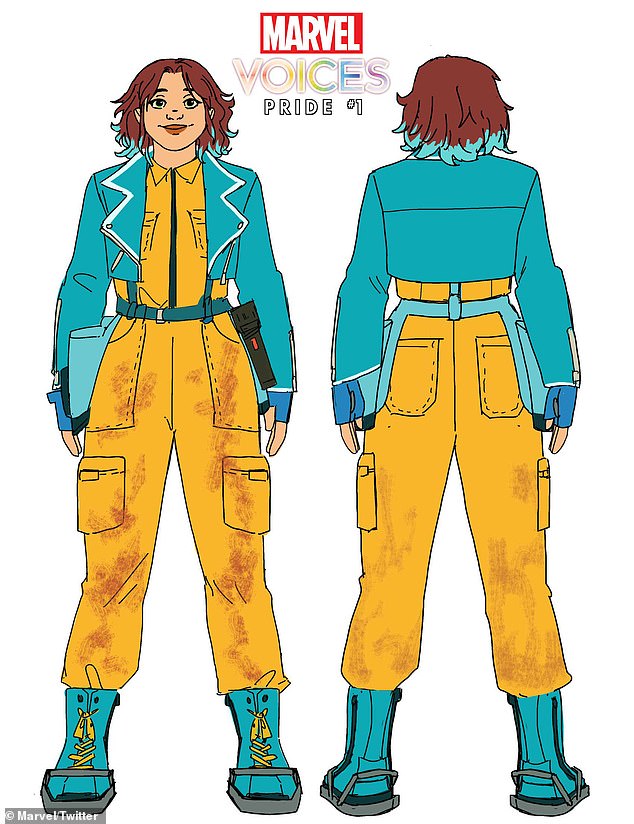 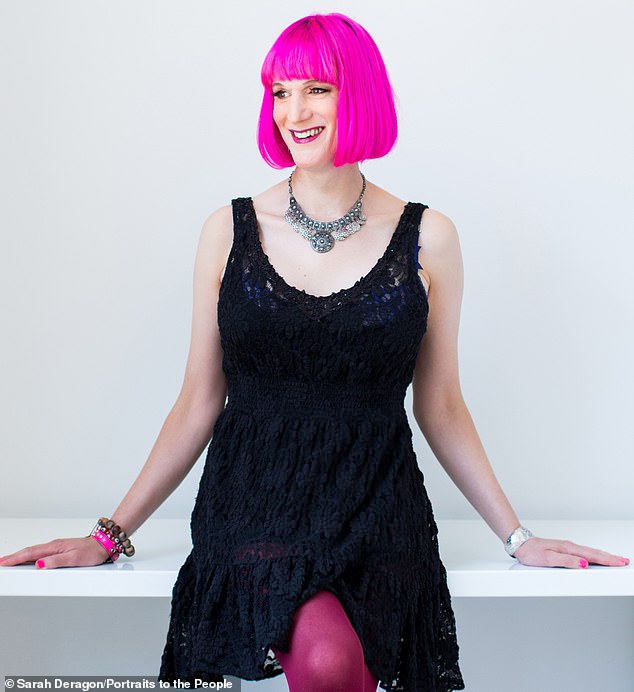 Anders says: ‘I wanted it to be super clear that being a mutant is not a metaphor for being trans, and vice versa.’

In the story, Escapade and Red have been friends since childhood and were there for each other as they transitioned. Anders says: ‘I feel like we are all nothing without our relationships.’

Escapade’s super power is that she can become a person who is standing close enough to her.

Whereas the literature around the release of comic doesn’t mention a superpower for Red, he is described as ‘tech-savvy’ with ‘a tool belt containing an arsenal of stolen tools and devices.’ 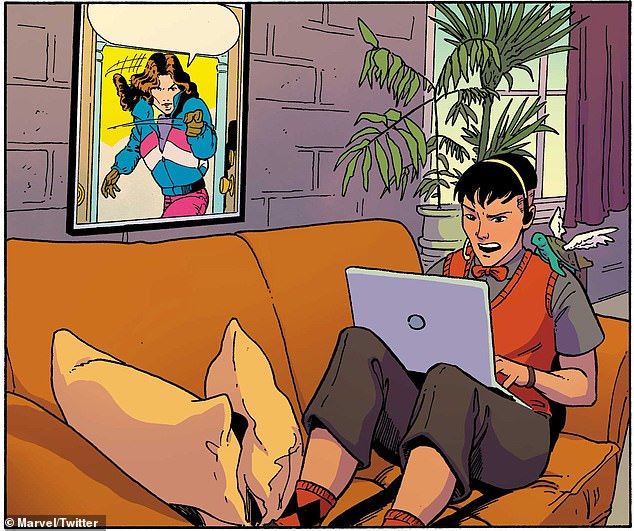 It’s not all fun and games as Anders says Escapade’s power comes with ‘potential pitfalls, and there are plenty of ways it can go wrong.’

Anders described the fact that both of her characters are transgender as being a key part of the story.

She adds: ‘It was really important to me to have a whole community of trans mutants in this comic – not just Shela and Morgan, but others. I wanted it to be super clear that being a mutant is not a metaphor for being trans, and vice versa.’

The writer believes that her creation has experienced rejection in her life because she is transgender.

Anders says: ‘She wants to be there for everybody who’s been left behind, and she wants to help people feel like they can belong and be seen and loved. That was something I really hope everyone reading this comic, especially young trans people, take away from it.’

The pair’s other partner is a genetically modified turtle that they saved from a lab.

Anders told Marvel’s  website that she is a devout follower of the Marvel Universe, adding that she sings the theme song to the original Spiderman cartoon theme in the shower.

In an interview with LightSpeed Magazine, Anders said that her favorite writers were Douglas Adams and Kurt Vonnegut.

Now, Anders wants her creations to ‘inspire trans and non-binary people everywhere to believe that they, too, can fight justice with the power of creativity and chosen family.’

According to an interview with Tor, Anders said that she began her transition from male to female in 2001.

She talks about that time period as being profound as it was also the year that she decided to be come a novelist. 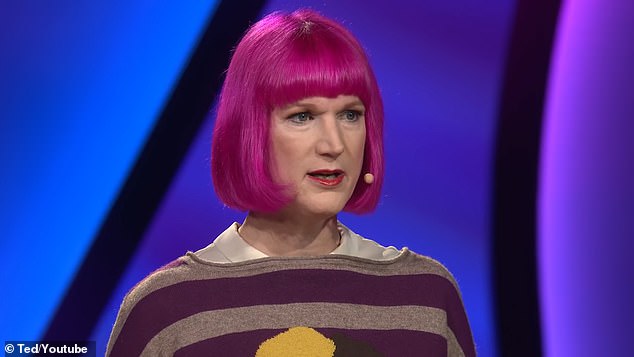 Anders has written extensively about trans issues for numerous publications. In 2017, she wrote a short story about an imagined dystopian world for trans people under Donald Trump’s presidency

Anders has written extensively for outlets such as Teen Vogue and The Washington Post about state legislations that she perceives target transgender youths in the US.

While Anders’ TedTalk: ‘Go Ahead, Dream About the Future,’ was viewed 700,000 on YouTube within a week of being uploaded, according to her official website.

In 2017, Anders wrote a short story titled ‘Don’t Press Charges and I Won’t Sue’ about a dystopian future for transgender people under the Trump administration.

Anders told Shondaland at the time of Trump’s inauguration: ‘I was really having a hard time sleeping. I was just terrified.’

Escapade and Red’s debut will be released on June 22 in the first edition of ‘Marvel’s Voices: Pride.’

The edition will feature eight stories in the Marvel Universe that are a ‘queer-centered anthology brought together by an amazing lineup of writers and artists from all walks of life.’