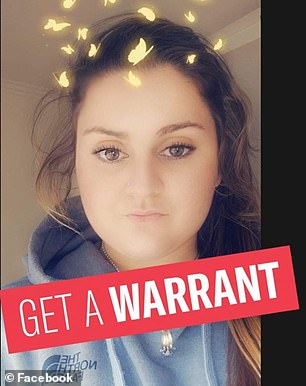 A drug-crazed ‘maniac’ mowed down two cops and left a 40km trail of destruction throughout one of Australia’s biggest cities in a McDonald’s run gone wrong, a court has heard.

Courtney Pollard, 29, had fallen asleep in the Maccas drive-thru lane in Frankston, south-east of Melbourne, two years ago when she was approached by the two officers.

Pollard woke up, and in horrific footage played to the County Court of Victoria on Friday, was seen ramming their police car, reversing into a male officer and pinning him into the wall.

A second female officer then had her ankle smashed to pieces after Pollard slammed on the gas and ran her down in a bid to escape the December 2020 incident.

The officers had been called to the fast food outlet by worried staff after Pollard blocked the drive-thru lane with her snooze.

What happened next could have been taken directly out of a blockbuster movie, with Pollard reaching speeds of more than 170km/h in her bid to escape justice. 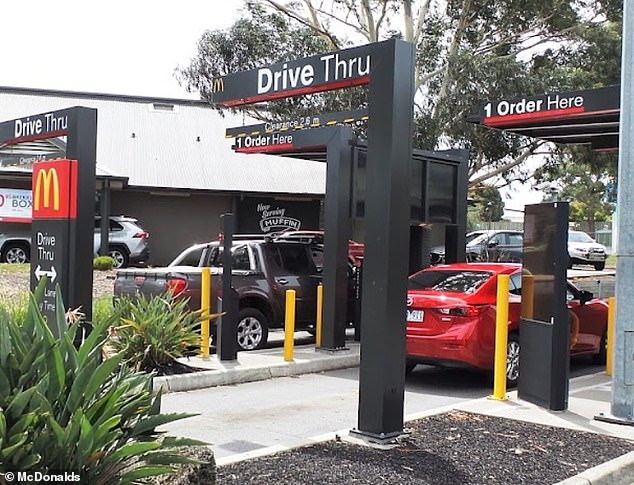 This McDonald’s drive-thru in Frankston, Melbourne, was where the wild pursuit of Pollard began

The court heard police had already had a run-in with the unlicensed Pollard that day after she failed to stop for them in Carrum Downs – just down the road.

Courtney stop, stop the car, what are you doing

Pollard had been free on bail when she took off and headed to the McDonald’s for her doomed treat.

CCTV footage from the outlet showed police calling her name before she callously ran them down.

‘Courtney stop, stop the car, what are you doing?’ an officer shouted before he was cut down.

The court heard Pollard ‘fishtailed’ her car out of the car park and hit speeds of 120km/h in an 80km/h zone as she headed east towards Patterson Lakes.

Smashing over bins and mounting gutters, Pollard managed to avoid police spike strips, which saw her veer onto the wrong side of the road. Pollard’s barrister Bethany East said her client now had the support of her new lover Stacey Fernandez (pictured), who supported her in court on Friday 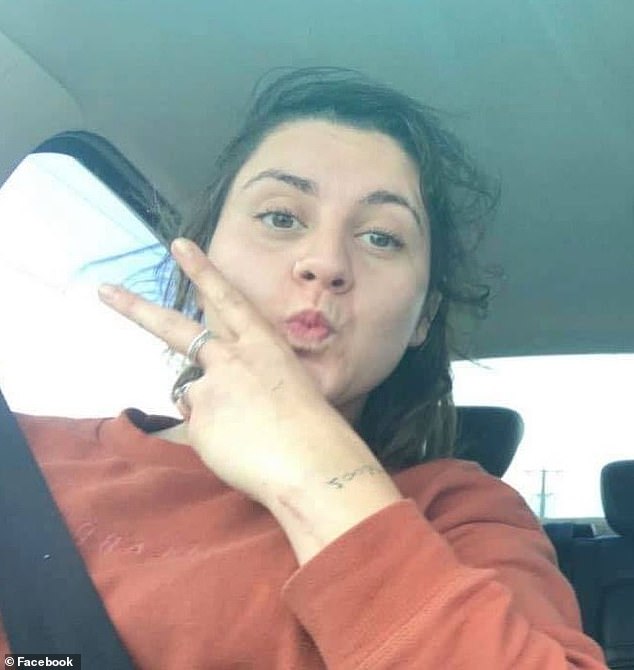 Courtney Pollard, above, now faces a decent stint behind bars for her wild 2020 ride

As police followed behind on road and the airwing from above, Pollard made it onto the Mornington Peninsula Freeway where she weaved through traffic at high speeds.

Police claim Pollard hit 170km/h on Thompsons Road before running through red lights and again veering onto the wrong side of the road in a bid to escape.

The court heard Pollard drove on the wrong side of the South Gippsland Highway, hitting 140km/h in the 80km zone in the process.

Hopes of stopping the crazed driver were dashed in Dandenong when spike strips failed to slow Pollard down.

With a tyre blown to the rim, Pollard continued to hit speeds of up to 150km/h, blazing through red lights as sparks flew behind her.

Police watched on in horror as Pollard repeatedly swerved onto the wrong side of the road, reaching 140km/h on Huntingdale Road – an 80km/h zone. 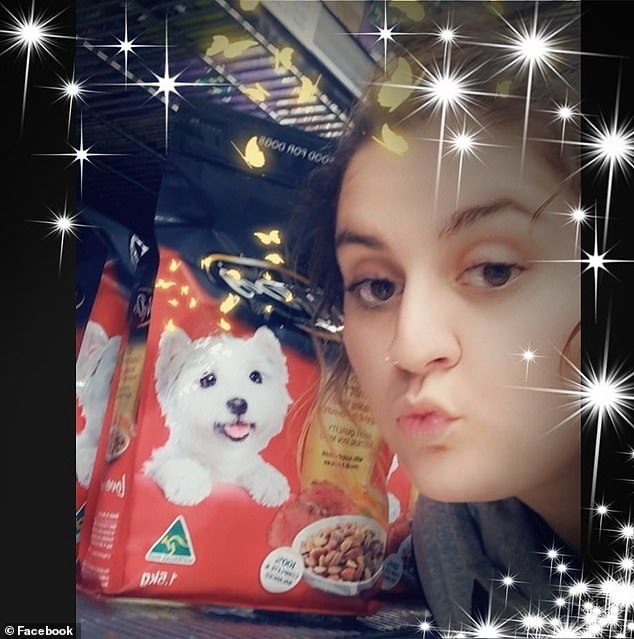 Dog Act: Courtney Pollard ran down two police officers who had tried to help her 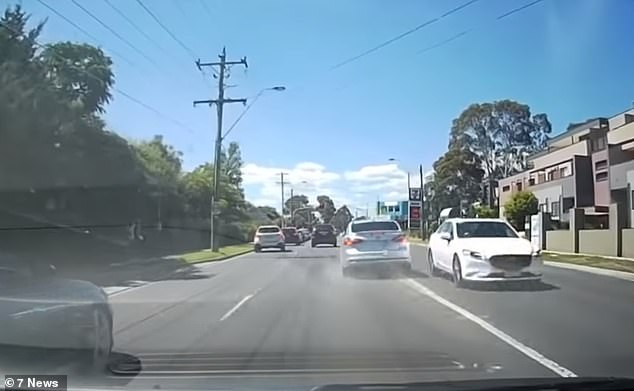 After ploughing into another car, Pollard’s reign of terror finally ended when she slammed her vehicle into a tree and made a run for it.

The court heard Pollard was arrested inside the Burwood home of a nearby resident, whom she had asked for a drink of water.

Her wrecked vehicle had been found littered with empty syringes.

Pollard pleaded guilty on Friday to 17 charges related to the pursuit, including seriously injuring the police officers.

In pleading for mercy, Pollard’s barrister Bethany East said her client now had the support of her new lover Stacey Fernandez, who supported her in court on Friday.

Ms East claimed Pollard had been suffering post traumatic stress at the time of the rampage and asked that be taken into account upon sentence.

County Court Judge Gavan Meredith, who will sentence Pollard at a date to be fixed, described Pollard as a ‘maniac’.

Pollard has already spent more than 500 days behind bars.