Rebecca Judd may be one of the AFL’s most recognised and glamorous WAGs.

But a new up-and-coming generation of AFL wives and girlfriends are ready to steal her spotlight. 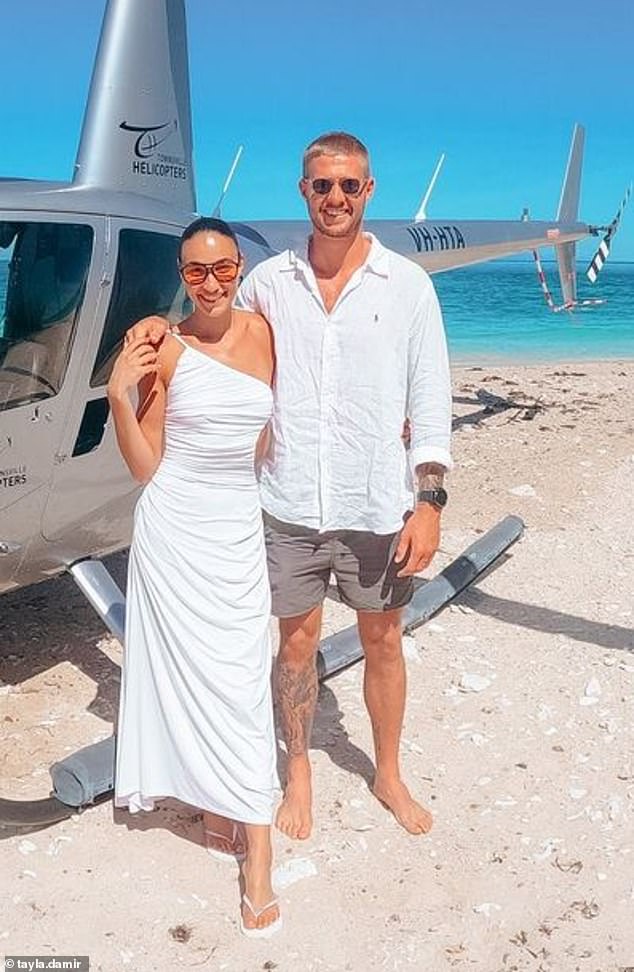 The Love Island star posted a video of the moment her fiancé popped the question on their front porch, which was recorded on their home CCTV system.

She recently said she was happy to be called a WAG following her engagement to Nathan.

‘It doesn’t bother me, to be honest. I know who I am – and apparently, I’m a WAG now. You’ve just got to laugh about it, really,’ she told Stellar magazine.

Tayla also said the couple were not in a rush to marry.

‘We’ll discuss an engagement party at a later date when the world’s got some normality back. [And] we’re hoping to do [the wedding] later next year, once the football season is over,’ she said. 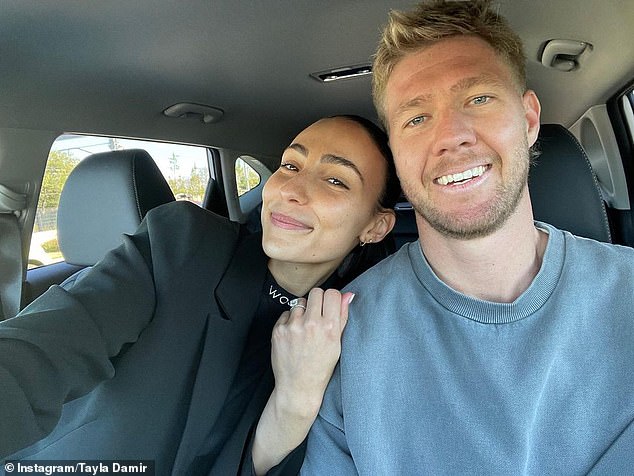 The couple went public with their romance during a getaway to Margaret River in Western Australia late last year.

They shared a number of social media images as they enjoyed some wine tasting in the renowned vineyard region. 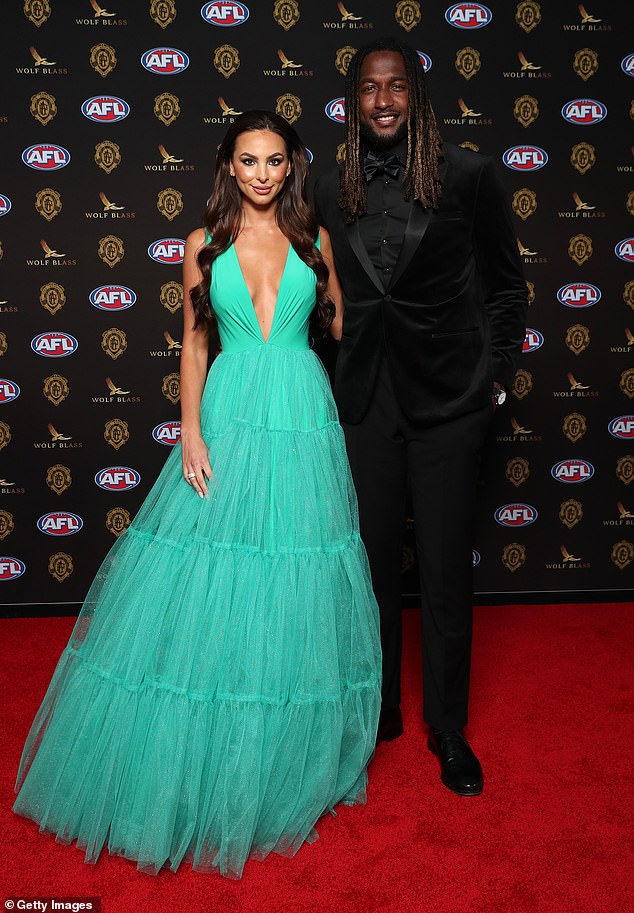 Gary Rohan went ‘Instagram official’ with his girlfriend Madi in April, but deleted the post one month later after receiving public backlash.

He and his ex-wife Amie Rohan split last year when he travelled with his Geelong teammates to Queensland to join the AFL Covid hub, while Amie stayed in Victoria with their children, Bella, three, and Sadie, one.

The Rohans had suffered unimaginable grief in 2018 when Willow, Bella’s twin, died five hours after birth due to a defect causing babies to be born without parts of the brain.

The pair had been married for four years prior to their break-up, with Amie revealing in April this year the split was more difficult than losing their daughter.

While Gary was in the AFL hub, he hooked up with Madi after his marriage broke down, months after Sadie was born.

Madi had been flown cross-country to use her physio skills to help Geelong Cats legend Gary Ablett Jr see out his final season. 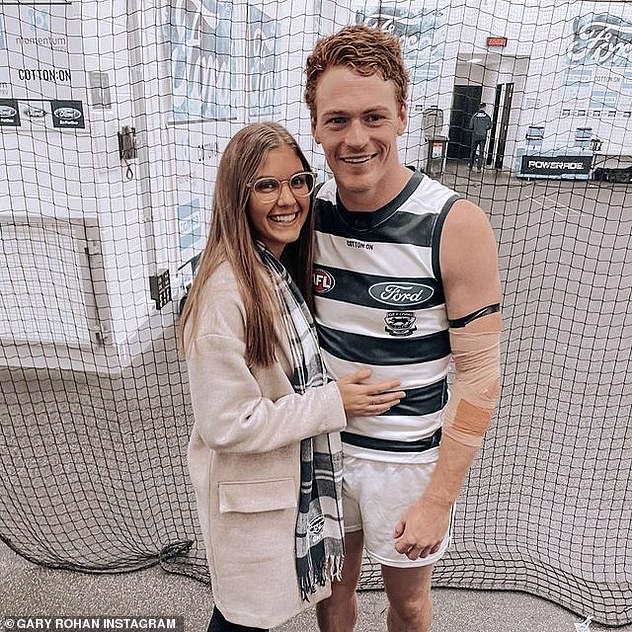 Danielle, who is the daughter of the late Danny Frawley, is the glamorous girlfriend of Angus Brayshaw.

She was recently one of the celebrities promoting the Caulfield Cup carnival.

Danielle is very supportive of her beau, cheering him on at most of his games and expressing her love for him on social media. 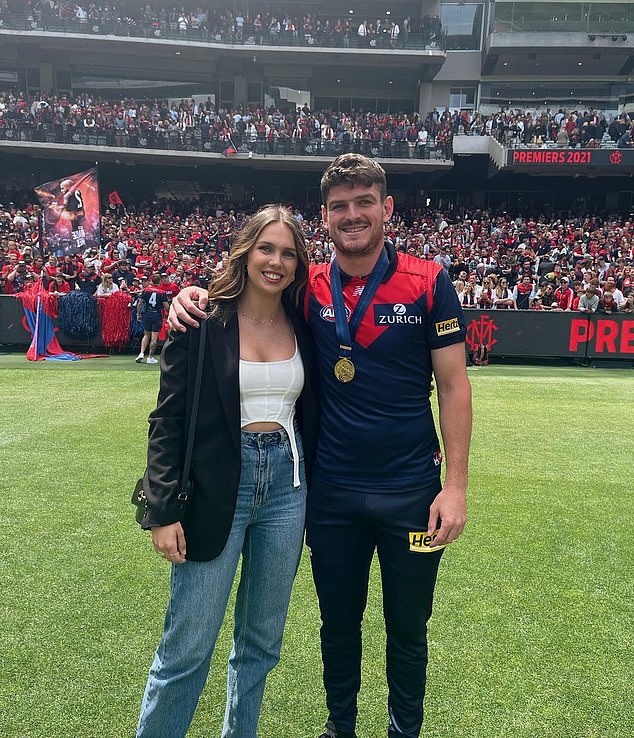 Loved-up: Danielle, who is the daughter of the late Danny Frawley, is the glamorous girlfriend of Angus Brayshaw

Liv married Jamie Cripps in a luxurious ceremony in Western Australia in October.

The couple were surrounded by family and friends as they celebrated their nuptials at Black Brewing Co, a craft beer brewery in Margaret River.

The AFL star got down on one knee and popped the question in Queenstown, New Zealand, two years ago.

Just a week after marrying her soulmate, Liv, 26, revealed she was in hospital battling thyroid cancer.

She broke the devastating news with a picture of herself lying in a hospital bed giving the camera a thumbs up, with countless tubes and wires surrounding her body.

The wife of West Coast Eagles player Jamie Cripps remarked that ‘cancer’ wasn’t a word she ever expected to hear in her mid twenties but she felt it was important to share so everyone checks on their own irregular ‘lumps’. 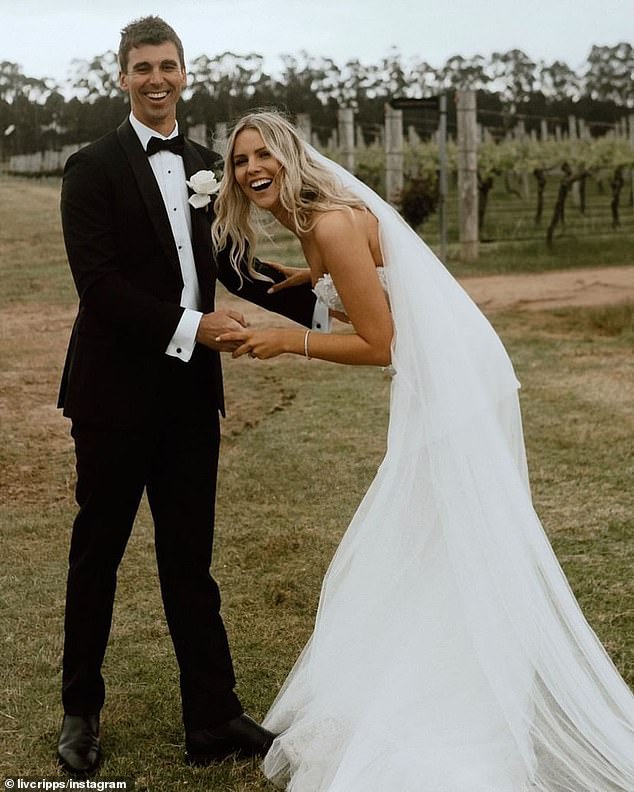 Monique Fontana is in a relationship with AFL star Patrick Cripps.

She recently opened up about her struggle with mental illness after revealing last year that she suffers from Obsessive Compulsive Disorder.

The vet technology student spoke about her battle and how her AFL star partner has helped out during her recovery as she attends regular therapy.

‘I’m happy to be open about it, I reckon there’s a lot who suffer with OCD traits, but you get too embarrassed and don’t get diagnosed,’ Fontana told The Daily Telegraph.

‘It’s nice to have a diagnosis. It can be really debilitating and exhausting. It’s good to get it managed and under control. I do dialectical behavioural therapy and that’s kind of been a life saver,’ she continued. 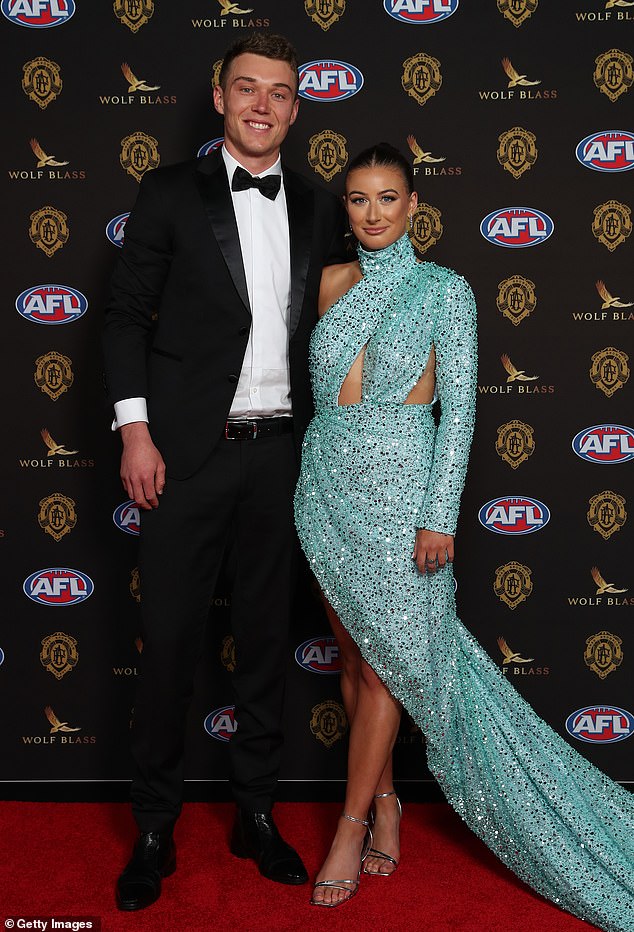 Candid: Monique Fontana is in a relationship with AFL star Patrick Cripps. She recently opened up about her struggle with mental illness after revealing last year she suffers from Obsessive Compulsive Disorder

Daniel Rioli began dating Paris earlier this year, according to The Herald Sun.

Before dating the Cry Baby hitmaker, he was in a relationship with Mia Fevola, the stepdaughter of retired AFL great Brendan Fevola.

Daniel and Mia announced their split in February 2020, after two years together.

Paris is certainly one to watch on the music scene with more than 750,000 followers on TikTok. She’s also managed by the same team as DJ Havana Brown. 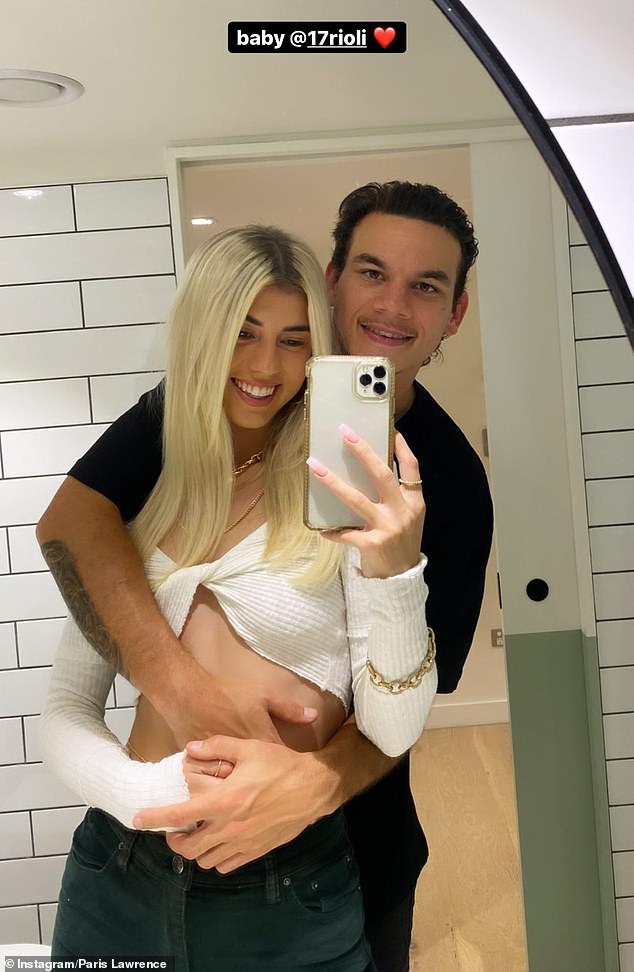