An Australian couple have told the extraordinary story of getting their surrogate daughter from Ukraine after the Russian invasion forced them to battle for months to get her home.

Chefs Jessica Van Nooten and Kevin Middleton, from Melbourne, rushed to meet their baby girl Alba when she was born on February 22, just two days after Russia invaded Ukraine.

Little Alba was born 10 weeks early in the southern Ukrainian city of Odesa and needed specialist care to survive.

After more than four months, and with help from numerous countries, the couple finally landed in Melbourne on Sunday with Alba.

The couple had suffered 15 failed rounds of IVF over a seven-year period and a miscarriage before they decided to get help from a surrogacy agency in Ukraine.

They booked flights to Ukraine, completely unaware that a war was about to unfold – until they were contacted Australia’s Department of Foreign Affair and Trade. 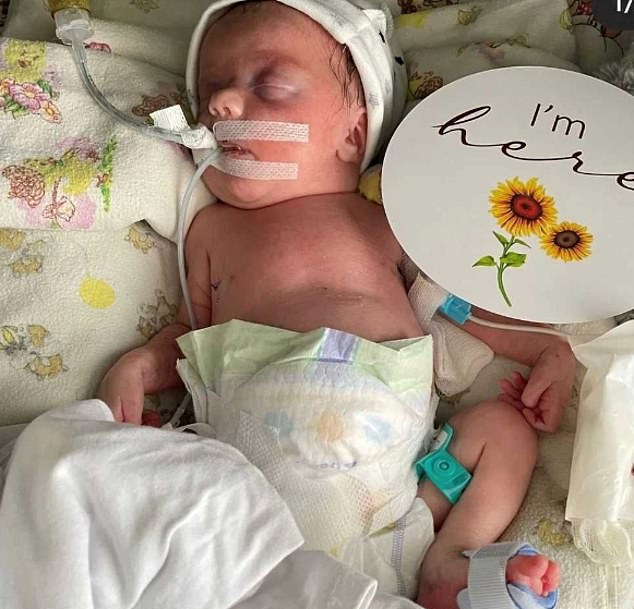 An Australian couple had to get their surrogate daughter Alba (pictured) home from Odesa, Ukraine amidst the Russian invasion 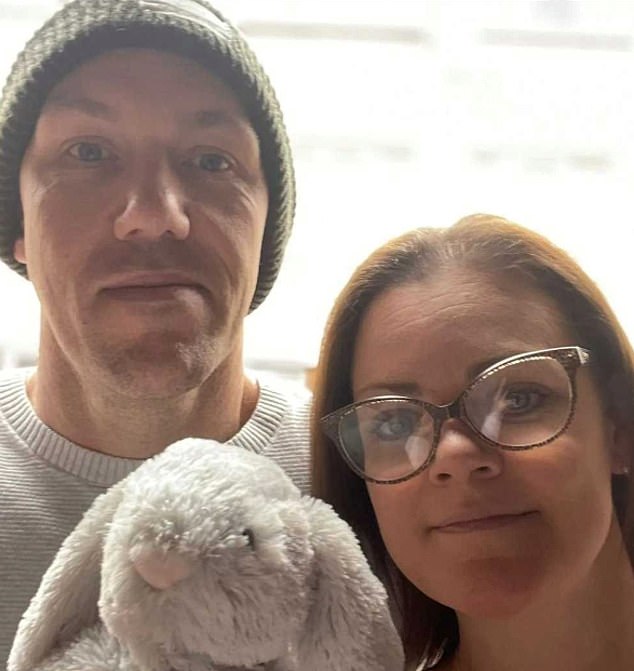 Jessica Van Nooten and Kevin Middleton (pictured), from Melbourne, had suffered 15 failed rounds of IVF over a seven-year period and a miscarriage before they decided to get help from a surrogacy agency in Ukraine

‘We didn’t really know about the Russian invasion until DFAT called us and said: “Where are you off to?” and we said: “Ukraine, we’ve got to pick up our baby”, and they were like “you’re not going anywhere”,’ Mr Middleton revealed to 7News.

The couple, who have been together for 20 years, jetted over to Dubai for a connecting flight to Ukraine.

But they discovered upon arriving at Dubai that their connecting flight had been cancelled.

They then booked a last minute trip to Poland and managed to travel to the country of Moldova, which is about a three-hour drive from where little Alba was in Odesa.

Jessica and Kevin managed to reach the Ukraine border by car and were met with icy weather and scores of refugees fleeing the country.

Some of the refugees warned the couple’s driver they were headed ‘the wrong way’ and needed to turn back immediately.

Despite that, the couple ignored the warnings, knowing they had to get to their daughter.

‘We didn’t know how safe we were… but we didn’t have a choice. She couldn’t come to us, so we had to go to her,’ Ms Van Nooten said. 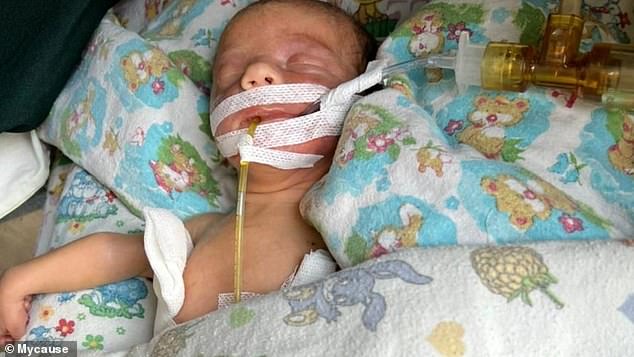 Alba (pictured) hooked up to machines in Odesa, southern Ukraine. A charity page was set up to raise money to bring her home to Australia safely 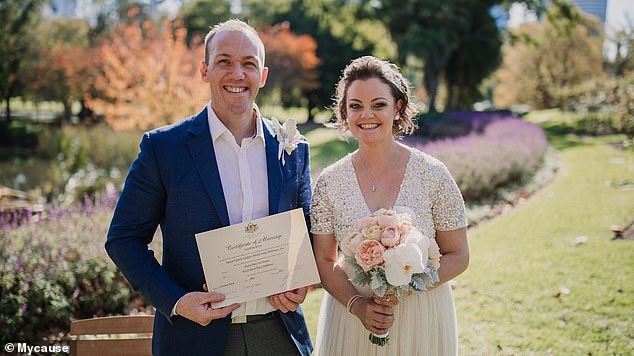 The couple was eventually united with Alba at the hospital in Odesa.

They were forced to wait there for three weeks before she could be safely moved from the hospital.

Heartwarming photos of the couple showed them caressing their child’s head, as she remained under care in Odesa Hospital’s neonatal intensive care unit.

Their next step was waiting until Alba was in a stable enough condition to leave Ukraine.

The day arrived when the couple and a fragile Alba left the hospital in an ambulance and were transported to Moldova.

Ms Van Nooten recalled that the doctors telling her: ‘You better go home and pray because your baby is going to die.’

Alba survived in Moldova, but doctors stressed that she needed urgent medical care once they left the country.

The couple flew from Moldova to London via a private jet after they received  generous public donations. 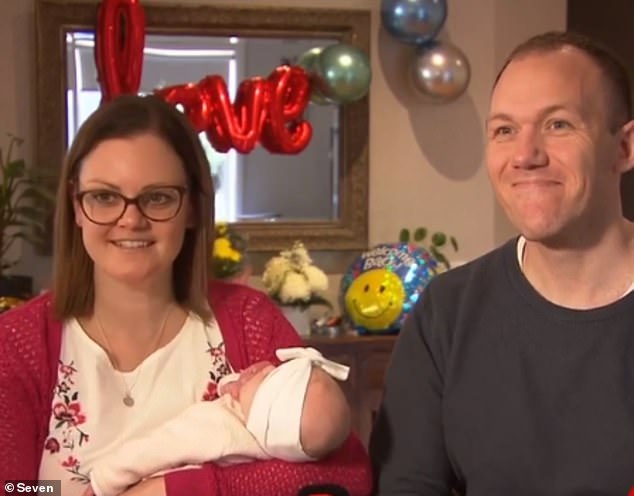 The couple are now safely back in Melbourne with their daughter Alba, beginning their new life as a family

A fundraiser was set up to help raise the money to bring the family back home safely with almost $80,000 was raised.

The trio eventually flew back to Melbourne and immediately took Alba to the Royal Children’s Hospital for care.

The family are now back home safely and beginning their life as a family in Australia.

Commercial surrogacy is illegal in Australia. In NSW, Queensland and the ACT, it’s illegal for parents to pay for an overseas surrogate.

Overseas surrogacy is legal in Victoria.