The camera – set up across four lanes on the Western Ring Road in Broadmeadows, north of the Melbourne CBD – was responsible for 30,000 fines between October and December 2021.

About 12,000 motorists were pinged in the third lane alone – collecting $4 million over the three months.

During that same time, speed limits were reduced from 100km/h to 80hm/h along the stretch of road due to roadwork between the M80 Western Ring Road. 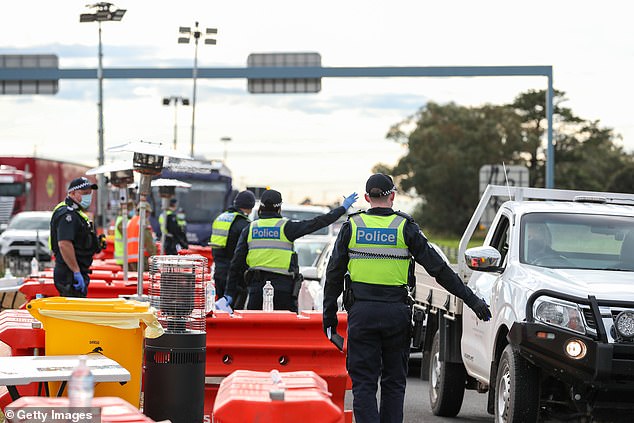 New speed cameras are responsible for millions of dollars worth of fines in Melbourne. Pictured: Police pulling drivers over in Victoria 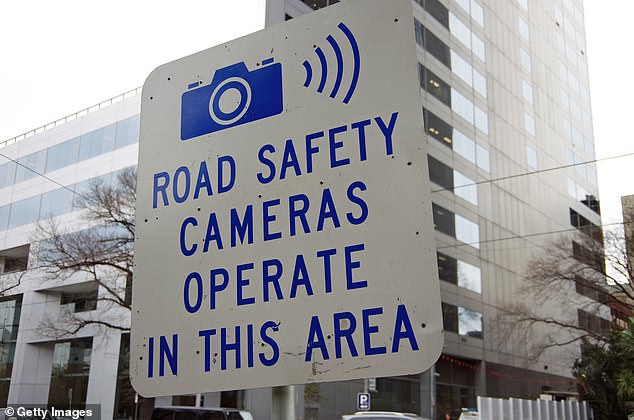 Transport boss has called for an enquiry into speed cameras and signs in some areas. pcitured: A speed camera sign in Melbourne

Data recorded between October and December, 2021

Victorian Transport Association president Peter Anderson has been swamped with with complaints from drivers who were fined where speeds were reduced due to roadworks, but where there was no visible construction.

‘If we are going to put up temporary cameras we need to understand where they are and what they are doing,’ he told the Herald Sun.

‘And we need to listen to the public if the cameras are treating us unfairly.’

‘We want someone to have an independent look at how these cameras are being set up – who is setting them up? It is a private enterprise? Are all these cameras set up properly?’ he said.

New figures also show a camera at the intersection of Rosanna Road and Darebin Street in Heidelberg, in Melbourne’s north-east, collected $2,879,699 across 10,000 fines.

At the intersection of Fitzroy Street and Lakeside Drive in St Kilda, 6,681 drivers were issues with speeding fines, forcing Victorians to cough up $1,895,061.

In the CBD, a camera positioned on the intersection of King Street and La Trobe Street in West Melbourne was responsible for 5,556 fines – worth $1,556,893.

In total, 376,316 Victorians were fined over the past three months – costing them more than $100 million. 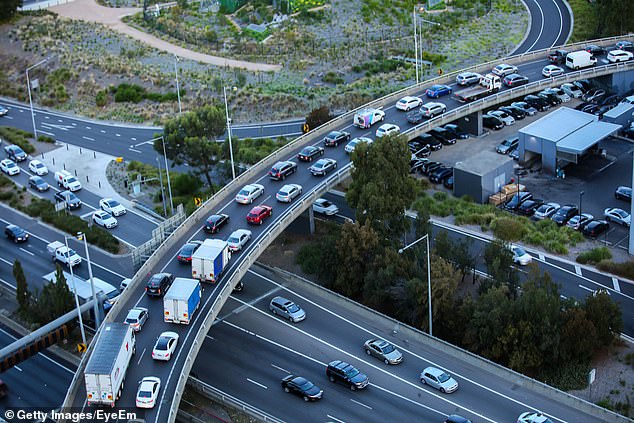 One camera is set up across four lanes on the Western Ring Rd in Broadmeadows (pictured), north of the city’s CBD, and was responsible for 30,000 fines

However, Covid restrictions enforced during those periods in 2021 meant there were fewer motorists using the roads.

The Department of Justice and Community Safety said speed limits were enforced to keep drivers and road workers safe, and urged motorists to pay attention to road signs.

He added it was ‘disappointing’ to see so many Victorians disregarding road rules.

Elvira Lazar, from the the Royal Automobile Club of Victoria, defended the use of mobile speed cameras and said they were a proven method to deter speeding.