Mia Fevola has flaunted her sensational figure in a skimpy bikini.

The 22-year-old took to Instagram on New Year’s Day to share a photo of herself laying poolside with her 151,000 followers.

In the image, the brunette bombshell is seen wearing a maroon bikini top and a pair of leopard print bottoms. 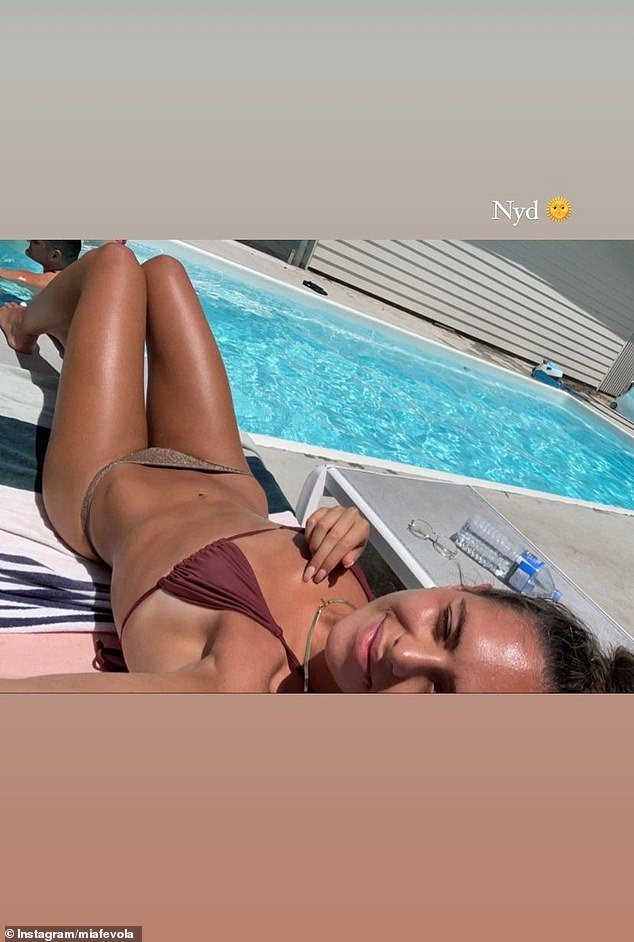 The Melbourne model then shared mirror selfie, with her flat stomach on full display.

Mia, who is the stepdaughter of AFL great Brendan Fevola, recently returned to Instagram.

The rising star left the social media platform after she was trolled in October. 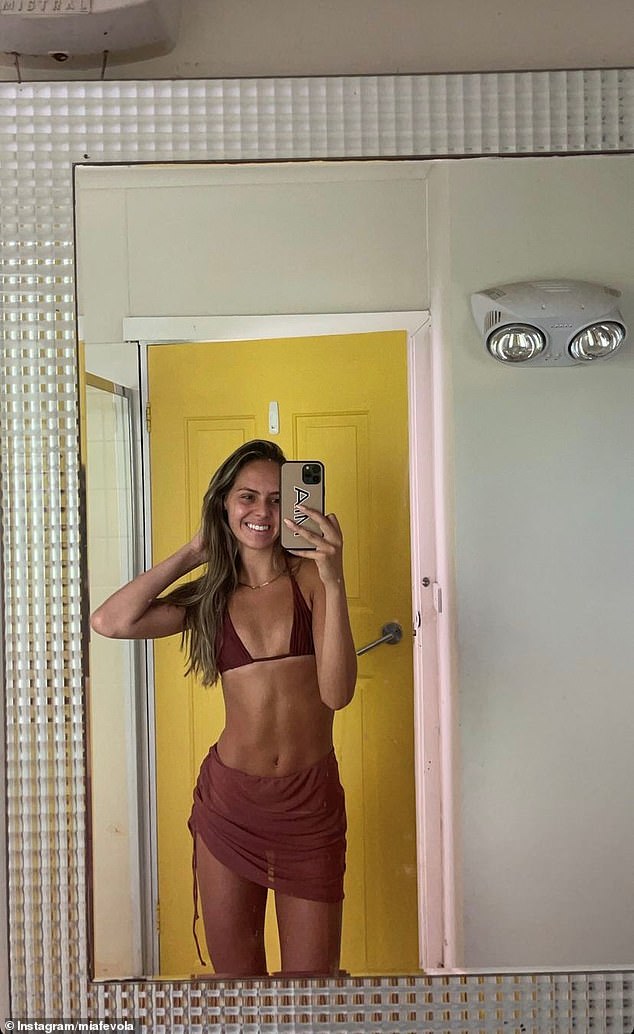 Tanned and toned: Mia later opted to put a sarong on 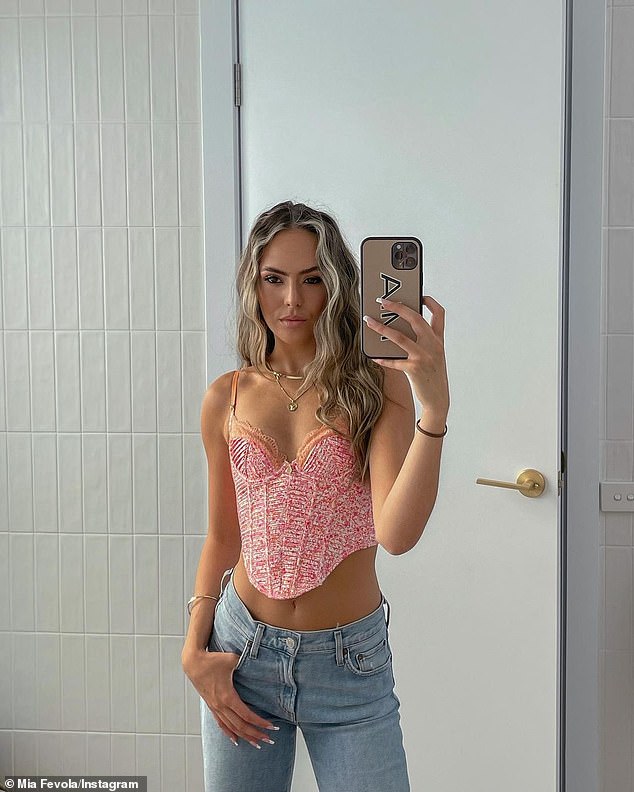 Looking good: The model returned to Instagram with a series of sultry mirror selfies (pictured)

At the time, Mia was subjected to misogynistic abuse online with trolls betting on which footballer she would date next, following her split from Jamarra Ugle-Haga, 19.

However, avid fans of the star flocked to the comments section, calling out the ‘disgusting’ bullying.

Mia announced her split from Jamarra on Instagram in September, and also deleted all pictures of the footy star from her account. 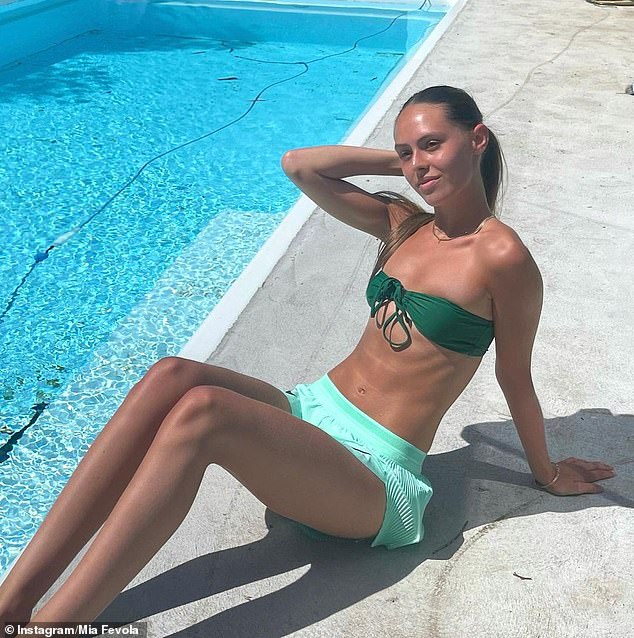 Support: Avid fans of the star flocked to the comments section, calling out the ‘disgusting’ bullying

‘Thank you to everyone for all the photos and messages,’ she wrote on social media at the time.

‘Jamarra and I have now gone our separate ways. I appreciate your messages and thank you for respecting my privacy,’ she added.

Mia had debuted her relationship with the skilled key forward in March, but it’s believed they’d been dating for about six months before that. 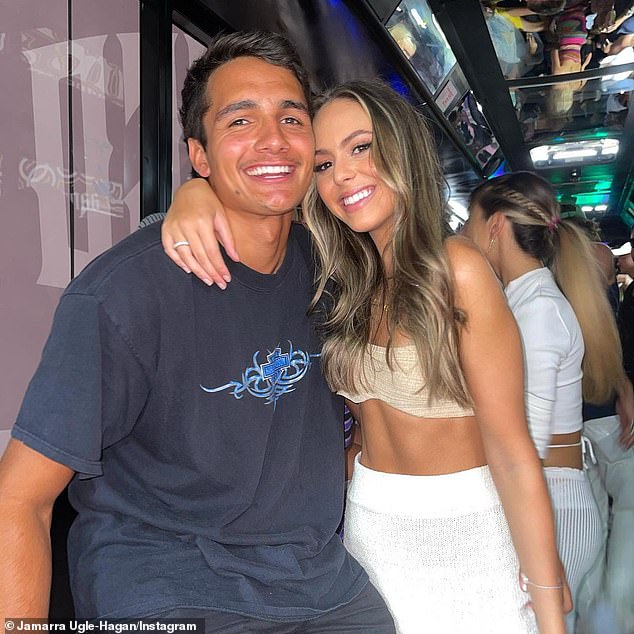 Over: Mia announced her split from Jamarra on Instagram in September