By Mail on Sunday Reporters

Militant rail union barons led a loud chorus of boos at the mention of Sir Keir Starmer during the Durham Miners Gala yesterday.

The Labour leader had stayed away from the annual Left-wing gathering, citing a prior family engagement.

And it was perhaps just as well as firebrand RMT leader Mick Lynch told the crowd: ‘If the politicians of any stripe want to get in our way, we’ll roll them out of the way and give them our own politics.

‘So instead of Keir Starmer and the front bench… you need to find your voice and it’s got to be the voice of the working people in struggle.’ 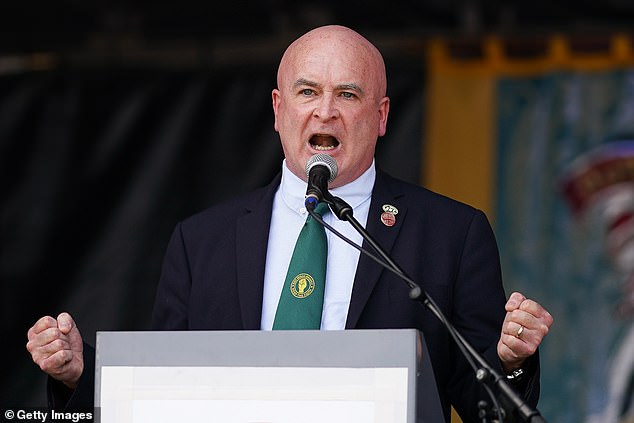 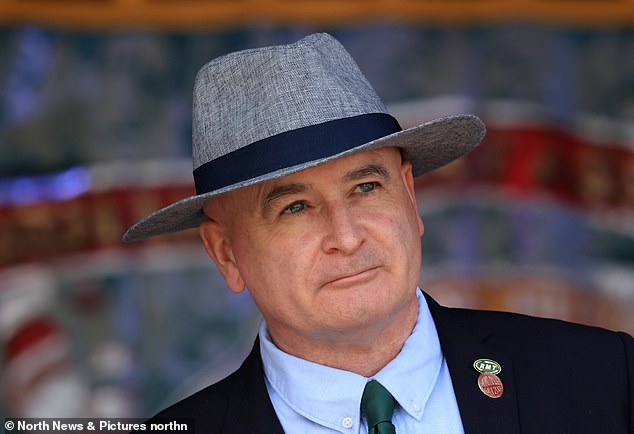 Mr Lynch, pictured, said: ‘I predict a whole summer of campaigns even going into winter until we get more equality in our economy’

The mention of Sir Keir’s name prompted loud jeers. By contrast, his predecessor Jeremy Corbyn was mobbed by supporters who chanted his name. The 73-year-old then stood on stage and uttered the single word ‘solidarity’ before retaking his seat.

Mr Lynch, whose union’s strikes crippled Britain’s rail services last month, warned: ‘I predict a whole summer of campaigns even going into winter until we get more equality in our economy.’