Astonishing footage shows how brave drivers rescued a wild brown bear cub who had a petrol can stuck over its head.

The cub was spotted from the road in remote Siberia which is a region in Russia.

Passing drivers stopped to help the baby bear and risked their own lives by facing the potential danger posed by the fearsome animal. 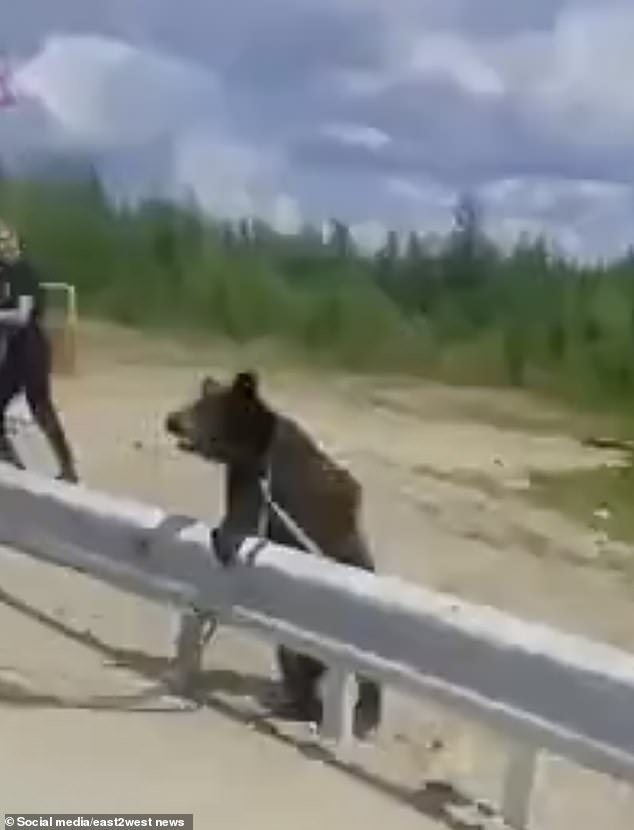 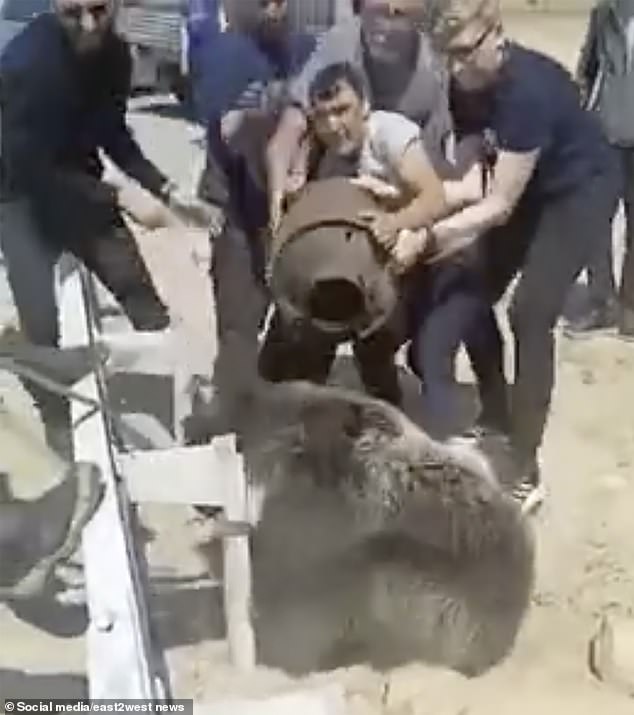 Heroic drivers save angry brown bear with metal fuel can stuck on its head in Neryungrinsky district, Yakutia

The hungry bear had already been spotted rummaging for food near Berkakit, in the Neryгngrinsky district of Yakutia, 4,675 miles east of Moscow, according to reports.

During one energetic feast the young beast got its head trapped inside a petrol can and could not manage to shake it off.

Drivers tried but failed to catch the confused creature long enough to get the can off its head.

They were successful when they managed to lasso the lost bear with a tow rope.

The animal, thought to be around a year old reared up on its hind legs which made it appear bigger and more intimidating.

The bear cubs razor sharp teeth were trapped inside the metal can, but his claws still posed a serious danger to his rescuers.

They chose to corner him by a roadside crash barrier so they could get to him easier. 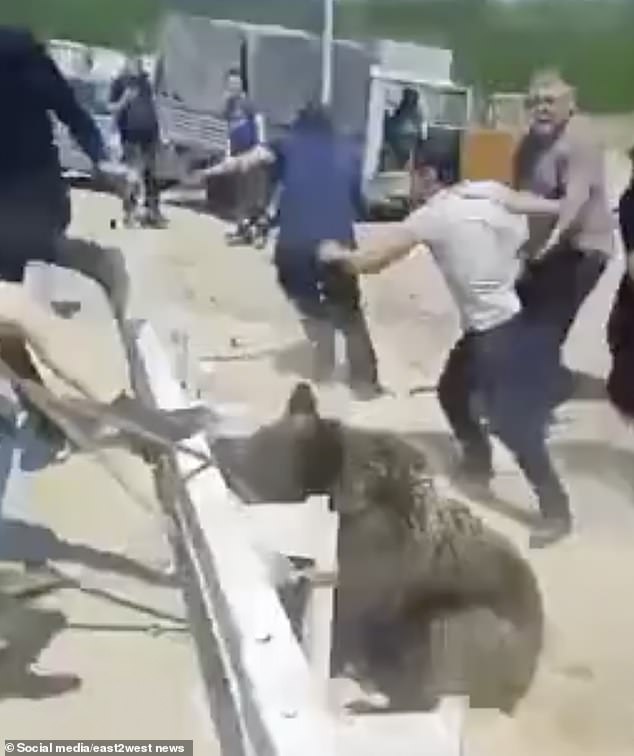 Eventually the group of men caught the bear long enough to yank the can from its head, freeing the bear cub.

The brave and heroic drivers quickly escaped as they feared the newly free bear would chase or attack them once it adjusted to the light.

The footage finishes as the good samaritans run for their lives as it is believed all who were involved wisely escaped back to the safety of their vehicles.