Multiple casualties have been reported after an Amtrak train carrying 243 people derailed when it struck a dump truck at a public crossing near to Kansas City in Missouri.

The Southwest Chief Train 4, which was traveling from Los Angeles to Chicago, collided with the truck and came off the tracks at Mendon in Missouri around 1:42 p.m. Monday afternoon, Amtrak confirmed to DailyMail.com.

There were ‘early reports of injuries,’ Amtrak said in a statement, adding that there were 243 passengers onboard at the time of the crash.

Shocking photos taken in the immediate aftermath show a female passenger being helped out of a broken window, while others were seen atop overturned cars.

Local emergency personnel have responded to the scene. 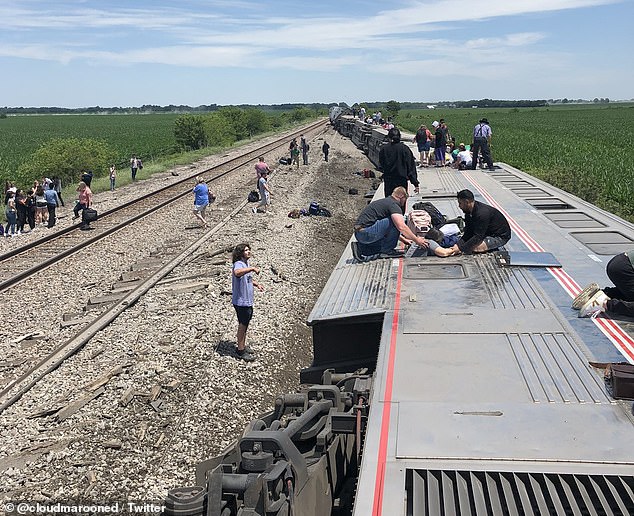 Shocking photos taken in the immediate aftermath show a female passenger being helped out of a broken window, while others were seen atop overturned cars. 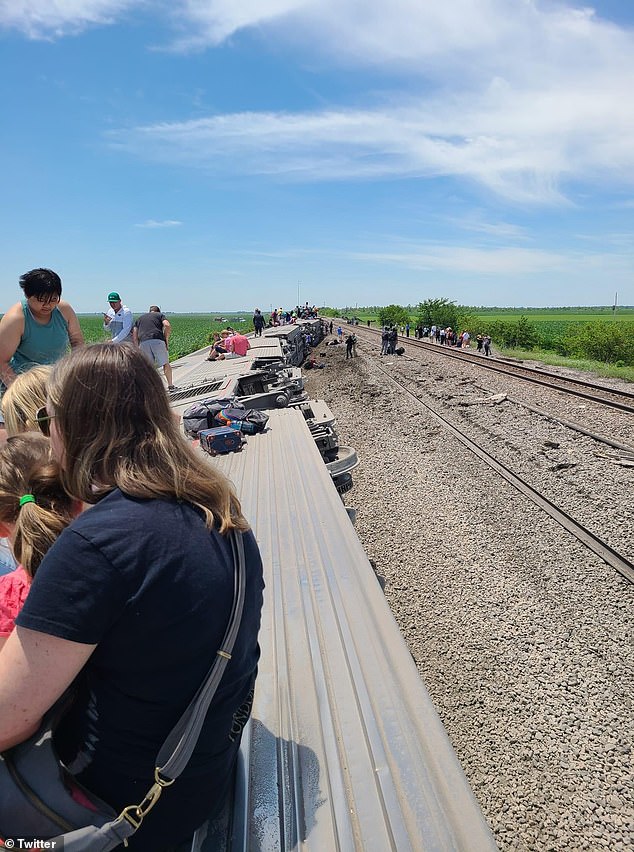 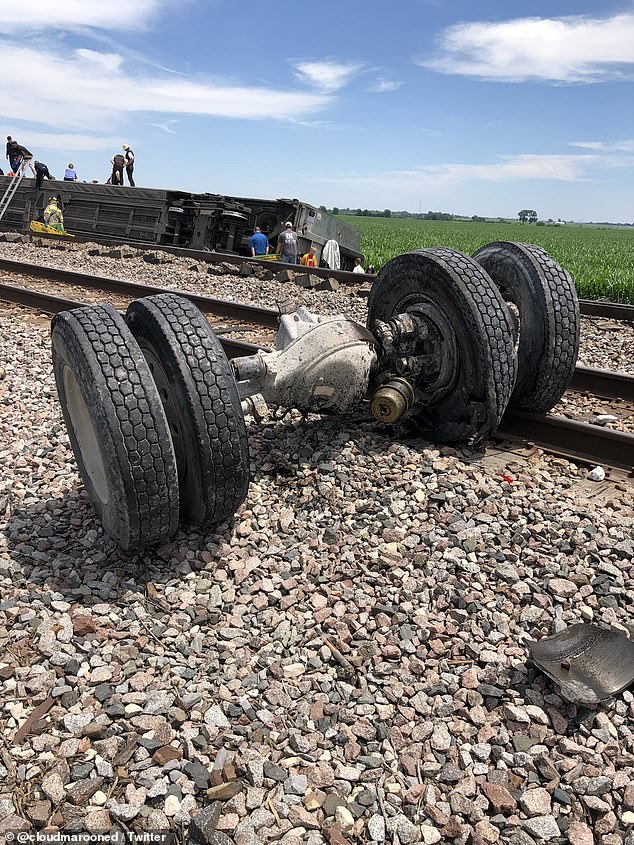 Journalist Nylah Burton, who was on a separate Amtrak train set to depart Albuquerque, says she was informed of the possible deaths and injuries by a staff member who came into her car to announce a delay caused by the incident.

She tweeted: ‘An @Amtrak train just derailed in Kansas City (there are likely fatalities but they don’t know all the details) so I’m stuck in Albuquerque tonight because the train can’t go any further.’

Amtrak confirmed to DailyMail.com that multiple injuries were reported, but no additional details were released.

Amtrak tweeted that the Southwest Chief Train 3, which was scheduled to depart Chicago, has been canceled. Amtrak asks passengers to contact 1-800-USA-RAIL for further assistance. 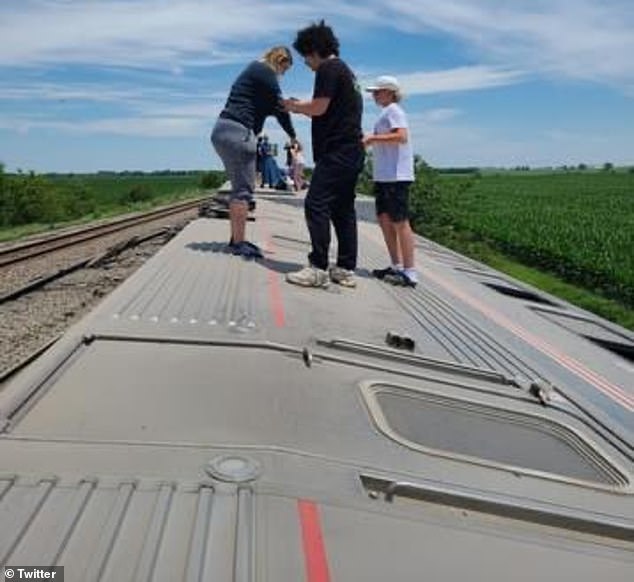 Breaking story, check back for updates