Netflix has taken off an LGBTQ tag for its miniseries Dahmer: Monster – The Jeffrey Dahmer Story amid flak for the classification.

One user wrote, ‘Hey hi @netflix I IMPLORE you please reconsider having Dahmer with the LGBTQ tag, especially as one of its tags right when you open the app.’ 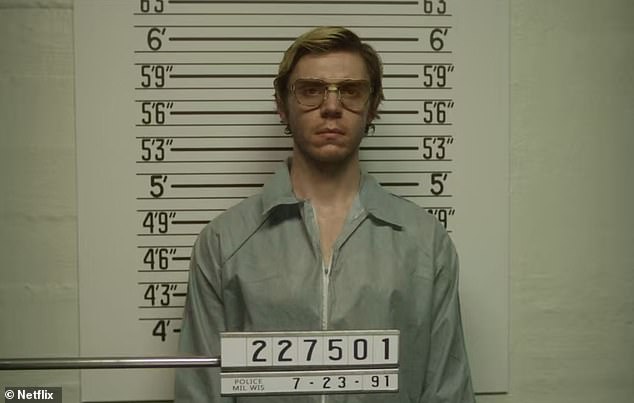 The latest: Netflix has taken off an LGBTQ tag for its miniseries Dahmer: Monster – The Jeffrey Dahmer Story amid flak for the classification. Evan Peters is seen in the titular role in the series

Another said, ‘netflix added the Jeffrey Dahmer series to the LGBTQ+ tag. I am gobsmacked.’

One user noted, ‘If I need to stay in my lane absolutely tell me but anyone else think it’s pretty gross of @netflix to list Dahmer under #LGBTQ, especially when the True Crime tag would have worked?’

Another use pointed out the misleading nature of the tag for viewers, saying, ‘Slapping the LGBTQ tag on Dahmer like “Looking for LGBTQ content?? Well boy do we have the show for you! Where every episode another LGBTQ person gets massacred & eaten! It’s like saying Schindler’s List is a family flick for Jewish people.’

The true crime series has also been at the center of criticism over the continued commercial success of the true crime genre, and the traumatic impact it might have on survivors. 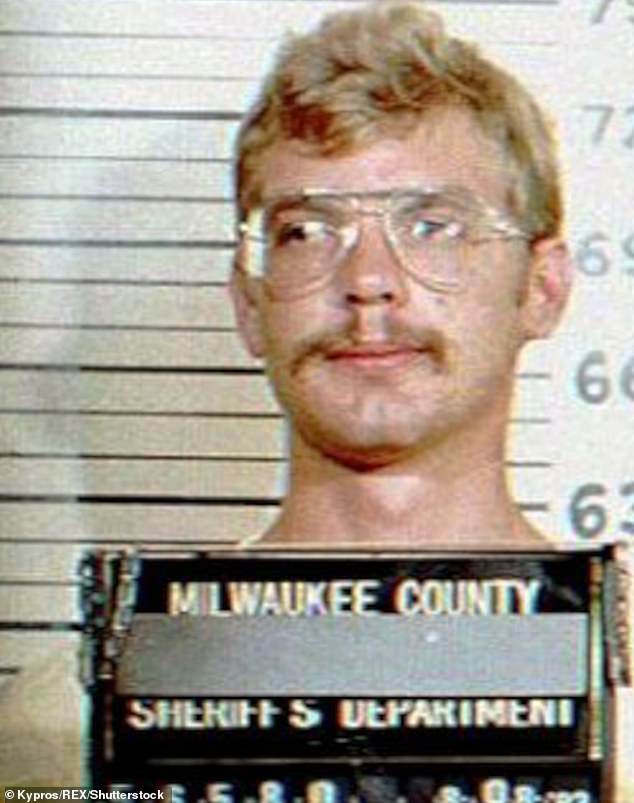 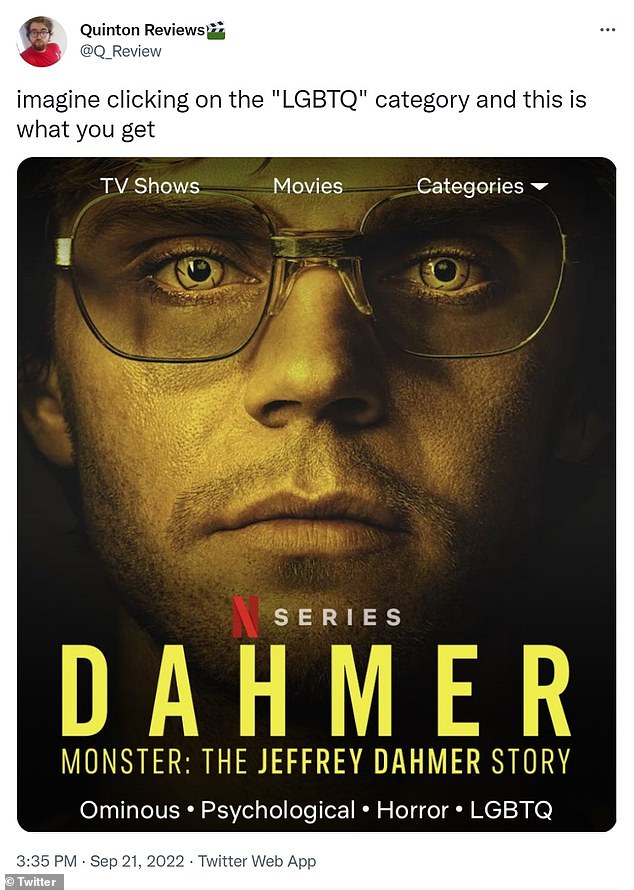 Netflix subsequently removed the LGBTQ tag from the miniseries

The sister of Dahmer victim Errol Lindsey, Rita Isbell, speaking with Insider Sunday, said that Netflix never reached out to her about the series, calling it harsh and careless.

‘I feel like Netflix should’ve asked if we mind or how we felt about making it,’ she said. ‘They didn’t ask me anything. They just did it. But I’m not money hungry, and that’s what this show is about, Netflix trying to get paid.’

The ten-part series retells the story of Dahmer from the perspective of his victims, and explores major mistakes Wisconsin police made in handling the probe of the notorious mass murderer, who made national headlines for acts of cannibalism and necrophilia.

The show features at least 10 incidents in which authorities nearly took Dahmer into custody, but didn’t, extending the twisted crime spree.

The success of the series has not come without its share of criticism, as many people took to Twitter expressing disgust over the continued commercial success of the true crime genre, and the traumatic impact it might have on survivors 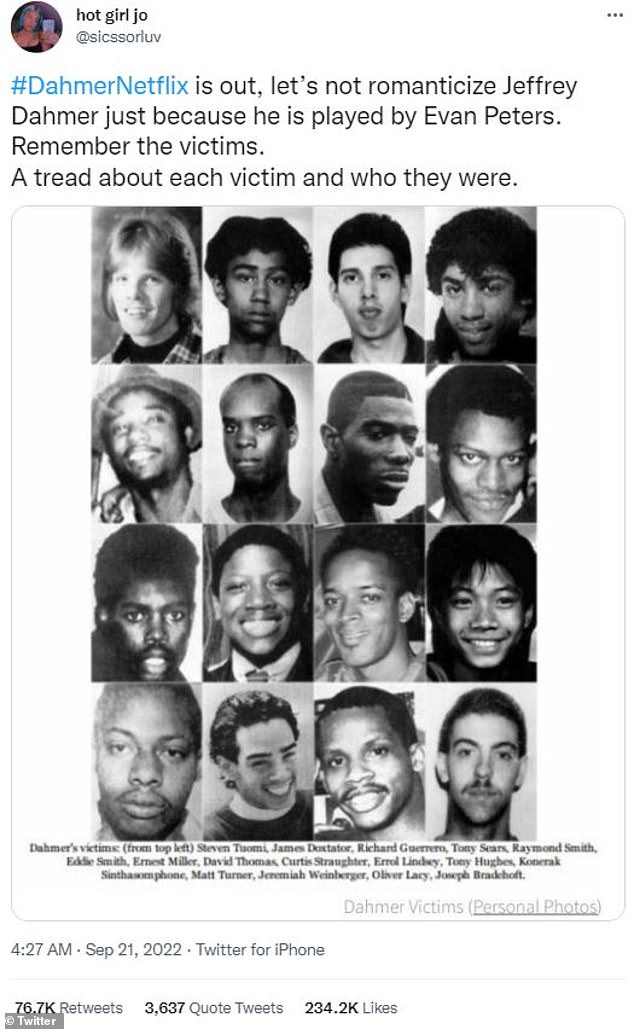 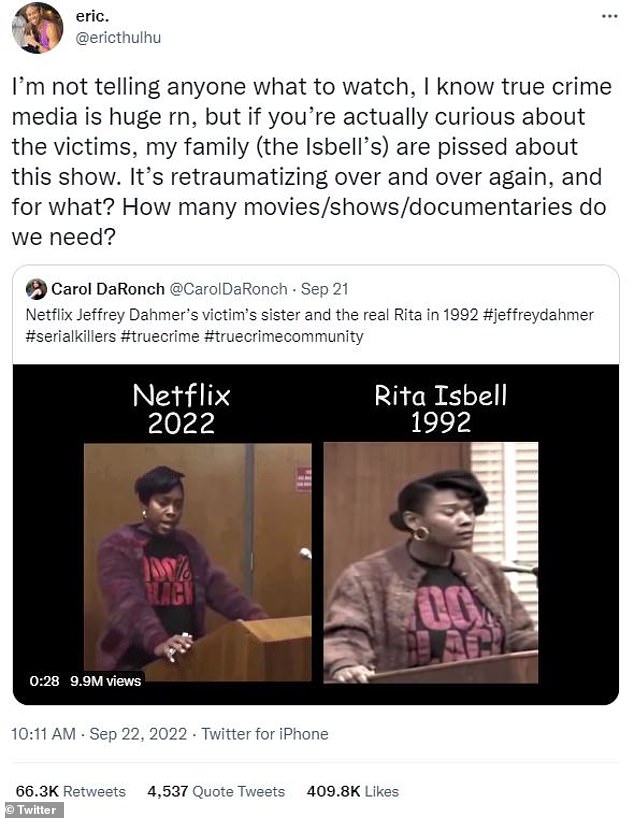 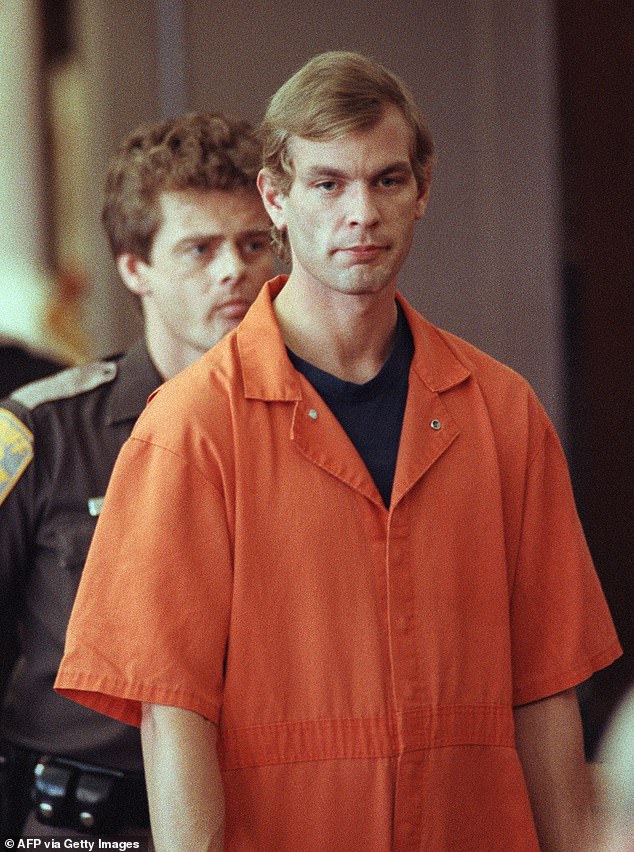 Crime: Dahmer in 1992 was convicted of 16 murders he’d been charged with, and sentenced to 16 life sentences in prison. He was beaten to death by another inmate in November of 1994 at the Columbia Correctional Institution in Portage, Wisconsin

The infamous Milwaukee serial killer who murdered 17 people between 1978 and 1991. Dahmer in 1992 was convicted of 16 murders he’d been charged with, and sentenced to 16 life sentences in prison.

He was bludgeoned to death with a metal bar in November of 1994 by Christopher Scarver, another inmate at the Columbia Correctional Institution in Portage, Wisconsin.

The gruesome story of Dahmer has past been chronicled in the 2002 movie Dahmer, in which Jeremy Renner played the titular role; as well as 2017’s My Friend Dahmer, in which Ross Lynch played a teen version of the nascent serial killer.

Murphy has past created 1990s true crime sagas with American Crime Story projects including 2018’s The Assassination of Gianni Versace and 2016’s The People Vs. OJ Simpson.