A New Mexico mom, acting on instinct, was caught on camera clinging to the hood of her Hyundai Santa Fe to try to stop a carjacker who had taken off with her 11-month-old son and six-year-old autistic daughter.

Surveillance video shows Melody Maldonado, a 33-year-old librarian from Hobbs, New Mexico, clinging to the front of the car as it speeds down East Navajo Drive at about 8.30pm on Independence Day.

The fiercely protective Maldonado told DailyMail.com in an exclusive interview that she felt no fear as she clung to the speeding car, yelling for the accused thief, Regina Castillo, 29, to stop.

‘She definitely heard me. I yelled for her to stop and that my kids were in the car,’ she said.

‘She kept driving. We went a good distance, through an intersection, past the Allsup’s. She was swerving so that I would fall off.’

Maldonado was eventually thrown from the hood of the car, and broke her foot. However, despite her injury she still sprinted to a nearby convenience store where she called for help.

‘I didn’t care what happened to the car. I just wanted my kids back.’ 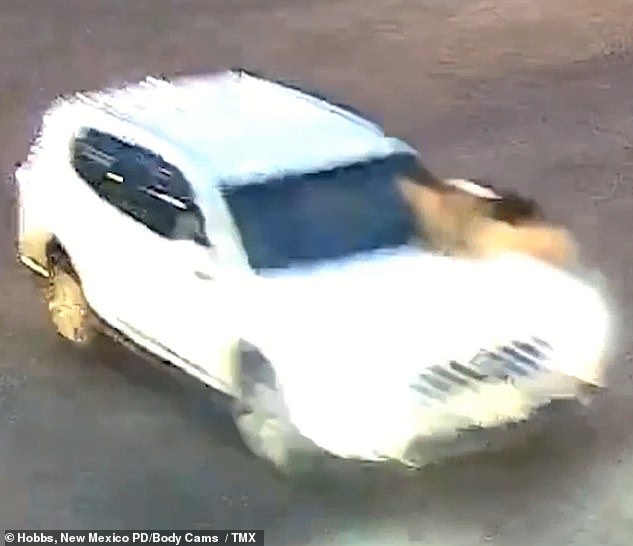 Surveillance video shows Melody Maldonado, a 33-year-old librarian from Hobbs, New Mexico , clinging to the front of the car as it speeds down East Navajo Drive at about 8.30pm on Independence Day 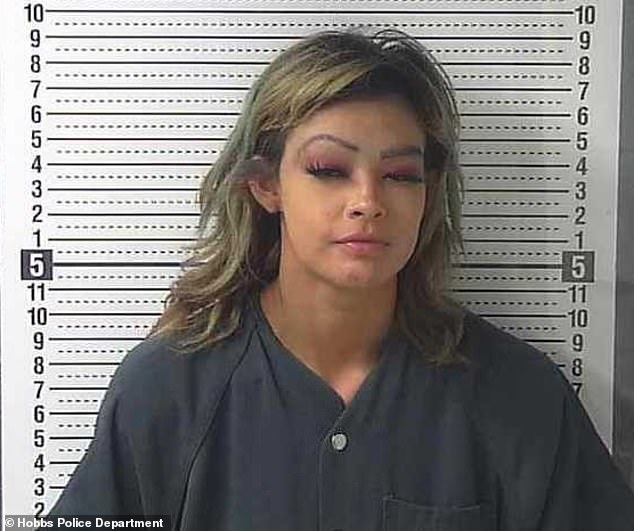 Regina Castillo, 29, was charged with stealing a car with two children in car 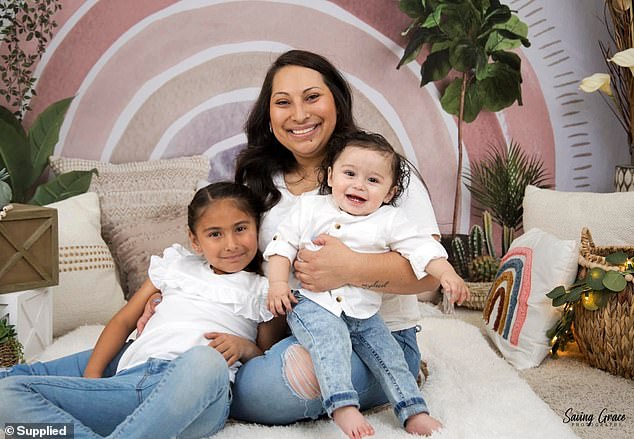 Protective mother, Melody Maldonado, 33, a librarian, risked her own life to save, Ma’Rey, 6, left, and 11-month-old Mikah, right

Hobbs Police bodycam footage shows Maldonado shortly after the 911 call telling police which way the car was heading and strategizing about how to get her kids back.

‘If I can find my phone. My phone is in the car. I can find out where the car’s at,’ she says in the recording.

Meanwhile, Castillo, sped around the dusty streets of the New Mexico town that borders Texas, eventually dumping six-year-old  Ma’Rey, who has autism, out on a random street. She was found by people living nearby and kept safe.

‘She left my daughter on the street because my daughter had a phone and she thought that they were tracking her with the phone,’ she said.

As cops tracked Castillo down, she dumped the SUV at an intersection, leaving 11-month-old Mikah inside, and tried to fleel on foot.

Bodycam footage from the Hobbs Police Department shows her being pursued through a backyard until several officers tackled her, and placed in handcuffs.

‘I hope it never happens to anyone else,’ Maldonado said. 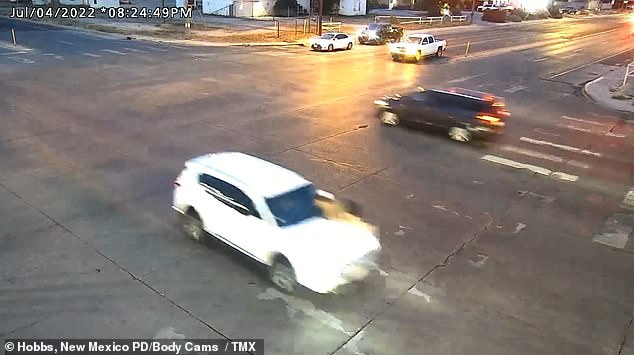 Maldonado, pictured here on the hood of her speeding Hyundai Santa Fe, said she suffered a broken foot when she was thrown from the vehicle 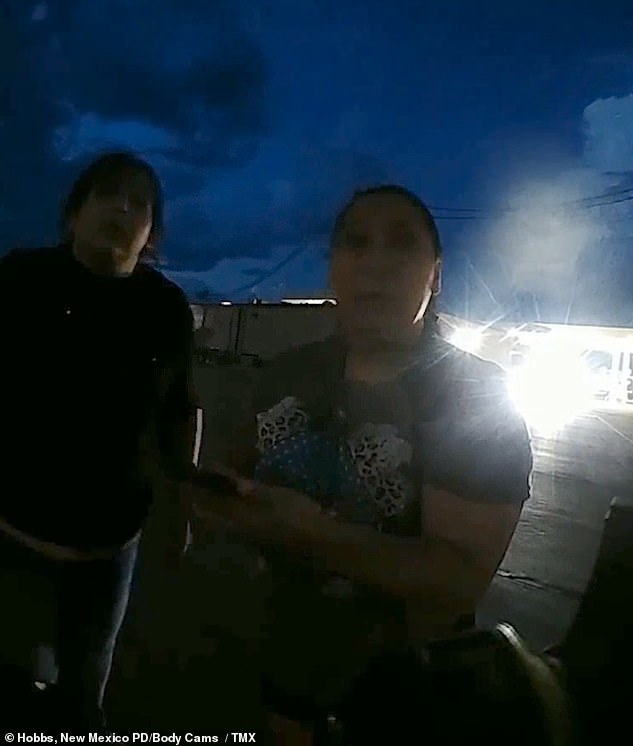 Melody Maldonado, 33, caught her in Hobbs police bodycam footage, frantically instructs police how to get her children back 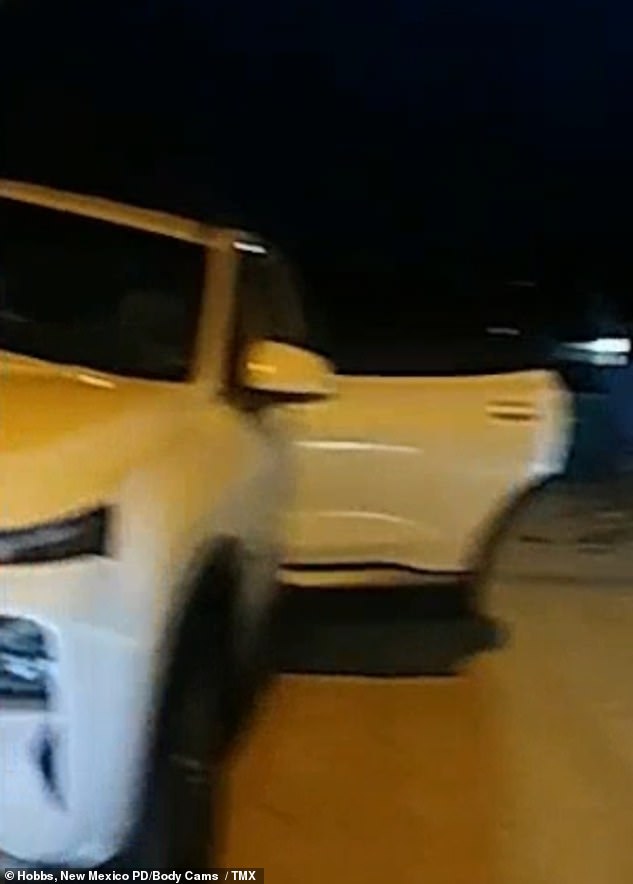 Regina Castillo, 29, who had three outstanding warrants, left the car with the 11-month-old inside 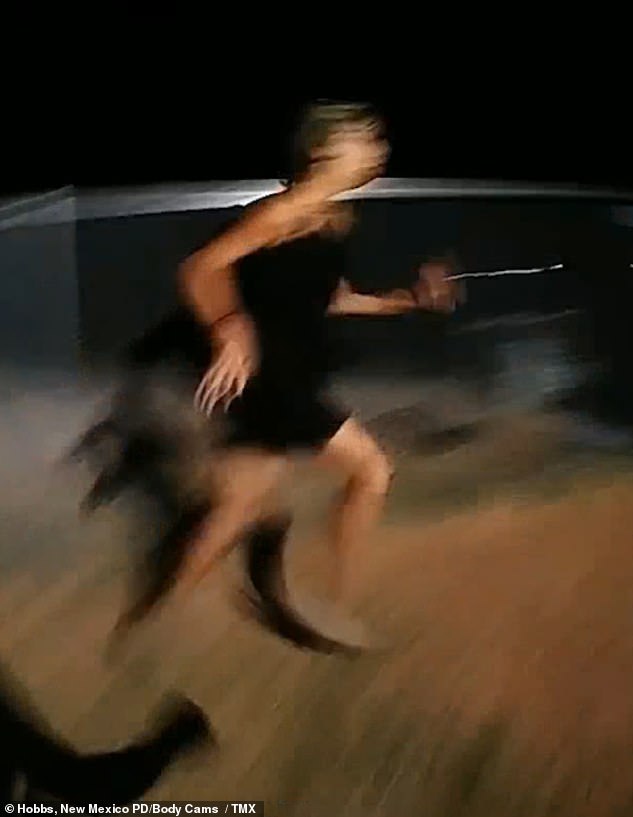 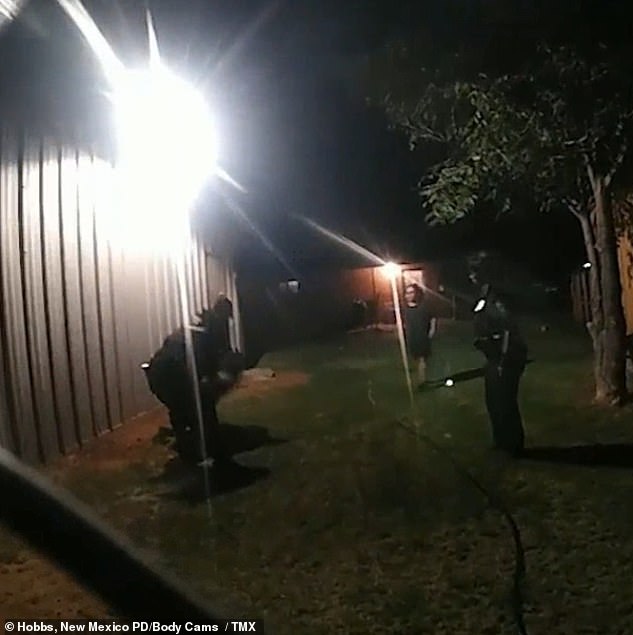 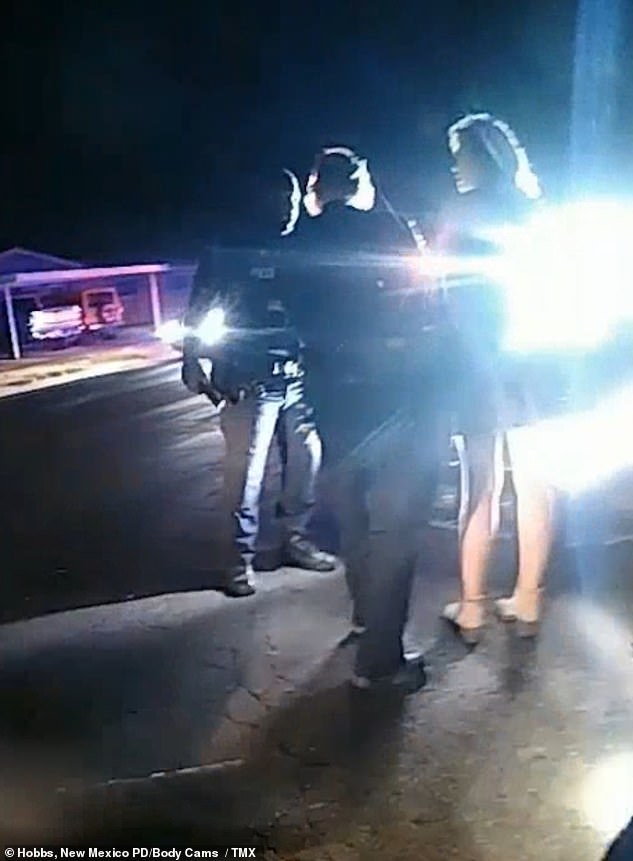 Maldonado told DailyMail.com that the whole ordeal lasted about 20 to 30 minutes.

The drama began when Maldonado stopped into the Stripes Convenience store to buy a baby bottle for little Mikah, leaving the kids in the car for a moment.

When she couldn’t find what she was looking for, she headed back to the car, but she said Castillo met her at the exit and walked with her to the car.

As soon as the mother of two unlocked the driver’s side door, she said Castillo pushed her aside with the keys and jumped into the Hyundai.

Maldonado jumped up on the hood of the car as Castillo threw it into reverse, speeding backward and nearly hitting the gas pumps at the gas station.

‘I was banging on the window the whole time, telling her to stop,’ Maldonado said.

She said that Ma’Rey was a little shaken up after being left on the street, but some good Samaritans took care of her and called the police.

It was only after she saw her mother being loaded into an ambulance did she become alarmed.

‘She was a little shook up,’ Maldonado said. ‘My son is too young to speak.’

Maldonado was treated for her broken left foot and ‘a lot of road rash.’

It’s still unclear why Castillo stole the car. At the time of her arrest, she had three active warrants for failure to appear in court on charges of concealing her identity, shoplifting and traffic violations.

She’s expected back in court in this case on July 18.