Mallam Nasir El-Rufai was scheduled to address lawyers at the conference but his invitation has been officially withdrawn after the professional body received gross condemnation from the public over his invitation.

Many believed that the seemingly controversial Governor has no moral right to address the assembly owing to his antecedents as well his handling of the Southern Kaduna crisis.

The Nigeria Bar Association, via its twitter, confirmed the withdrawal of El Rufai’s invitation.

“The National Executive Committee of the Nigerian Bar Association at its ongoing meeting resolves that the invitation to the Kaduna State Governor, H.E. Nasir El-Rufai by the 2020 Annual General Conference Planning committee be withdrawn and a decision communicated to the Governor.”

The National Executive Committee of the Nigerian Bar Association at its ongoing meeting resolves that the invitation to the Kaduna State Governor, H.E. Nasir El-Rufai by the 2020 Annual General Conference Planning committee be withdrawn and decision communicated to the Governor.

As expected, this latest development has generated a handful of reactions 👇

This is great news. Now the steps leading to the initial invitation should be reviewed!

So if people didn't cry out and sign petitions Nigerian bar association with all the brains organizing the event won't have thought about excluding such a person from the conference!!
Shame!
We expected better but it's a good thing you've removed him

It was indeed a great error, what would El-Rufai, whose family and himself violate human rights anyhow, talk irresponsibly online and offline, have been saying at the conference? It's fine that this great mistake has been corrected. Kudos to the NEC of the MBA.

Power still belongs to the people. One of the most effective forms of protest remain written protests. It took the collective "voices on ink" from the masses of legal practitioners for this resolution to come to fruition. The pen is indeed mightier than the sword.
🖋🖋>>>>>>⚔⚔

Thanks guys, y'all did it!!! Applaudise 💪💪💪 A fish shouldn't teach a monkey how to climb a tree.

"The most common way people give up their power is by thinking they don't have any. " – Alice Walker #OhaNweEze Power belongs to the PEOPLE!

Great news that made my day… I expect strong conference communique that will upturn such laws as imposition of N5m fine on media houses.

It is my humble opinion that .@elrufai is bigger than NBA of today. I see .@elrufai as a tenant in Aso rock villa from 2023 where he will retire in 2039 as Pres. of this country
In the future, NBA will seek .@elrufai presence in their conference but he will be too busy to attend 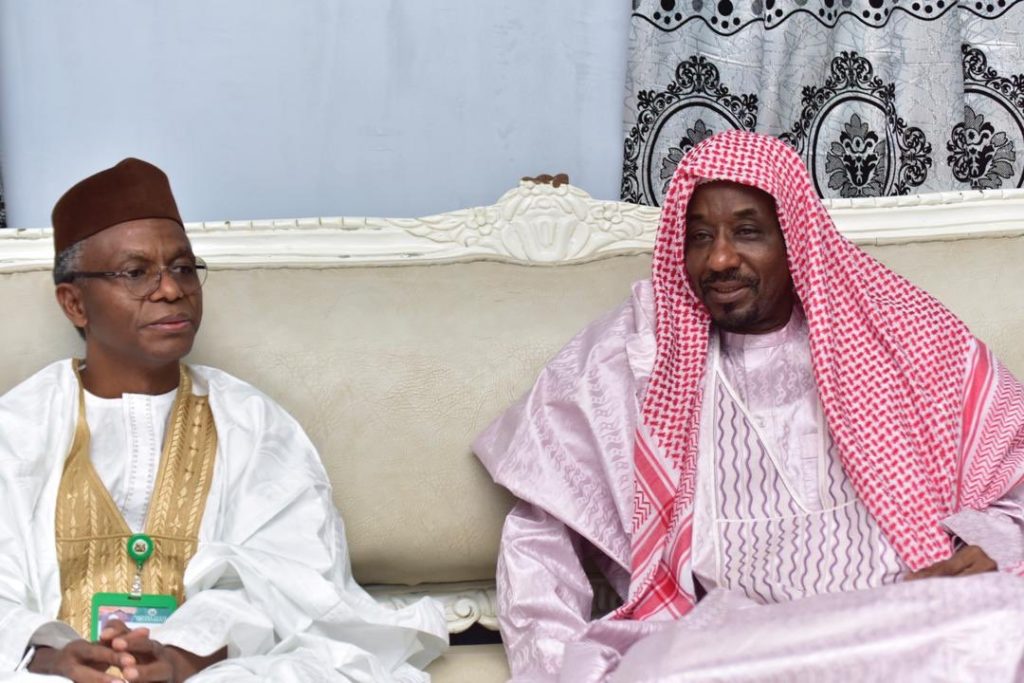 Governor of Kaduna state: Mallam Nasir El-Rufai was in a state of Awe as he met with the deposed Emir of Kano; Lamido Mohammadu Sanusi…