Men of the Nigerian Customs Service stationed yesterday, 13th of December, intercepted a truck loaded coaches of weapons which were concealed in bags of rice.

Reports have it that the arms smugglers were coming from neighbouring Niger Republic before they were apprehended at Zamare/Yauri Axis of Kebbi State.

The items recovered include 73 locally made guns and 891 cartridges which were all hidden inside bags of rice. 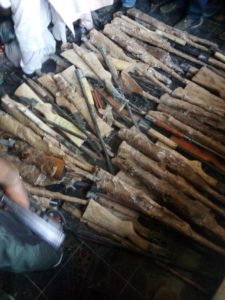 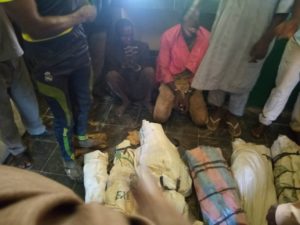 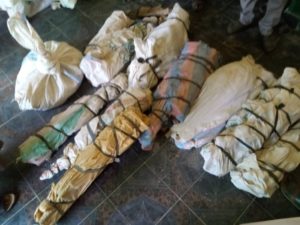 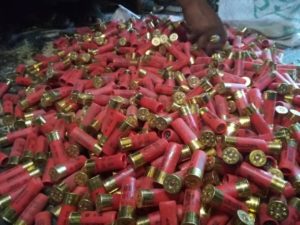 The Nigerian Customs Service via its verified Twitter page also confirmed the incident in a series of tweets which reads;

Customs Seized Arms and Ammunitions
Officers of Nigeria Customs Service Federal operation unit zone B, on information patrol along Yauri, Zamare water side in Kebbi State, intercepted a truck loaded with locally produced rice with some sacks concealed under the rice.

Upon careful examination the bags were found to contain 73 locally manufactured guns and 891 cartridges.
Three (3) were immediately arrested and are being detained while preliminary investigation is ongoing.
Controller of FOU, Zone B,