There is news about Nigerian singer and songwriter Olorunyomi Oloruntimilehin known as Bad Boy Timz. 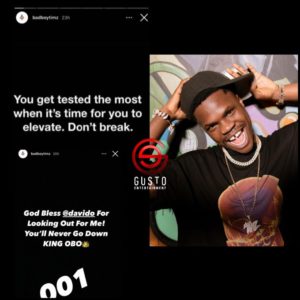 He has suited his former label 200 million naira for defamation of character.