Who is in the ‘anti-growth coalition’ called out by Liz Truss? No10 refuses to say if PM was also targeting Jamie Oliver and independent think tanks in attack on those who ‘hold us back’

Number 10 has not ruled out celebrity chef Jamie Oliver or independent think tanks being part of an ‘anti-growth coalition’ criticised by Liz Truss during her Tory conference speech.

The Prime Minister this morning used her keynote address at the Birmingham conference to attack those who ‘hold us back’.

She called out Labour, the Liberal Democrats, the SNP, trade unions, ‘vested interests dressed up as think-tanks’ and environmental campaigners during her 40-minute speech to Tory members.

The PM vowed to not let ‘the anti-growth coalition to hold us back’ as she pushes ahead with her agenda to boost the UK’s sluggish economy.

Ms Truss also insisted she would not use her premiership to tell the British public ‘what to do, or what to think, or how to live your life’.

She said this included ‘how many two-for-one offers you buy at the supermarket’. 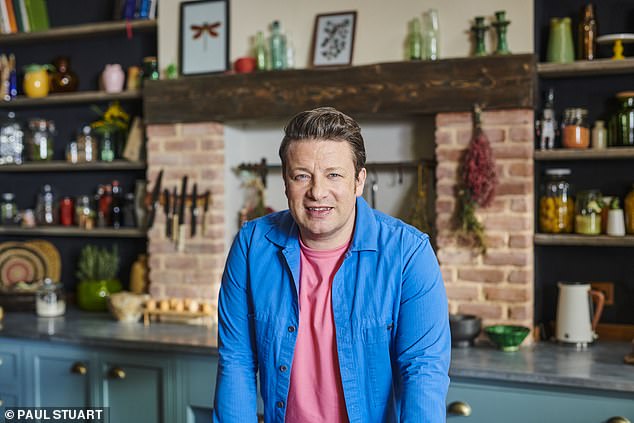 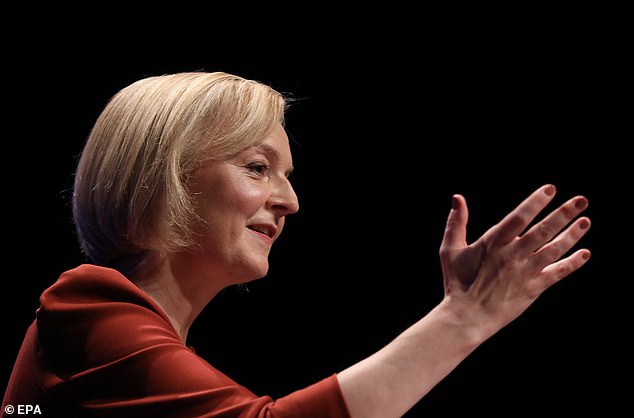 After the PM’s speech, her press secretary suggested there could be a scrapping of a planned ban of buy one, get one free offers.

‘You’ll have to wait for announcements on that,’ he said.

With Jamie Oliver supporting that ban, the press secretary was asked if the TV chef was part of the ‘anti-growth coalition’ outlined by Ms Truss.

‘I’m not going to name individuals,’ he said.

‘Obviously people are free to voice their opinion but the economy has not been growing as it should be for a very long time.

‘Why is that? There are obviously some people who influence certain policy decisions which isn’t conducive to growth.’

The press secretary also did not rule out independent think tanks being part of the ‘anti-growth coalition’.

Asked which think tanks Ms Truss likes, he said: ‘She obviously likes ones which are more on the centre-right of things.’

During her conference speech, the PM vowed she would be ‘challenging those who try to stop growth’.

‘Labour, the Lib Dems and the SNP, the militant unions, the vested interests dressed up as think-tanks, the talking heads, the Brexit deniers and Extinction Rebellion and some of the people we had in the hall earlier,’ she told Tory members.

‘The fact is they prefer protesting to doing. They prefer talking on Twitter to taking tough decisions.

‘They taxi from north London townhouses to the BBC studio to dismiss anyone challenging the status quo.