Students training to be next generation of forensic crime scene investigators have been given a trigger warning they may see images of death in case they find it ‘offensive or traumatising’.

The University of Exeter has issued the content alert on its Forensic Science course for the upcoming academic year.

In the second term – which is supported by Devon and Cornwall Police – they will hear lectures from experts including a crime scene investigators and a forensic pathologist.

Staff – led by organiser Dr Katie Solomon – are clearly concerned some students may not be prepared for the reality of the work.

But the alert has now been ridiculed, with the university message branded an example of ‘the world gone mad’.

The warning, seen by MailOnline, even goes as far to tell students they might want to reconsider their course choices if they fear they cannot handle it.

It declares: ‘The content of Forensic Science contains images, depictions and descriptions of murder, sexual assault, self-harm, violence and death that some students may find offensive and/or traumatising. 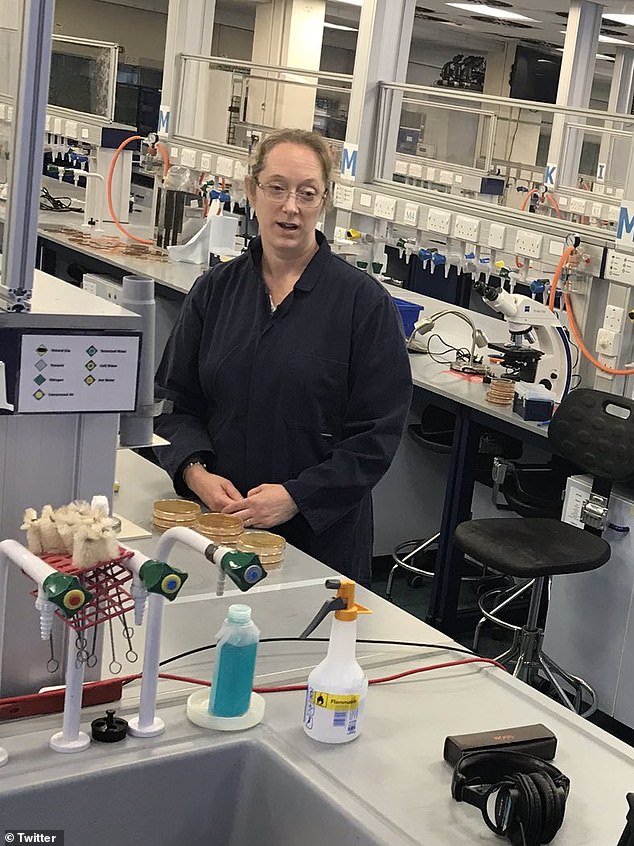 The Forensic Science course at Exeter is run by Dr Katie Solomon, pictured in one of the labs 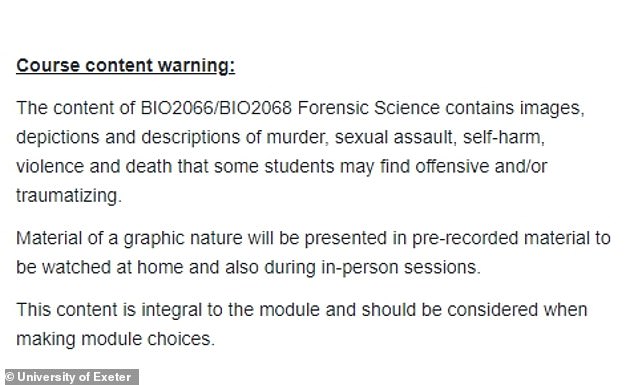 ‘Material of a graphic nature will be presented in pre-recorded material to be watched at home and also during in-person sessions.

‘This content is integral to the module and should be considered when making module choices.’

‘It just shows how the world has literally gone mad.

‘It is awful we are bringing up such a naïve and stupid society. We are handing out first class honours more than ever but it will be victims of crime that are let down.

‘It is all about self these days, everybody today is about their own mental health – they should be more concerned about victims they might be serving.’

A University of Exeter spokesperson said: ‘Forensic Science is also a module available to students across the university taking other programmes, and in our experience not all students are equally aware of the module’s graphic content.

‘We need to be clear about our course content which is why we specify that there will be images, depictions and descriptions of murder, sexual assault, self-harm, violence and death.’

Crime scene investigators work with the police and collect evidence to use in prosecutions. 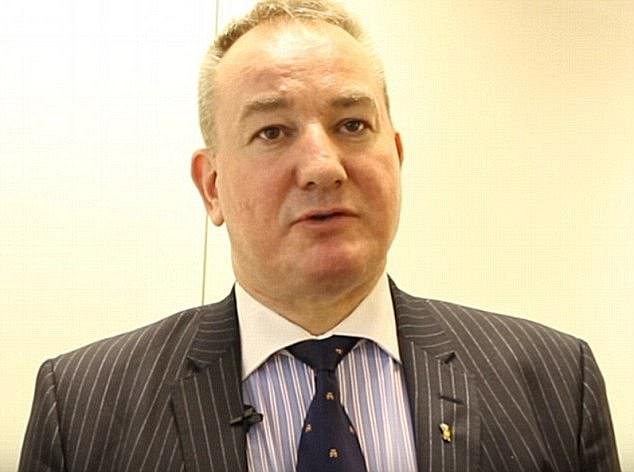 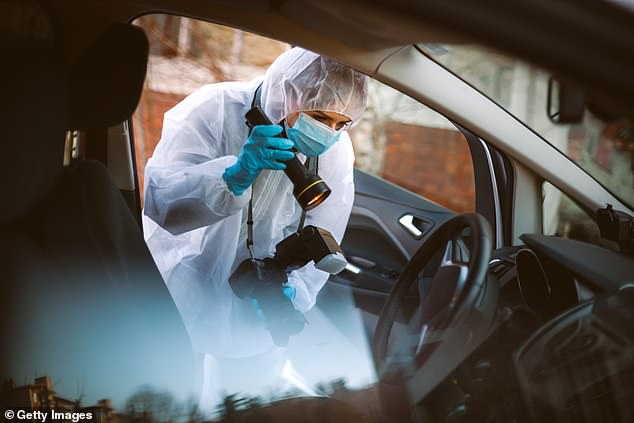 They gather proof including physical samples from the scene, such as weapons, fingerprints, clothing or biological matter.

Degrees in forensic science or biological science are advantageous for those hoping to take on the job.

The University of Exeter has not responded to a request for a comment on the warning.

News of this latest university warning comes the day after MailOnline revealed archaeology students at York University were alerted to the prospect of seeing pictures of human remains.

The module – led by Dr Colleen Morgan – is described as ‘providing skills needed to communicate archaeological research to a variety of audiences’.

MP Andrew Bridgen – who has previously hit out against little-needed trigger warnings and censorship – said it was absurd.

He told MailOnline: ‘If the archeology students are worried about seeing human remains perhaps they should have considered another course.’

Trigger warnings have become a controversial addition to life for the modern undergraduate.

Its English Department sounded the klaxon to freshers on its Approaches to Literature module, led by Dr Richard Leahy.

It even told them they could raise concerns with him if they had ‘any issues’ with the topics discussed.