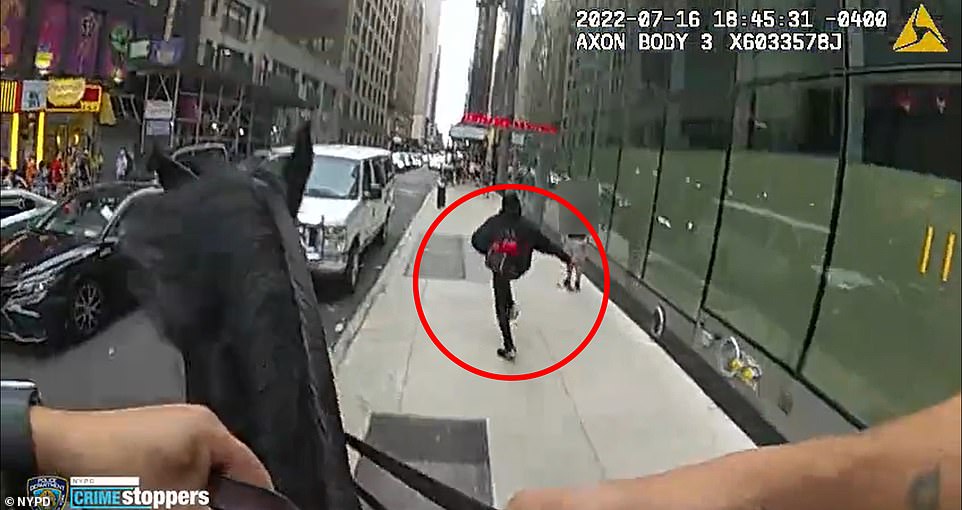 A Time Square robber was chased down through the streets of New York City by a cop on horseback after being suspected of stealing sunglasses on Saturday. ‘All of your NYPD officers are involved in crime reduction, even the four-legged ones,’ NYPD posted on Twitter with bodycam video of the high speed chase. 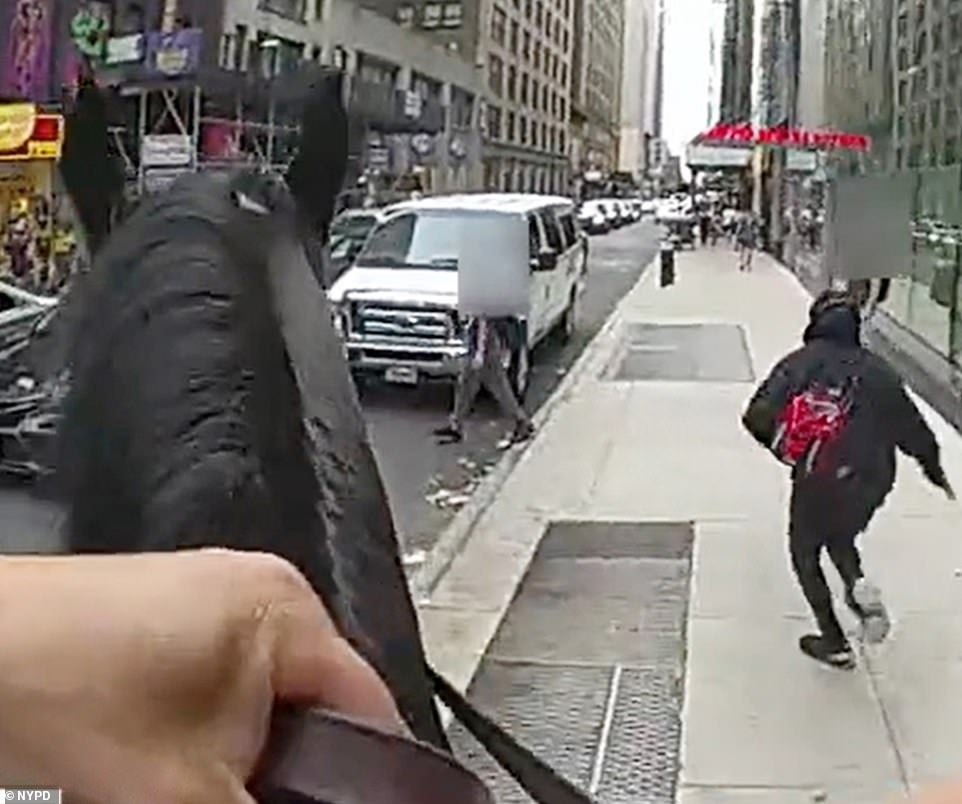 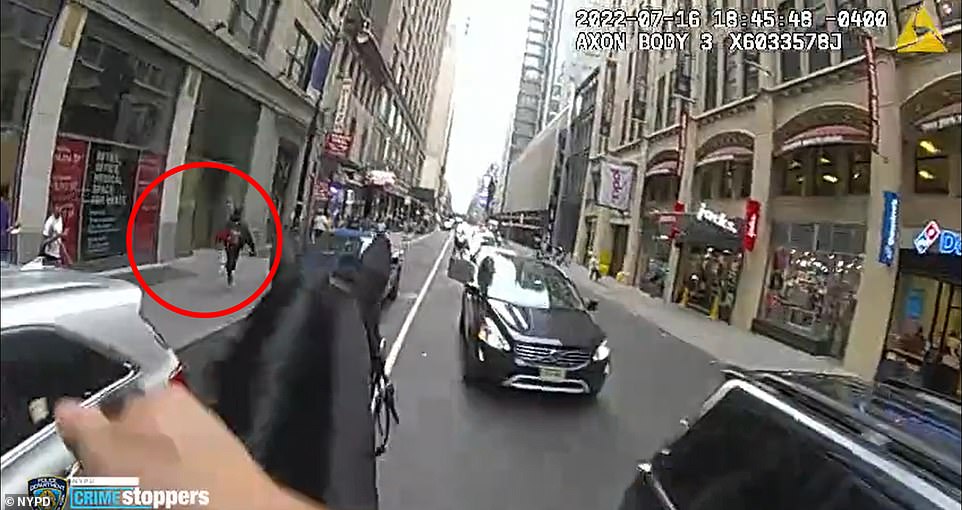 The suspect runs into the street towards incoming traffic as some cars halt to allow the officer through the busy street. The robber makes it down the block before being detained by nearby officers. The NYPD horses have been put to use for years. 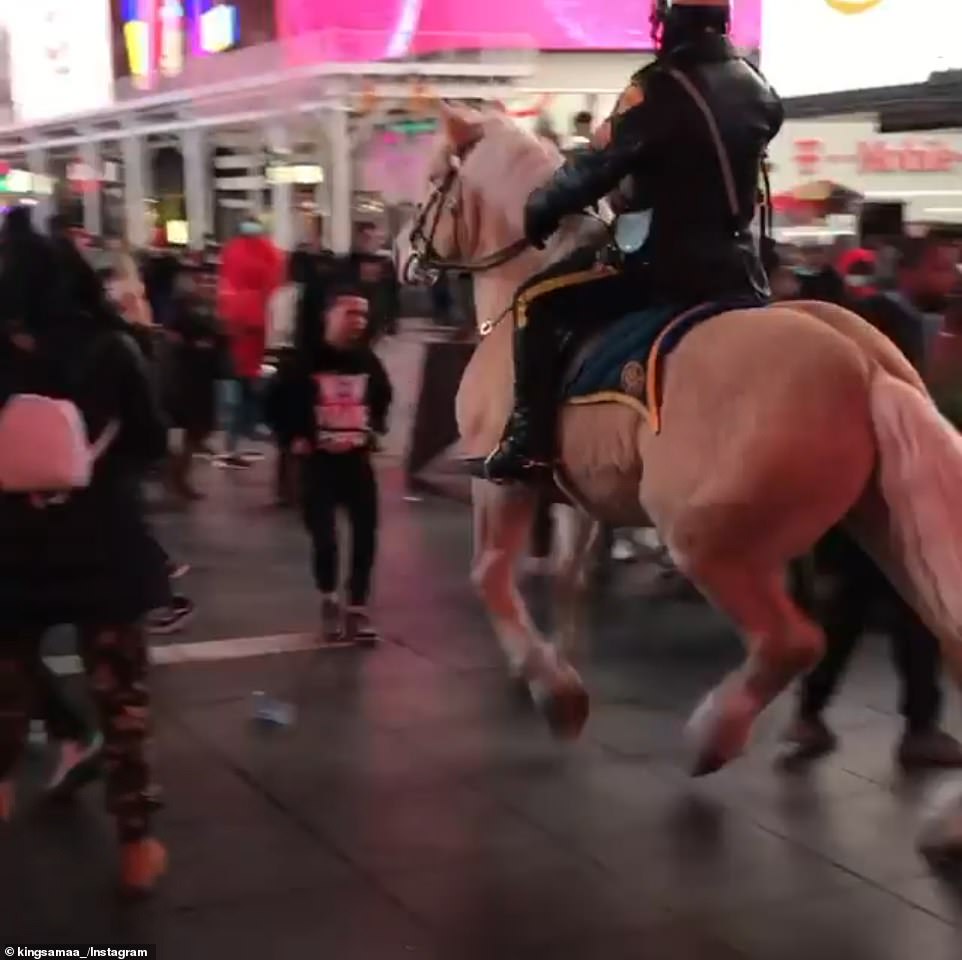 Two heroic horses were used to break up a fight in Time Square in December 2020. Footage of the incident showed several men throwing punches and wrestling to the ground. Bystanders attempted to help calm the incident, but it wasn’t until the horses arrived that the situation fizzled. 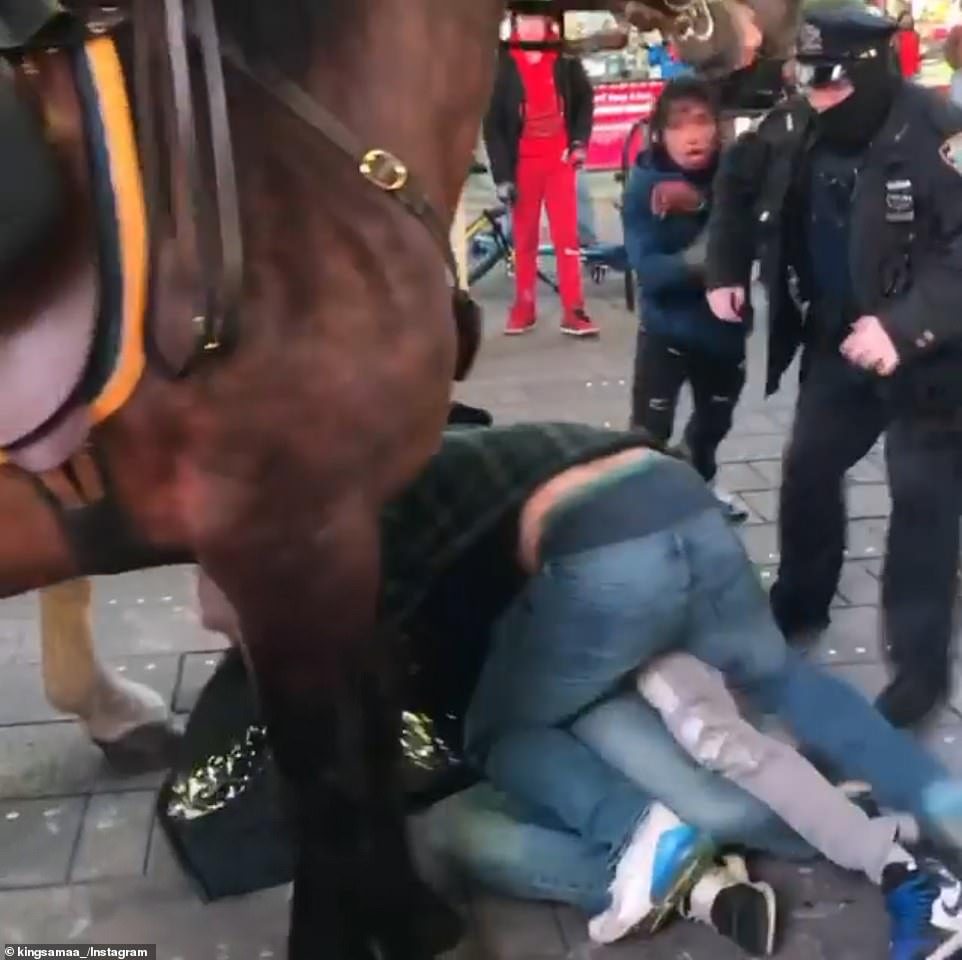 Officers used the horses to trample in between the fighters as some officers attempted to peel the men off of each other. As one man laid on the ground, another was spotted picking up a nearby bike and taking off. One man can be seen on the sidewalk with a bloody mouth. 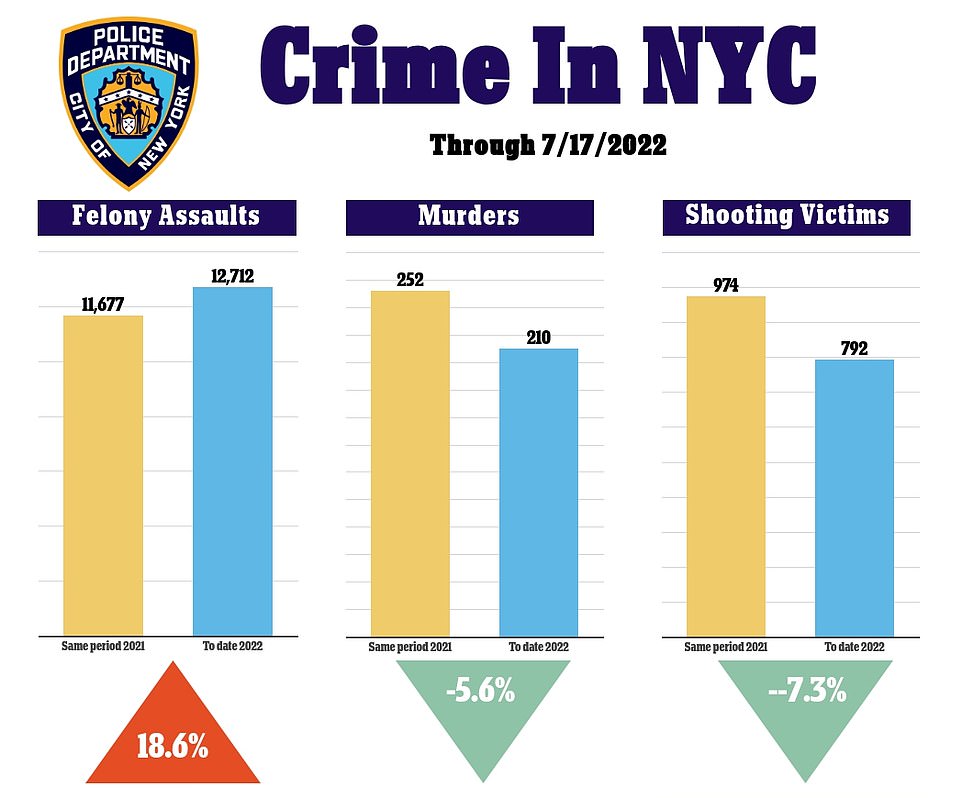 Robberies in New York City are up in comparison to last year, statistics show. Year-to-date data by the NYD shows 8,314 robberies in 2022 so far. In comparison, 6,530 robberies in the same period were reported in 2021. Data accounting for the 28 days between June 18 and July 10 show 1,499 reported robberies – 384 more than the same time last year. Meanwhile, reports of burglaries, grand larceny, and grand larceny auto theft are also up. Overall crime in the city is up more than 37 percent in comparison to last year.