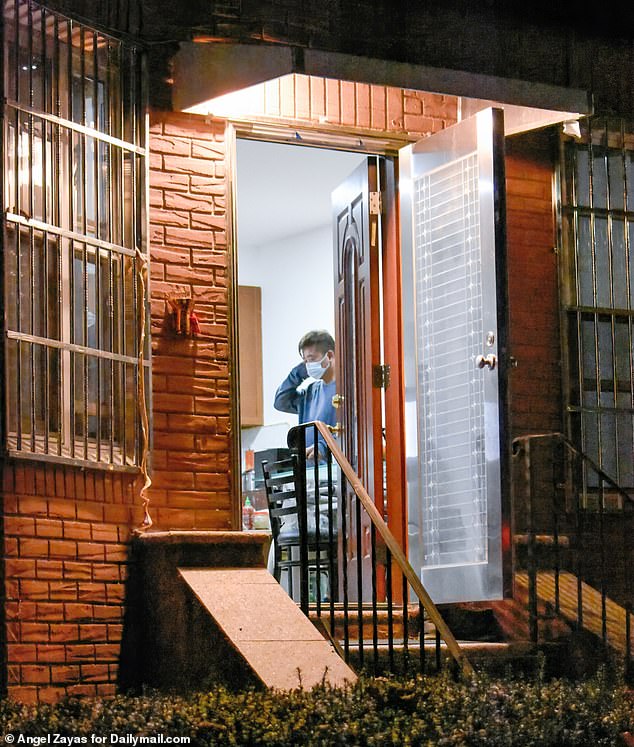 NYPD cop Yvonne Wu, who has been charged with murder and attempted murder for allegedly shooting her ex-girlfriend and killing her new lover by lying in wait at their home in Brooklyn, is still in hospital having told police that she was suicidal.

Wu, 31, and Jenny Li, 23, had split up a month ago, but the officer was unable to get over the relationship.

Wu allegedly slipped in through a backdoor which was unlocked at Li’s home and lie in wait for her on the bed, opening fire as the couple returned home.

On Friday night, a cleaning crew arrived along with the landlord of the building to tidy up the bloody scene 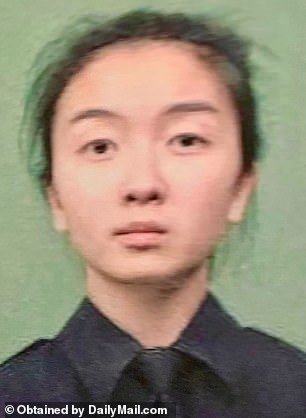 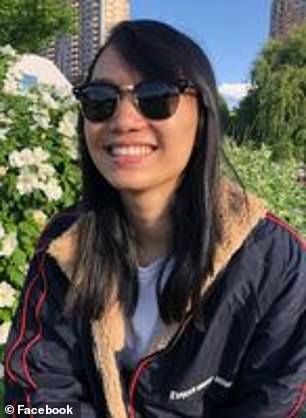 Wu allegedly opened fire shooting Liang multiple times and hitting Li in the torso. Li survived and is in the hospital but Liang died on Wednesday night.

On Friday night, a cleaning crew was seeing arriving along with the landlord of the building to assist in tidying up the bloody scene.

Although nothing was believed to have been removed from the residence, photographs of the crime scene were taken by workers who entered the premises wearing protective hazmat suits.

Wu is said to have confessed to the crime before being taken to NYU Langone Hospital-Brooklyn where she was placed under observation.

Due to her hospital stay, Wu has not appeared in court on any charges, but an arraignment may happen next week with the accused killer possibly appearing by video link from hospital. 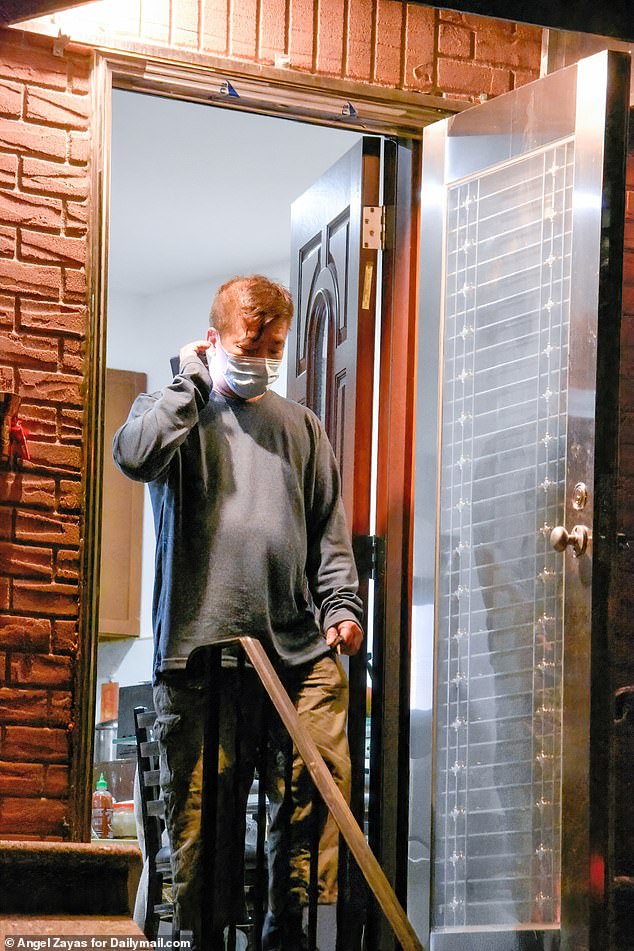 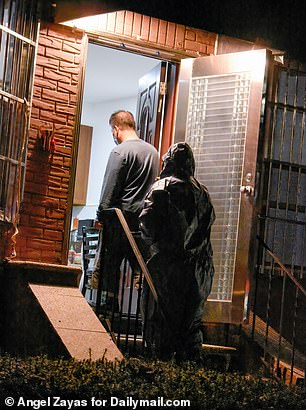 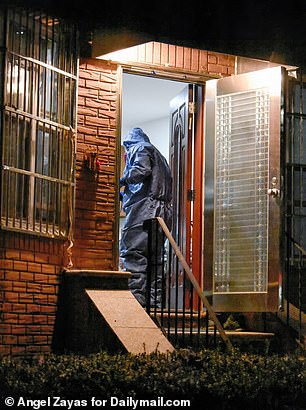 Li and Wu dated for two years but broke up last month in ugly circumstances. Friends say the cop, who was eight years older than her ex-girlfriend, was jealous and possessive.

Friends have said the shooting was preventable and that Wu had already got into an altercation with the two women weeks before the shooting, friends revealed on Thursday.

Li, Wu’s ex-girlfriend, didn’t report the altercation to the NYPD’s Internal Affairs Bureau because she thought she could ‘handle it on her own,’ her friend told the Daily News.

‘It should have been prevented,’ the friend told the News. ‘The cop was already stalking them…[Jenny] didn’t want the police involved. She wanted to handle it on her own. She thought she could handle it.’ 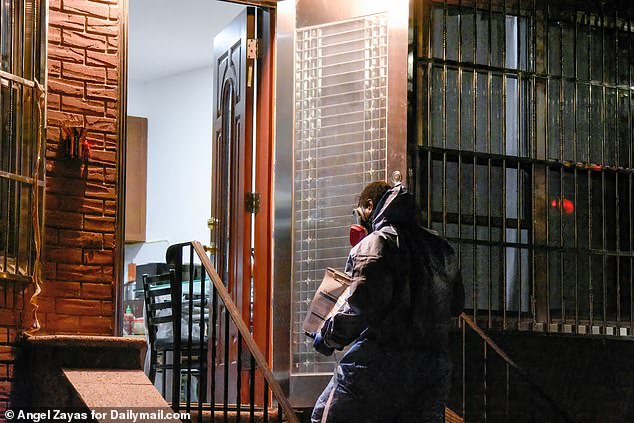 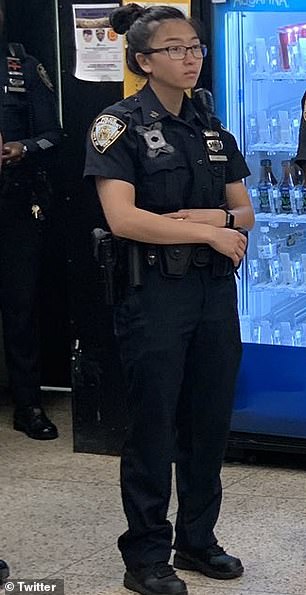 NYPD sources said Wu, pictured, was an exemplary officer who was regularly lauded for her good work

Liang allegedly wanted Li to report the altercation to the Bureau, but Li talked her out of it.

Wu reportedly told police she wanted to kill herself following the shooting, but was reported by neighbors to have appeared calm.

Friends set up a GoFundMe for Liang’s family on Thursday and shared kind words about her.

‘Our beloved friend, Jamie Liang, was taken away from us on October 13, 2021. She was a victim in a Brooklyn homicide case. We are raising funds to help her parents and family with the funeral arrangements.

‘Jamie was a 24–year-old dental student at NYU who had a bright future ahead of her. She was loved by so many and filled every room with her kindness and lively spirit. We live to honor all the joy that she brought to the lives of her family and friends,’ the page says.

Liang was believed to have been studying dentistry. She was due to graduate in 2024. 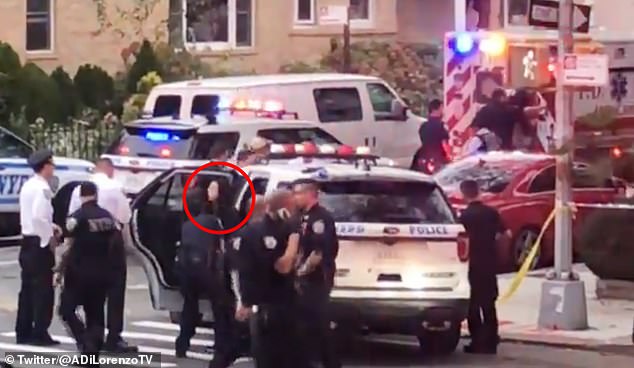 This is the moment Wu was cuffed and taken in a police car to the hospital to undergo evaluation. She remained there as of Saturday morning

The New York Attorney General’s Office told DailyMail.com it was reviewing the case.

Because it involves a cop shooting a civilian, the case is automatically referred to State Attorney General Letitia James’ office. 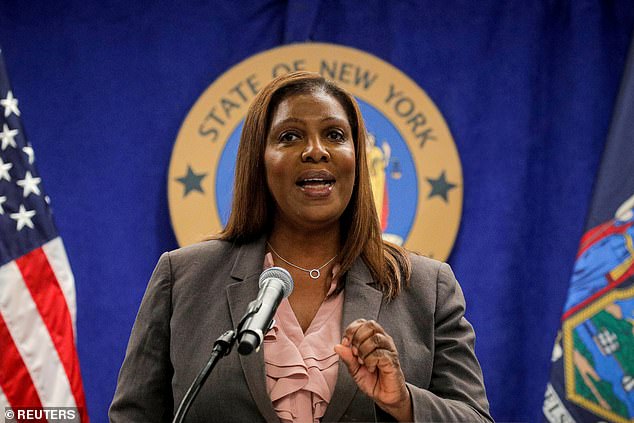 Because the shooting involves a cop shooting a civilian, the case is automatically referred to State Attorney General Letitia James’ office 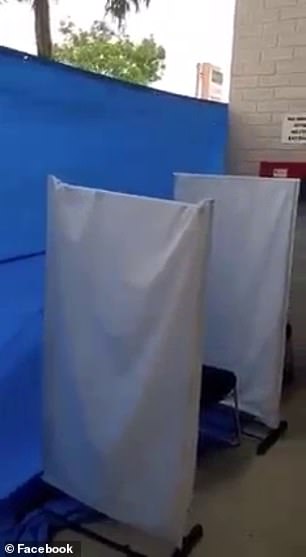 Advertisement Furious anti-vaxxer accuses a medical centre of BANNING the un-jabbed from entering and shares confronting footage of them forced to sit outside in small Covid-19 booths – but doctors hit back Video online shows outdoor waiting area at a Fairfield, Sydney medical centre The video’s narrator claimed unvaxxed patients could only be treated outside… 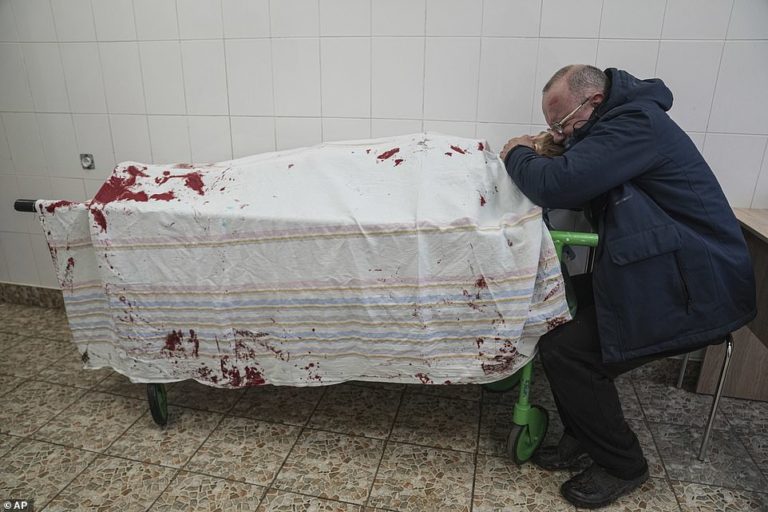 Advertisement Tragic images have laid bare the bloody cost of Putin’s war on Ukraine as a father weeps over the body of his son in the city of Mariupol, which has now been under continuous Russian bombardment for more than 24 hours with ‘hundreds’ of civilians thought to have been killed there.  Advertisement Serhii, father… 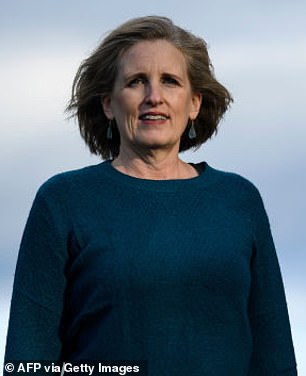 Advertisement Juli Briskman, a member of the Loudoun County Board of Supervisors, branded a group of concerned parents ‘alt-right’ Advertisement A Loudoun County official has branded a group of parents who are concerned about the school district’s handling of sexual misconduct cases and its teaching of critical race theory ‘alt-right,’ despite the group having black… 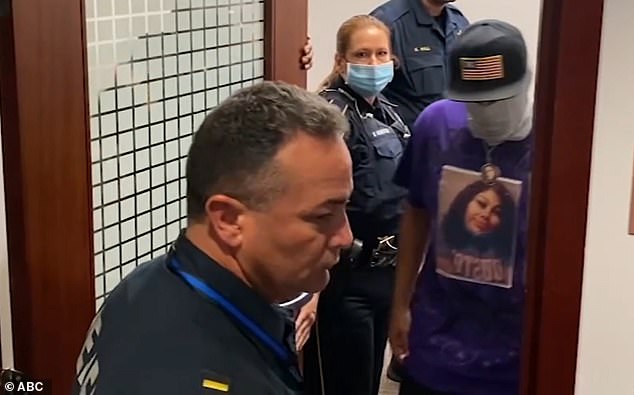 Advertisement A judge in Texas was forced to hit the panic button in her court and call in security after the brother of a murdered teenager attacked the 17-year-old accused of killing her.  Judge Hazel Jones had to call for security at her courtroom in Houston after Abel Alvarez flew at Frank DeLeon, 17, over the… 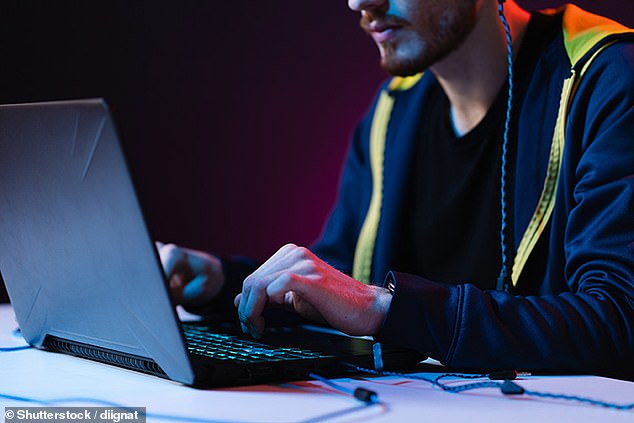 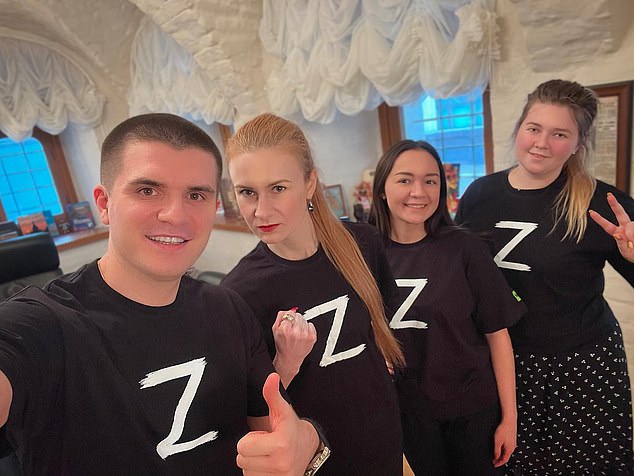