Olympic silver medalist Kim Glass posted a startling video showing the aftermath of a brutal attack she suffered on the streets of LA at the hands of a homeless person.

Glass, 37, said in her post that she was leaving lunch and saying goodbye to a friend when a ‘homeless man ran-up, he had something in his hand and he was on the other side of a car on the street.’

The Sports Illustrated model and star of the US women’s volleyball team said that the attacker looked at her ‘with some pretty hateful eyes.’

Glass said that she was about to turn to her friend say that she thought that there was something wrong with him and that he might hit the car.

She continued: ‘Before I knew it, a big metal bolt, like a pipe, hit me… it happened so fast. He literally flung it from the street.’

Glass later said that she is okay but required some stitching, there will be no permanent damage to her vision. She warned her followers to ‘be safe’ in Los Angeles.

GRAPHIC: Olympic Medalist Kim Glass was BRUTALLY ATTACKED by a homeless man in Los Angeles, CA after having lunch with friends. She says the homeless man had some sort of metal pipe.

Random acts of violence are rampant with the increasing homeless community, and soft-on-crime DA pic.twitter.com/dn760HeDx6 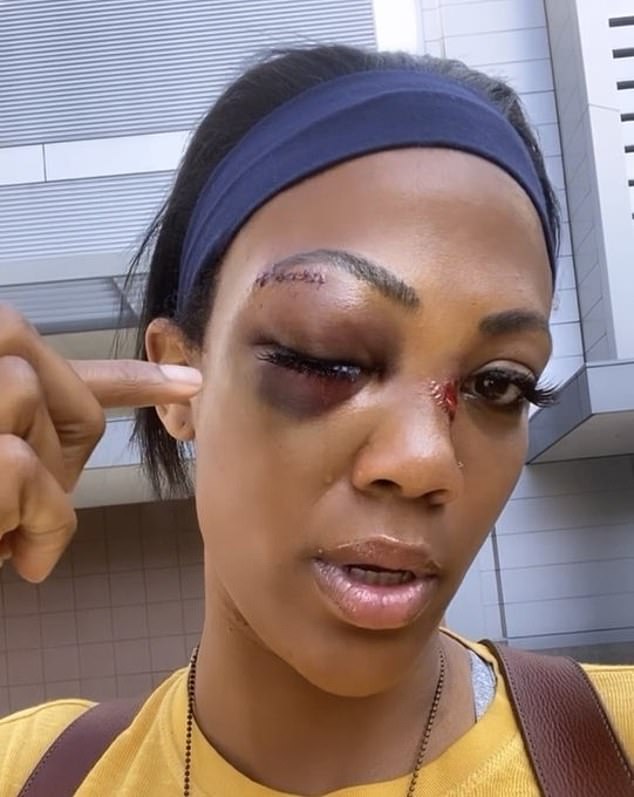