Amotekun says its operatives have apprehended “suspects in connection” with the massacre of congregants of St. Francis Catholic Church, at Iwalu-wa, in Owo, Ondo.

Adetunji Adeleye, commander of the Amotekun Corps in Ondo, gave the hint,  to journalists, on Thursday, in Akure.

Mr Adeleye spoke shortly after parading 71 culprits for different crimes in the state.

He said the suspects were already helping security agents to track down the “real perpetrators.”

“We have recovered the last vehicle they (terrorists) used for that operation before they jumped into the bush and we made some arrest. We pursued them to that point and we are still pursuing them. We would get to the root of it,” the Amotekun commander said.

He added, “We have also recovered some viral things which we are working on. As I told you, we are not stopping until we get to the root. I can assure you that the perpetrators and their sponsors would be brought to book.”

At least 40 worshippers were killed and dozens injured during the attack on the church by bandits. 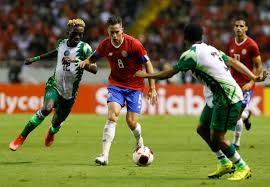