Paedophile stand-up comedian, 50, joked about child sex abuse and Moors killers Ian Brady and Myra Hindley at his hit Edinburgh Fringe show before being found guilty of directing molestation of under 13s 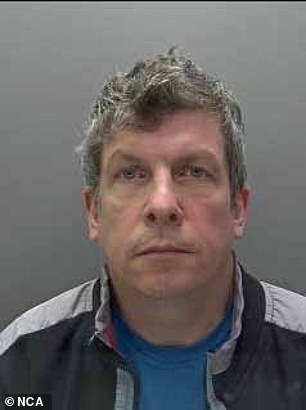 Eamon Goodfellow, 50, (pictured) who was a hit at the Edinburgh Fringe, did routines which included jokes about a young comic being too ugly for ‘child-molesting’ by Moors Murderers Myra Hindley and Ian Brady

A paedophile stand-up comedian joked about child molestation on stage before he was convicted of paying for and directing the sexual abuse of kids under 13 years of age in the Philippines and Romania.

Eamon Goodfellow, 50, who was a hit at the Edinburgh Fringe, did routines which included jokes about a young comic being too ugly for ‘child-molesting’ by Moors Murderers Myra Hindley and Ian Brady.

A number of chat logs were recovered by the National Crime Agency which showed Goodfellow discussing the abuse of children with facilitators.

In the chats, the 2019 New Act of the Year Final runner-up – first arrested in June 2018 – was shown to be actively seeking children under 13-years-old.

When a child at the right age was identified, he would direct the facilitators to perform certain sexual acts on the children with a view to live-streaming the offending.

Goodfellow, set to be sentenced this month after being found guilty of two counts of attempting to cause the sexual exploitation of a child under 13, also had a show titled ‘humour trafficking’ which the poster said was ‘so funny’ it is ‘illegal’.

In a video seen by the Mirror, Goodfellow also talked about Goldilocks being in the train toilet with one of the three bears.

He was also seen on a Zoom show while fellow comics joked about paedophilia and had shows scheduled up until June 2021.

Originally from Northern Ireland but living in St Albans, he was arrested by National Crime Agency officers on 14 June 2018 and all of his electronic devices were seized for analysis.

Evidence also showed that he sent payment to the facilitators to carry out the abuse.

He was found guilty of two counts of attempting to cause the sexual exploitation of a child under 13 at St Albans Crown Court on 12 April following a six day trial.

He will be sentenced at the same court on 31 May. 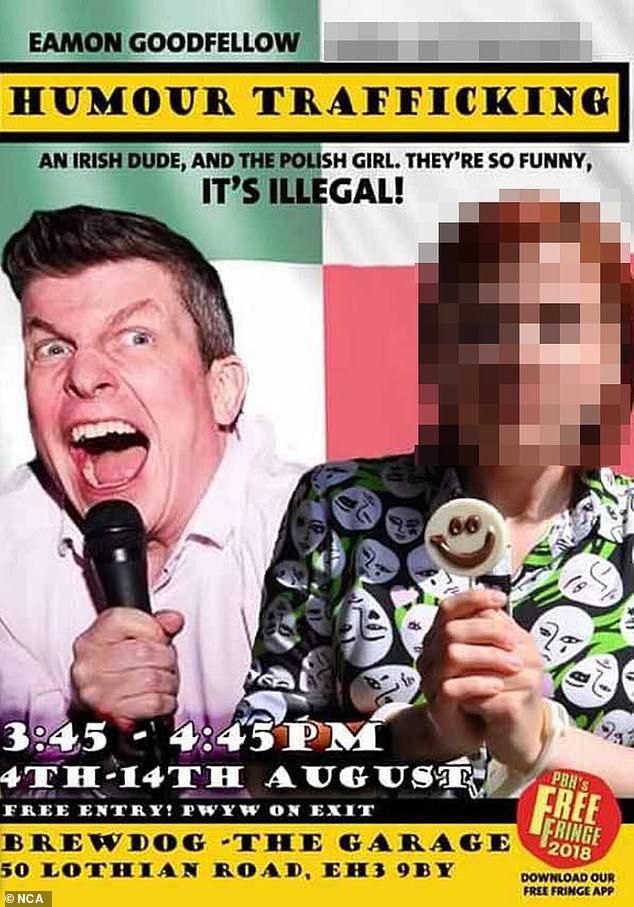 In the chats, the 2019 New Act of the Year Final runner-up – first arrested in June 2018 – was shown to be actively seeking children under 13-years-old. In August 2018, he also appeared at an Edinburgh fringe event with a show called ‘humor trafficking’

Martin Ludlow from the National Crime Agency said: ‘Goodfellow made it very clear that he has sexual interest in young children in these chat logs.

‘He attempted to arrange for the most horrific abuse of vulnerable children thousands of miles away from him for his own gratification.

‘He was helped by facilitators whose motive is to make money. This kind of financially-driven offending is a key threat to the UK.

‘The NCA works with international law enforcement partners to safeguard children, identify and disrupt those willing to fund and carry out this abuse.

‘In the Philippines the NCA has an excellent relationship and actively supports the work of the Philippine Internet Crimes Against Children Centre (PICACC).’

Goodfellow was also employed by Camelot, behind the National Lottery, which said it was ‘unaware’ of his crimes until he was convicted last month.

A Camelot spokesman told the Mirror: ‘We were unaware of the charges until the conviction this month. We immediately suspended the employee and the matter is subject to Camelot’s internal disciplinary process.

‘We are mindful of our employment law obligations and will pursue the strongest possible action.’ 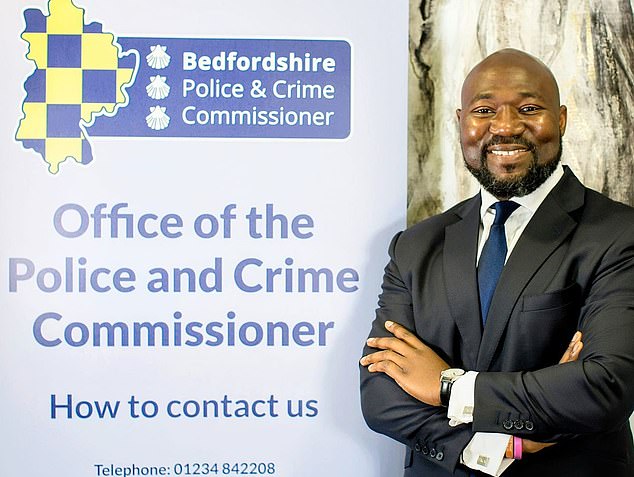 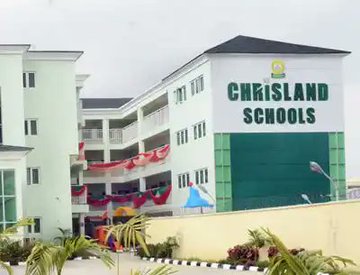 Advertisement Press Release Chrisland School in Lagos has informed parents that only five of 76 pupils sent to participate at the World School Games in Dubai last month were involved in the sex videos that emerged on the Internet.  Advertisement In a message broadcast via the school’s WhatsApp group of parents and teachers on Tuesday,…

Advertisement Former Rep. Tulsi Gabbard sent Sen. Mitt Romney a cease and desist letter after he accused her of ‘treasonous lies’ for peddling claims of U.S.-funded Ukrainian biolabs. Advertisement ‘When powerful, influential people make baseless accusations of treason, a crime punishable by death, in order to intimidate, silence and censor those who speak the truth,…