A packed passenger plane has been forced to make an emergency landing because the tyres were ‘dangerously overheating’.

Pilots dumped fuel from the aircraft ahead pf the emergency landing at Perth Airport, where an emergency firefighting team was on standby.

‘I think they were concerned the tyres might explode or be out of shape,’ a male passenger told Sunrise. 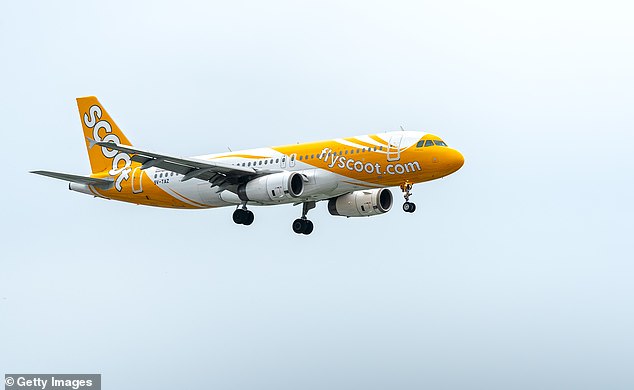 Another said: ‘We did land very, very fast, and braked very hard.’

A woman said her ‘stomach was turning a little bit’ when the emergency situation was announced, while a man slammed the budget airline for a ‘lack of communication’.

The passengers were told they would be placed on a new flight on Tuesday, but they have not been told when.

One-way flights between Perth and Singapore retail between $150 and $800.