Would YOU dare to dine? Adventurous eaters share food combinations that are bound to turn your stomach – from bacon-covered Oreos to Spam cookies

There are some foods that go together perfectly, like jam on toast or Spaghetti and meatballs.

But some adventurous foodies have tested the boundaries and created some truly stomach-churning food combinations, rounded up by Bored Panda.

One brave chef tried the ultimate sweet and savoury combination by making bacon-covered Oreos, whil another claimed to be a fan of pickle wrapped in candy floss.

Another strange combination was sausage sushi roll stuffed with bacon and pasta, while film fans might want to treat themselves to a bar of onion-flavoured chocolate, inspired by Shrek. 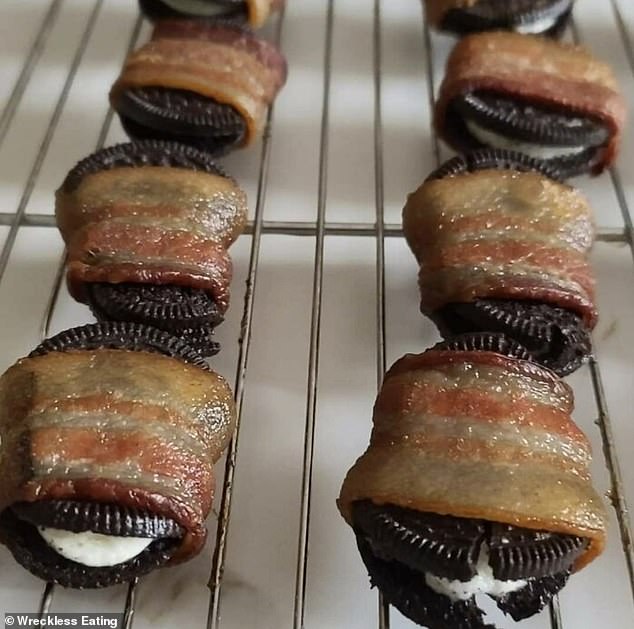 Social media users from around the world shared the most stomach turned dishes they’ve tried, with the most creative meals collated in a gallery by Bored Panda. One creative cook   decided to grill Oreo biscuits wrapped in bacon 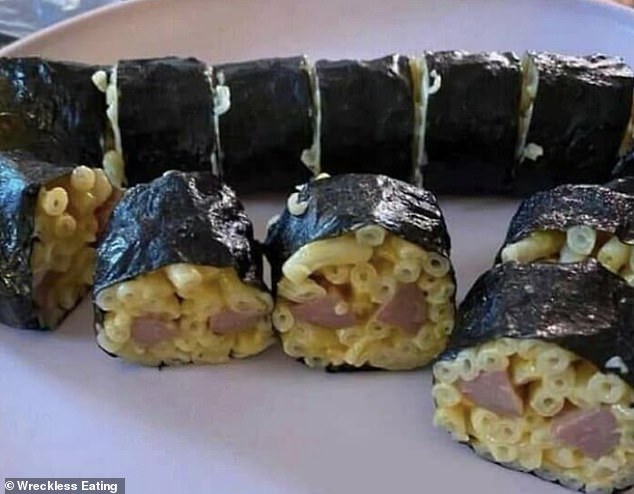 Something fishy! Another daring person decided to make sushi rolls with pieces with macaroni cheese and hot dogs 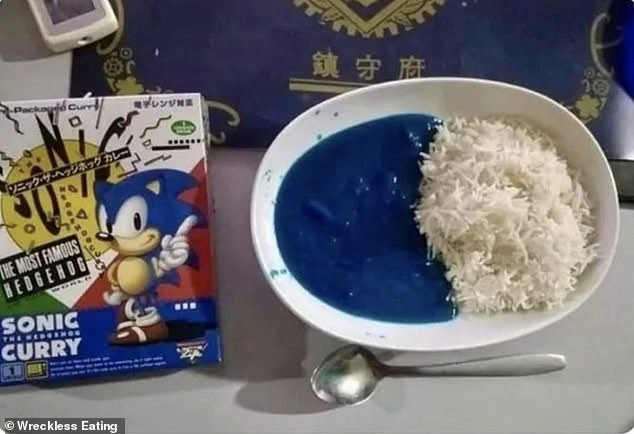 Would you eat this? In Asia you can pick up Sonic limited edition curry which is the same alarming shade of bright blue as the famous hedgehog 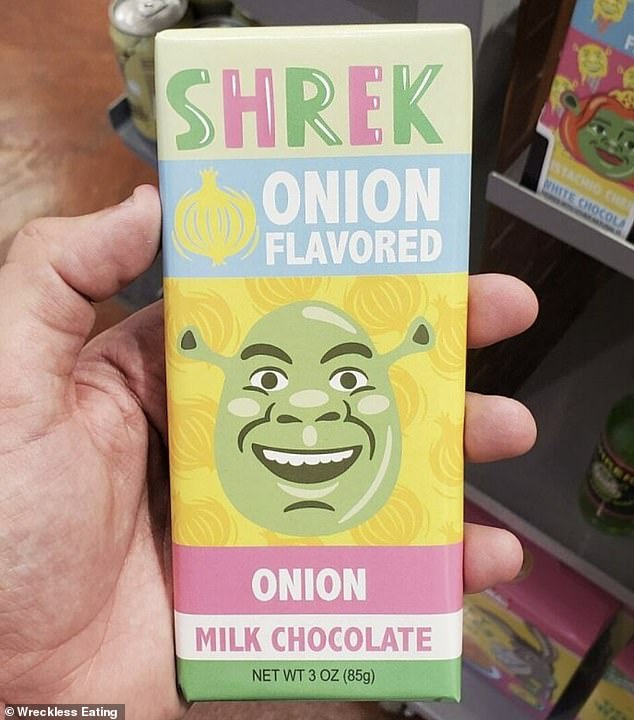 Only an ogre would enhoy this! This Shrek onion-flavoured candy bar seems to be a very random combination 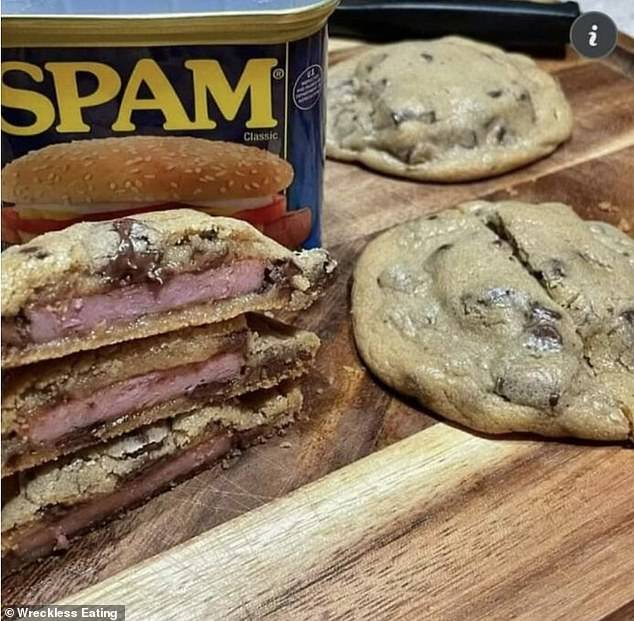 These looked nice until they were cut in half! Warm gooey cookies filled with a slice of canned Spam will appeal to only the most unusual appetite 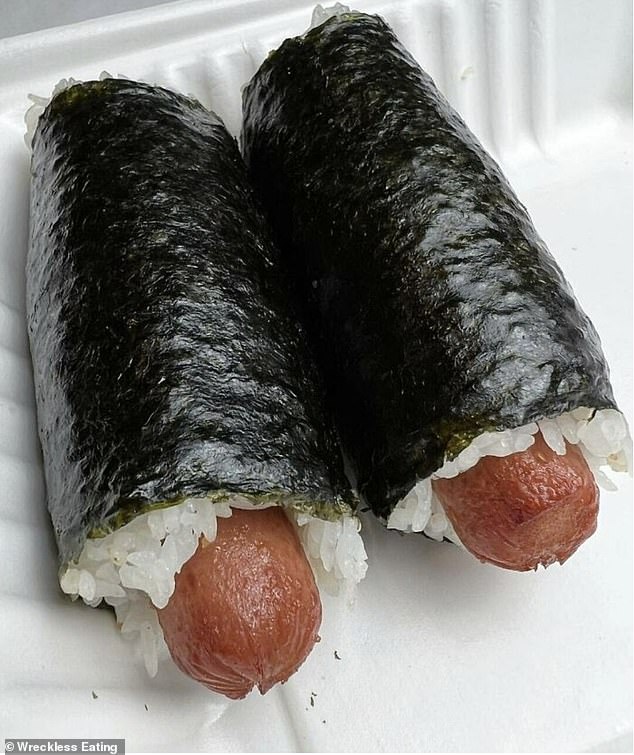 Some more interesting sushi experiments! A sausage rolled in rice and seaweed paper does not look appetising in the slightest 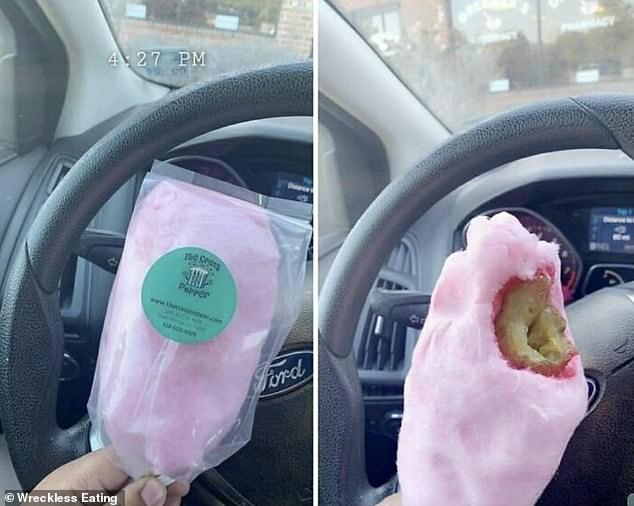 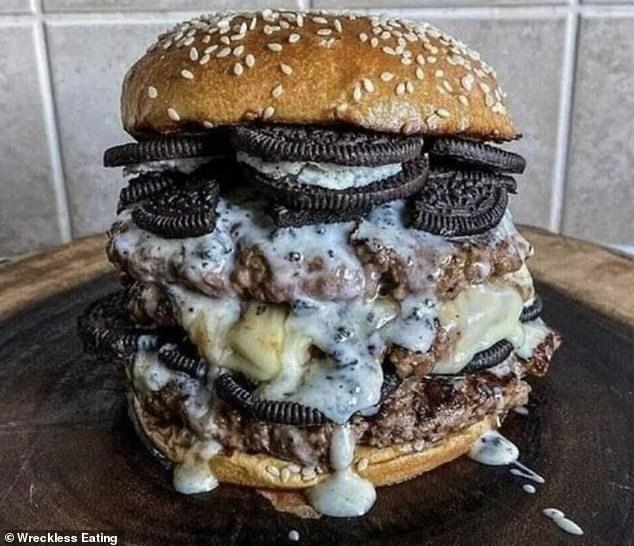 This picture alone is enough to make a person gag! A double cheese burger filled with melted Oreos 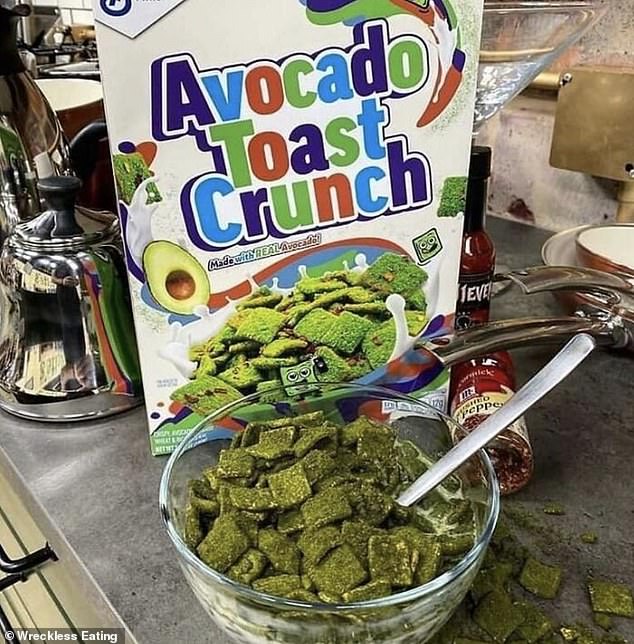 This person was brave to try this bright green avocado toast crunch cereal. Think we will stick to Coco Pops.. 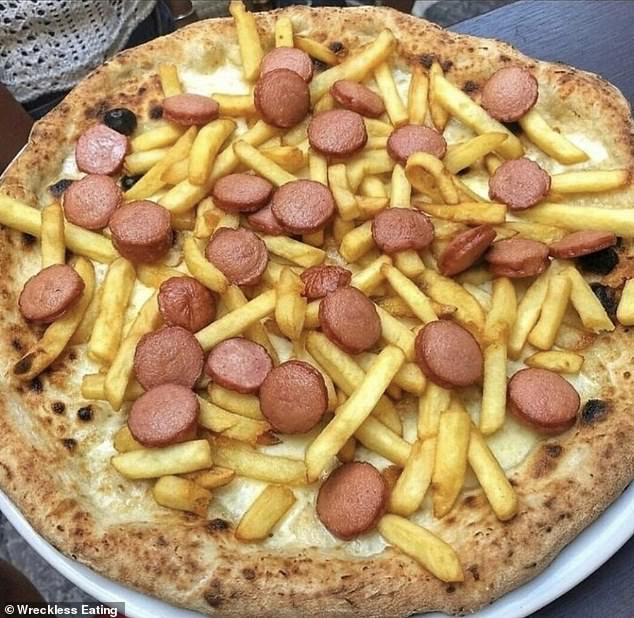 This meal is probably the best of a bad bunch, chips, pizza and sausage usually do go together however it is weird to see the chips and sausage as the pizza topping 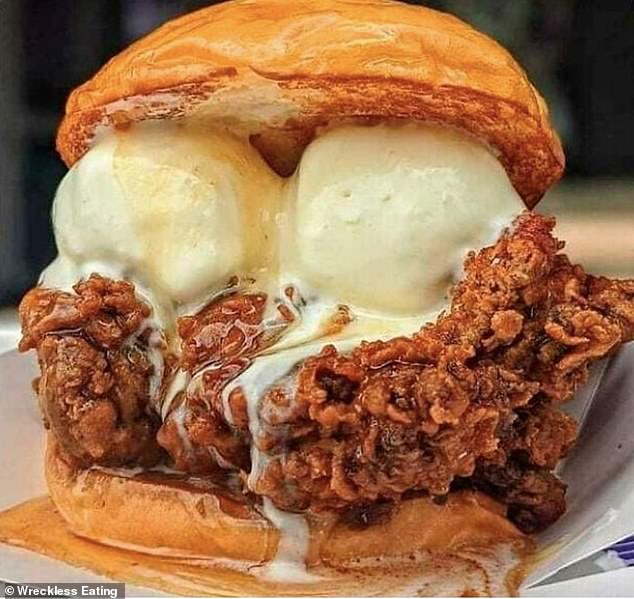 One heart attack please! A daring diner, from the US, tried a fried chicken ice cream burger with caramel sauce oozing out 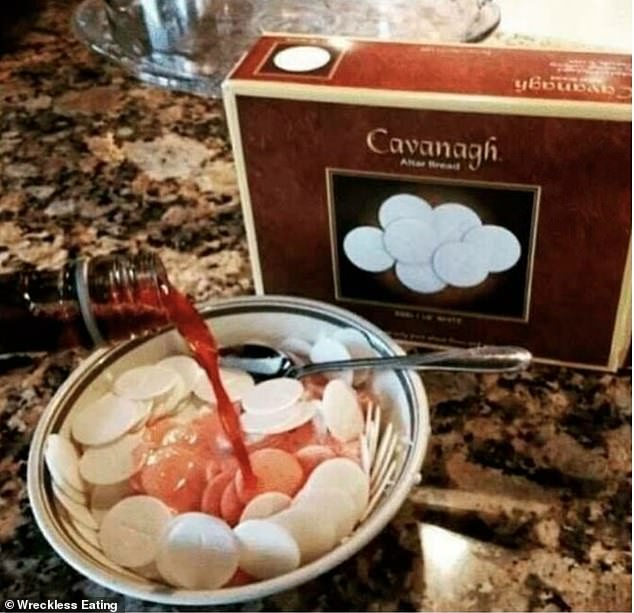 Amen: Holy Communion toast crunch and red wine milk for the person who’s sins are too much for confession 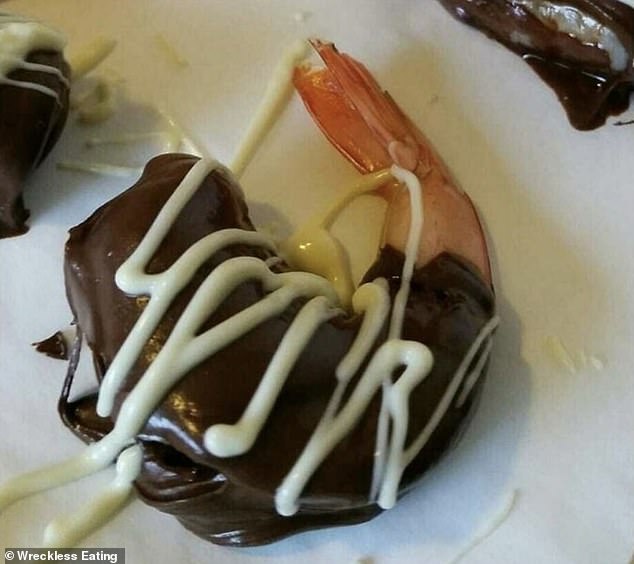 Gross! This person has experimented by dipping shrimp into milk chocolate and drizzling some white chocolate over it 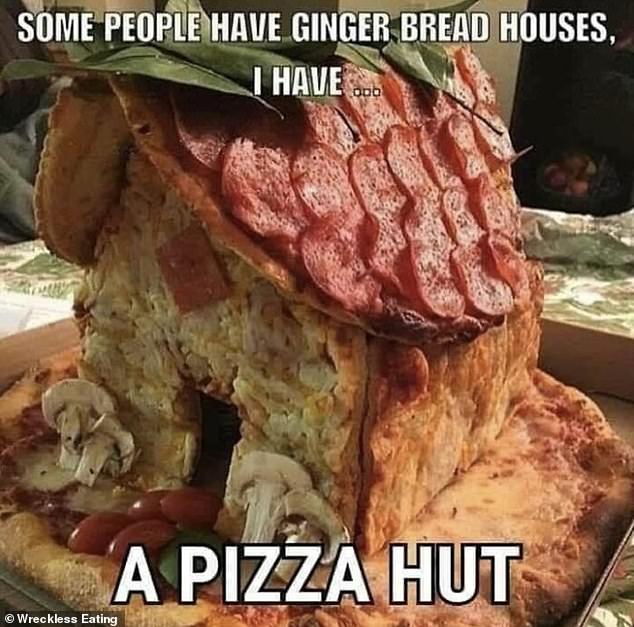 It brings another meaning to Pizza Hut! This person decided to build there own pizza house complete with little mushroom tree’s in the front garden 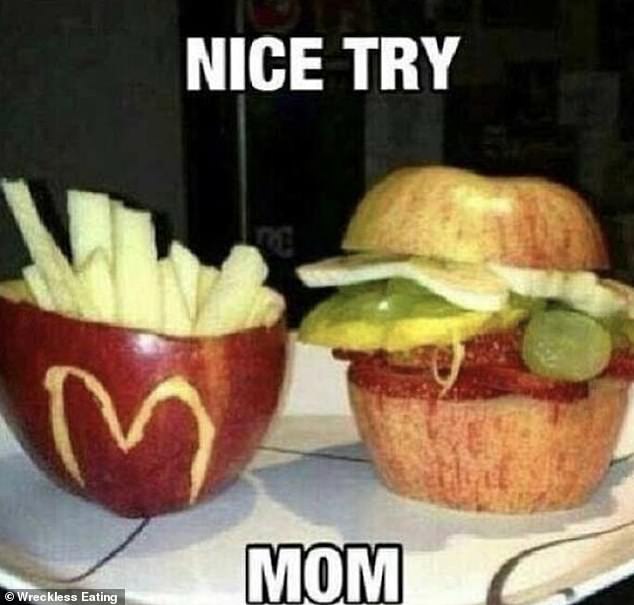 Not fooling anyone! A mother made a fruit version of a Mc Donalds burger and chips meal. We know which one we would prefer…