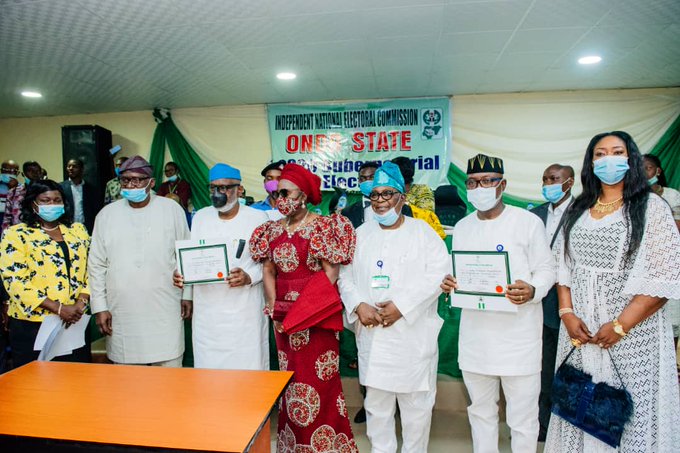 The Independent National Electoral Commission (INEC) has presented the certificates of return to Ondo State Governor, Rotimi Akeredolu and his deputy, Lucky Orimisan Aiyedatiwa after they emerged winners of the just concluded Ondo Gubernatorial Election.

The duo received their certificates alongside their wives and other APC party leaders  at the state secretariat of INEC in Akure, Ondo State capital.

Ondo State APC chapter shared pictures of the event via their Twitter page. 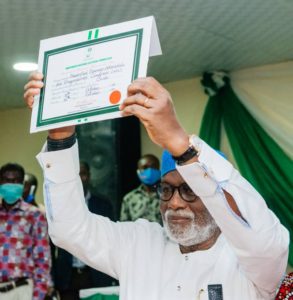 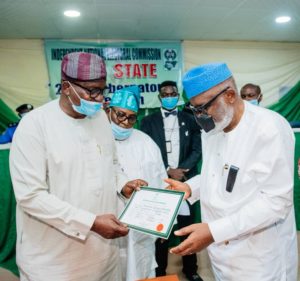 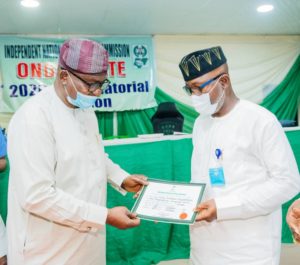 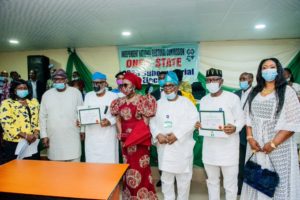 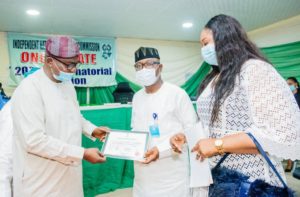 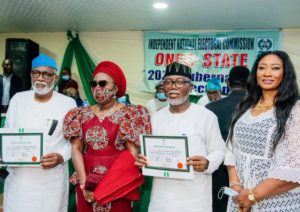 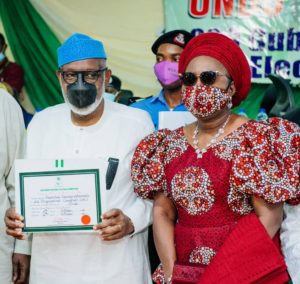 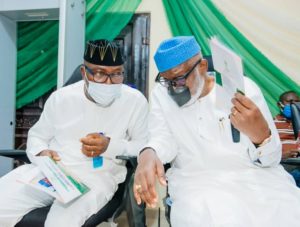 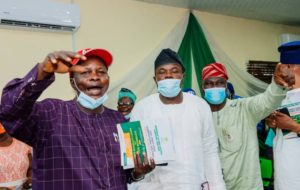 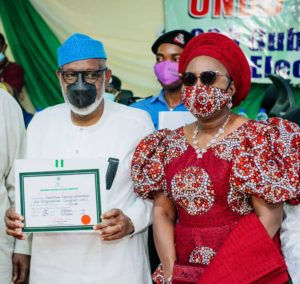 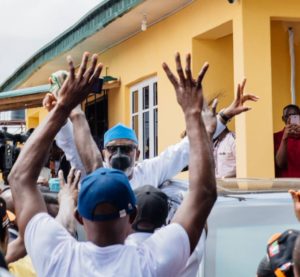 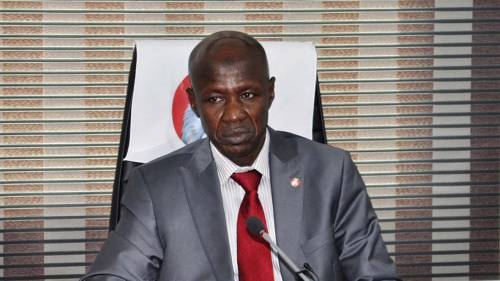 The Acting Chairman of the  the Economic and Financial Crime Commission has have been suspended by the Presidency. Recall that Mr. Ibrahim Magu was yesterday summoned by the Presidential Advisory Committe Against Corruption to answer questions as regards corruption allegations levelled against him. A combine team of the Department of State Security Service and the… 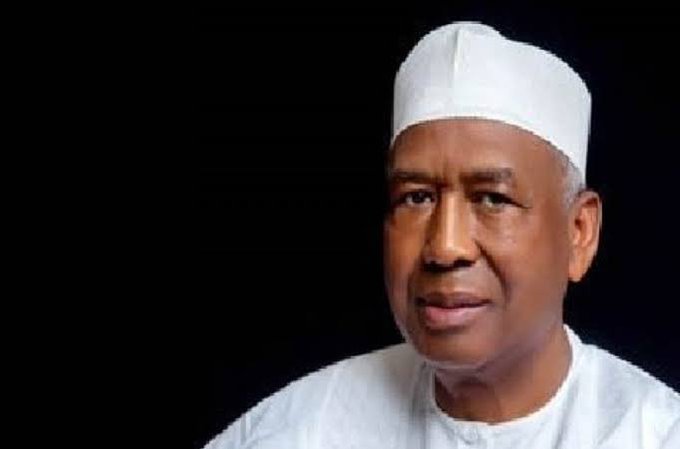 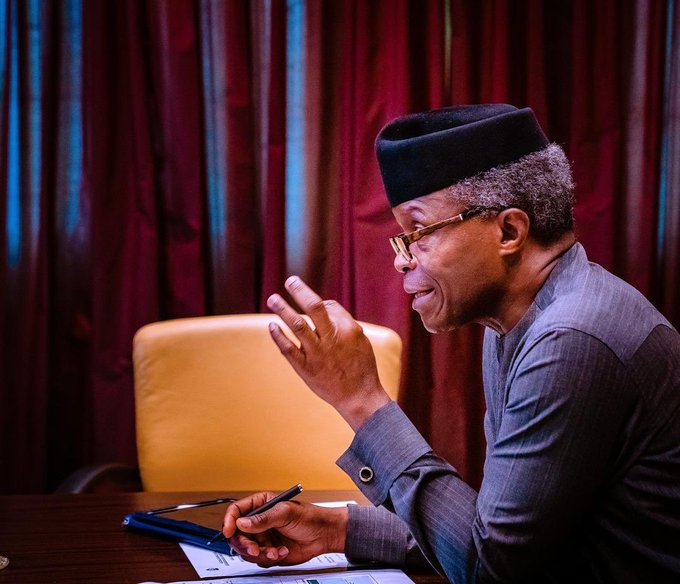 Jackson Ude, the blogger who publicly accused Vice President Yemi Osinbajo of collecting a sum of 4 billion naira from Ibrahim Magu, the suspended Acting Chairman of the Economic and Financial Crime Commission (EFFC) said he’s not afraid of the Vice President. The Vice President had on Thursday written to the Inspector General of Police,… 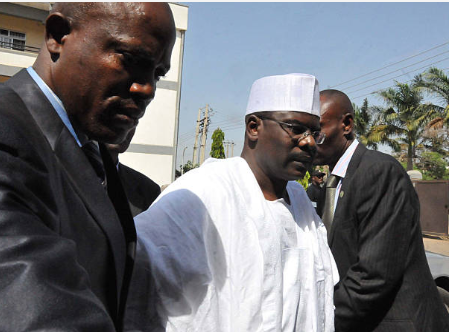 The Senator representing Borno South, Ali Ndume said he can’t go to his hometown of Gwoza in Borno as a result of the high level of insecurity caused by Boko Haram insurgents Senator Ali Ndume claimed that the insurgents recently slaughtered about 75 elderly people in his hometown. He said they were taken to the… 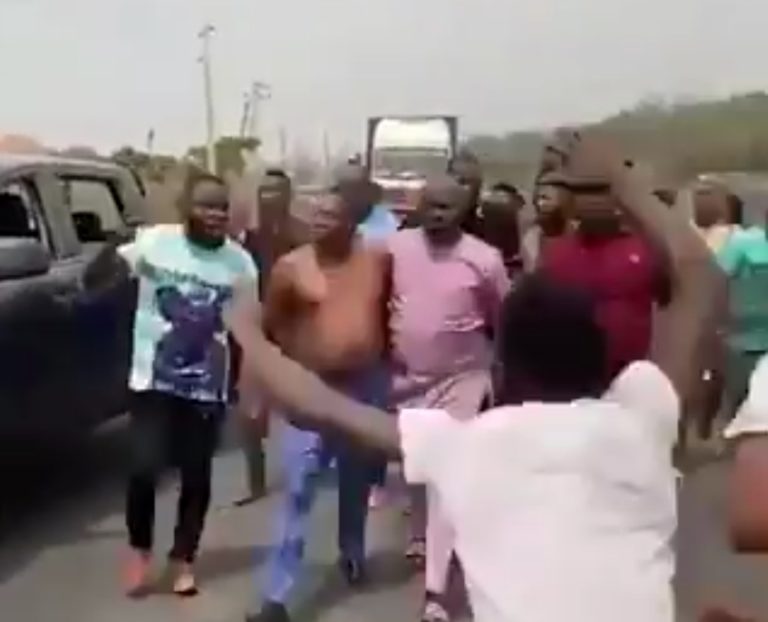 The Department of State Services (DSS) has refuted claims that it attempted to arrest popular Yoruba activist, Chief Sunday Adeyemo who is otherwise known as “Sunday Igboho” This comes a few hours after a video obtained online showed a combined team of policemen, members of the DSS and men of the Nigerian Army reportedly attempted… 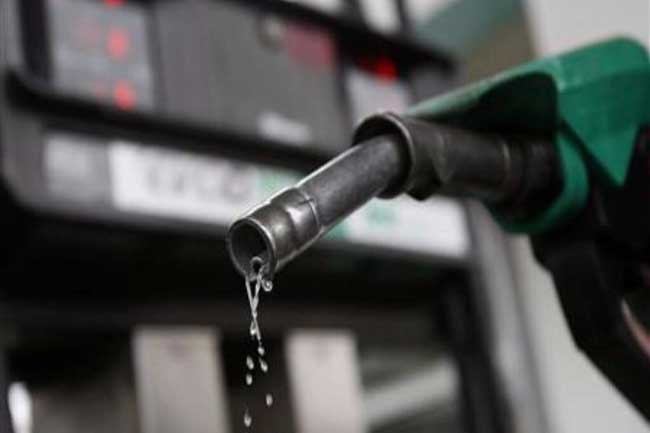 The Petroleum Product Marketing Company a subsidiary of the Nigeria National Petroleum Corporation(NNPC) has announced an increases in the ex-depot price of Premium Motor Spirit from N138.62 to N151.56 per litre. The ex-depot prize is the prize in which the product is sold to marketers at the depots and the new prize takes effect today….