Emotional moment witness breaks down over shooting as a manhunt gets underway for FIVE armed suspects after man, 38, was killed with shotgun blast to the chest at close range

Four men and a woman are on the run after a man was shot dead in the front yard of a home in southwest Brisbane.

The 38-year-old man died after being struck once in the chest at close range at the home in Cleveden Ave, Oxley in the early hours of Tuesday morning.

Detective Superintendent Andrew Massingham says four men and a woman armed with a 12 gauge shotgun, and potentially a handgun, were involved in the attack.

‘The male deceased was struck at very close range, and we believe the weapon involved was a 12 gauge shotgun,’ he told reporters on Tuesday. 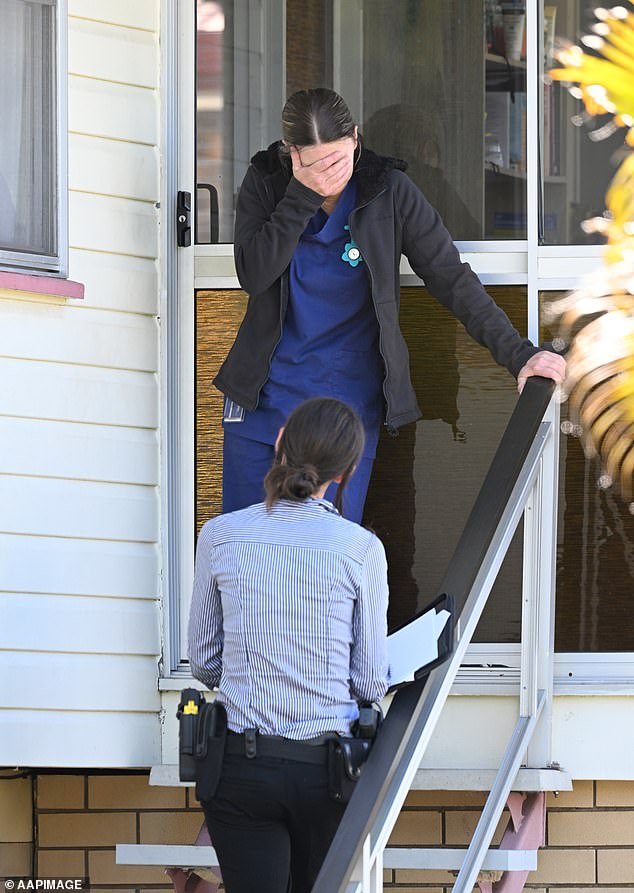 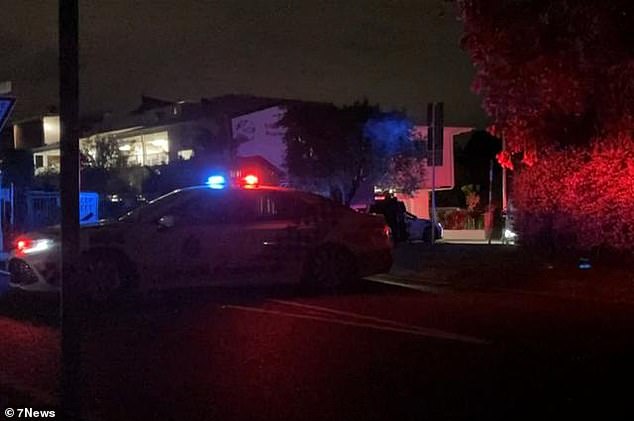 Queensland Police are treating the fatal shooting of a man in Brisbane as a murder and have launched a man-hunt for five people (pictured, police at the scene early Tuesday morning) 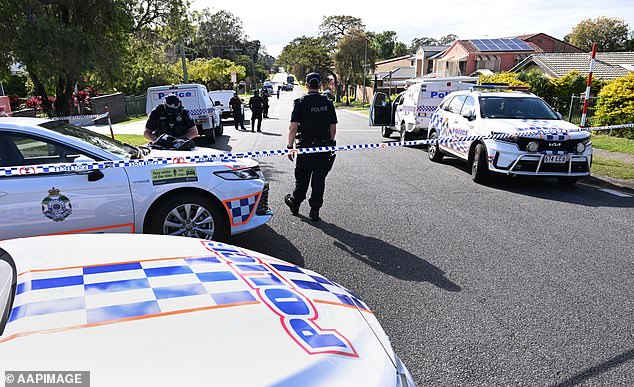 Det Supt Massingham said the man had been sitting in a car near the home when the five turned up and started assaulting another man who lived at the home.

The 38-year-old then got out of his car and started running to the man’s aid when he was shot.

The second man has suffered minor injuries and is being questioned by police.

Police are probing a dispute between the two men and the five suspects one to two weeks before the shooting.

‘Certainly there was significant conflict amongst the whole group,’ Det Supt Massingham said. 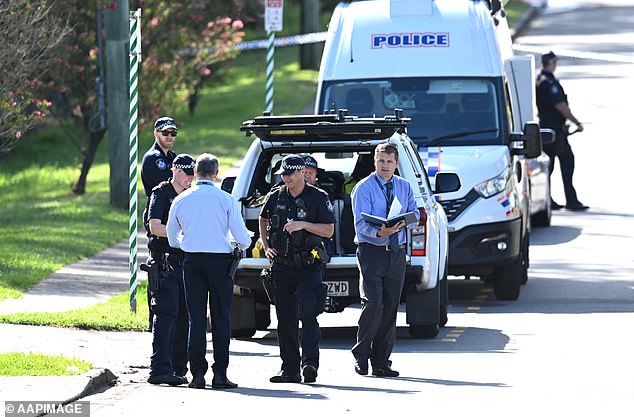 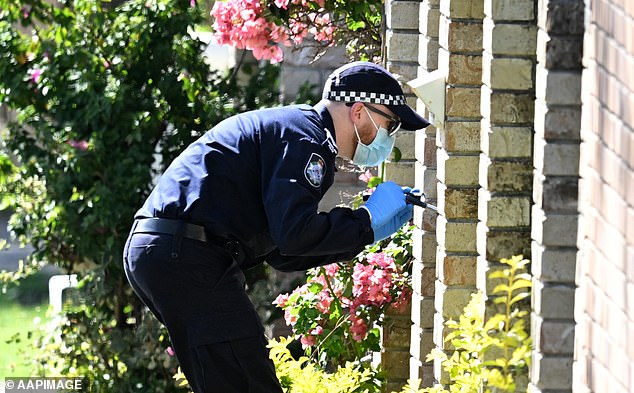 Police were spotted searching the surrounding area for evidence

He said the dispute was not related to number of recent gang shootings in the city’s south.

The attack lasted about 30-40 seconds and neighbours heard more than one shot being fired.

Detectives are still hunting for the five, and are reviewing CCTV footage of a car leaving the scene, which is across the road from a primary school.

However, Det Supt Massingham said there may have been a second car.

He urged anyone with information about the attack or the whereabouts of the alleged culprits to contact police.

‘We have a number of persons with significant weaponry and it’s important that we harness what information is available in the community this morning to set us on the right track,’ Det Supt Massingham said.

‘I was woken up by a loud bang, which I thought was somebody over at the school, people going through there,’ she told ABC.

‘A doorbell rang this morning — a police officer telling me that somebody had been shot.’

Another neighbour said she was woken by the gunshots and ran to her window to see a man in a mask and hoodie.

The shooting occurred across the road from the Corinda State School less than six hours before hundreds of students were due to return to class after school holidays.

There’s also a preschool and a childcare centre on that block in the quiet, mainly residential suburb.

The student drop-off zone was closed on Tuesday morning with parents told to allow extra time to get their children to school. 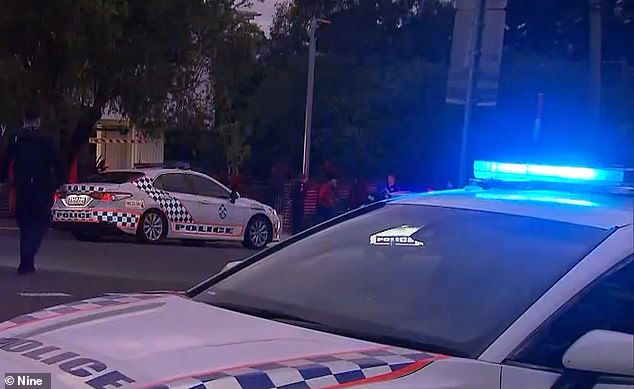 A neighbour said she was woken by the gunshots and ran to her window to see a man in a mask and hoodie (pictured, the scene where a man was fatally shot in Brisbane on Tuesday morning)