Police officers under investigation for offences such as child sexual abuse and corruption can resign and take up other public roles elsewhere under current College of Policing guidelines.

The College of Policing has two lists, active since 2017, which contains the details of individual officers dismissed after an investigation into their behaviour, usually for gross misconduct.

Officers who are dismissed for gross misconduct whilst they are still employed by their police force are added to the ‘barred’ list, which prevents them from taking up another job in policing and certain other public jobs for at least five years.

But officers who choose to resign or retire from their role while under investigation are added to the ‘advisory’ list – which means they could get another public-facing job in the future. 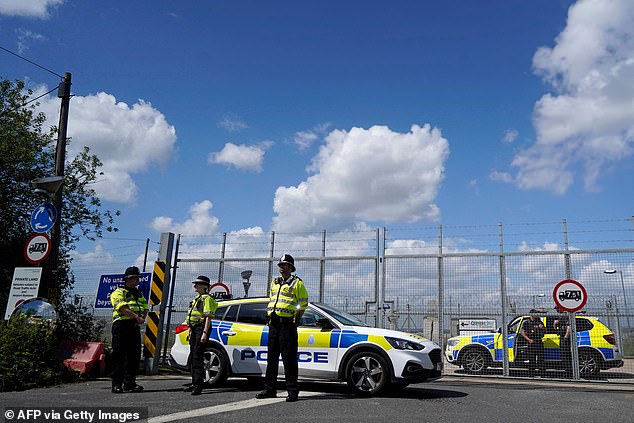 Under the current system, officers who resign or retire while under investigation can seek other employment without a new employer being aware of the allegations made against them (Stock image) 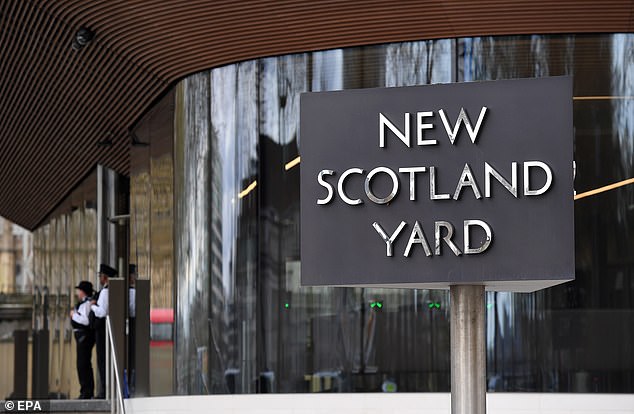 The latest data from 2020-2021 showed 257 officers were barred from duty in one year, with the Met Police leading the way at 50 officers 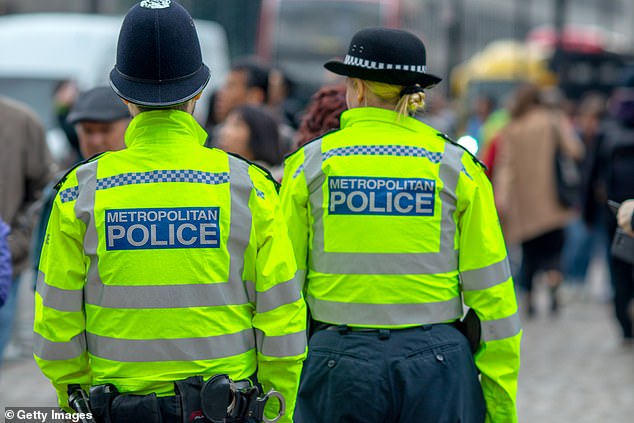 Data from last year shows 38 officers were barred for abusing their position for a sexual purpose, 16 for assault, seven for child sexual offences or possessing indecent images of children and 20 for sexual misconduct or offences

While the barred list is open to the public to view, and employers to check, the advisory list is not – leaving potential employers potentially unaware of the allegations against the applicant.

The list is made available only to other police forces, the Home Office, the Independent Office for Police Conduct (IOPC) and Her Majesty’s Inspectorate of Constabulary and Fire & Rescue Services.

If an officer is dismissed after the conclusion of an investigation they are then moved to the barred list – but as investigations can take years to complete former officers can generally find alternative employment before this happens.

Of the 257 officers placed on the barred list between April 2020 and March 2021, the latest data available, 46 per cent chose to resign or retire while under investigation – meaning they could seek alternative jobs before being added to the list.

Data shows for some forces all officers who were eventually placed on the barred list left the force while they were under investigation – for the 2020-2021 year this included Leicestershire, Suffolk and West Mercia forces.

Reasons for dismissal included 38 officers who abused their position for a sexual purpose, 16 for assault, seven for child sexual offences or possessing indecent images of children, 20 for sexual misconduct or offences and seven for domestic abuse or harassment.

The Metropolitan Police, which has just been placed in special measures, barred the most officers in 2020-2021, with 50 added to the list.

An investigation into officers on the barred list by The Times found concerning examples of officers who have taken up public-facing roles while being on the advisory list.

A Greater Manchester Police (GMP) officer who was accused of abusing his position to strike up relationships with victims and witnesses of crime, Simon Beech, was allowed to become a safeguarding coordinator at the Royal British Legion.

The charity told The Times it was not made aware of any ongoing investigation when it requested a reference for Beech, 35, from GMP.

He had been suspended on full pay for two years before he resigned, and the investigation took a total of five years to complete.

He allegedly then contacted two of the women and urged them not to speak to police.

He has since left the Royal British Legion, where he worked for two-and-a-half years from 2019 to 2021. Before that he had been employed by GMP for almost 11 years.

Beech’s LinkedIn profile states he has experience in ‘safeguarding adults and children, identifying and managing risk, investigation into criminal and safeguarding concerns, [and] covert and overt surveillance.’

The Metropolitan Police is also under fire after an officer accused of predatory behaviour became a black cab driver.

Phil Hunter, 58, retired during the investigation after being accused of sleeping with a suicidal woman who he met when performing a welfare check.

The woman, who cannot be identified for legal reasons, was struggling to cope after her brother took his own life.

The complaint was upheld and, after the Metropolitan Police informed Transport for London that a second woman had come forward about further inappropriate behaviour, Hunter’s cab license was revoked.

Hunter’s taxi licence was revoked in August 2021. Graham Robinson, TfL’s general manager of taxi and private hire, said: ‘We revoked this individual’s licence as soon as we became aware of all the relevant information.’

Police forces across the UK have come under fire in recent months after a spate of scandals – the most notable of which involve London’s Metropolitan Police.

The kidnap, rape and murder of Sarah Everard by a serving police officer in March 2021 sparked nationwide anger, which only increased after officers arrested women at a vigil in her memory for breaking coronavirus restrictions.

The force has since been found to have acted unlawfully at the vigil.

There have also been multiple reports of messages between serving officers on WhatsApp containing sexist, racist and homophobic comments – including officers at Charing Cross who shared ‘abhorrent’ messages which included joking about domestic violence.

A spokesperson for the Home Office said: ‘The police must ensure their actions are beyond reproach, acting within the law, being transparent with the public and following all relevant disciplinary processes.

‘As part of the Government’s commitment to improving police integrity, all officers, special constables and staff members who have been dismissed from policing after investigation are placed, indefinitely, on the College of Policing’s published barred list.

‘Since 2017, officers can now also be pursued for gross misconduct, even if they have already resigned, or retired.’