A father will serve five years behind bars after his nine-month-old daughter drowned in a bath while he smoked a cigarette and browsed Facebook.

Daniel James Gallagher pled guilty to manslaughter and was sentenced for ‘negligent killing’ after his baby Leah Jayde died at their Hervey Bay home on the central Queensland coast on April 2 last year.

The Brisbane Supreme Court on Wednesday heard Gallagher put his daughter in the bath with the water running and left her unsupervised to attend an electrical fault in the house.

Daniel James Gallagher (left) was sentenced to five years in jail for his involvement in the death of his nine-month baby girl Leah (right). The 27-year-old left Leah unattended in the bath with the water running while smoking a cigarette and browsing Facebook

The court heard the 27-year-old smoked a cigarette and used his phone to browse Facebook before he returned to find his daughter ‘floating face down,’ Courier Mail reported.

Gallagher called emergency services and attempted CPR before paramedics arrived at the home and tried to resuscitate little Leah.

The nine-month-old was taken to Hervey Bay Hospital where she was pronounced dead.

‘This was more than inattention … his actions caused an entirely avoidable death,’ Mr Cook said. 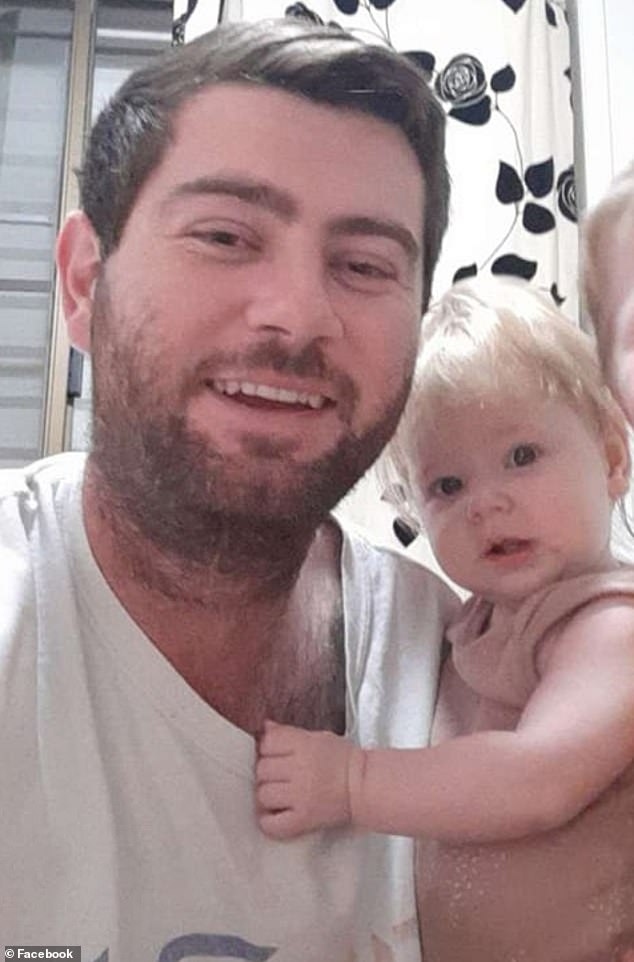 ‘The victim impact here is of course extreme.’

The court heard a similar incident took place days before the baby’s death when Leah’s mum went to the home and allegedly found Leah unattended in the bath while Gallagher was smoking.

Barrister Andrew Hoare said Mr Gallagher failed to acknowledge the risk of his actions but was sincerely remorseful.

‘My client will always have the guilt of his conduct,’ Mr Hoare said.

‘My client has appreciated that his conduct won’t just have an effect to him but … to everyone who loved his daughter.’

Justice Peter Applegarth said the incident which happened a few days prior to Leah’s tragic death should have served as a wake-up call to Gallagher.

The devastated mother said she had been robbed of her daughter’s life and experienced ‘great pain and physiological damage’.

Gallagher was sentenced to five years jail to be suspended after 15 months.