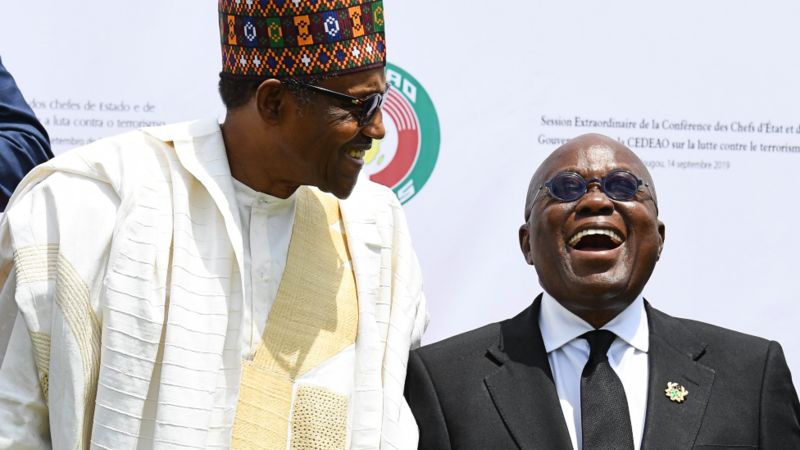 In the BBC series of letters from African journalists, Ghanaian writer Elizabeth Ohene looks at the fraught relationship between Ghana and Nigeria, which underlies the current tensions over the closure of some Nigerian-owned shops in Ghana…

We see them as too loud, and abrasive and chaotic and we believe they think they can outsmart everybody, especially Ghanaians.

They think we are too submissive, not very smart, always punching above our weight and nothing upsets them more than Ghana defeating Nigeria, in anything.

The Ghana-Nigeria rivalry has been around for as long as both countries have existed.

When I was a child, there was a Nigerian in every town and village in Ghana.

I went to school with them and there was the Nigerian woman – “Mami Alata” they were called – who sold everything and you could wake her up in the middle of the night to buy three cubes of sugar.

The Nigerians were especially visible in the retail trade sector and in the diamond mining towns.

The two countries do not share borders, but it has always felt like we did. That we are separated by Togo and Benin has never really mattered – we feel like we are neighbours.

Obviously, something to do with the two countries being English-speaking and British colonies in the midst of French-speaking countries. 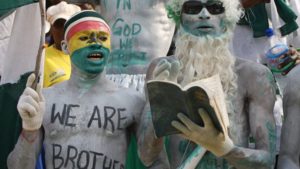 Until independence, we had the same currency and airline, and the same apex court settled all judicial matters.

There were regular sporting competitions between our Achimota School and their Kings College.

I know of one lasting marriage that came out of those sporting meetings.

Then in 1955, came the 7-0 thrashing by Ghana of the Red Devils, as the Nigerian national football team was called at that time.

It is the stuff of legends, and for years, it hung there behind every conversation, every argument, private or national, between our two countries.

Then Ghana got her independence in March 1957 and our Nigerian cousins got theirs in October 1960.

This did not feel right – for many Nigerians, they were bigger and should have got their independence before small Ghana.

They might be bigger, but at the time, Ghana felt and was richer than Nigeria – before oil was discovered.

We kept up the neighbourly rivalries and friendships.

Then came the Progress Party government’s Aliens Compliance Order of November 1969, which ordered all undocumented aliens to leave Ghana.

Even though there were Togolese, Burkinabes, Ivorians, Nigeriens and other West Africans in the country, Nigerians, mostly ethnic Yorubas from the south-western states of Nigeria, formed the majority of the foreign population in Ghana then.

Some of them had been living here for years and were into their second and third generations. It felt like the exercise was aimed at Nigerians and their journeys home were not pleasant.

Then oil came to Nigeria and as they became rich, Ghana’s economy collapsed and from around 1974, the exodus to Nigeria was on. 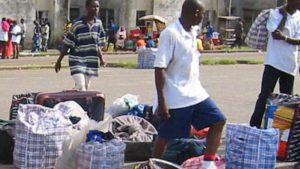 University professors, architects, engineers, carpenters, masons, tailors, hairdressers, maidservants and our classrooms were emptied of all teachers from kindergarten, primary, secondary and tertiary.

Then in 1983 the Nigerian government announced the expulsion of all undocumented aliens.

Since Ghanaians constituted the majority of the aliens, it felt like this was aimed at Ghanaians.

The unofficial name for the exercise, and for the plastic bag that the desperate departing Ghanaians used to carry their possessions, became “Ghana Must Go”.

It was not a pleasant journey back to Ghana. We were at our lowest ebb and we were mocked mercilessly as we shopped for toilet roll and cooking oil to take home.

The Nigerians would never admit it, of course, but it did feel like the hurt of the Ghanaian 1969 Aliens Compliance Order had been finally assuaged.

Gradually, we went back to building a relationship, because we really couldn’t do without each other.

The West African regional organisation, Ecowas, had come into being in 1975 and as the two major English-speaking countries in the group, we needed each other to make things work.

Things were stable for as long as we recognised their “seniority”. That we were the poor relations was firmly established.

They brought Ghana to a halt in 1982 by stopping the special terms for selling us oil. We went to beg, and it was restored.

In the early 2000s Ghana’s President John Kufuor went to see Nigerian President Olusegun Obasanjo to tell him the Ghana Police Service had 100 vehicles to its name and Nigeria gave us vehicles for our police. 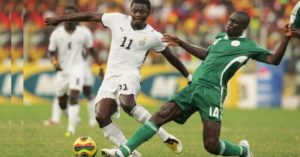 But we remained a favourite destination for their rich and famous, and they send their children to school here in Ghana.

The Black Stars also did not often play according to the script and every now and again, defeated the Super Eagles, as Nigeria’s national football team were now known.

The current tensions between the two countries are being blamed on bilateral trade differences.

There is a law that restricts foreigners from retail trade – and Ghanaian traders do not want the Nigerian traders in the markets.

Ghana’s law and the current crisis:

Foreigners in Ghana can’t run small retail shops, but they can own wholesale firms or other businesses in which around $1m (£782,000) has been invested

The law is intended to protect smaller local traders and those running small business like barbers or beauty salons, but is not always enforced

Market traders have sometimes taken the law into their own hands, which prompted the authorities to do an audit of retail shops in August and close some Nigerian-run stalls

As the trade ministry try to resolve things, matters have assumed diplomatic dimensions.

The Nigerian federal information minister has spoken some strong words.

The Ghana information minister has issued a comprehensive rebuttal.

The Nigerian foreign minister has been busy on his Twitter account complaining about “the forceful closure of the shops of Nigerian traders in Ghana” and ascribing reasons for the closure.

Our foreign minister felt her counterpart had overstepped the mark and summoned the Nigerian high commissioner to her office to tell her some choice, straight words. 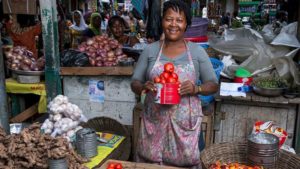 The speaker of our parliament stepped into the fray and invited the speaker of the Nigerian House of Representatives to Ghana.

He came with a strong delegation and after four days of meetings he pronounced that “the issue at hand is basically a misconception and misinformation”.

There have been stories in the Nigerian media that Nigerians own most of the buildings in the fancy parts of Ghana’s capital, Accra, and that might well be true.

They are talking about the number of Nigerian banks in Ghana and there are suggestions they have enough economic muscle to squeeze us where it hurts.

The Ghana retail traders might not have 100% support among their compatriots about wanting the Nigerian traders out of the markets.

Because, like the “Mami Alata” in days of yore, the Nigerian trader would stay open for one would-be buyer and not close up for three days to go to a funeral.

We are all holding our breath and the feeling is maybe we should learn to do without these cousins of ours.

But we are yet to learn how the tongue learns to do without the teeth.

Advertisement The #EndSARS protest across major cities in the country has now gotten global attention via social media as Nigerian youth call on the Nigerian Government to scrap the Special Anti-Robbery Squad (SARS) – a police unit responsible for constant harassment and brutality of Nigerian youths. A good number of international news platforms in are… 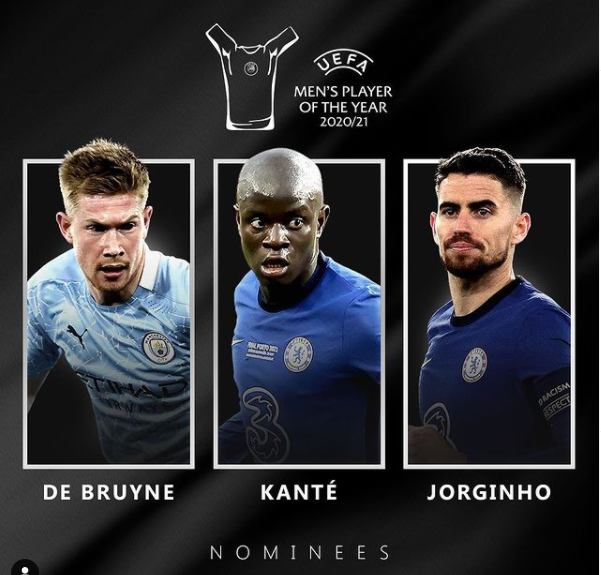 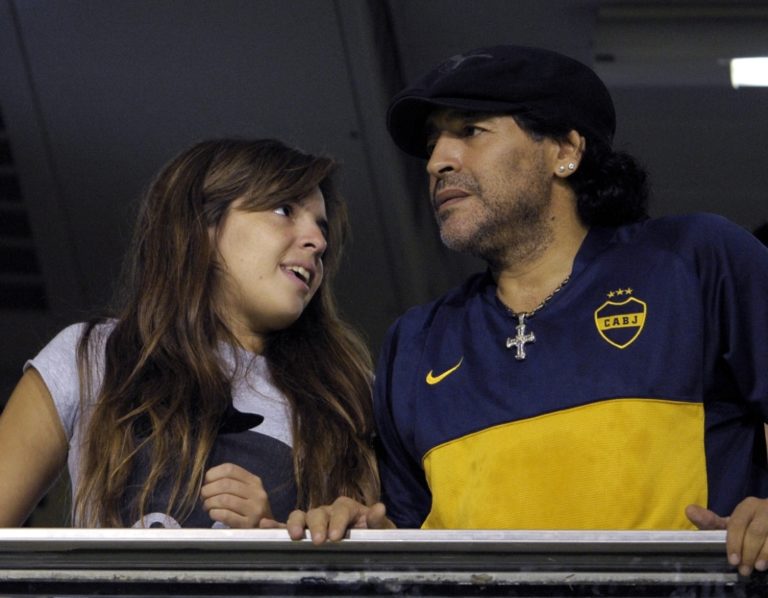 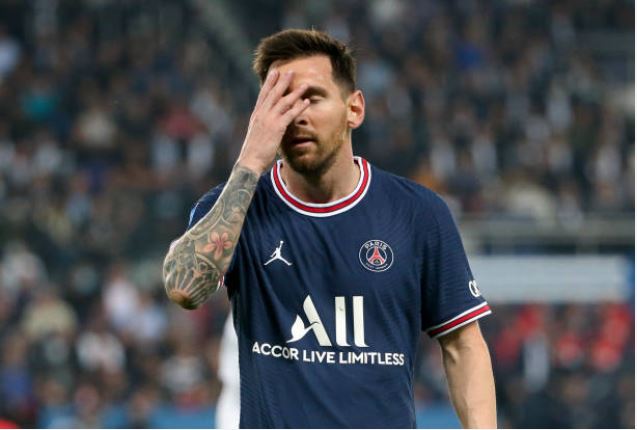 Advertisement See how Lionel Messi reacted after being substituted in PSG’s 2-1 win against Lyon (video) There is news about Argentine superstar Lionel Messi. Messi played his first home game for Paris Saint-Germain at the Parc Des Princes. It was a French Ligue 1 fixture between PSG and rivals Lyon. Advertisement Messi was substituted in… 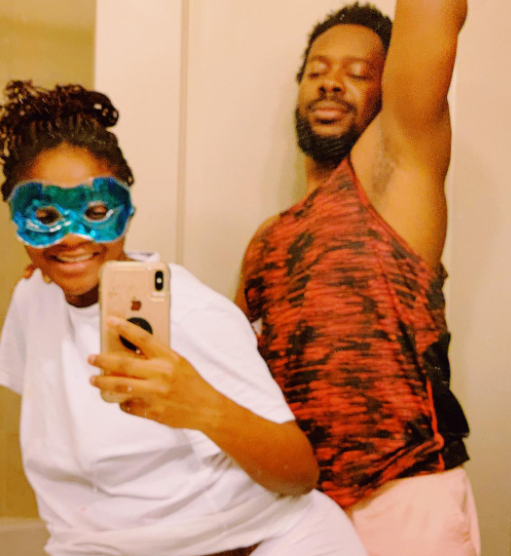