A dozen House Republicans introduced a bill Tuesday that would make it a crime for any staff member of the Supreme Court to leak a draft of an opinion before a final version is issued.

The bill, called the Leaker Accountability Act, could see court employees fined or spend up to five years in prison if they divulge ‘any confidential information’ during their time of employment.

The legislation is in response to a draft opinion being leaked to Politico showing conservatives on the court are poised to overturn the 1973 landmark abortion case, Roe v. Wade, and turn decisions on abortion laws back to the states.

GOP Conference Chair, Rep. Elise Stefanik, is one of the bill’s co-sponsors.

‘The unauthorized leak of the draft opinion in Dobbs v. Jackson Women’s Health constitutes a grave breach of judicial ethics and a deliberate attack on the independence of the Supreme Court,’ Johnson said Tuesday in a statement. ‘This legislation is now, unfortunately, a necessary step to discourage future such attempts to intimidate justices during their deliberative process and restore independence to the Court so that it can ensure the American people are afforded equal and impartial justice under the law.’

‘The institution of the Court has been damaged and we must do what we can to try to repair it,’ the congressman added. 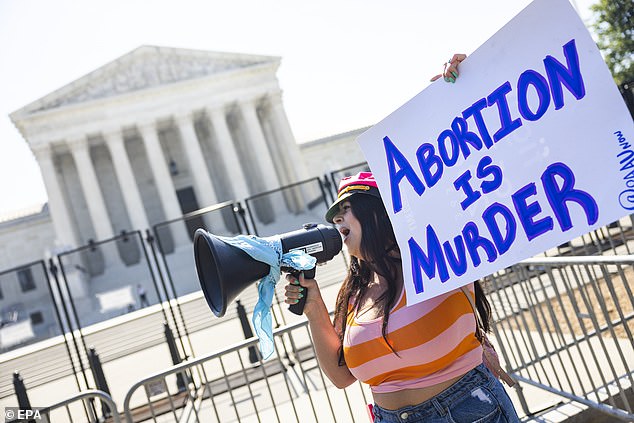 A dozen House Republicans introduced a bill Tuesday that would make it a crime for any staff member of the Supreme Court to leak a draft of an opinion before a final version is issued. Pictured: An anti-abortion activist stands outside the Supreme Court 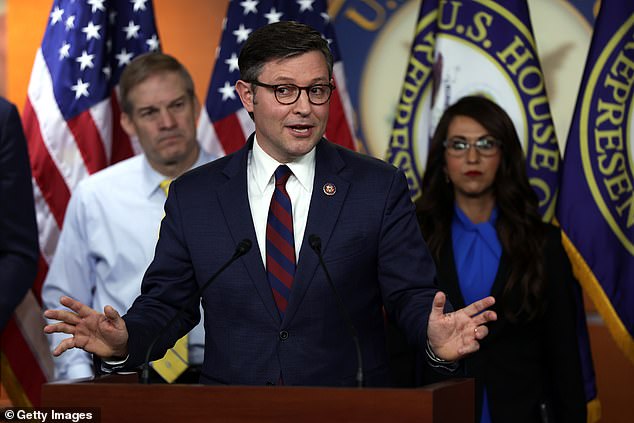 The House GOP’s Conference Vice Chair, Rep. Mike Johnson of Louisiana (pictured), is leading the effort to criminalize future leaks and was joined by 11 House Republicans who are co-sponsoring the bill

Earlier Tuesday, CNN reported that law clerks are being asked to turn over their personal cell phone records and sign affidavits as the search ramps up for the leaker.

Language of the affidavits and what the scope of the cell phone search are not yet clear, sources familiar with the efforts the network – but the potential of handing over their personal devices have clerks exploring their options, including hiring outside counsel.

Considering the crack down on law clerks, it’s likely the court has not yet been successful in determining the source of the breach.

While the move asking for personal phone records is unprecedented in the Supreme Court, so is a leak of a draft opinion that led to the investigation in the first place.

On May 2, Politico published a scoop with what appeared to be a photocopy of a draft opinion from conservative Justice Samuel Alito that showed the overturn of Roe v. Wade, which would end federal protections for a woman’s right to get an abortion and kick the issue back to the states.

Chief Justice John Roberts confirmed the authenticity of the draft opinion and immediately launched an investigation into who leaked the document.

He appointed Supreme Court Marshal Gail A. Curley to lead the investigation to track down the leaker.

The leak launched the country into a frenzy earlier in May with pro-choice activists showing up at conservative Supreme Court Justies’ homes in protest and pro-life activists praising the move. Democrats are demanding action in Congress to codify federal abortion rights, while Republicans are furious over the leak and demanding the person who shared the document from the court be brought to justice.

According to CNN, Justice Roberts met with law clerks as a group following the breach. It is still unclear, however, whether individual interviews have been conducted. 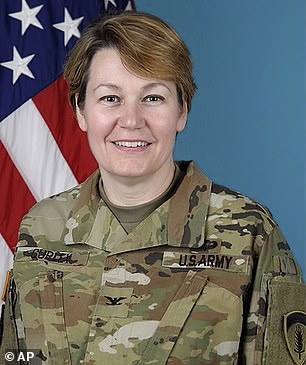 Supreme Court Marshal Gail A. Curley (pictured), on the behest of Chief Justice John Roberts,  is leading the investigation into finding who leaked the draft opinion

A one-year clerkship at the highest U.S. court nearly cements an indivduals’ ability to move onto a prestigious law firm or top government job. Some even go on to serve as senators.

Six of the nine current Supreme Court Justices are former clerks themselves.

The leaked opinion by Justice Alito was signed on by four of the other justices with the lone dissenting conservative justice being Chief Justice Roberts.

Alito’s opinion stems from the Mississippi case Dobbs v. Jackson Women’s Health Organization, which examined states restricting abortion at the 15-week point of a pregnancy. Roberts says that while e does support limiting terminating a pregnancy at that point, but doesn’t go as far as wanting to fully overturning the landmark abortion case.

Even without Roberts, however, conservatives in the 6-3 majority have the numbers to overturn the 50-year-old ruling.

The official opinion is expected to be published in late June. 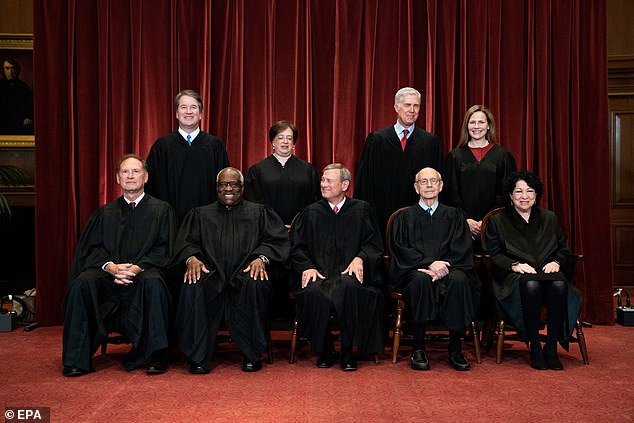 It appears the scrutiny is being placed on Supreme Court Justices’ clerks, of which each of the nine on the bench usually has four

The decision on Roe v. Wade in 1973 made abortion legal at the federal level, but those in the pro-life movement say the issue should have always been decided on a state-by-state basis.

Thirteen red states have so-called trigger laws, which means that if the Supreme Court strikes down the precedent set by Roe v. Wade, their legislature would immediately enact a law that would totally ban abortions.

The investigation into the Supreme Court leaker comes at the busiest time of the annual term as justices prepare to issue rulings on cases by the late June deadline amid increased public scrutiny.